Horror reflects the fears and anxieties of the time. It feeds on them and displays them, laying them bare and naked — ready for consumption and digestion by the masses whose fears and anxieties it has glutted itself on. With that said, no matter where you stand on Donald Trump being elected president of the United States, you can be sure that horror as a genre will grow ripe and almost surely yield some fruit worth picking.

A genre like horror is never good when it’s complacent. A genre like horror is never good when things are going fine. It thrives on conflict from both sides. In that way, horror is very much non-partisan. Many convincing arguments have been made that horror as a genre is inherently conservative or liberal meaning, therefore, it lends itself to a certain political ideology, party or frame of mind. But the fact is horror feeds off fear. And fear is universal and can be interpreted in any and all ways. And while some films and stories certainly have clear leanings and messages behind them, the horror displayed at its core is common ground.

Invasion of the Body Snatchers (1956)

Invasion of the Body Snatchers (1956), for example, may have been about the Red Scare, but at its core it was about an intangible enemy; that enemy being the unknown. We as humans, regardless of parties and doctrines, have a fear of the unknown and of that which we can’t explain, we can’t see, and we can’t understand. It’s in our DNA. And right now that is the universal fear of many, including myself.

With that said, as members of the inclusive horror community, let’s try and sent an example for the rest of the United States and the world. 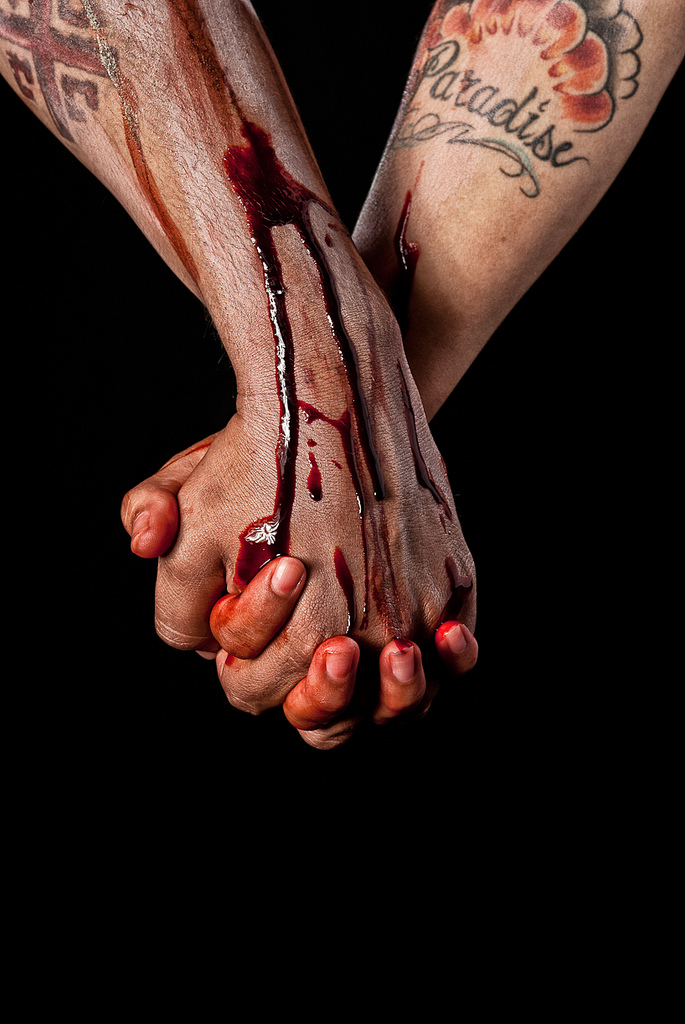 Let’s not let the bonds and bridges we’ve built fall because our views on politics differ. Let’s all keep in mind that what we ALL fear is the unknown, and the genre we love will grow fat on the vine without us bickering amongst ourselves. We diehard fans make up a small percentage of the population, admittedly, compared to the rest of the United States and the world, and so I have no doubt there will be plenty of fear, anxiety and conflict to go around without us. There will be plenty enough to fertilize the earth and grow ripe new frights for the next four years.

And, even if the world does someday take our lead and respectively agrees to disagree and move on, don’t think horror will grind to a halt or grow lazy. We as horror fans know ourselves and the world we live in too well to believe such a thing. We know the world will never be completely fine. We know we’ll never be completely fine.  And so there will always be fear and anxiety about something, even if we keep it to ourselves, it will manifest somehow, and it will be wonderful!