In honor of its anniversary, we celebrate the legacy of the slasher classic that birthed a beloved horror icon, “A Nightmare on Elm Street”. 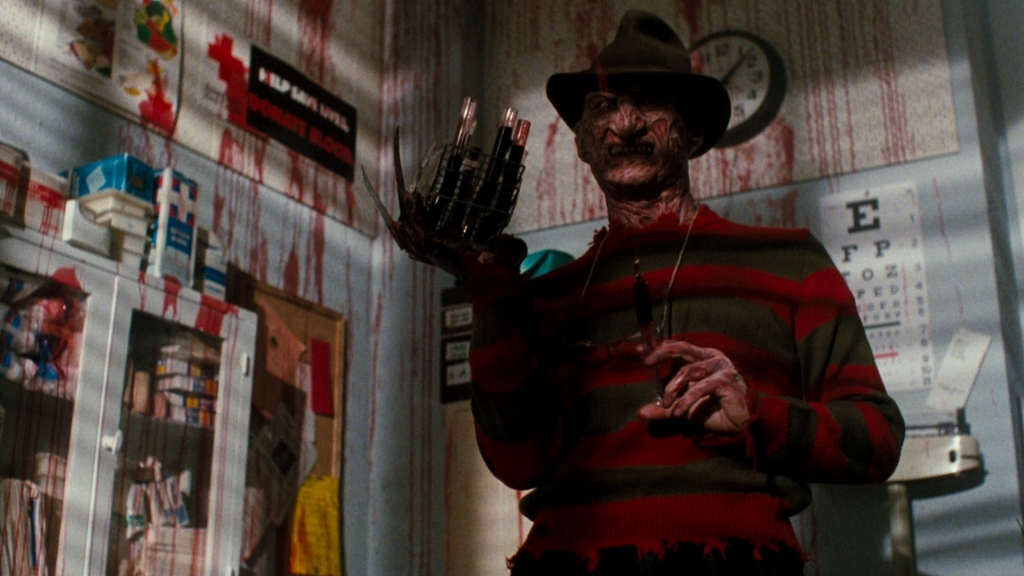 Freddy Krueger is the perfect nightmare.

From his extensive burn scars to his razor-sharp fingers, Krueger embodies our worst fears. In life, he committed the most heinous crimes; he’s a child killer. Murdered by a mob of angry parents, he reaches out from beyond the grave for vengeance. He haunts dreams and can kill in them.

Out of all of the horror movie characters, Freddy Krueger is one of the most frightening.

He seems unstoppable. All his victims had to do was fall asleep. He can come to get you in your dreams. With that, Craven brought horror to the last of safe-havens.

Michael Myers could be lurking in the shadows of your living room. Jason could be under your bed at summer camp. But Freddy will find you in your dreams.

I remember the first time I saw the movie when I was a child. I was frightened but fascinated. I remember watching it and wondering how Nancy was going to defeat Krueger. 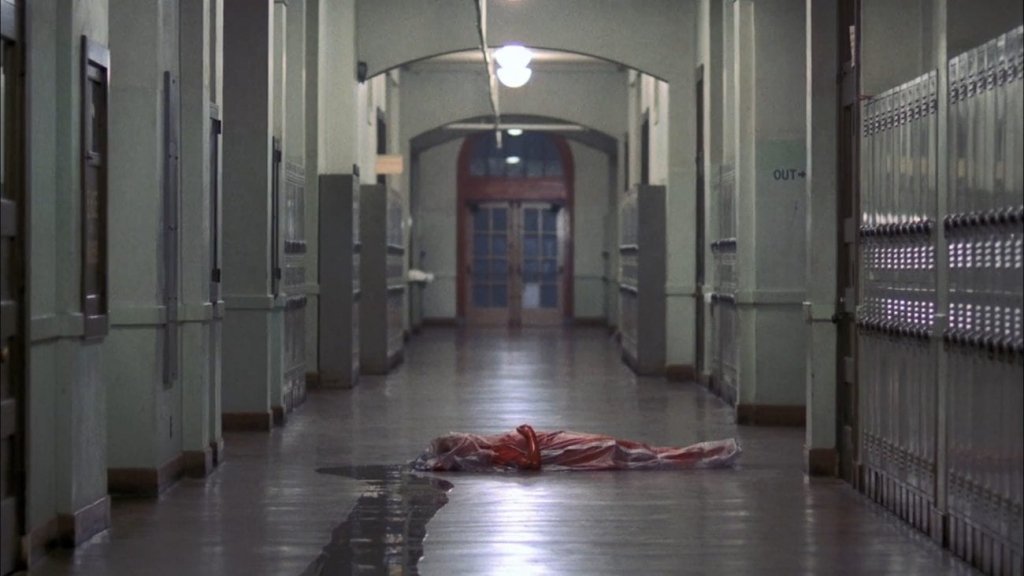 Freddy Krueger was a mixture of basic psychology, real-life events, and Craven’s desire to create a slasher that would stand out from their predecessors.

According to a 2014 Vulture article, “Freddy Lives An Oral History of A Nightmare on Elm Street,” by Craig Marks and Rob Tannenbaum, Nightmare’s plot was inspired by a story Craven read in the L.A. Times. A young boy died after having a series of nightmares. The boy stayed awake for days. He told his parents that something was chasing him in his nightmares. He was afraid that if he fell asleep, it would get him.

Exhaustion caught up with him. The boy finally fell asleep. Sometime during the night, the boy’s screams woke his parents. They found him dead.

“Here was a youngster having a vision of a horror that everyone older was denying. That became the central line of Nightmare on Elm Street,” Craven said.

According to a 2018 Screen Rant article, “30 Crazy Details Behind The Making Of A Nightmare On Elm Street,” by Christopher Fiduccia, Craven told the American Film Institute that Freddy’s claws were inspired by what he saw as a basic human fear. Craven thought back to what humanity’s first threat or danger was — animals. As prey items, our most basic fear would be teeth and claws.

Craven also told Vulture, “A lot of horror villains used knives as weapons, and I didn’t want to duplicate that. So I thought, How about a glove with steak knives?”

Krueger’s iconic Christmasy sweater was designed to be purposely disorienting. 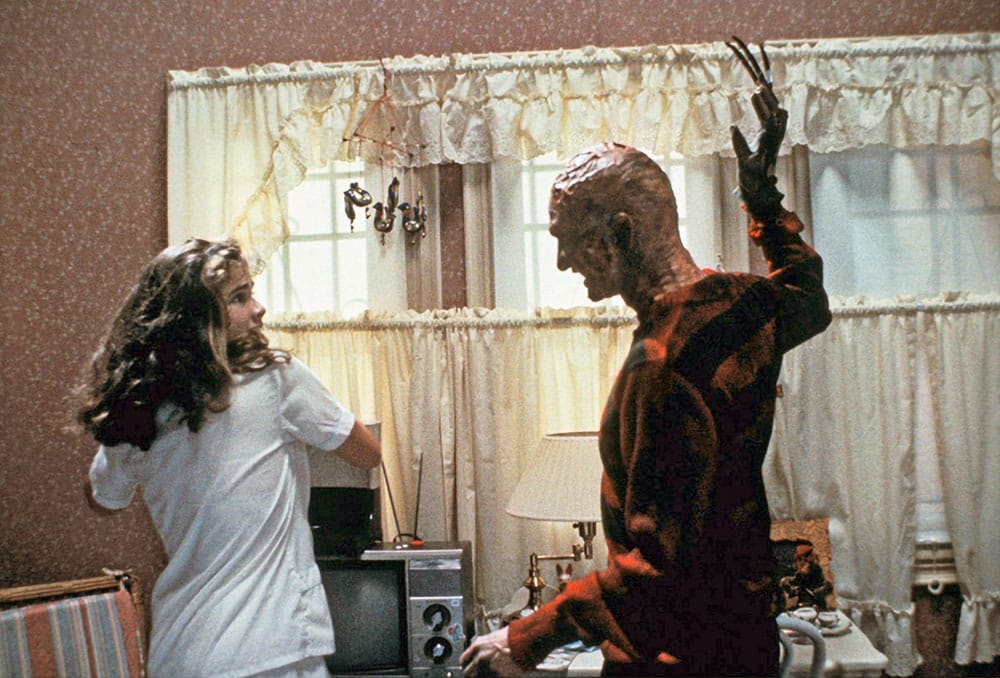 Craven did some research and found that the colors red and green are both difficult to process visually.

Krueger’s scarred appearance stems from Craven wanting him to stand out from his masked predecessors. According to Vulture, Craven said, “A lot of the killers were wearing masks: Leatherface, Michael Myers, Jason. I wanted my villain to have a ‘mask,’ but be able to talk and taunt and threaten. So I thought of him being burned and scarred.”

Craven combined elements to stir up our primal fears and instincts: scars, claws, and a visually disorienting color scheme.

Actor Robert Englund would animate them into a sinister, cold-blooded killer with a macabre sense of humor.

Krueger makes nightmares come true. This is what makes Freddy Krueger a valuable part of horror history. He’s part of our modern-day mythology. He’s the realization of our deepest fears. His dark humor is the spoonful of sugar we need to digest him. His wicked humor gives us pause and allows us to reluctantly embrace him.

Up until Nightmare, Englund was known for playing a loveable alien in the 1980s sci-fi series V. According to Vulture, Englund said that he auditioned for Nightmare because it fit into his schedule.

David Warner was originally cast as Krueger but had to back out due to a scheduling conflict. Warner has appeared in films such as Time Bandits and Titanic and various Star Trek-based series. 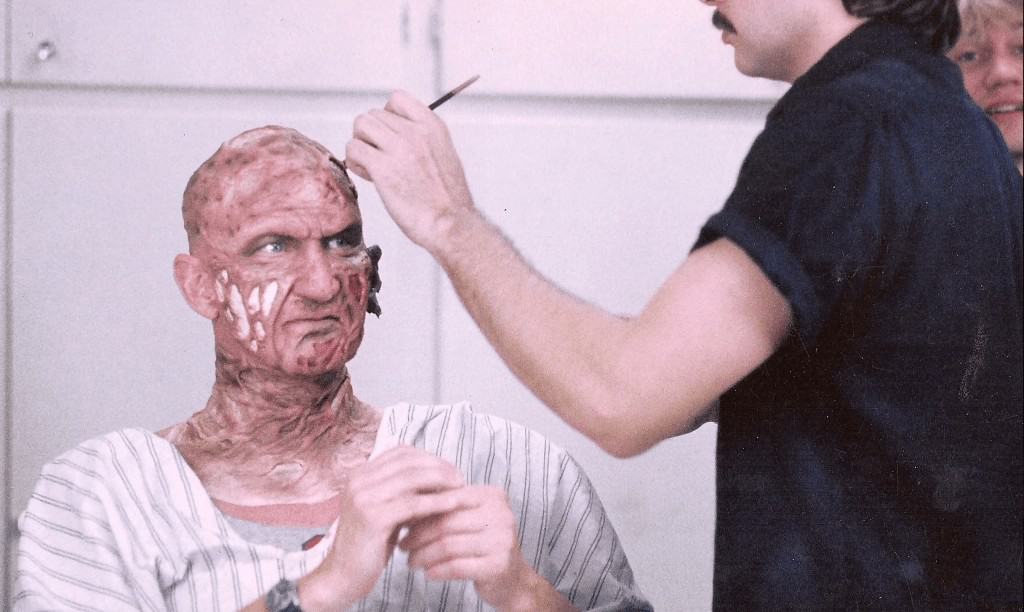 Craven told Vulture, “I couldn’t find an actor to play Freddy Krueger with the sense of ferocity I was seeking. Everyone was too quiet, too compassionate towards children. Then Robert Englund auditioned […] he impressed me with his willingness to go to the dark places in his mind. Robert understood Freddy.”