It’s doubtful genre fans, especially of a certain age, won’t enjoy the hell out of “13 Fanboy”; watch and be reminded why you love horror. 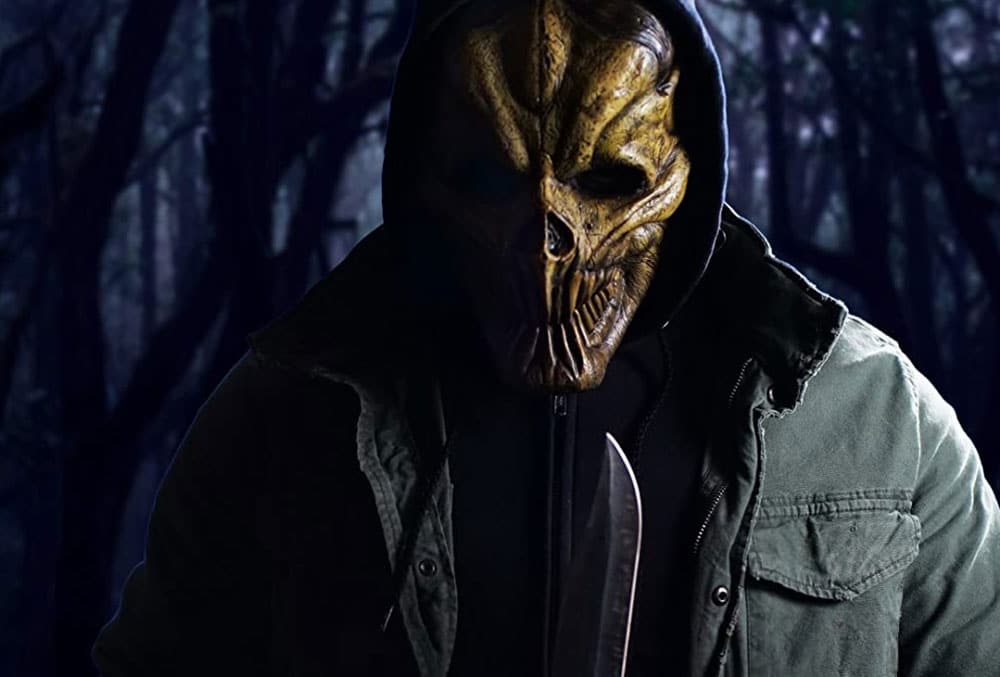 DISCLAIMER
This is a lop-sided, biased review. I’m totally in the tank for 13 Fanboy, Deborah Voorhees, and the whole cast and crew. “Gnothi seuton”: Know thyself. If you hate it, you have no soul — but I respect your RIGHT to have no soul. Also, there are a few light spoilers but not enough to ruin anything.

I’m kind of an older guy.

Born the year Jaws came out. Turned 10 the year Day of the Dead came out. Weaned on countless horror movies at the drive-in and on cable in the ’70s & ’80s. Took my high school sweetheart, now wife, to Freddy’s Dead: The Final Nightmare on our first date in ’91 (thankfully, we didn’t really pay much attention to the movie), and recorded all the Friday the 13th and Halloween movies on VHS in the mid-to-late ’90s to watch over and over alone and with friends (Jason Goes to Hell is my current favorite, in case you were wondering; Halloween III, respectively).

Over the years, my love of horror never totally faded, but as the father of three girls, Jason, Freddy, and Michael steadily gave way to Barbie, Tinkerbell, and My Little Pony (I know songs I shouldn’t know). That is, till my little Princess, Pretty, and Pupcake got old enough for me to not get in trouble by their mom for watching modern morality plays chock full of boobs and blood with them.

This September, I attended HorrorHound Cincinnati for three reasons:

1. To get a picture with Robert Englund & my oldest daughter;

2. To meet the guys from Death Curse Society, an up-and-coming horror-centric online group that Livestreams every Monday at 8 pm EST; and

3. To meet Deborah Voorhees who played “Tina” in Friday the 13th Part V and check out her new independent film starring a cavalcade of horror stars from my favorite franchises. “Freddy” was great (he stopped a whole line of hundreds of fans just to BS with me about an old Sci-Fi show he was in); and the guys at DCS were awesome, hooking me and my daughter up with tees and going out for pizza. But fanboying out to Deborah Voorhees? Next level.

You have to understand, I have always had a thing for brunettes, since before I could even pronounce “brunette”. 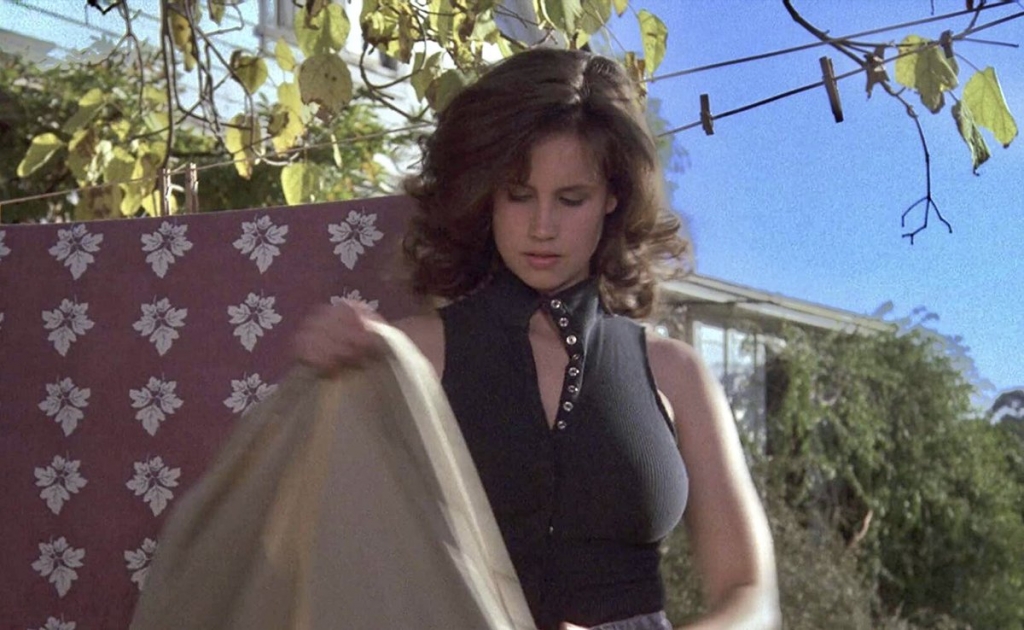 Debi Sue Voorhees was a brunette Playmate who, in her star-making role, showcased what I have always lovingly referred to as “the best set of on-screen knockers in horror movie history”.

It was only natural that I become a member of her Facebook fan page “Deborah Voorhees Shear Horror Group” (fans get the “shear” pun as a reference to her manner of death in Friday 5: garden shears to the eyes).

I had read on Deb’s fan page that she was making an independent horror movie called 13 Fanboy, all about a crazed stalker who goes after the actors and actresses from the Friday the 13th and Halloween franchises. Killer concept, especially with most of the actors playing “themselves”. But what impressed me, even more, was the number of fans totally devoted to making the project happen. The financial and moral support was staggering.

So, there I was, first thing in the morning at HorrorHound Cincinnati where the lovely Ms. Voorhees (now sporting luscious gray locks that would make Emmylou Harris blush) was screening her finished product for a select group of horror geeks and filmmakers.

As my daughter and I walked up to the little room where it was to be screened, we were stopped by event staff. “Sorry. You’re not on the list.”

My heart sank, but I pleaded my case, stating that Deborah herself had stated where the screening was to take place on her fan page and hadn’t mentioned anything about needing a VIP pass or filmmaker cred. Ten agonizing minutes passed as the empathetic HorrorHound staff made a few phone calls and pulled some strings — then the nice lady with the walkie let us in.

It felt like Willy Wonka and the Slasher Factory, walking into a dark room where the fruits of the horror community’s labor were about to transport me to a world of pure twisted imagination…

From the opening cinematics showcasing the eeriness of manmade filters mirroring and distorting creation, Tamer Ciray’s somber score sets the tone like a boss. 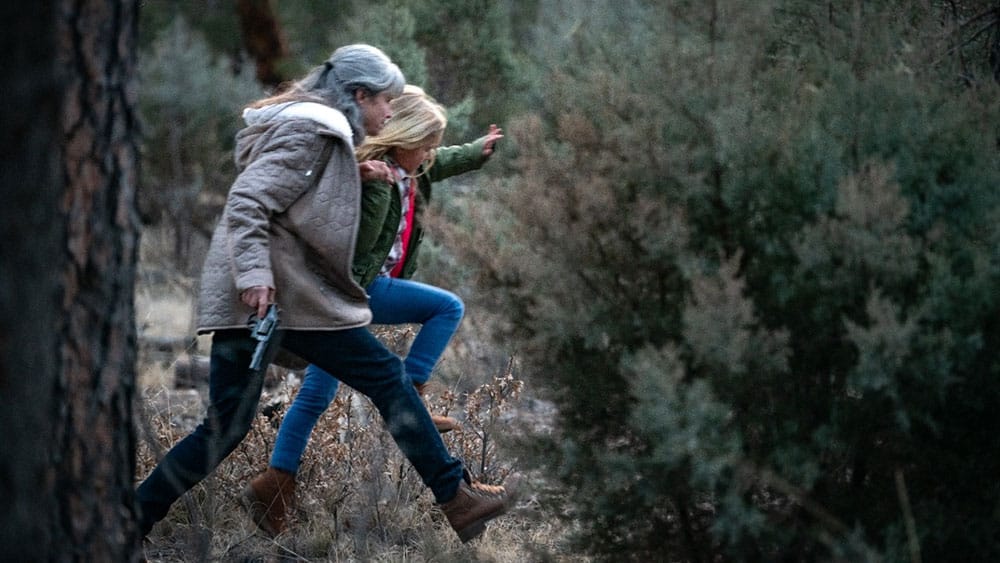 A weapon; a mysterious figure descending a dark stair; a drinking glass; as so many names familiar to horror fans appear on the screen — Dee Wallace, C.J. Graham, Lar Park Lincoln, Corey Feldman, Ron Sloan, Deborah Voorhees, Tracie Savage, Jennifer Banko, Judie Aronson — they are accompanied by the symbols and sounds of a profound nightmare.

Suddenly, the high-definition camera focuses on Kane Hodder’s name appearing over a crystalline lake with mountains in the background before cascading past the bustle of a small town then fading, along with the unnerving effects, into a woodland home.

I should feel comforted by such a lovely construct taking center stage as we join a pensive Dee Wallace setting up the plot for us while a fireplace struggles in the background to offer warmth. But Wallace’s bombardier blue eyes move past all the scenery to a place where something awful happened…that is about to happen again.

The sweeping score then shows off 13 Fanboy‘s main theme — a refrain Howard Shore would have been proud to use in The Fly or Lord of the Rings — as the grim title screen comes and goes, like a serial killer taking care of business then coldly leaving the scene of a crime.

We are introduced to the Voorhees Ranch, 13 years earlier, where Deborah Voorhees herself — playing herself, directed by herself – is having a lovely visit with her granddaughter (played by very capable child actress Poppy Gillett), which is cut short by a stalker who freaks poor Deb out by sending her photos of herself – playing herself, directed by herself, as written by herself — with her granddaughter (on a phone that won’t be released for another ten years — oops!).

We are then treated to a bit of stalking before the killer promptly murders the stable hand with a pitchfork in a barn Part 3 style and proceeds to brutally stab Gramma Voorhees to death in front of her granddaughter.

When we got to Lar Park Lincoln, star of Friday the 13th Part VII (and upcoming fan film Roseblood) crying and pleading for her life, I thought, “Oh, shit, this is gonna be epic.” And it was.

Plenty of gore, plenty of twists and turns, and beyond plenty of heart.

After watching the screener, my dau