We celebrate the life and legacy of Mary Shelley, who turned years of grief into a literary masterpiece that has endured two centuries.

In Shelley’s book, Victor Frankenstein is the son of wealthy Genevan parents. Victor mourns his mother who dies of scarlet fever shortly before Victor leaves to attend university. Victor has always had a scientific mind and throws himself into the study of chemistry and other sciences. His grief leads him to use his skills in science to find a way to reanimate dead remains. He succeeds by stitching together a being from various cadavers and reanimating it through an unspecified method in the novel.

Repulsed by his creation, Victor Frankenstein abandons the creature. Shunned by society due to his deformity, Frankenstein’s creature finds shelter in the woods in a shack attached to a cottage. 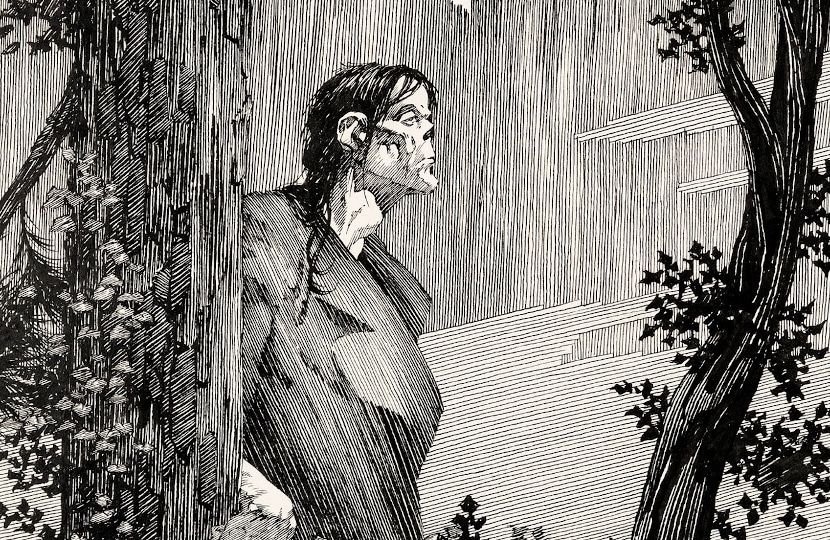 He remains hidden and helps the family who lives there by collecting firewood and clearing snow. Through watching the family interact, the creature begins to learn language and teaches himself to read. The creature speaks to the patriarch of the family, who is blind. When the blind man’s son comes home, he attacks the creature. The creature flees the cottage. He becomes enraged at the way humans treat him. He has Victor’s journal and plans to find him and have vengeance.

Published in 1818, Frankenstein‘s themes still resonate with contemporary readers. Victor Frankenstein’s story poses the question: if there were a way to preserve life beyond death, should science pursue this? Frankenstein’s intentions are pure but the consequences are disastrous.

There are also themes of alienation experienced by Frankenstein’s creation who, at heart, isn’t a monster. Yet, he is treated like one because of his appearance. As a result, the creature becomes the monster everyone imagines him to be — enraged and determined to have vengeance.

Thinking about this lead me to wonder who was Mary Shelley? How did she conceive her story? 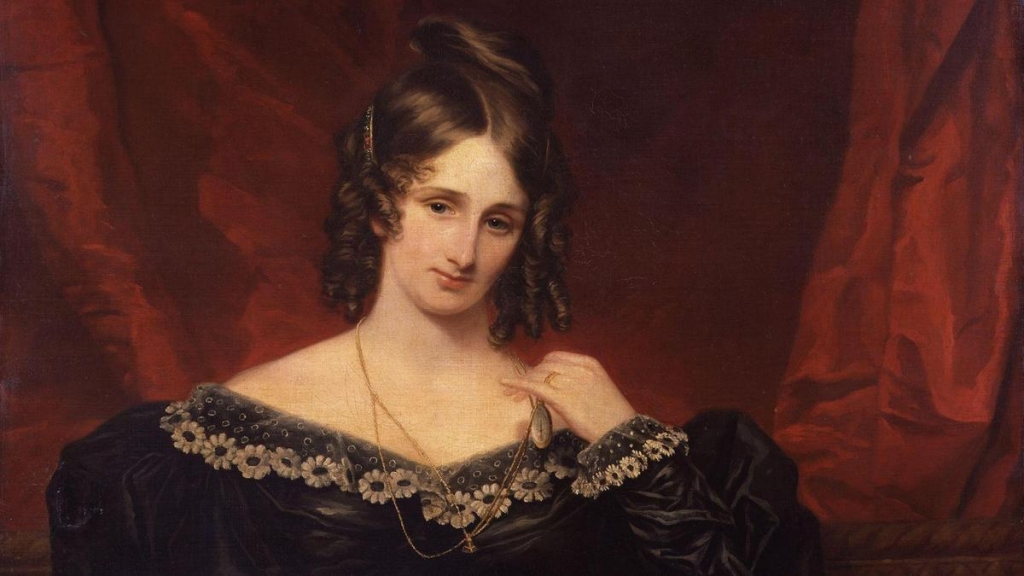 Mary Wollstonecraft Godwin Shelley was born August 30, 1797 in Somers Town, London, England. Her mother, Mary Wollstonecraft Godwin, died 11 days after giving birth to Shelley. Wollstonecraft was a feminist and writer, best-known for A Vindication of the Rights of Women (1792). Her father, William Godwin, was a writer and political philosopher. He’s best-known for Enquiry Concerning Political Justice (1793) and his novel Caleb Williams (1794), often considered the first English detective novel.

When Mary was 4-years-old, her father remarried to Mary Jane Clairmont, the Godwin’s next-door neighbor. She reportedly didn’t get along with her stepmother. Mary had step-siblings, Charles and Jane Clairmont and a half-brother, William, born in 1803. Clairmont eventually convinced Godwin to open a publishing house in her name to publish children’s books, M.J. Godwin. In 1808, 11-year-old Mary published a booklet, Mounseer Nongtongpaw; or, the Discoveries of John Bull in a Trip to Paris.

Mary reportedly spent a lot of time at her mother’s grave at St. Pancras Churchyard. She passed the time at the cemetery reading her mother’s and father’s work. Writer Sandra M. Gilbert said that Shelley was, “Endlessly studying her mother’s works and her father’s, Mary Shelley may be said to have ‘read’ her family and to have been related to her reading, for books appear to have functioned as her surrogate parents, pages and words standing in for flesh and blood.”

In 1812, as Mary entered adolescence, her stepmother sent her away to live in Scotland.

In her introduction to the 1831 edition of Frankenstein, Mary wrote that her time there sparked her creativity:

“They were my eyry of freedom, and the pleasant region where unheeded I could commune with the creatures of my fancy. I wrote then—but in a most common-place style. It was beneath the trees belonging to our house, or on the bleak sides of the woodless mountains near, that my true compositions, the airy flights of my imagination, were born and fostered.”

Her father entertained many intellectuals which included poet Percy Bysshe Shelley. He came to dinner with his wife, Harriet Westbrook during one of Mary’s short visits. The two would met again two years later, and eloped on July 28, 1814 after a brief courtship. Shelley was still legally married at the time. Their brief travels around Europe inspired Mary’s History of a Six Weeks’ Tour (1817).

Shelley encouraged Mary to write. During the first year of their relationship, she started writing two novels that were never finished, Hate and The Life of Louvet. She gave birth to a daughter on February 22, 1815. The baby was born premature and died on March 6. Mary gave birth to a son, William, on January 22, 1816.

On May 3, 1816, the Shelleys, Percy, Mary, William and Mary’s stepsister Jane, made a fateful trip to Geneva to stay with George Gordon, Lord Byron.

It was at Lord Byron’s Geneva estate where Mary would begin to pen her masterpiece, Frankenstein. 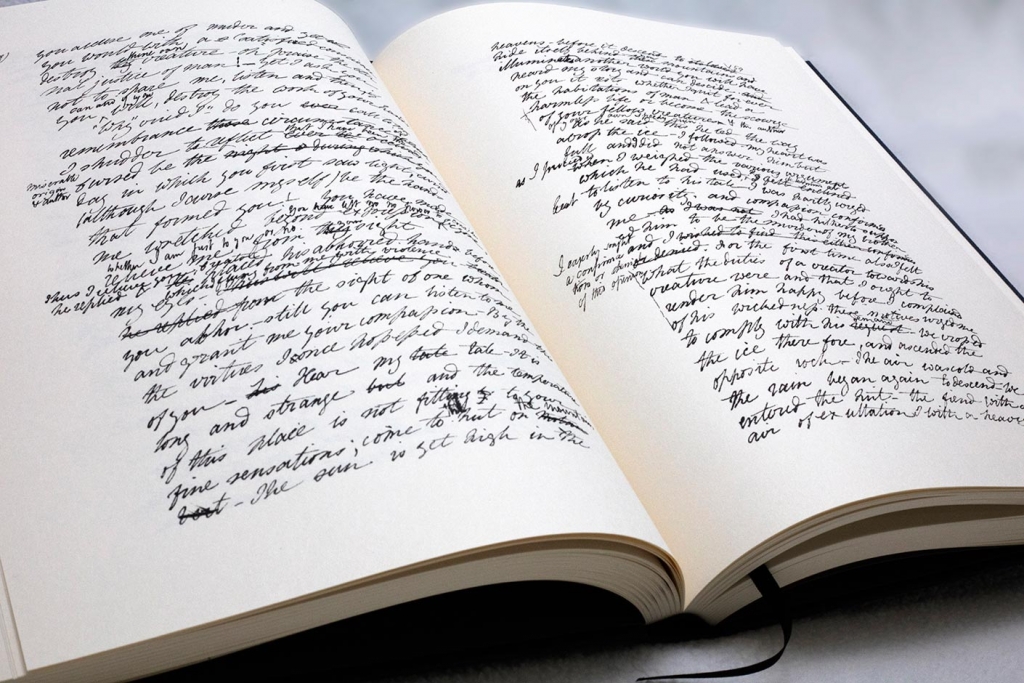 When was pregnant with her first child, she never named the baby before it died. Excerpts from Mary’s diary, published in a New Yorker article from 2018, read: “Dream that my little baby came to life again; that it had only been cold, and that we rubbed it before the fire, and it lived.”

The idea of rekindling the life a deceased loved one was in the back of Mary’s mind. By the time she traveled to Geneva with her infant son, William, she must have still been grieving for her first child.

Mary wrote about the origins of her iconic story (originally published anonymously) in a revised edition of Frankenstein in 1831. She said that she based her novel on a dream she had:

“I saw—with shut eyes, but acute mental vision,—I saw the pale student of unhallowed arts kneeling beside the thing he had put together.”

She gave birth to a daughter, Clara Everina Shelley, in September 1817.

Frankenstein was published in January of 1818 and the Shelleys embarked on another trip around Europe. 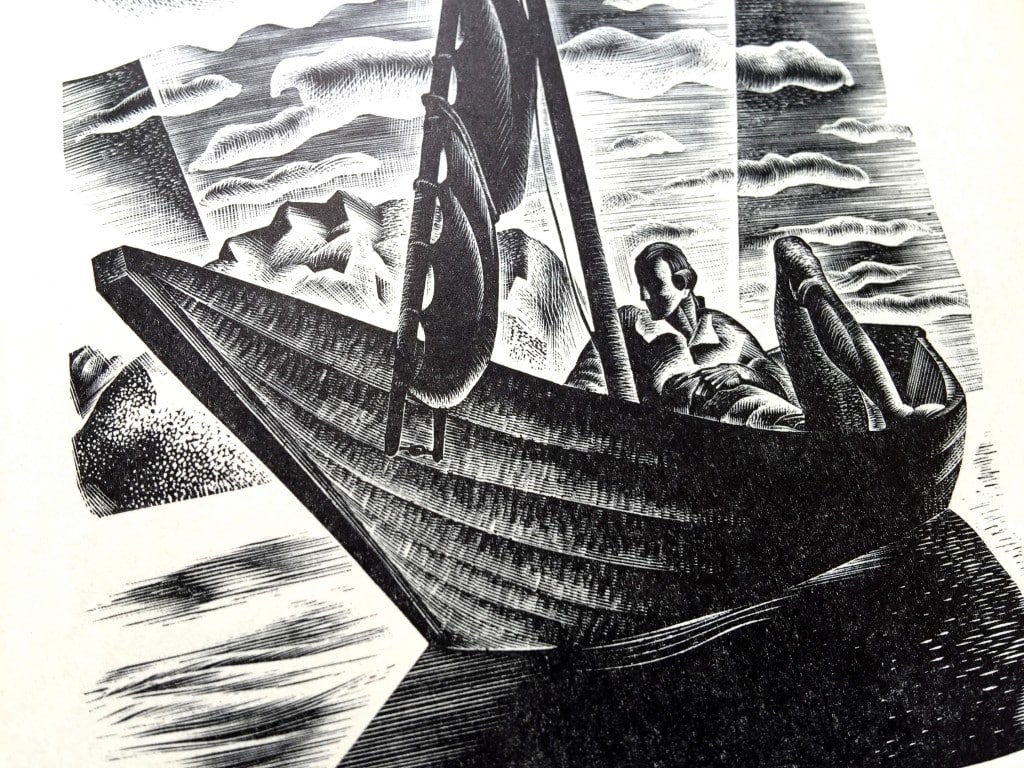 Both their son and daughter died during the trip.

Mary continued writing and completed a novel, Mathilda, that wouldn’t see publication until 1959. She gave birth to her last child, Percy Florence Shelley, in November. That year, she began extensive historical research for her novel, Valperga (1823).

In 1922, while living in Pisa, tragedy struck twice. Mary had a miscarriage on June 16 and Percy Bysshe Shelley drowned on July 8. Grief-stricken, Mary began to write poetry. In a letter to a friend, Maria Gisborne, dated, June 11, 1835, she wrote: “I can never write verses, except under the influence of a strong sentiment & seldom even then.”