A tale of the most interesting dinner party in genre history, Ken Russell delivers his distinct brand of trippy horror in this ode to genius. 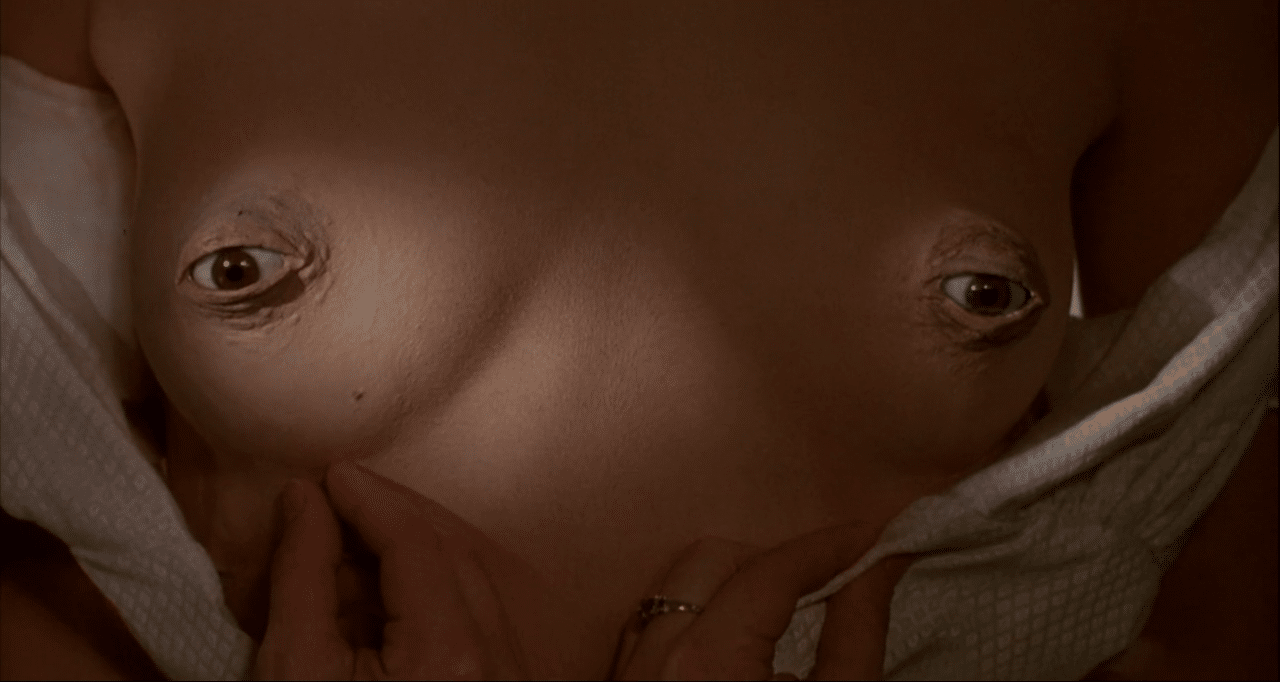 A weekend at a sprawling estate with two of horrors most iconic authors becomes a test of sanity as depravity and hallucinations unfold after a séance. Mary Shelley and John Polidori famously craft their masterpieces of horror fiction from the events which take place over these three days of sex, drugs, and manipulation. Let’s dig into 1986’s “Gothic”, directed by Ken Russell!

Based on time spent at Lord Byron’s Villa Diodati estate in the summer of 1816, Gothic tells the story of Mary and John Polidori crafting tales of horror over a storm-ridden weekend in the labyrinthine home. The works that would come out of this weekend of occult flirting would of course be Mary Shelley’s Frankenstein and John Polidori’s The Vampyre. Arguably the two most influential works of horror fiction, ever.

Russell’s films always feel like shackled lunacy with no promise of a return to normal. 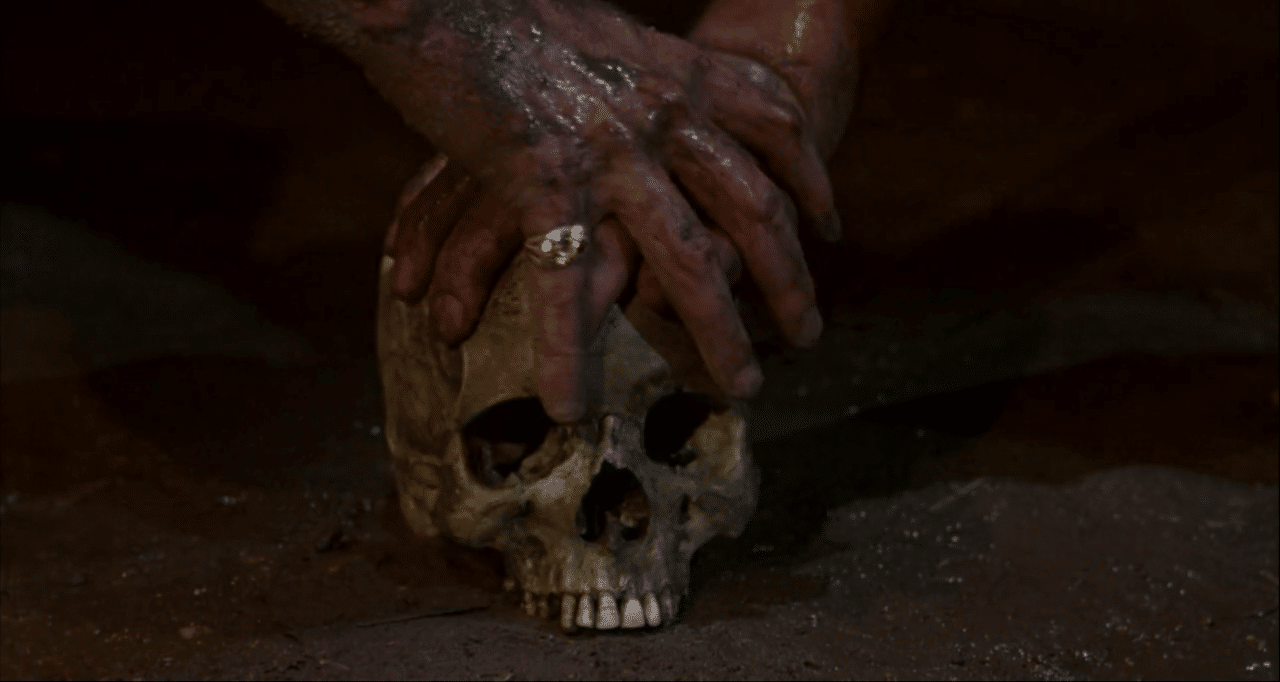 At any moment, a drug-free acid trip could ensue, with a whimsical score and a disorienting camera angle, or an oddly salacious encounter with an animal (usually a snake) that you can never tell if it’s really happening. His horror forays are always based on ancient fears which have real roots, whether literary or oil based. They are deep roots which survive culture swings, book burnings, and rational thought.

I have seen it criticized that Shelley’s inspiration for the genesis of the Monster was mishandled by blaming her madness on the loss of a child, but I believe this to be too literal of an interpretation of what happens on screen. The fetus with a depressed head at the closing supports this belief for me, symbolizing the child was an idea rather than flesh and blood.

I could fan boy out all day about the material. It inspires deep thought and fantasy as we watch masters consumed by horror and prose.

Go watch this film about the true foundation of the genre we hold so dear, executed by one of its most unique and independent voices. 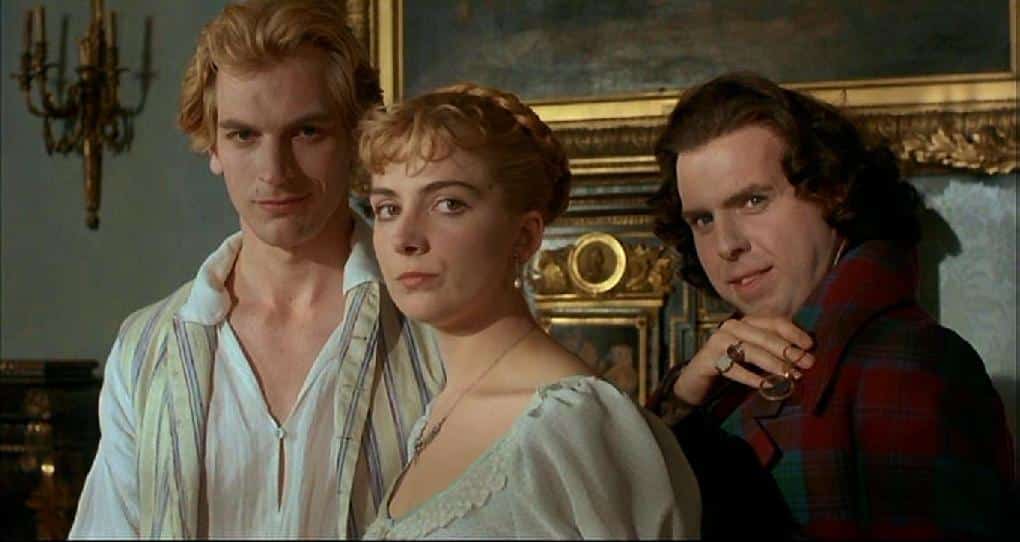 It’s a cast filled with well-known faces, including Gabriel Byrne las Lord Byron. The Usual Suspects (1995) and Stigmata (1999) were just two titles in his illustrious career you may recognize him from.

Mary Shelley is played by Natasha Richardson. The late wife of Liam Neeson, she starred in numerous romantic comedies later in her career, such as The Parent Trap (1998) and Maid in Manhattan (2002), before dying tragically due to injuries sustained while skiing.

Julian Sands plays Percy Shelley. You may know him from Arachnophobia (1990), or as the Warlock himself in Warlock (1989) and its sequel (though he sat out the third installment).

Timothy Spall, who plays Polidori, will be most notable to nerd culture as Wormtail, or Peter Pettigrew from the Harry Potter series.

Sometimes with Ken Russell, it is the gratuitous nature of a trip-inducing sequence that makes the film that much more endearing. Though not as psychoactive as The Devils (1971) or The Lair of the White Worm (1988), he pushes these characters to the brink of insanity that genius often toys with and deserves. 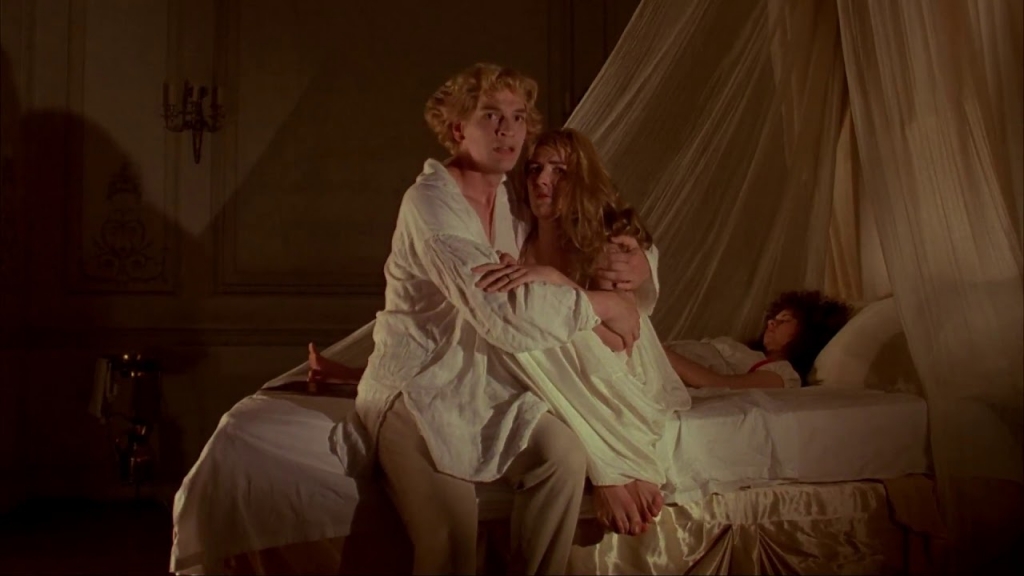 Is there a more eccentric 80s actor with leading man looks than Julian Sands? I reckon not. His range seems limitless, and perhaps it was the studio’s choice to include a blockbuster name in the role of Lestat (Interview with the Vampire), instead of Anne Rice’s choice of Sands, that kept the reins on and prevented a transcendence into super stardom.

The fruit could not be riper. In what must be one of the most auspicious foundations for a horror story based on literature, an opportunity to peek inside such a momentous historical event, at the birth of the idea for THE Monster himself. You could sell premium tickets for a seat at this dinner table if you had a time machine. Russell does the material justice, for sure, but it would be interesting to see other auteurs imagining of the event.

Vestron Video released a Blu-ray Collector’s series edition. You can also stream Gothic for free on The Roku Channel, Tubi, or Flix Fling.