“Mary Shelley” is a competent, though incomplete, look at the life of the woman who changed the face of the genre and the landscape for female authors. 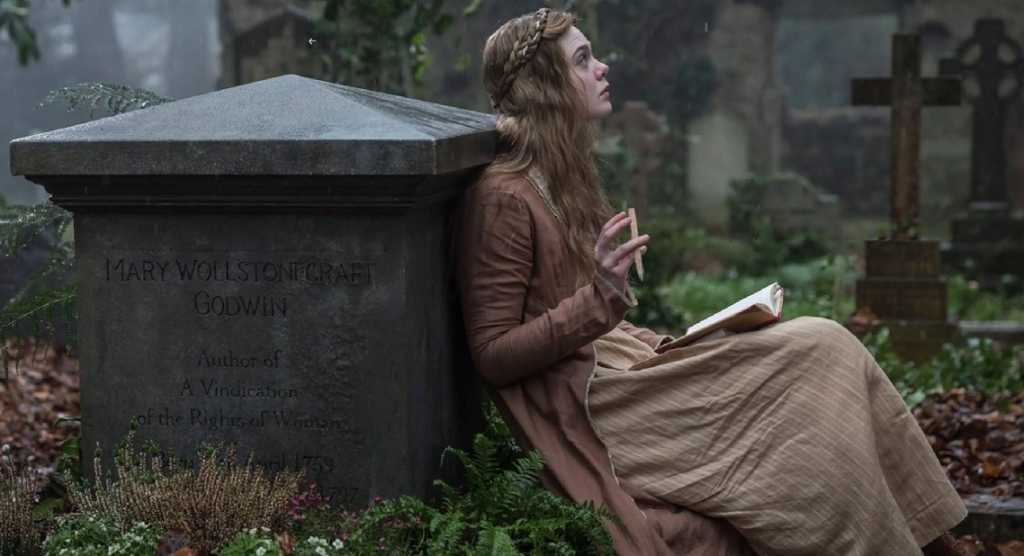 Mary Shelley was a fascinating figure, and not just because her imagination spawned one of the greatest scary stories of all time. Her 2018 biopic, directed by Haifaa Al Mansour and starring Elle Fanning, offers an artful — though somewhat oversimplified — depiction of her remarkable life.

Starting with her teenage-hood living in London, the film recounts how Shelley (born Mary Wollstonecraft Godwin) was restless in her youth. Her father’s bookshop was failing, her stepmother sniped at her constantly, and she was hounded by the expectation that she would someday follow in her famous parents’ footsteps to become an influential writer.

Shelley’s father, William Godwin, and her mother, Mary Wollstonecraft, who died when Shelley was an infant, were both well known in the literary community for publishing radical treatises on social reform and political justice. Meanwhile Mary’s creative juices flowed much more in the direction of fiction, with a special penchant for tales of ghosts and demons and other chilling subject matter. 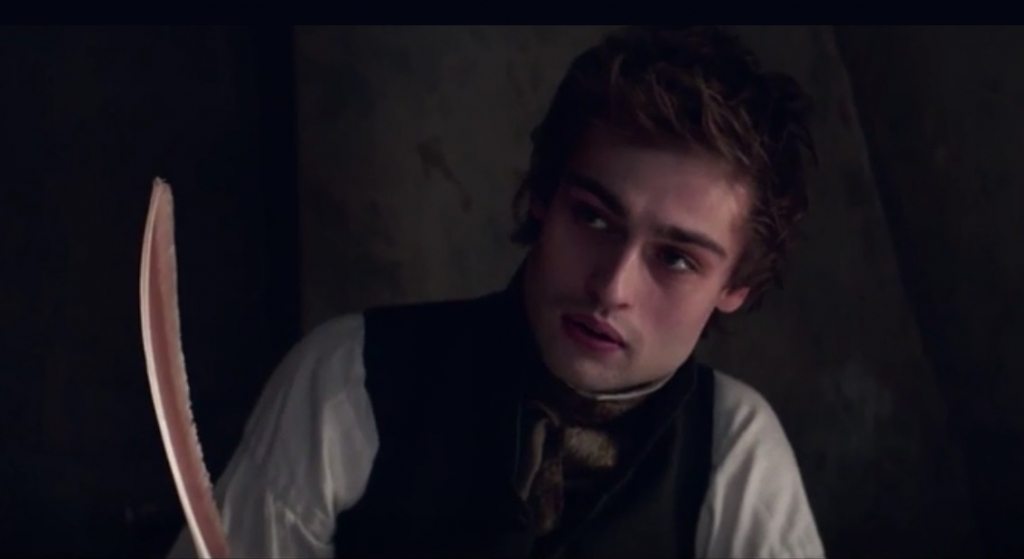 The film opens around the time when Mary’s father sends her away to live in Scotland in the hopes that she can channel her restless spirit into something productive.

At the age of 16, Mary meets and runs off with a handsome and charismatic young poet, Percy Bysshe Shelley, and brings her stepsister Claire along with her for the adventure. As a budding member of the creative intellectual class, Mary entangles herself in a life of intrigue, scandal, and torrid affairs. At the same time, she feels the pressure mounting to start producing works of her own instead of riding the coattails of her famous friends and lovers.

This culminates in the legendary scene in which Mary and company are summering in Switzerland with the renowned poet Lord Byron, when one rainy night he challenges his guests to see who can write the scariest ghost story. Thus, on a dark and stormy night in 1816, the idea of Frankenstein and his monster was born.

The story of Shelley’s life and the creation of her timeless novel Frankenstein, or The Modern Prometheus, is a drama ripe for film adaptation. 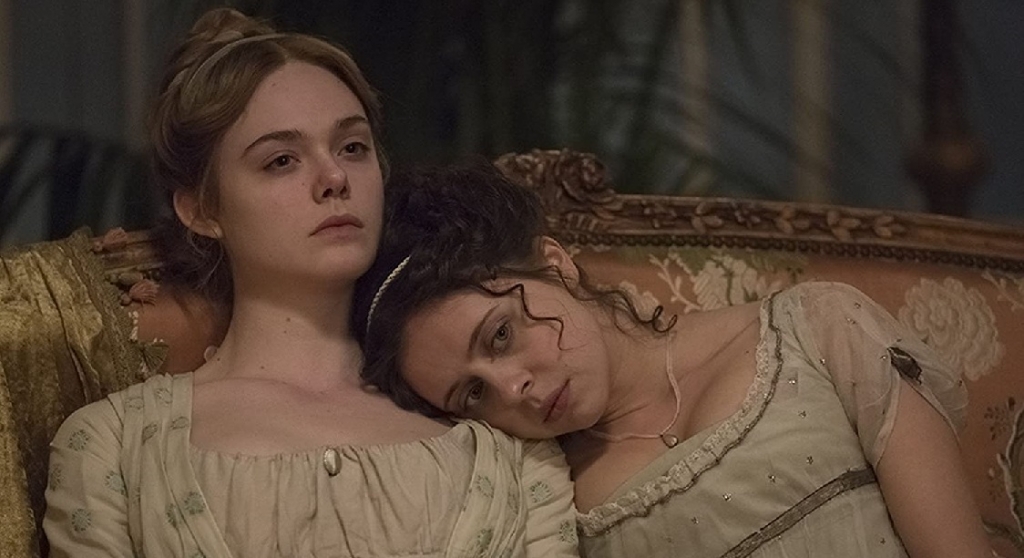 Shelley’s world sounds very romantic on paper, and the film makes an honest effort to show the struggle that comes with a life on the fringes of social norms, especially for a woman in the early 19th century.

Shelley’s life is only intermittently glamorous, and the celebrated artists in her circle harbor all sorts of dark faults and hypocrisies below their glittery surfaces. Already before the age of 20, Mary endures ostracization, financial insecurity, and horrific loss. The film chooses to linger heavily on Shelley’s hardships, perhaps intending to highlight the lofty significance of her accomplishments despite all the obstacles.

While the dark moments in Shelley’s life are certainly relevant, I do find it somewhat disingenuous when biographies conveniently overlook the multifaceted fullness of a person’s life in order to amp up the theatrics.

Take for example that the film essentially censors out Mary’s experience of motherhood. We’re told that Mary only had one child by the time her novel was published, when in reality she had already had three (her four month old son was in Geneva with her when Frankenstein was conceived). It certainly creates a more seamless narrative to condense the series of events that led up to the publication of her opus — there’s even a nice little montage to remind you how each moment must have inspired her writing — but unfortunately the result is a limited representation of Shelley’s history.

The one other qualm I have with the film is the casting. 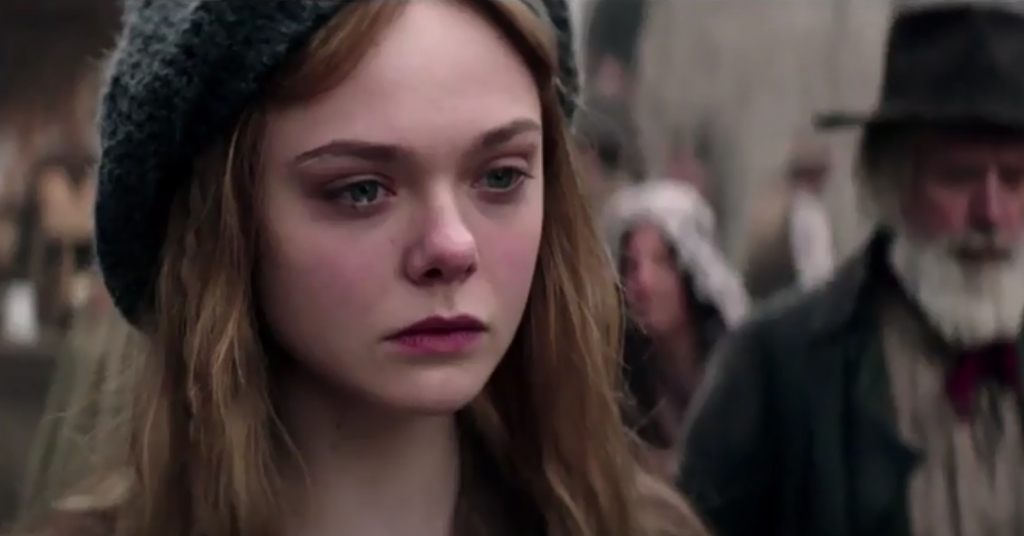 While I love Elle Fanning and find her fascinating to watch in any role, something felt off about her depiction of Shelley. The innocent, doe-eyed and rosy-cheeked beauty in the film does not seem to match with the real Mary Shelley’s fiery and unconventional persona.

An underutilized Maisie Williams shows up for a brief cameo as Mary’s friend in Scotland, and one wonders how the movie would have played out if the parts had been switched. Mary’s partner, Percy Bysshe Shelley, is the archetypal bad-boy and probably could have been played by any interchangeable young heartthrob, though Douglas Booth did a good job at winning you over and making you hate him at the same time. The same achievement could be said about Bel Powley as Mary’s stepsister, Claire, who struck the right balance between sweetly sympathetic and insufferably obnoxious.

Meanwhile, though Mary herself was mostly distilled down to a brooding young wife with an air of indignant feminine anger simmering beneath her perfect curls, Fanning made sure that the anger was believable and that her character was worthy of respect.

Overall the film succeeds at putting “Frankenstein” in a historical and personal context, but doesn’t quite give Shelley’s story compelling treatment it deserves.

I give the movie 3 butterflies, but I highly recommend it for any Frankenstein fan who doesn’t know much about its creator, or for anyone who is interested in literary history in general.

Mary Shelley is available with a Hulu subscription or to rent on Amazon or Apple TV.