Rob Zombie took the shadowy, suspenseful, giallo-inspired “Halloween” and filtered it through the lens of early 70s horror and exploitation. 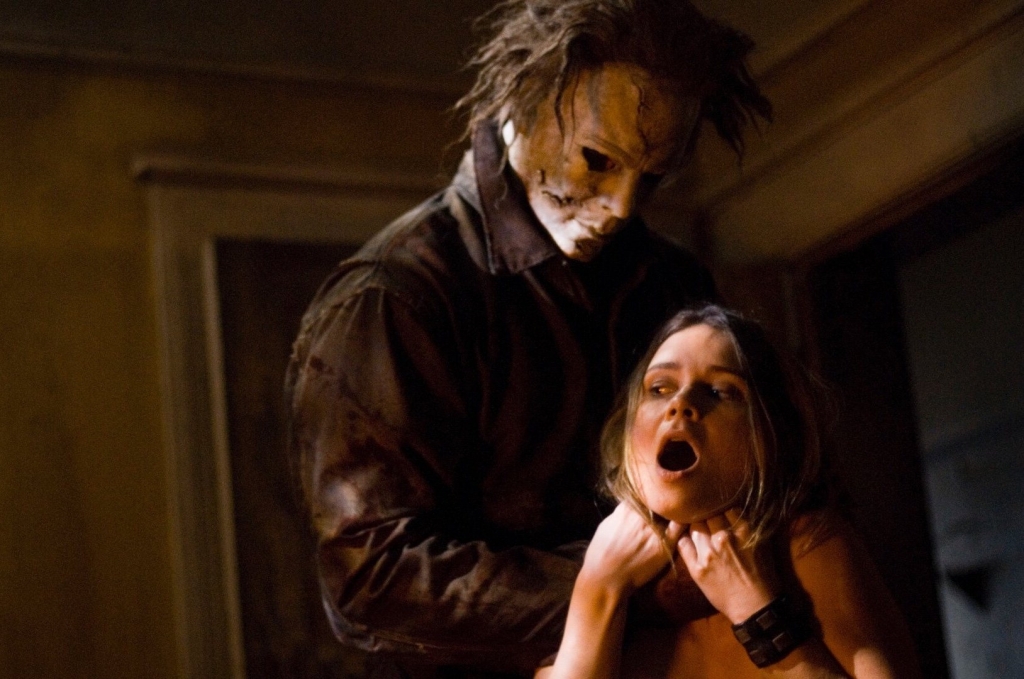 John Carpenter’s 1978 classic, Halloween, is among one of the first horror movies I ever saw. I have fervently followed the Halloween series from the first movie up to the most recent Halloween Kills (2021). So, when I heard that Rob Zombie was reimagining it, I was fascinated. I had seen House of 1,000 Corpses (2003), which I love for its macabre carnival atmosphere. However, I also loved its much darker sequel, The Devil’s Rejects (2005).

Naturally, I was curious to see what Zombie would do with this iconic property, and it became one of the most polarizing horror remakes of all time when it was released on August 31, 2007.

It’s certainly true that, with their 70s exploitation and grindhouse vibe, Zombie’s films are an acquired taste. And he’s definitely not for everyone. There are, of course, plenty of of people who will passionately argue that Zombie ruined Halloween with his unique take. But I’m personally not one of them.

Normally, fans of franchises consider remakes blasphemous. However, I’ll give a remake a chance.

Many classics I loved as a child have been remade, including Carrie, Fright Night, and A Nightmare on Elm Street. While some remakes seem to really miss the mark, leaving viewers cold in the shadow of their much better predecessors, other remakes have surprised horror fans and found a way to stand on their own.

When I first saw Zombie’s remake, I have to admit my mind was blown. Zombie dared to take off Michael Myers’ mask and look into his disturbing origin story. He gave horror fans a true reimagining of the original.

I often think about what I might do if given the chance to reimagine a horror property I love. And I have to admit, if I was able to reimagine Halloween, I think I would have taken a similar approach to Zombie.

Now, before the Zombie haters get too upset, allow me to make a case for the film without taking anything away from the sheer brilliance of Carpenter’s original vision. Zombie’s film does follow the original story. A young boy named Michael Myers commits murder on Halloween night. In the original, it’s just his sister, Judith. In Zombie’s remake, it’s Judith, her boyfriend, Steve, and Michael’s mother’s boyfriend, Ronnie, who are killed. Also, just as in the original, Michael wears a clown costume as he commits the murders.

Zombie deviates from the original because he shows us what the Myers family was like and the events leading up to the night of the murders. He took a a big chance, a gutsy one, and dared to make the iconic slasher Michael Myers an abused child. In so doing, he made the Boogeyman real.

In the brief glimpse we get of Myers’ childhood in Carpenter’s Halloween, Mr. and Mrs. Myers look like typical middle-class midwest suburbanites. Judith’s behavior is that of a typical teenager who invites her boyfriend over while her parents are out. Eventually, they head up to her bedroom for some fun. After Judith’s boyfriend leaves, Michael kills her.

Ever since I first saw the original Halloween, the beginning always got my budding writer’s mind thinking.

When Michael’s parents come home and find him outside of the house, knife in hand and still in his clown costume, I always wonder how it all happened. What led up to that moment? Who were Mr. and Mrs. Myers? Who was Judith?

When I saw Zombie’s version of Halloween, I saw his interest in true crime at work in constructing Michael’s background. 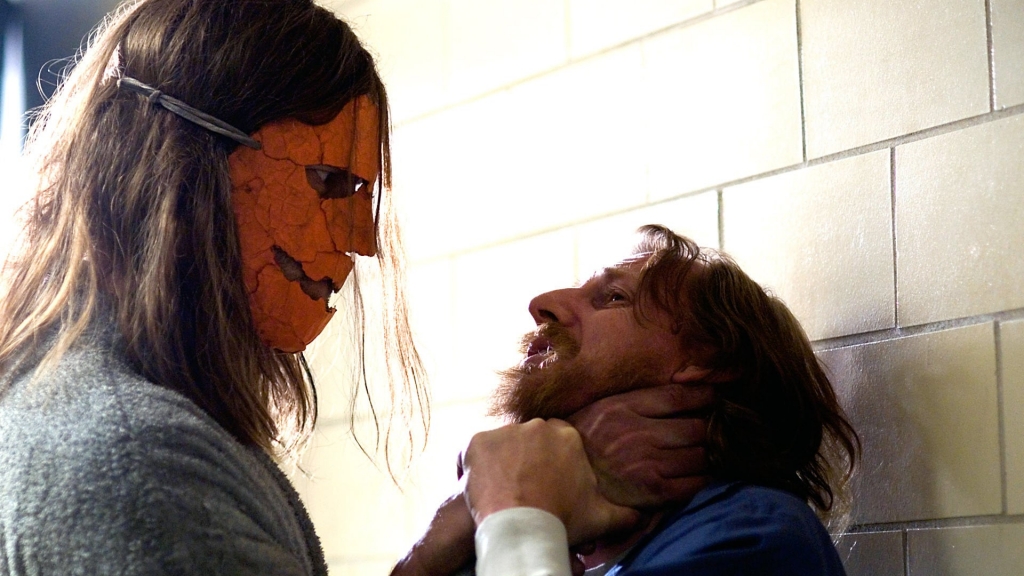 Michael Myers was fleshed out by Zombie into a textbook serial killer, complete with an abusive, toxic home life, bullying at school, and, sadly, animal killing.

He made the Myers family a dysfunctional mess. Michael suffers abuse at home and at school. He is bombarded with demeaning comments from Ronnie and Judith. He goes to school, where he’s approached by the bullies in the bathroom, who make disparaging comments about his sister and mother.

This leads to Michael following the bully after school and beating him to death with a tree branch. On Halloween night, Michael erupts in a psychotic rage and kills not only his sister, Judith, but also Steve and Ronnie.

We also can’t forget, Zombie included animal abuse and mutilation as part of Michael’s background. He kills his pet rat, Elvis, in the bathroom in the beginning. He carries a dead cat in a plastic bag in his backpack, as well as a series of photos of mutilated animals.

What makes Carpenter’s Michael Myers so creepy is that he’s subtle. Carpenter’s Michael is a nondescript Shape, a man of average size with a featureless humanoid mask. He’s more like an android. When he pursues victims, he doesn’t run. As they scream and fight for their lives, he’s emotionless.

As an adult, Zombie’s Michael is played by professional wrestler Tyler Mane, and he is massive and physically intimidating. He erupts with pent-up fury and bashes people to death. He’s more like an out-of-control semi at certain points, such as when he kills his friend, Ismael, the orderly at Smith Grove (Danny Trejo), and truck driver Joe Grizzly (Ken Foree) in the bathroom stall.

To me, this Michael is part Leatherface and part Jason. 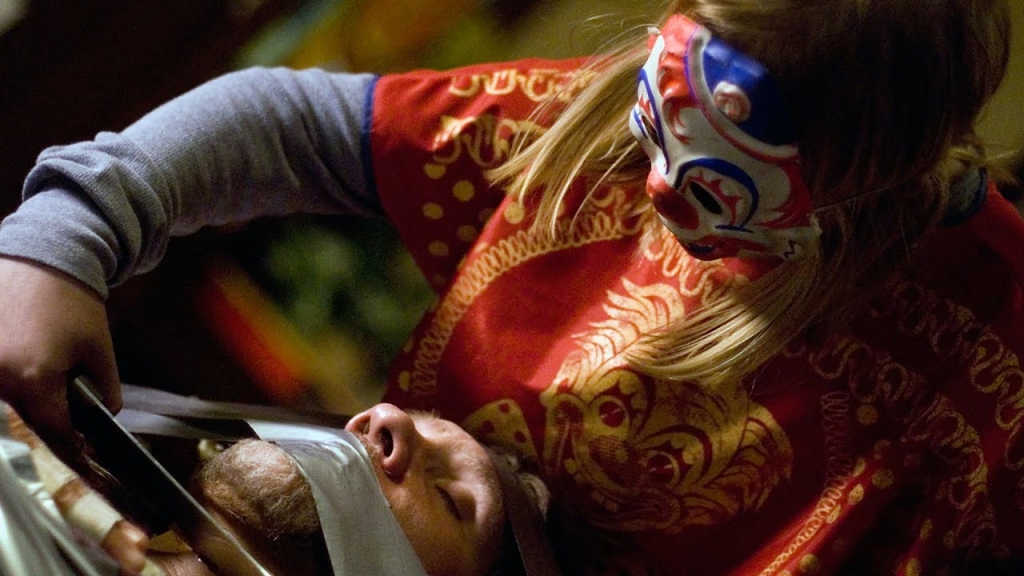 As with all of Zombie’s work, everything is pushed out of bounds and amped up times 1,000 — violence, gore, sex.

A common criticism is that Zombie’s version of the Myers family was too trashy, which