It alienated fans upon its release, but “Halloween III” has since earned a well-deserved cult following — a genre gem even without Michael. 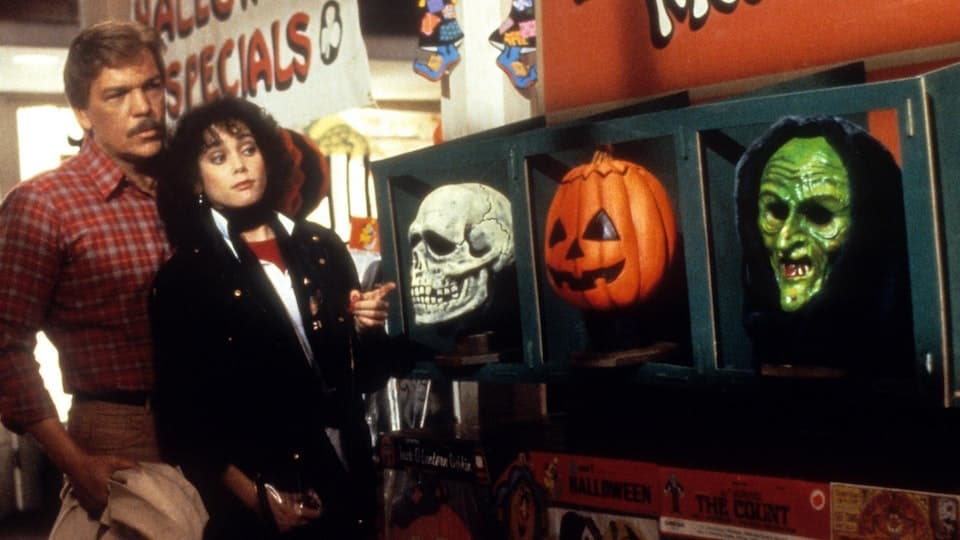 Written and directed by Tommy Lee Wallace, Halloween III: Season of the Witch was produced by John Carpenter and Debra Hill, who created 1978’s Halloween. Released on October 22, 1982, Halloween III disappointed fans of the first two films because it had nothing to do with Michael Myers. Now, however, it’s considered a cult classic.

When viewed as a stand-alone film, it’s a genuinely creepy Halloween tale that deserves consideration outside of its controversial place in the Halloween franchise.

Michael Myers’ absence aside, Halloween III has all the makings of a good story to tell in the dark by the light of a jack-o’ lantern on All Hallow’s Eve. It’s got everything: Creepy atmosphere, conspiracies, and homicidal androids controlled by a supervillain. We can’t forget that the story revolves around ancient Halloween lore, complete with a tie-in to the Druids.

Dr. Dan Challis (Tom Atkins) is unwittingly pulled into a grand conspiracy. A novelty shop owner, Harry Grimbridge (Al Berry) is brought into the emergency room clutching a Halloween mask. Harry’s final words are, “They’re going to kill us all.”

A man in a business suit is seen coming out of Harry’s hospital room. Dr. Challis and the hospital staff pursue the man into the parking lot. He gets into his car, pours gasoline over himself, and sets himself on fire. Challis notes that the Silver Shamrock toy company made the mask. It’s determined that the mysterious man in the suit killed Harry before killing himself.

Harry’s daughter, Ellie (Stacy Nelkin), identifies her father at the hospital. However, she’s suspicious and wants to look into her father’s death herself. She meets up with Dr. Challis, and the two decide to retrace Harry’s steps which leads them to the Silver Shamrock factory in the town of Santa Mira, California.

Something is unsettling about the town.

It seems as if shop owners stop everything to stare as Dan drives into town with Ellie. Not only that, there’s a town curfew and some mysterious deaths.

Everything in the town seems to revolve around Silver Shamrock and its mysterious owner, Conal Cochran (Dan O’Herlihy).

It turns out that Cochran believes in the ancient Celtic lore surrounding Halloween or Samhain, as it was once known. According to Celtic lore, on Samhain, the veil between the worlds of the living and the dead becomes thin. Cochran believes it is the ideal time for a large-scale human sacrifice, and he plans to kill as many children as possible on Halloween night.

Each mask contains a chip with the Silver Shamrock logo with a piece of Stonehenge inside, which Cochran managed to steal somehow. A signal from the ad on Halloween night will activate the chip, generating a laser-like death ray.

As Dan and Ellie come close to solving the mystery, Cochran is right behind them, closing in on them. Whenever anyone in the movie comes close to unveiling Cochran’s plan, they end up dead.

So, what makes Season of the Witch a cult classic? 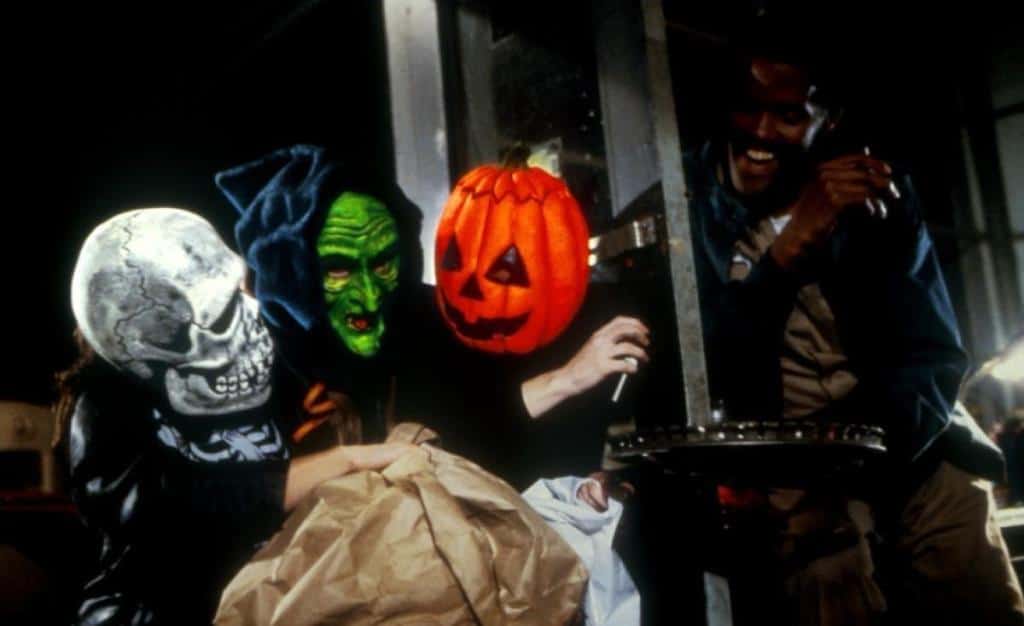 When discussing this film, everyone’s first question is, of course, why Michael Myers was not a central character.

According to a 2020 article on Screen Rant, the Halloween franchise was originally conceived as an anthology series of festive horror tales, with some stories having sequels. So, Halloween and Halloween II were supposed to be about Michael Myers. However, the adventures of the iconic slasher were supposed to stop after two movies, making room for new iconic tales of tales.

After Halloween III received a chilly reception, it sent producers a clear message that audiences wanted more of The Shape. Those bemoaning the absence of Myers in Halloween III got what they were clamoring for in 1988 with Halloween IV, appropriately subtitled The Return of Michael Myers.

Though Halloween III made a profit — grossing $14.4 million at the box office against a $2.5 million budget — it was considered a failure at the time compared to the performance of the previous two films and the high expectations for the third entry. Most critics saddled the film with negative reviews, and fans couldn’t stop talking about the lack of Myers screen time (which may sound familiar if you’ve been paying attention to the discourse surrounding 2022’s Halloween Ends).

The story has a lot of elements of the original Halloween that made that film so successful, including Carpenter’s use of lighting to creepy effect. The scenes in Season of the Witch are similarly dark and shadowy, with a blue illumination here and here, playing with our natural suspicion and fear of the dark shadowy corners. We also get a wonderfully creepy and intense score by Carpenter and Alan Howarth, inserted into just the right places in a scene.

With an underlying theme of manipulation and control by the corrupt elite, the film pushes viewers out of their comfort zone.

Halloween III nudges that dark part of our minds as we learn all is not right with the world, and things are not what they seem.

The story revolves around a grand scheme by a wealthy and powerful corporate businessman. There are shades of a later Carpenter film, They Live, where a homeless drifter becomes aware of a conspiracy of an alien race to control planet Earth after accidentally finding a pair of sunglasses that reveal the aliens hiding behind human faces as well as subliminal messages in advertising.

The message that can be read here has been around for ages; the elite in society have a twisted agenda.

This movie presents it as an allegorical, hyperbolic tale of good versus evil. Cochran is a dark sorcerer looking to gain power by sacrificing children. The murder of innocent children in itself is a shock, even when it’s only in a movie. Once the doctor finds out the true story behind the scenes, he puts his own life on the line to stop it.

As far as Halloween stories go, Halloween III gets some points for incorporating lore from the ancient Celts.

The plot involves a supervillain with a grand scheme to kill as many children as possible on Halloween as a sacrifice. Halloween, or specifically Samhain, is traced to the ancient Celts.

Samhain has been translated as simply meaning summer’s end, a harvest festival, and a time when the barrier between the worlds of the living and the dead was thin. Therefore, it was an ideal time for divining the future and communing with otherworldly entities. It is a common belief that the ancient Celts performed human sacrifice.

However, most information comes to us from the Romans. No information comes from the Druids themselves since they didn’t keep a written record of their beliefs and practices. Naturally, the accounts of those in opposition to the Celts are questionable.

Halloween III has all of the makings of a great cult film.