On its anniversary, we discuss the legacy of David Croneberg’s “Scanners” — famous for its visceral impact but enduring for its intelligence and depth. 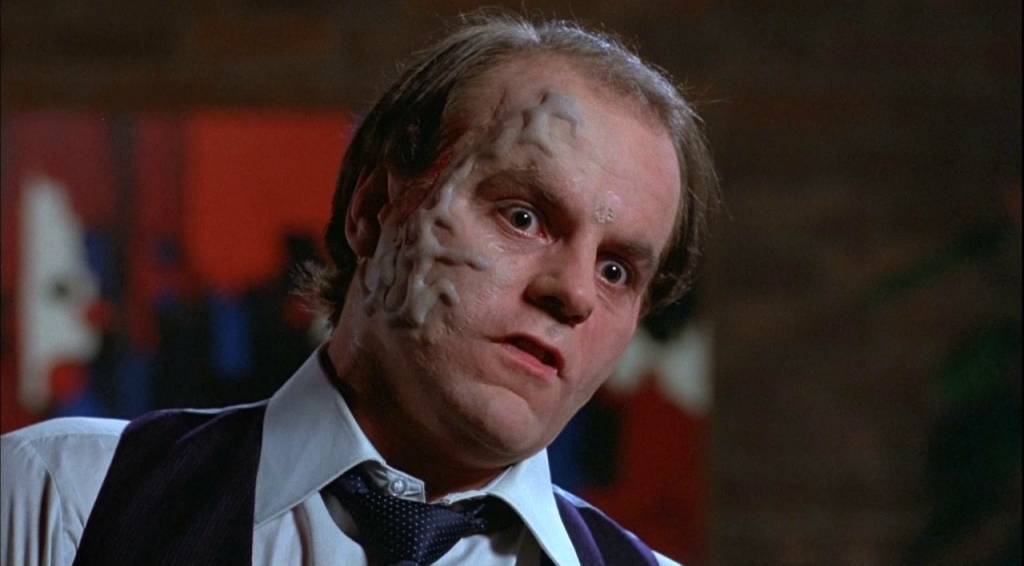 Spoiler AlertSome plot spoilers ahead for Scanners. If you haven’t yet seen the film and want to go in blind, we strongly encourage you to check the film out first. Currently you are able to watch Scanners streaming for free on HBO Now/Max, Kanopy, and DIRECTV. It is also possible to buy or rent the film from Apple/iTunes or Amazon.

David Cronenberg‘s film, Scanners, received mixed reviews but earned an estimated $14.2 million when it opened on January 14, 1981. It was Cronenberg’s first mainstream hit and has become a cult classic since.

The story revolves around an underground society of people called “scanners” who perfectly blend into ‘normal’ society but who possess frightening telepathic abilities. Scanners can not only get inside your head but can kill you in the process. The film explores the power struggle within this underground society of telepaths — with one scanner who has designs on world domination.

I remember when I was little and first saw the film; the degree of the scanners’ power was frightening. As I got older, the movie made me think more on the implications of possessing that kind of power. If you were able to get inside someone’s head and cause damage by mere force of will, what would you do with it? Would you try to learn more about it and how to control it? Would you use it to dominate others? Would you try to market it somehow to make money?

This film explores different ways that scanners see the world and their place in it. 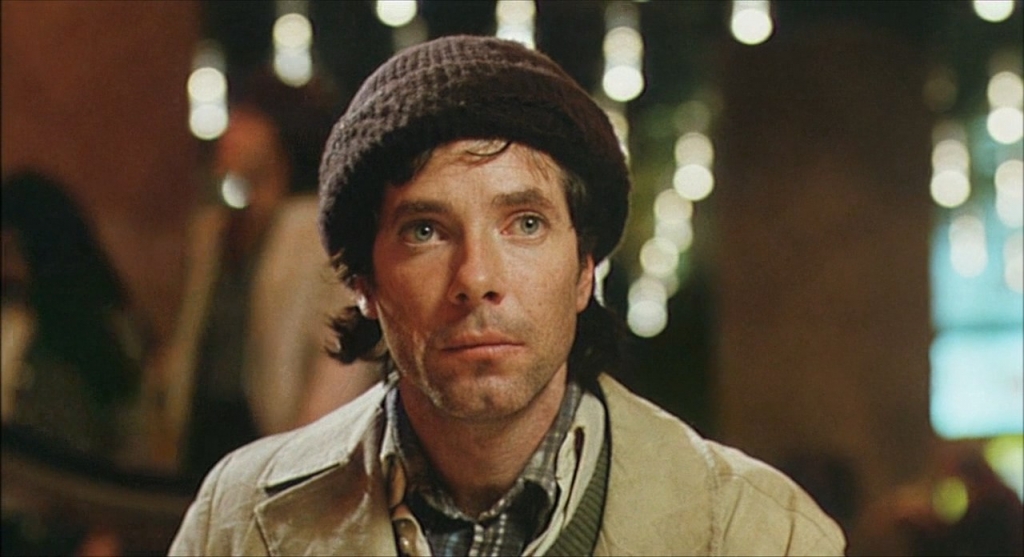 There’s a corporation looking to study scanners for their own personal gain, to market their abilities. There’s a rebel scanner who opposes the corporation and is scheming to create an army of scanners that can take over the world. He’s killing other scanners not onboard with his scheme. There are other scanners who oppose him and are just trying to survive.

Cameron Vale (Stephen Lack) is a scanner who is also a homeless drifter. He’s abducted and taken to a facility run by Dr. Ruth (Patrick McGoohan). Ruth is currently studying scanners for a corporation called ConSec, which specializes in security systems and weaponry and is looking to harness the power of the scanners. Ruth also has a drug, ephermerol, which can help scanners control their abilities.

Soon, Vale learns about Darryl Revok (Michael Ironside), a renegade scanner on a mission to recruit an army of scanners, killing them if they refuse to join his cause. During a marketing event, ConSec demonstrates scanner abilities for potential investors. Darryl Revok (Michael Ironside) volunteers to be scanned. The participants are unaware that Revok is a scanner. In one of the film’s most infamous and memorable scenes, Revok uses his power to get inside the other scanner’s head, causing that scanner’s head to explode.

After the shocking incident, Revok manages to escape. When word of his display at the demonstration gets back to Dr. Ruth, he decides to nurture Vale’s abilities to hunt down Revok. While on Revok’s trail, Vale crosses paths with a group of scanners who oppose Revok. A fight ensues between this opposition group and Vale’s assassins, leaving only two survivors: Vale and scanner Kim Obrist (Jennifer O’Neill), who joins Vale on his quest.

The pair discover that ephermerol, when injected into pregnant women, causes their babies to become scanners. And Revok reveals his plan is to create a new generation of scanners to take over the world by mass distributing the drug.

The root of the story is traced back to Cronenberg’s first feature film, Stereo (1969). 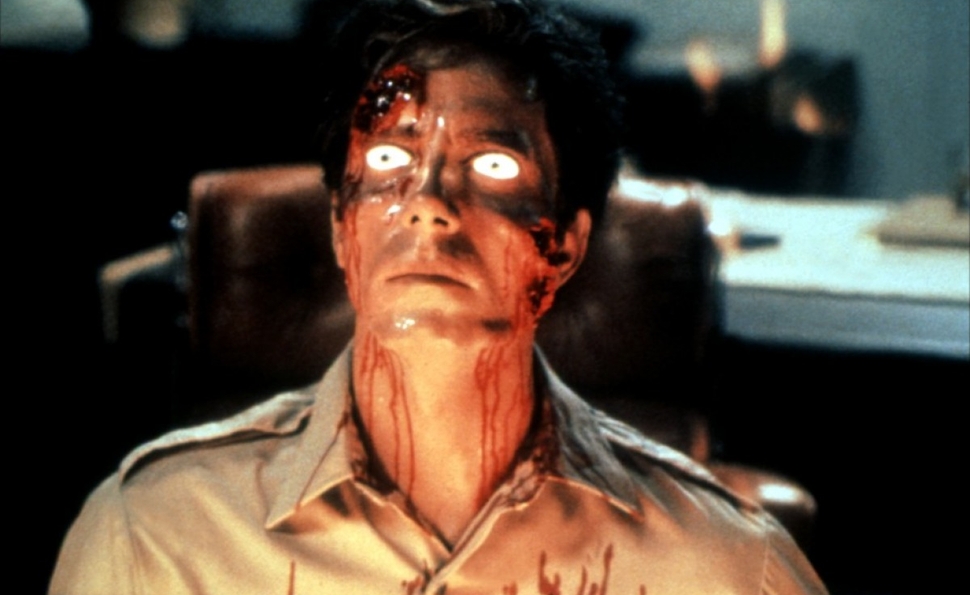 Stereo is about experimental surgery to remove speech capability and foster telepathic abilities. Cronenberg stated that, “In Stereo, I was trying to show that it would not be terrific to have extrasensory perception especially if you didn’t know how to control it.”

In Scanners (originally titled Telepathy 2000 and The Sensitives) he takes this idea and expands on it with his depiction of an underground society of telepaths at war with each other.

The book, Naked Lunch (1959) by William S. Burroughs, inspired Cronenberg a great deal. Burroughs’ novel includes a group of telepaths called “The Senders.” Cronenberg didn’t think “senders” or “sensitives” sounded catchy for the telepaths in his film. Thus, it was the title of science fiction author Philip K. Dick’s A Scanner Darkly (1977), that inspired the title of the movie. Dick uses the word “scanner” in a completely different way in his novel, but Cronenberg thought it would a great term for telepath.

Cronenberg said his goal with Scanners was ” … to show the unshowable, to speak the unspeakable.”

“All my films have to do with physical existence and what happens when that breaks down in some radical way.” – David Cronenberg

In addition to Scanners, this theme is undeniably present in Cronenberg’s later films, The Dead Zone (1983) and The Fly (1986). 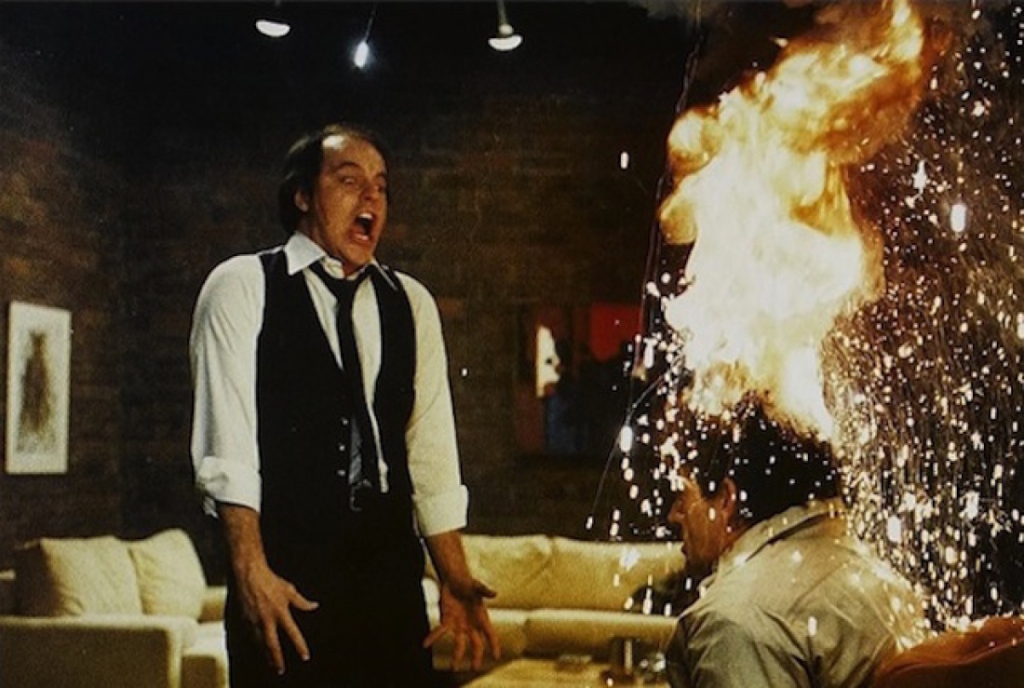 In The Dead Zone, a school teacher, Johnny Smith (Christopher Walken) wakes up from a coma with psychic abilities he didn’t have before.

Based on a 1957 short story and 1958 film, both of the same name, The Fly continues this theme. The Fly follows the story of scientist Seth Brundle (Jeff Goldblum) who uses himself as a guinea pig in his experiments with a teleportation device that he invented. Unbeknownst to Brundle, a house fly gets into the machine during his experiment. Afterwards, Brundle begins to slowly change physically into a human-sized fly. As a result, he also begins to mentally disintegrate.

Scanners spawned a franchise of five films. All are loosely based on Cronenberg’s original film, but he didn’t write or direct any of these films.

In Scanners II: The New Order (1991), a police officer plans to take control over a city through manipulating scanners.

Scanners III: The Takeover (1992) is about a scanner who increases her power through the use of an experimental drug and wants to use it to take over the world. Her brother intervenes to stop her.

In the fourth entry, Scanner Cop (1994), a police officer who happens to be a scanner uses his abilities to track down a killer.

Scanners: The Showdown (1995) (also known as Scanner Cop II) follows the scanner cop as he hunts down a serial killer who targets psychics.

Cronenberg’s original Scanners premise explores horror from the perspective of the person born with this ability and unable to control it. It’s not horror that comes from an outside threat but the horror within ourselves manifesting in an uncontrollable and destructive impulse.

Some Fright Fun Facts About Scanners: 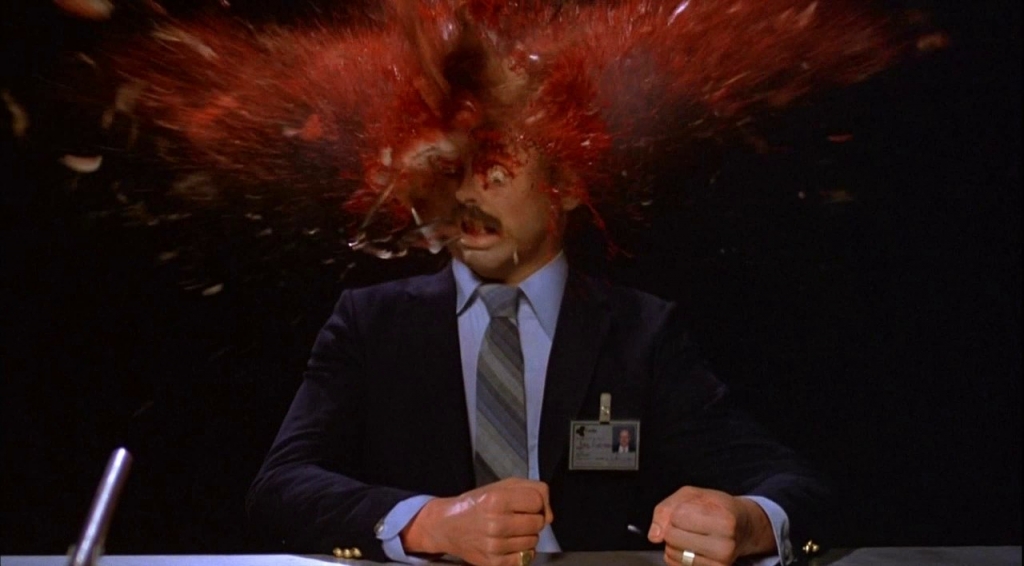 2. The famous head exploding scene was moved from the beginning of the film after thinking of how most theater-goers arrive late.

3. Stephen Lack still has his exploded head from the film and brings it to horror conventions for people to pose with.

4. Actress Jennifer O’Neill who played Kim Obrist agreed to play the part after reading the incomplete script. She was upset after realizing how violent the film was going to be.

5. The constant script changes didn’t sit well with actor Patrick McGoohan who played Dr. Ruth. He was described as being angry and disruptive. There was tension between McGoohan and Cronenberg throughout filming.

6. Actor Stephen Lack was cast as Cameron Vale because of his “icy blue” eyes. Cronenberg felt that Lack’s eyes made him feel as if he could look into his brain.

7. Montreal artist Tom Coulter created the sculptures exhibited by scanner sculptor Pierce (Ron Silverman) in the film. Cronenberg chose Coulter’s art because he felt it represented his work as a filmmaker — “profound statements on progress in humanity and the moral decay of an ever-changing society.”

8. Last but not least, the exploding head scene at ConSec’s marketing event was done by filling plaster head with dog food, corn syrup, rabbit livers and rubber brains and shooting it from behind with a 12-gauge shotgun.

Inside Scan: Scanners, written and presented by Alan Jones, Behind the Science Fiction, July 25, 2014