We celebrate the enduring legacy of “The Rocky Horror Picture Show”, the 47-year-old phenom that dared us all to be our authentic selves. 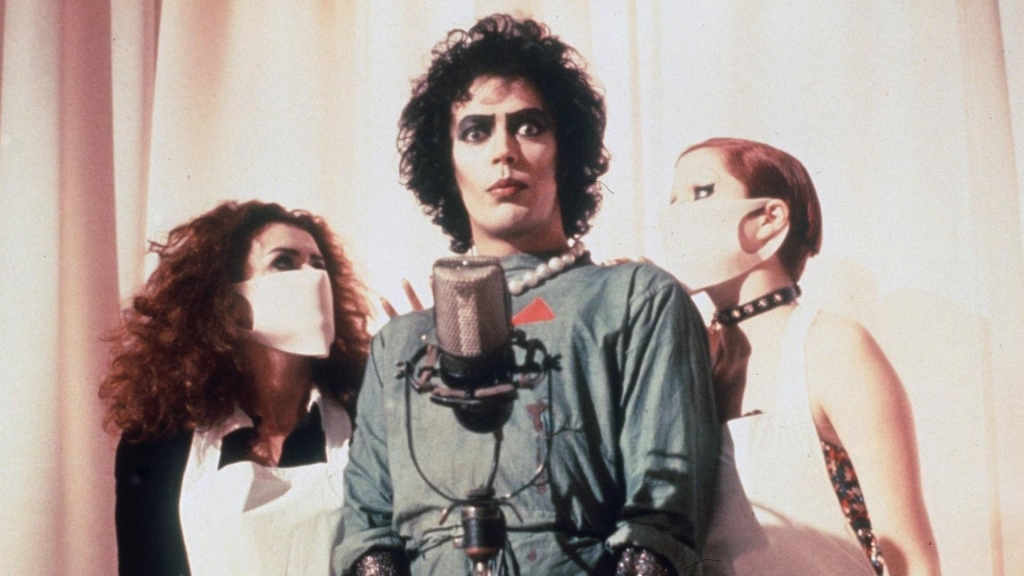 It all starts on a dark and stormy night. Brad Majors and Janet Weiss, from Denton, Texas, travel along a country road to see Dr. Everett Scott, a retired science teacher from Denton High School. They get a flat tire, and Brad doesn’t have a spare. So, they need to get to a location to use a phone to call for help.

The nearest place is a dark castle down the road…home to Dr. Frankenfurter, a sweet transvestite from Transsexual, Transylvania. As they cross the threshold of Dr. Frakenfurter’s lair, Brad and Janet have no idea that they are about to have their world turned upside down.

Originally a flop at the box office, The Rocky Horror Picture Show (released in the U.S. on September 26, 1975) would rise to iconic status.

Rocky Horror was taken out of mainstream theaters after its first weekend. However, Richard O’Brien’s musical found a home in theaters that showed midnight movies. Over the past 40+ years, Rocky Horror developed a cult following of loyal fans through midnight screenings and word of mouth. To this day, Rocky Horror fans attend screenings dressed as their favorite characters and make the screenings an interactive experience.

To date, the film has been translated into over 20 languages and earned over $135 million at box offices worldwide.

O’Brien’s musical comedy deserves a place in horror history for many reasons. The story is a homage to classic sci-fi movies, but it’s more than that.

O’Brien used both rock music and horror imagery to create a satire that sends a powerful message. Every character in the story is iconic in their own way, a stereotype that spoofs different facets of society. Most importantly, while it forces us to take a look at ourselves, its wit allows us to let our guards down and laugh at ourselves.

During the winter of 1972, Richard O’Brien was an unemployed actor looking to kill some time. So, he wrote a musical. Originally titled They Came From Denton, O’Brien showed his musical to writer and producer Jim Sharman.

O’Brien previously worked with Sharman on a production of Andrew Lloyd Webber’s Jesus Christ Superstar. Sharman liked O’Brien’s strange musical, which premiered under the title The Rocky Horror Show on June 19, 1973, at the Royal Court Theatre (Upstairs). The show moved around London until it closed on September 13, 1980.

During its run, The Rocky Horror Show won the 1973 Evening Standard Theatre Award for Best Musical.

Lou Adler, producer and owner of Ode Records, attended a performance in the winter of 1973. Adler loved the show so much that he purchased the U.S. theatrical rights. In 1974, The Rocky Horror Show crossed the pond to the United States, debuting at the Roxy Theater in Los Angeles. The show ran in Los Angeles for nine months and made its Broadway debut at the Belasco Theatre.

When Rocky Horror came to America, Meatloaf was cast as Eddie (and also played Dr. Scott). Rocky Horror had only three previews and 45 showings. However, the show earned a Tony nomination and three Drama Desk nominations.

There have been many international productions across six continents, revivals in the West End and Broadway, and eight UK tours. 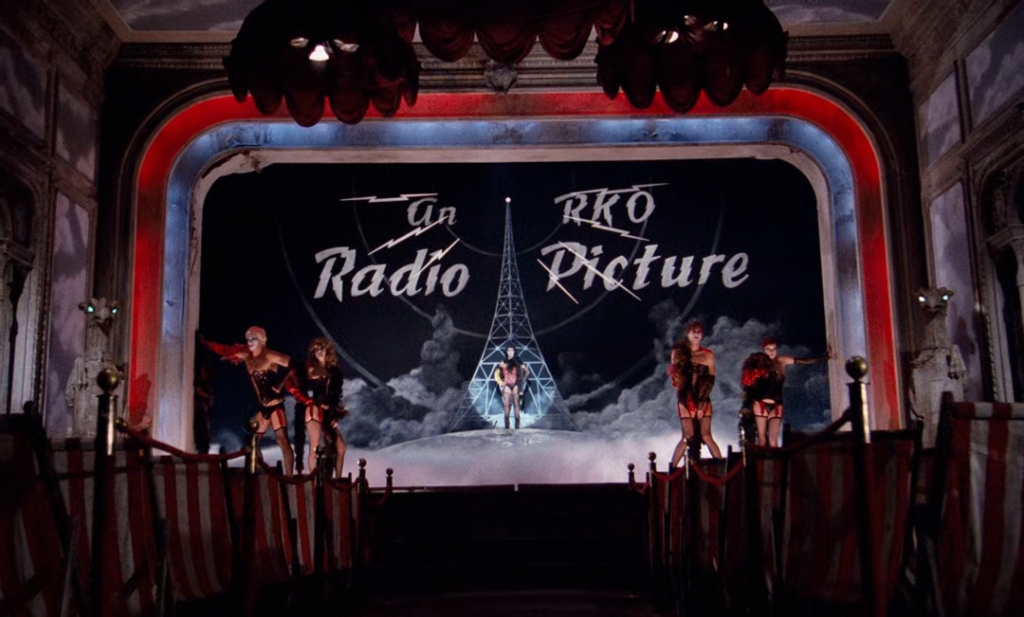 O’Brien and Sharman co-wrote the screenplay.

O’Brien‘s original conception of Dr. Frankenfurter was as a muscular, body-builder type. So, when looking for his Dr. Frankenfurter, O’Brien hung around gyms looking for a muscular man who could sing. During one of his gym outings, he ran into Tim Curry. O’Brien and Curry both worked together on a stage production of the musical Hair. O’Brien told Curry about his musical, and Curry wanted to read it.

Curry thought it was clever, and the rest is history.

However, 20th Century Fox insisted that Brad and Janet be re-cast with American actors. Comedian and Saturday Night Live alumni Steve Martin auditioned for Brad before Barry Bostwick was cast, and Susan Sarandon was cast as Janet.

Certainly, O’Brien didn’t realize the monster he created would endure for over 40 years — and still going strong. 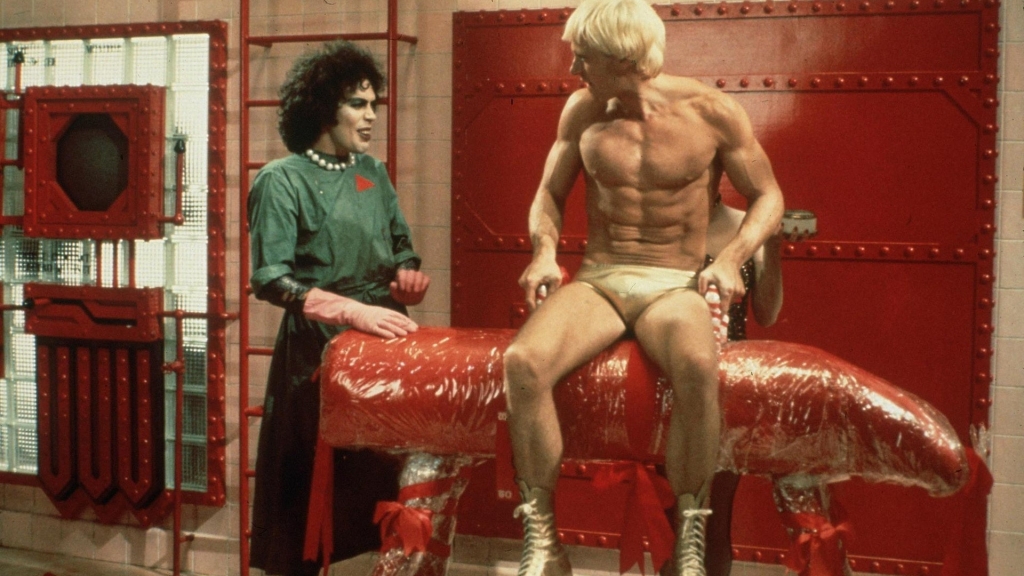 He wrote a musical that embodied his love of B sci-fi and horror movies from the 1930s-1950s and glam rock. The show would become a beacon in the dark for outcasts who could safely express themselves at a midnight showing of Rocky Horror.

The first time I saw Rocky Horror, I was obsessed, enthralled, and completely enchanted.

As someone different in many ways — especially regarding their gender identity and sexual orientation — the unapologetically bisexual, gender-bending Dr. Frankenfurter appealed to me.

The Rocky Horror Picture Show celebrates over 40 years of encouraging others to be themselves.

The movie was way ahead of its time with its bold portrayal of LGBTQ+ themes. From the time he steps off the elevator and struts his stuff to sit seductively on his throne, Dr. Frankenfurter took his place in horror history.

The film’s exploration of sexuality and gender identity is a huge part of how it’s grown such a large cult following. After Rocky Horror was pulled from mainstream theaters, it was shown in theaters that showed midnight movies. The film is credited with creating a safe space for the LGBTQ+ community during a time when police raids on gay bars were the norm.

Fans of Rocky Horror could show up in costume at theaters for a midnight showing and have a safe place to express themselves.

The following highlights give the film its unique place in horror history.