Horror History: The Silence of the Lambs

Released on February 14, 1991, the impact and influence of the Academy Award-winning film “The Silence of the Lambs” cannot be denied. 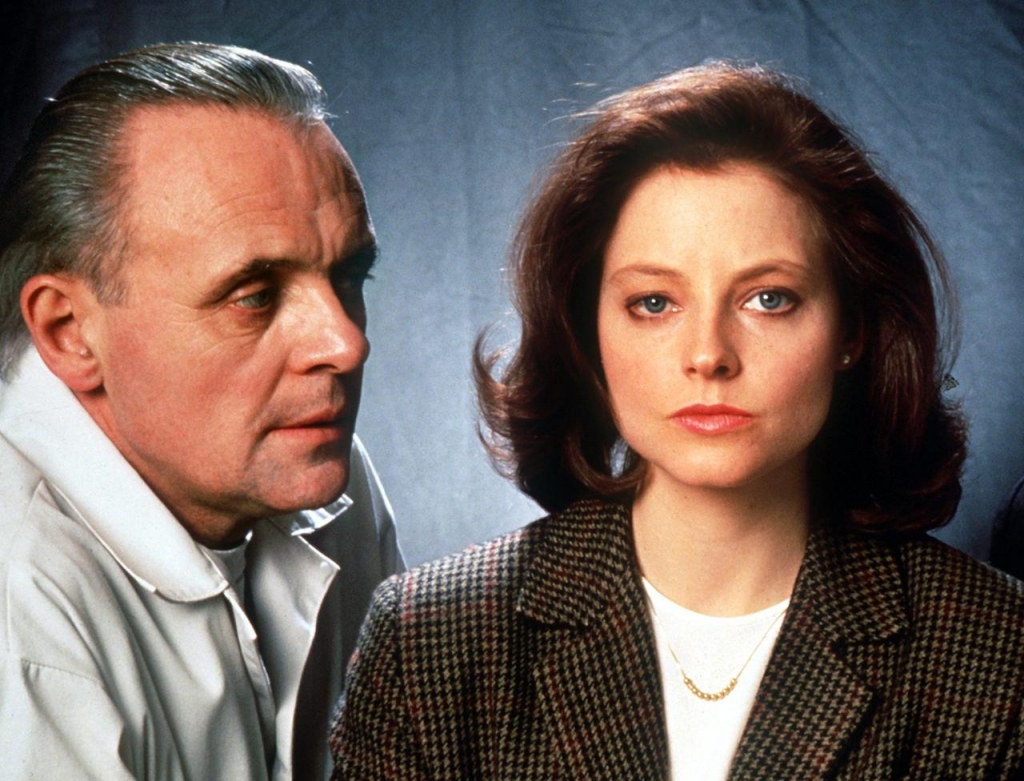 I can name three reasons off the top of my head why The Silence of the Lambs is an important part of horror history: Hannibal Lecter, Clarice Starling, and Jame Gumb (aka Buffalo Bill). Not only did Silence introduce three iconic characters, but it also managed a rare cinematic accomplishment — five Academy Awards in major categories: Best Picture, Best Director (Jonathan Demme), Best Actor (Hopkins), Best Actress (Jodie Foster Foster), and Best Adapted Screenplay (Ted Tally).

Silence is only the third film in movie history to accomplish this. This is a major accomplishment for a mainstream film, never mind a horror film. The only winner for Best Picture in the horror genre, Silence is one of only six other horror films that have been nominated in this category: The Exorcist (1973), Jaws (1975), The Sixth Sense (1999), Black Swan (2010), and Get Out (2017).

An interesting side note: Silence is technically a sequel to a 1986 film called Manhunter. Red Dragon is actually a remake of Manhunter. Lecter and Starling were also both titular characters in their own TV series.

The story follows FBI trainee Clarice Starling (Foster) who is sent to consult with a former psychiatrist and convicted serial killer Hannibal Lecter (Anthony Hopkins) about a series of murders attributed to a serial killer dubbed Buffalo Bill (Ted Levine).

The story is thought-provoking in regards to gender equality, roles, and identity as well as sexual identity. 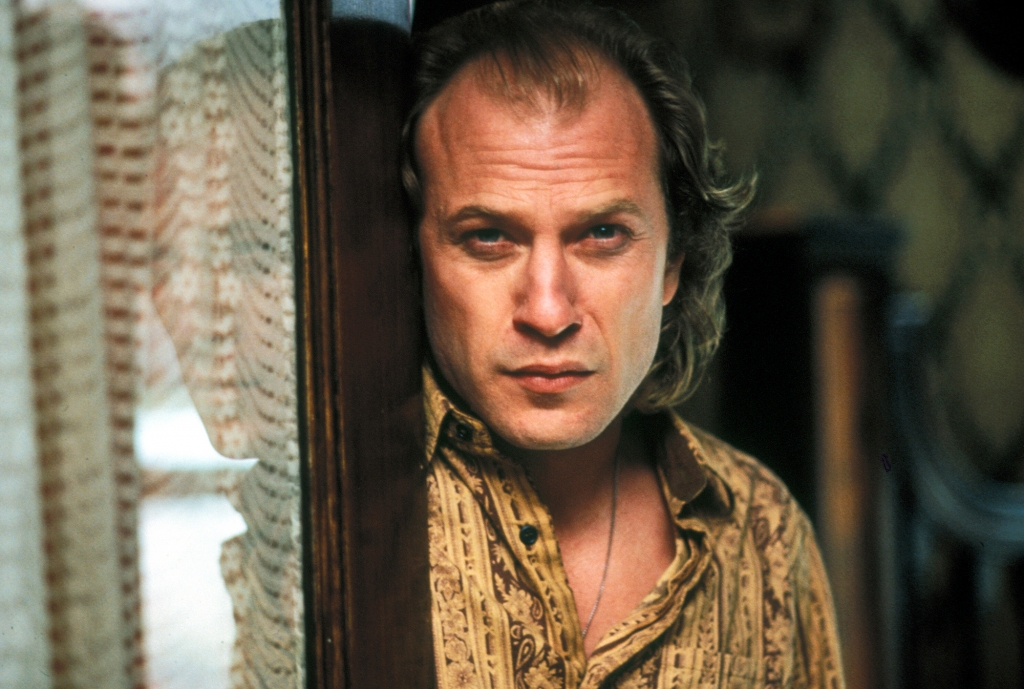 At the time, LGBTQ+ characters were rare and LGBTQ+ issues weren’t often discussed in mainstream media. Silence checks all of these boxes, making it a groundbreaking film that was ahead of its time. Perhaps, Silence is just as relevant now as it was in 1991.

The film continues to be controversial in the LGBTQ+ community because of the portrayal of Jame Gumb. On Oscar night, members of LGBT groups protested the film’s portrayal of Gumb, a transgender serial killer who kills women and skins them to make a suit of them.

A sign of the times is that the main objection back in 1991 wasn’t specifically transphobia but homophobia. The main objection was that Gumb was portrayed as a gay stereotype. Silence is still relevant in that the controversy has changed from homophobia to transphobia, since gender identity, thankfully, is more openly discussed now.

Lecter tells Starling that Gumb isn’t transsexual but thinks he is. He wants to be someone else, anyone other than Jame Gumb. Director Jonathan Demme reiterates this explanation. Demme is quoted in a 2017 Slate article, “When Gays Decried Silence of the Lambs, Jonathan Demme Became an Early Student of Modern Backlash,”

“We knew it was tremendously important to not have Gumb misinterpreted by the audience as being homosexual. That would be a complete betrayal of the themes of the movie. And a disservice to gay people.”

He described the killer as “someone who is so completely horrified by who he is that his desperation to become someone completely other is manifested in his ill-guided attempts at transvestism, and behavior and mannerisms that can be interpreted as gay.”

Honestly, this really never made much sense to me, but gay stereotypes aren’t the only criticism of the Gumb character. 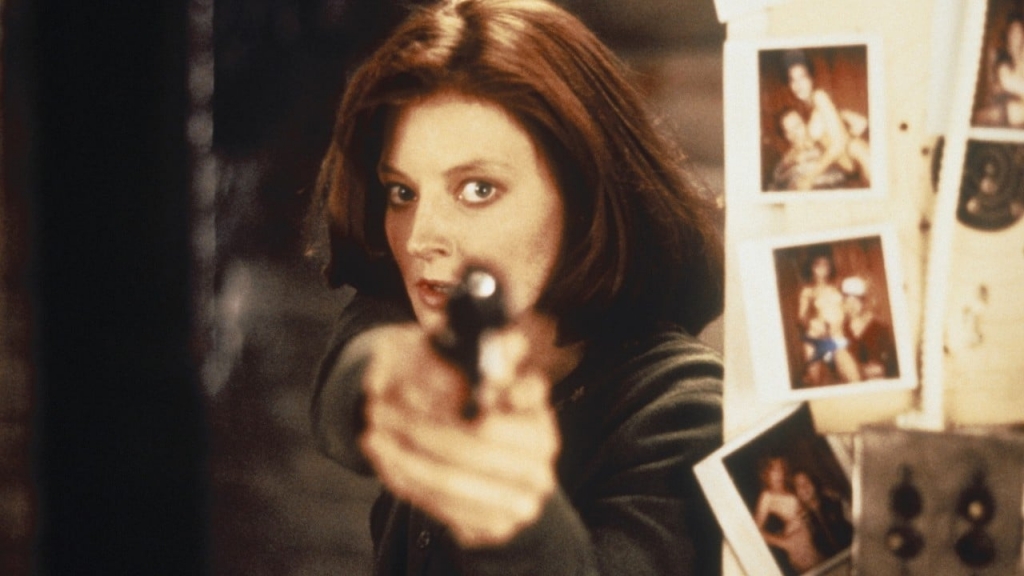 Before Silence, other horror movies featured killers who cross-dressed like Norman Bates in Psycho (1960) or who were transgender as in Dressed to Kill (1980). We also can’t forget Sleepaway Camp‘s (1983) transgender slasher Angela Baker.

Some may view Jame Gumb as yet another negative portrayal of a transgender person as a violent psycho killer.

Debate aside, Levine delivers a performance that’s just as iconic as Hopkins. His scenes as Gumb have been parodied as much as Hopkins as Lecter. Who can forget the “lotion in the basket” scene or Levine’s famous dance to Q Lazarus’s “Goodbye Horses?”

The story explores issues of gender equality and roles through Starling’s eyes.

There’s an unforgettable scene where Jack Crawford (Scott Glenn) marginalizes Starling when they go to investigate the remains of another victim bearing Buffalo Bill’s signature mark. At the time of the film’s release, it was rare to see a female character in a position of authority.

Hannibal Lecter has undoubtedly got the most attention out of all three characters. 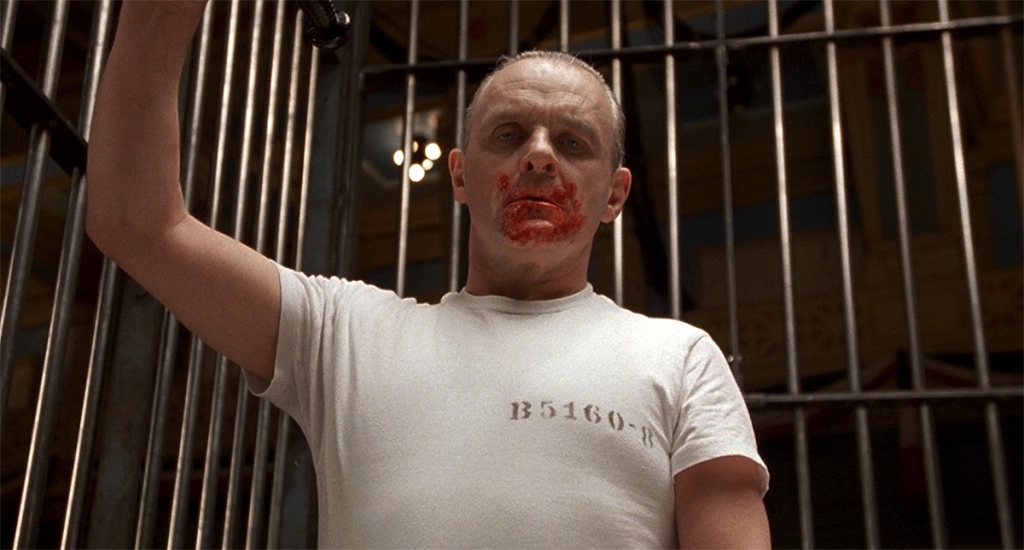 As a cinematic serial killer, he’s certainly in a class by himself.

The erudite, astute, and enigmatic Dr. Lecter altered our perception of a horror movie serial killer or slasher. He broke the mold of the often mute, masked, and unrealistically unkillable killer. Lecter is more like a combination of real-life killers. He’s part Armin Meiwes (confessed cannibal), part Edmund Kemper (insightful with a genius-level intellect), and part Ted Bundy (a charming aspiring professional who had most people fooled).

Lecter is undoubtedly an icon with a very interesting backstory that’s explored in Hannibal Rising.

Love it, hate it, or puzzled by it, The Silence of the Lambs remains an influential and iconic film. Echoes of Silence can be seen in later films, such as Seven (1995) and Kiss the Girls (1997). Silence is also credited with a rising interest in crime dramas that have an emphasis on forensic science and crime investigation such as CSI and Cold Case.

This trend seems to have segued into a surge of interest in true crime with entire stations dedicated to the series such as Investigation Discovery and Oxygen.

Ssince its release 31 years ago, The Silence of the Lambs continues to reign as one of the most important and critically acclaimed genre films of modern times, and its themes continue to inspire thought-provoking discussion and debate.

10 Fright Fun Facts About The Silence of the Lambs: 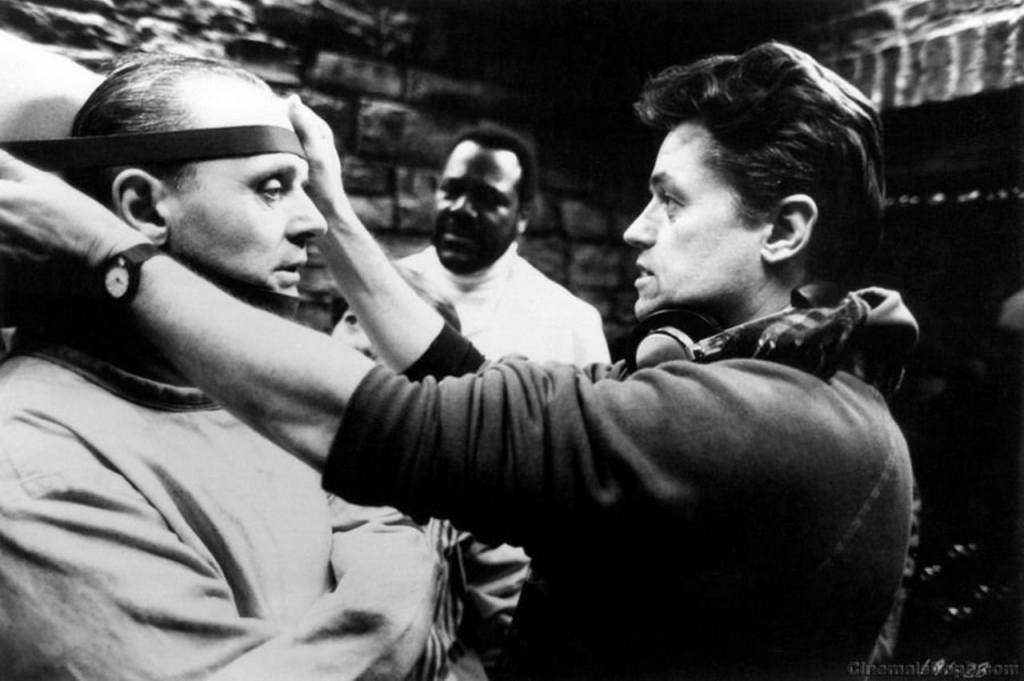 3. Michelle Pfeiffer (who worked with Demme in Married to the Mob) was first approached to play Clarice Starling. Pfeiffer turned down Silence because she thought that the story was too dark.

4. Sean Connery was originally approached to play Hannibal Lecter. Connery turned it down because he found the story repulsive.

5. Jodie Foster took the role because she developed a lot of respect for the FBI, who played a major role in protecting Foster from two stalkers.

6. Foster trained side by side with real FBI trainees at the FBI Academy in Quantico, VA to prepare for her role as Clarice Starling. She also met with former FBI agent John Douglas, who interviewed many real-life serial killers.

8. Hopkins told an anecdote from his childhood which is responsible for inspiring his delivery of the iconic, often imitated line about fava beans and chianti. A 2018 Screen Rant article, “25 Strange Details Behind The Making Of The Silence Of The Lambs,” quotes Hopkins, “When I was a kid I’d tell the girls around the street the story about Dracula and I’d go ‘th-th-th,'” he once told Radio Times [via Wales Online]. “As a result, they’d run away screaming.”

9. Hopkins’s performance was also shaped by Jonathan Demme’s vision of Lecter as a “good man trapped inside an insane mind.”

SOURCES
“30 Years Ago, The Silence of the Lambs Added to Cinema’s Trans Legacy Whether It Meant To or Not,” by Stacy Henley, February 11, 2021, SyFy; “When Gays Decried Silence of the Lambs, Jonathan Demme Became an Early Student of Modern Backlash,” by Jeffrey Bloomer, April 28, 2017, Slate; “Understanding Silence of the Lambs’ complicated cultural legacy 30 years after its debut, the classic horror film’s influence is so much bigger than Hannibal Lecter,” by Aja Romano, February 16, 2021, Vox; “25 Strange Details Behind The Making Of The Silence Of The Lambs,” by Jack Beresford, October 31, 2018, Screen Rant.