On this week’s episode, George and his special guest discuss the atmospheric, low budget horror film with a strong female protagonist, “Last Shift”.

A rookie police officer tries to prove herself on the last shift at a police station before it is permanently closed. But fitting in at work quickly becomes the least of her worries in the terrifying film our guest defends the “Best Horror Movie Ever Made”.

This week in the Horror House, Wynter Mitchell-Rohrbaugh from the Pop Rocket and Waiting to X-Hale podcasts is here to put the “cult” in “cult classic” — because we’re talking about 2015’s Last Shift, written, directed and produced by Anthony Diblasi.

We start out discussing Wynter’s history with horror – her enjoyment of the way it worms into you, the blessing of Tubi, and her preference for psychological horror. That’s a perfect segue into discussing her film pick.

We talk about the budgetary constraints of Last Shift and the way big franchises inflate their budgets while chasing bigger box office returns. We discuss the influences of the movie, and debate the merits of wearing your influences on your sleeve as a filmmaker. 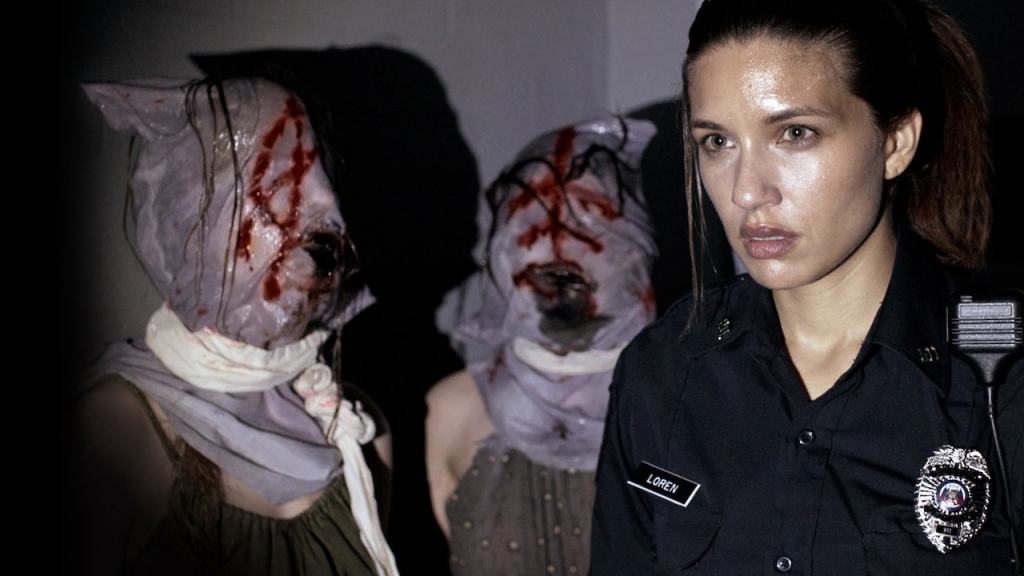 When then dive into a plot breakdown, while exploring the incredible main character of Last Shift. She must reflect both the tremendous stress of her current ordeal along with the stress of the baggage that comes with expectations placed on women in exclusionary workplaces and “boy’s clubs” like police units.

Last Shift impresses us both with the economy of dialogue and action, and how so much of the movie works on more than just surface levels. It also paces out reveals incredibly well, and subverts type by using a sex worker as the “Doctor Loomis” of the story. This is a film that keeps you on your toes with great moments of shock, while drawing a parallel between the hero and antagonist. The police station functions as a modern haunted house, overwhelming you with stimuli to force a retreat inward, just like our protagonist.

All of this adds up to the best horror movie ever made, as far as our guest Wynter is concerned. Join us to hear her make her case, and watch Last Shift yourself for free on Shudder.