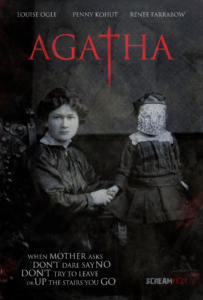 I was recently contacted by filmmaker Timothy Vandenberg, the writer/director of an eight-minute short horror film called AGATHA. He invited me to review the film that, after recently making its debut at the 16th Annual Screamfest in LA, has been generating some serious buzz in the horror community. I was about to discover exactly what all the hype was about.

This short has everything you want in a horror film — striking visuals, excessively creepy atmosphere, heart-pounding tension and a terrifying climax — packing a tremendous punch in its short run time.

The film opens up on a spacious, Victorian home. Standing inside is a young, disheveled orphan named Sophie (Louise Ogle). She’s been hired by the prim matron of the home (Penny Kohut) to deliver food to a strange, seemingly sick and bedridden woman living in the upstairs attic. The matron instructs Sophie in her duties and the very specific rules she must follow.

Enter the room, place the food on a table by the bed, and leave. Don’t speak. Don’t make a sound. Never approach the bed and NEVER go past the table.

The instructions are given with chilling emphasis, delivered in a stern and foreboding tone. The woman forces the frightened young girl to repeat the rules, promising she understands them completely. It’s clear something is very wrong with this picture. It’s equally clear that rules this strict and a child’s natural curiosity are a dangerous mix.

After this small bit of exposition, the rest of the short is dialogue free…and it works brilliantly. Ogle as the innocent child is a dream, speaking volumes without words with her wide-eyed expressions and that perfect look of part rational fear and part unrelenting curiosity. We care about her as a character and become invested in her plight; no small feat considering her virtually dialogue-free performance and very limited screen time. 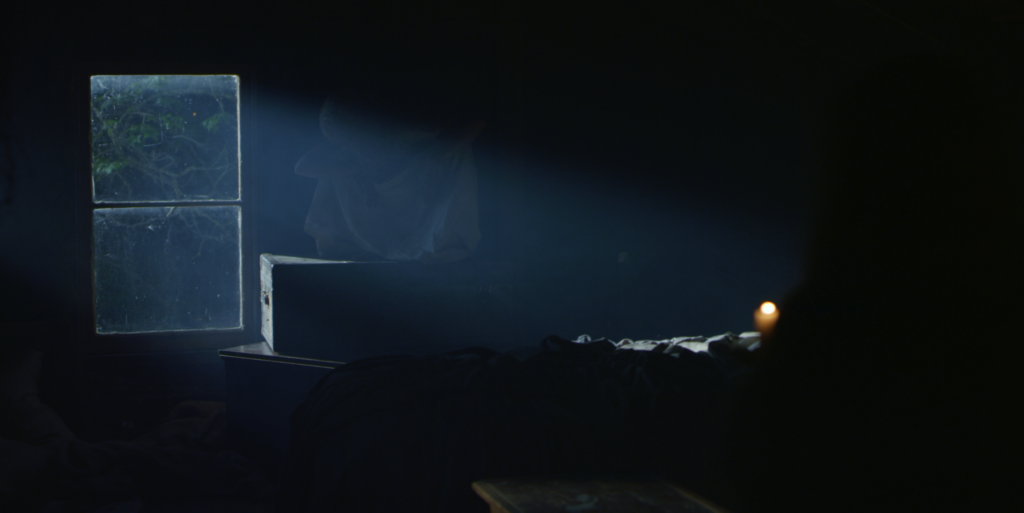 Director Vandenberg, aided considerably by Diego Jimenez’s brilliant and haunting sound design, masterfully creates a palpable and growing sense of dread. I loved the clever way the film revealed just enough, through expert editing (done by Vandenberg himself) and subtle foreshadowing, without every fully showing its hand.

Even the final, flawlessly executed reveal leaves the viewer satiated without feeling force fed. There’s just enough welcome ambiguity to give you closure, while still leaving you craving more. From the first frame to the last, every beat of this film is pitch perfect. AGATHA is currently on the festival circuit. If you get a chance to see it, I urge you to do so. This is the kind of short that makes you stand up and take notice, feeding your love of smart and original horror and leaving you ravenous for more.

Fortunately, Vandenberg has already announced plans to turn AGATHA into a feature-length film. He recently completed a successful Kickstarter campaign to raise publicity funds, allowing the up-and-coming filmmaker to show the short at more festivals and pitch the feature to potential investors. I encourage you to seek this one out keep Vandenberg’s name on your radar. He’s definitely someone poised to make an incredible mark on the genre, and I can’t wait to see what he does next.