Horror Short: They Live Inside Us (The Witching Season)

“Monsters are real and ghosts are real too. They live inside us and sometimes, they win.” – Stephen King

We previously told you about “The Witching Season”, a Halloween horror anthology web series on YouTube. When we first reviewed the series, described by writer/director James Morris as “Goosebumps” for adults, three episodes had been released. Each of the episodes focused on a particular horror sub genre — including slasher films, possession tales, and alien abduction stories — and ranged in length from 10-15 minutes.

Now the talented team behind “The Witching Season” has released their fourth, and by far most ambitious episode called “They Live Inside Us“. The premise is simple. A writer spends the night in a home, rumored to be haunted, where a notorious murder/suicide took place. He’s hoping the home’s creepy setting will serve as the perfect inspiration for his new horror screenplay.

This fourth short is considerably longer than the other three in the series, clocking in at a little over thirty minutes. Instead of focusing on just one popular horror trope, “They Live Inside Us” cleverly tackles several of them through a very ingenious “film within a film” plot device. As our protagonist tries to come up with perfect setting and storyline for his screenplay, we see his drafts acted out on screen. Each scene centers around the same actress Stevie Dutson), the damsel in distress, and the same actor (James Morris), the murderous madman. There’s a really good reason for this, which the episode later reveals in a satisfying twist ending.

What this short ends up being is a brilliantly executed and exceedingly creative episode of an anthology series that ends up working as its own self contained anthology. It features a compelling “wraparound” story that serves as the primary plot line, with three smaller segments nestled in the middle. Both Dutson and Morris deliver powerful performances, while high production values and an impressive original score from Randin Graves and Slasher Dave make this horror short from series creator Michael Ballif a must see.

If you’re like me and appreciate all the behind-the-scenes and inner workings that go into movie making magic, you’ll definitely want to also check out the Director’s Commentary for this short.

Finally, if you’d like to help support the series, you can pick up one of the stunning, limited edition 11×17 THE WITCHING SEASON Posters (designed by the talented Marc Schoenbach of Sadist Art Designs). Click here to purchase while supplies last. 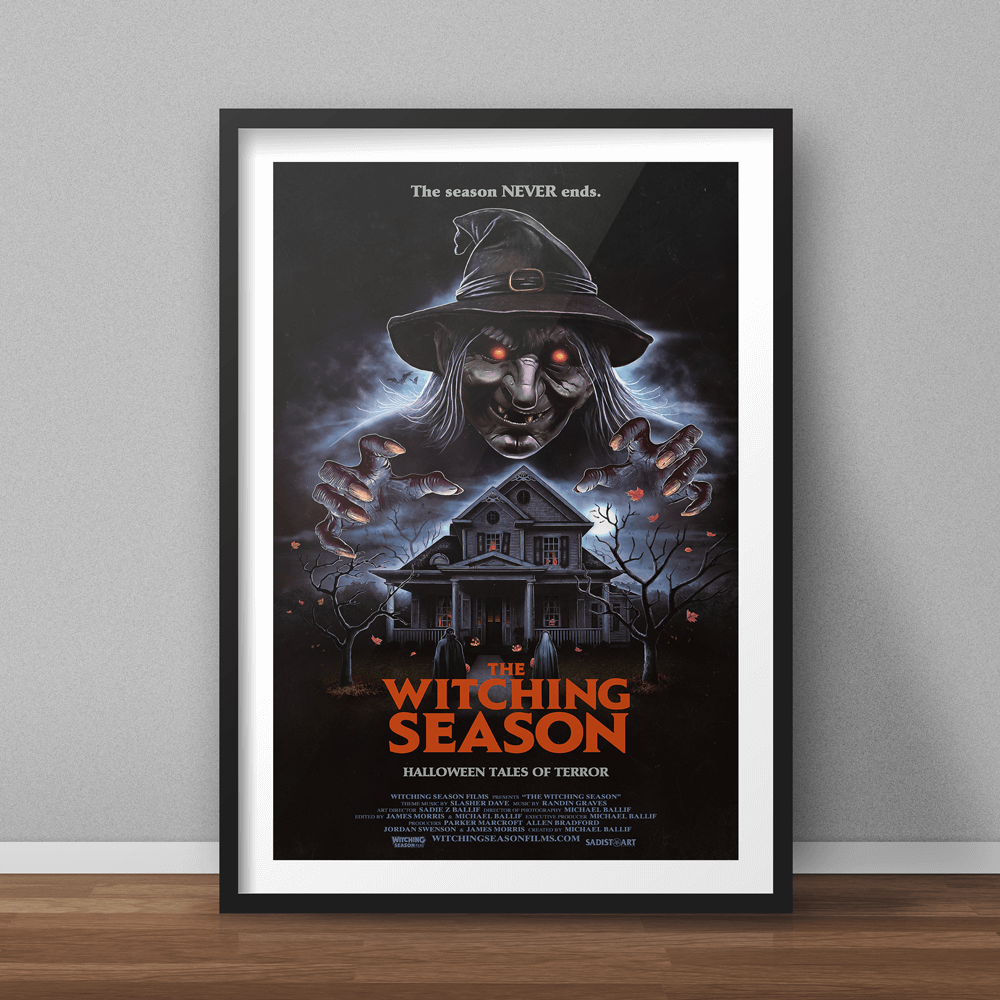 You can watch all four episodes of the series at YouTube.com/witchingseasonfilms. Don’t forget to SUBSCRIBE to catch each new episode as it’s released.