While we await the candy-colored gothic/erotic horror of Tearful Surrender, Cassandra Sechler gives us the unexpected body horror short Lovesick. 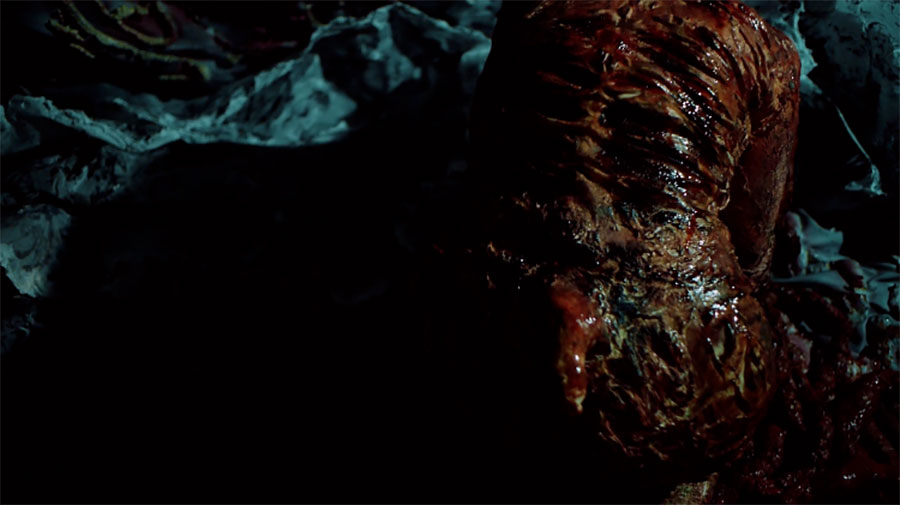 Lovesick is an experimental, slime-soaked vision of the delight and despair a hideous alien creature experiences as, while in the throes of death, it imagines the sexual sensations of touching human flesh.

There is a stark, palpable, yet unfamiliar pain in Lovesick. Watching it made me feel like I was a knot of raw flesh. Damp, tightly-bound, and unable to escape the nausea stuck in my throat.

As the dying alien, Cassandra moves as if in the throes of a trancelike stroll down a gore-soaked, bottomless wet dream. She twists and writhes with an undeniable humanity, even though she is portraying an alien. The alien touches itself as it imagines the softness and smoothness of the human form. 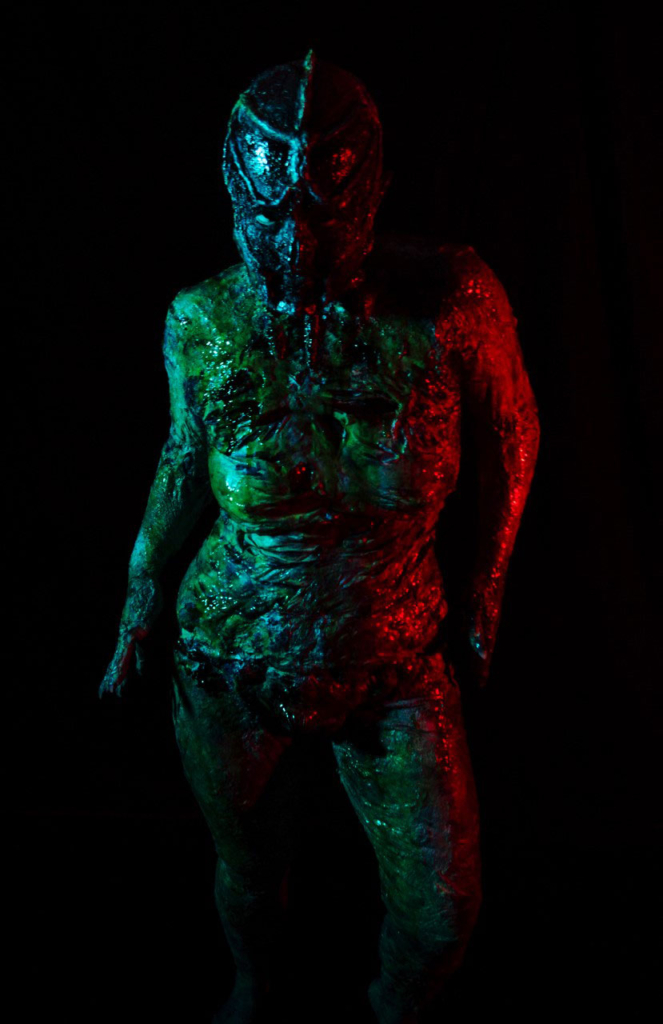 Within the alien’s imagination, the human shape is very artificial and unnaturally lit, as if to say although the desire and love for humanity is there, the way it interprets humanity is flawed and confused. It makes me wonder if what the alien has observed about us is surface only. If it truly understood human flesh, wouldn’t the object of its affections be flesh too?

For something with a running time of only eight minutes, Lovesick certainly encourages a lot of complex emotion and thought.

I love the fact that, like the Dreams for Dead Cats feature Elliot, it cocoons both the heart and the mind with equal amounts of twisted angst. The alien design is a distressing and unsettling topography of bone bumps, flesh folds, and gooey growths. 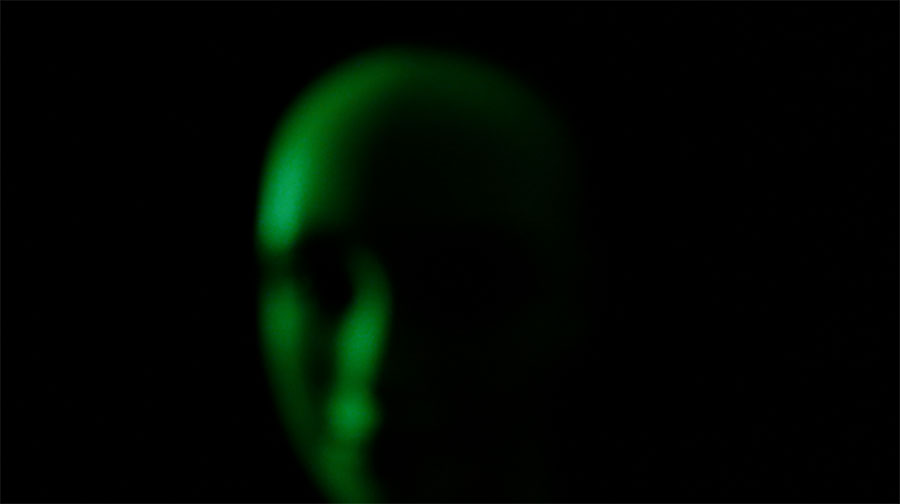 Yet within the otherworldly mess of dying organic matter, a glow of sensuality and femininity shines through, thanks to Cassandra’s seductive yet melancholic performance. Interpretive dance more than an actual “performance”, actually. The color scheme and lighting itself is a character. Complimenting them on their unique visual approach, I learned that the Dreams for Dead Cats crew refer to their style as “Creepshow colors”.

Lovesick is debuting in the San Francisco area in August, and will then be available on the DFDC Vimeo channel for free in September. It will also be included in a Dreams for Dead Cats DVD compilation, tentatively planned for a Fall release.