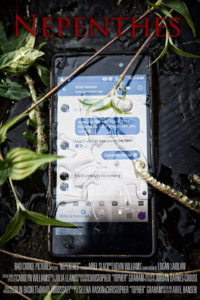 I’ve become a rather large fan of Bad Cookie Pictures, a production company founded in 2016 by Ariel Hansen and Christopher Graham. Based out of Vancouver, BC, the company specializes in projects that involve horror, science fiction and other fringe cinema. The talented duo has already made a quite a mark with several standout, stellar shorts.

I first discovered Bad Cookie Pictures with their debut film Ready to Burst, which also marked Ariel Hansen’s debut as both a writer and a director. From that point, I knew that Hansen was a promising talent with a bright future ahead of her. She followed up the success of her first film with an incredibly creepy, twisted fairytale call The Man in the Rabbit Mask, which you can check out here.

Most recently, the team at Bad Cookie Pictures launched a successful crowdfunding campaign on Indiegogo for the BAD COOKIE COMBO — a genre film double bill featuring the work of Hansen and Graham. I was fortunate enough to screen one half of the double bill, the short by Hansen called NEPENTHES. This is the fourth short film directed by Hansen and the third written by her.

The film stars theatre actor Ariel Slack in her onscreen debut as a woman named Max who is desperate to make a meaningful connection. She begins the film getting stood up by an online match. Dejected and lonely, she starts to head home when she suddenly receives a new match from a gorgeous woman named Venus, played by indie darling and scream queen Tristan Risk.

Immediately intrigued by the mysterious beauty, Max makes plans to meet her at her home. But she ends up getting herself into a painfully sticky situation as she learns Venus might not be who, or what, she says she is.

NEPENTHES is a wonderfully stylized and well-acted body horror film. In addition to a creative and engaging story, the film delivers great gore and practical effects. With her previous films, Hansen has proven she is highly skilled at the effective and gratifying use of gore.

“The most important thing for me is a makeup artist who can execute blood, guts and any other bodily secretions well,” explains Hansen. She is aided considerably in this film by the talented SFX artist Carolyn Williams (STAR TREK: BEYOND; LA QUINCEAÑERA), who managed to create some very convincing and delightfully disturbing prosthetics for the film’s satisfying finale. 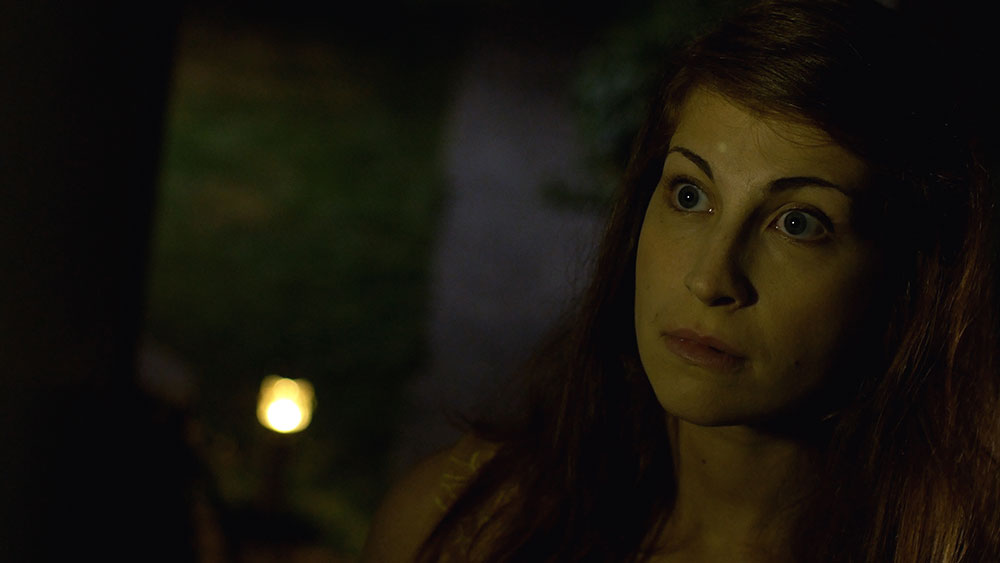 Hansen explains her penchant for the beautifully grotesque:

“Body horror in particular is fun to explore as a woman. Our bodies have been picked apart, mystified and objectified for so many years, it’s quite cathartic to show a female body opened up or turned inside out as if it’s not her own — which I think many women have already been made to feel.”

I love the creative and intelligent way Hansen explores the lonely and often demoralizing and degrading world of online dating, establishing the desperation many women (and men) feel in the quest to find meaningful companionship — and the dangers associated with being that vulnerable.

The film is a brilliant metaphor for that furious hunger for love, the desire to be consumed by a relationship, and the longing for flesh. It’s a cautionary tale about what happens when we give ourselves to another who only wants to chew us up and spit us out.