These six stellar sitters did a killer job trying to keep their young charges safe from the forces of evil — with some making the ultimate sacrifice.

Horror and babysitters go together like Nancy and nightmares, like Sidney and familial troubles, like Laurie and Michael. This is especially true for the latter, but the bottom line is… horror loves to terrorize babysitters. Often barely adults themselves, babysitters are sympathetic victims responsible for the lives of the children they care for. For decades, horror fans have seen babysitters be manipulated, tormented, murdered, and reviled – but rarely celebrated.

Today, that changes. One of the most famous horror nannies, Jill Johnson in When a Stranger Calls, didn’t even know that her charges had been murdered until it was too late…setting the bar extremely low for her nannying successors. It only seems fair to acknowledge and revere the babysitters who went the extra mile for the children they cared for, despite their horrifying circumstances. Here are 6 of horror’s best babysitters.

A good babysitter will keep the children alive. A great babysitter will give them the skills and the confidence needed to keep themselves alive. At least, that’s what I’m telling myself to validate Bee’s (Samara Weaving) undoubtedly polarizing presence on this list. Sure, she eventually tries to sacrifice Cole (Judah Lewis) to The Devil. But up until then, she was a spectacular babysitter. I’m no Bee apologist, but she did give Cole advice early on in the film that would serve him well in his struggle for survival. One of her recommendations to Cole was that he should kick his bullies in the dick, and he used that signature move to evade Max. So, while Bee wasn’t traditionally a good babysitter, she was kind to Cole early on and gave him the confidence to figure out what he wanted, while pushing him to do whatever he could to get it — even though that led to her eventual demise at Cole’s hand. 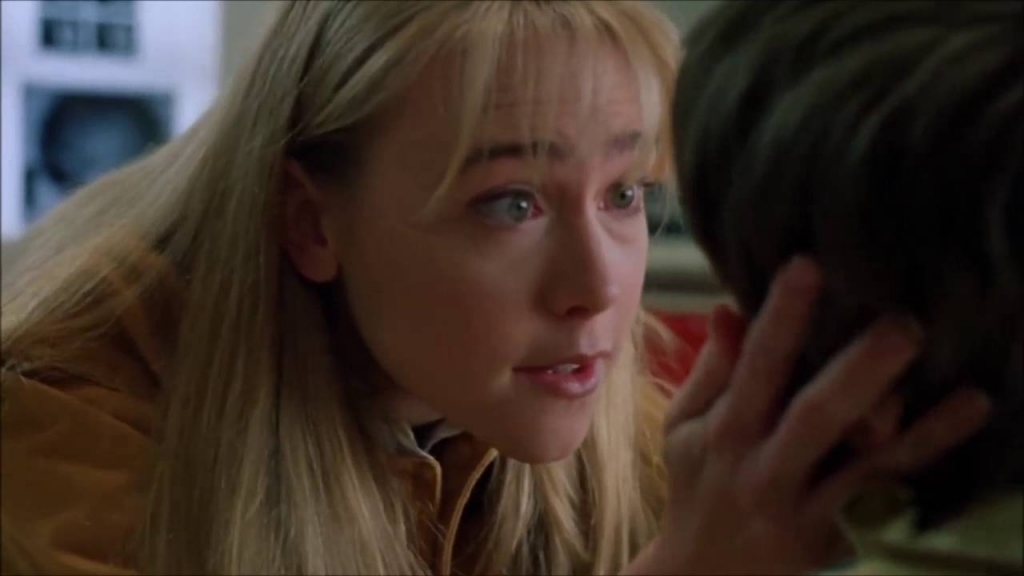 Julie (Tracy Middendorf) wasn’t in many scenes, but the ones that were graced by her warrior’s spirit were certainly memorable. At the height of Dylan (Miko Hughes) and Heather’s (Heather Langenkamp) perceived hysteria regarding Freddy’s manifestation in the real-world, Julie fought for the family that trusted her. While at the hospital, surrounded by paternalistic healthcare providers looking to sedate Dylan, Julie chose to believe Heather and Dylan, going as far as punching a nurse in the face while trying to keep Dylan awake. Unfortunately, her ferocious dedication to keeping Dylan awake and alive led to her demise at Freddy’s hand. Even so, her death was not in vain. Her last words were spent telling Dylan to run, buying him enough time to escape the nightmarish murderer. 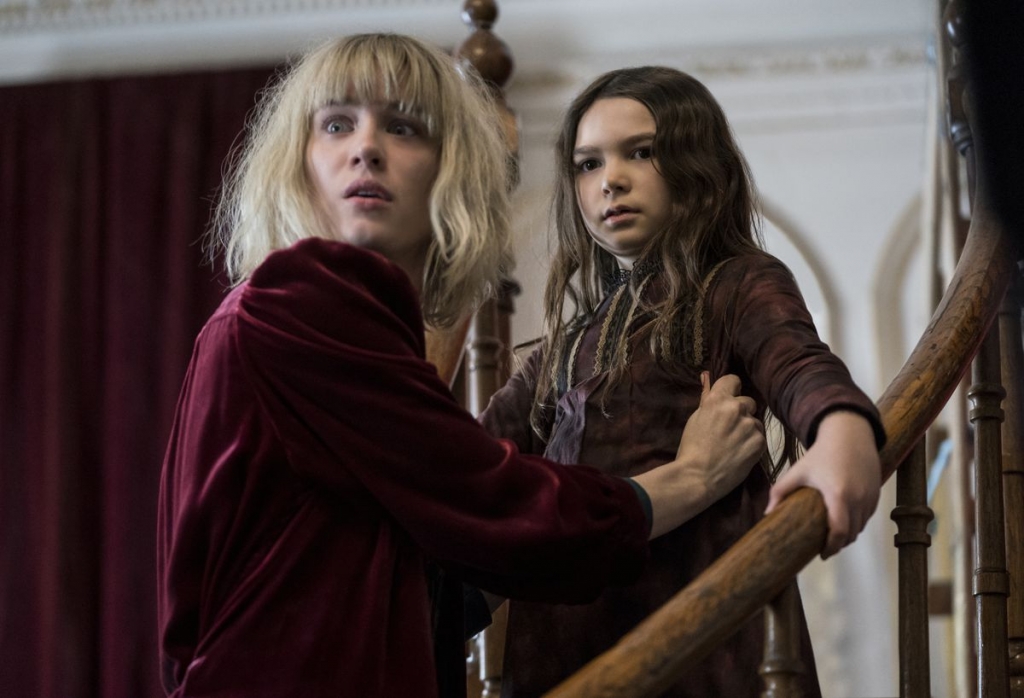 Kate (Mackenzie Davis) is a prime example of a great babysitter in a not so great film. Hired to become a live-in nanny for a wealthy family after the death of their parents, Kate is left in charge of adorable Flora (Brooklynn Prince) and her unnerving older brother Miles (Finn Wolfhard). Throughout the film, Kate is continuously tormented and gaslit by Miles and other spectral inhabitants of the house, but that doesn’t stop her from trying to win both of the children over. Kate’s kindness is certainly taken advantage of in The Turning. And while the events that transpire unhinge her, her commitment to treating the children with care is commendable. 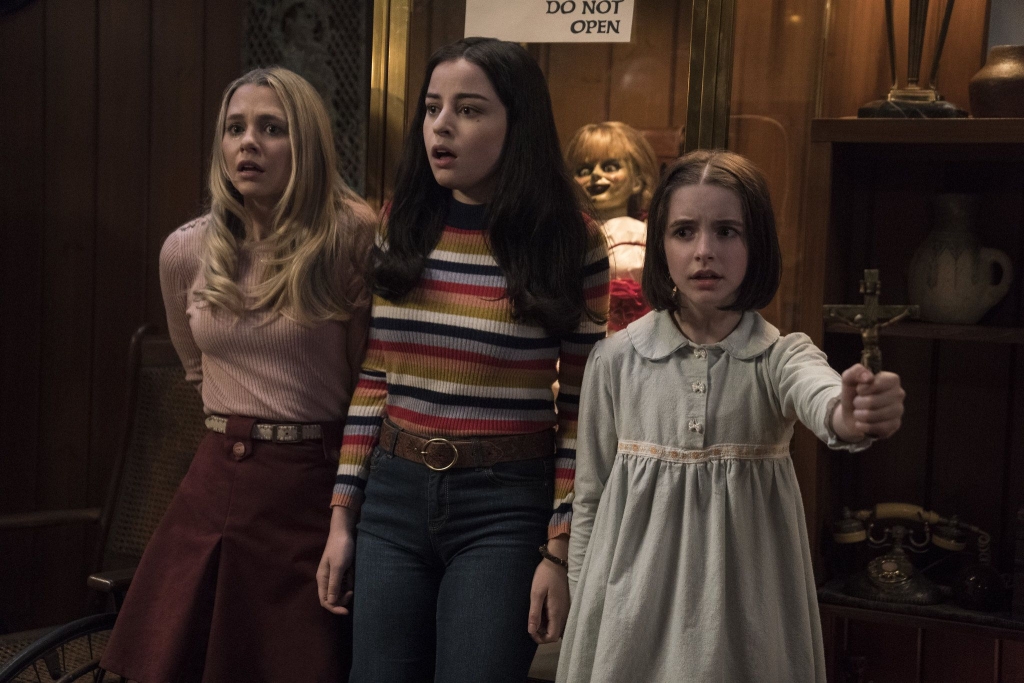 Early into the film, Mary Ellen’s (Madison Iseman) meddling friend Daniela (Katie Sarife) calls her “the best babysitter ever”, and she spends the rest of the movie living up to that title. In charge of watching sweet little Judy Warren (Mckenna Grace), Mary Ellen is committed to making sure that Judy not only has a great birthday, but a good time while her parents are away hunting demons. Before the supernatural stakes are ever raised, Mary Ellen bakes Judy a cake, orders them pizza, and fully prepares herself to do whatever the young girl wants to do for fun. Mary Ellen cares for Judy beyond the confines of the Warren’s home, her relationship with Judy less an obligation and more a mutual respect and commitment to the family. After Daniela awakens every haunted artifact in the Warren’s home, Mary Ellen continuously puts herself at risk to protect Judy from demons, phantom ferrymen, and even werewolves. Mary Ellen spends most of the film afraid, but never lets her fear eclipse her care for Judy.

Vicky (Virginia Gardner) and her charge Julian are a pair of bickering, bantering pals that bring a certain warmth and humanity to the latest Halloween installment outside of the Strode family. Vicky treats Julian more like a tiny friend than a child left under her care, and their bond is unbreakable until Vicky’s very untimely end. Vicky not only does her best to keep Julian alive, she dies with honor, taking blows by Michael’s blade so Julian doesn’t have to. If a good babysitter keeps the children alive and a great one teaches them how to stay alive, then an amazing babysitter dies while doing both of these things. RIP Vicky. 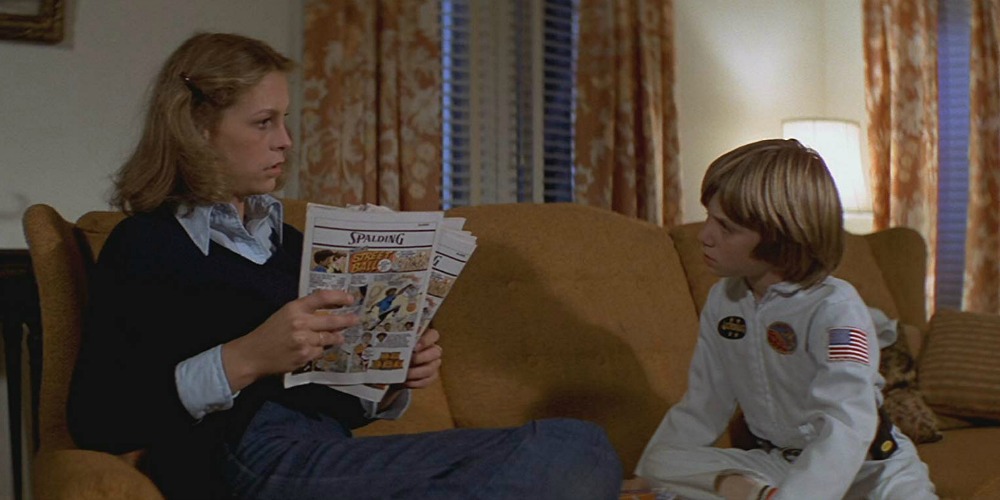 It would be a criminal oversight to discuss good, tortured babysitters without talking about Laurie Strode (Jamie Lee Curtis). While much of Laurie’s character development occurs in later installments of the Halloween franchise, Laurie does do her very best to protect the kids under her care while also trying to escape from Michael Myers. Her efforts include ordering the children to run while she stayed behind to face off with the masked murderer and putting their safety above her own in during Michael’s subsequent (or continued) attacks. Laurie may not be as phenomenal a nanny as some of her other compatriots on the list, but she certainly deserves recognition for serving as the blueprint for generations of babysitters after her.