10. Blood Feast (Comet Video)- Herschell Gordon Lewis’ classic gore trilogy were all released on VHS in glorious big boxes by the amazing company Comet Video. Of course, it was hard to choose just one out of the three, as they all had amazing covers! But I had to go with the first in the trilogy for my top pick. 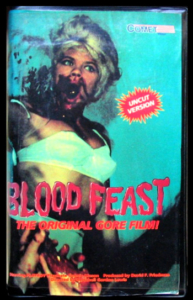 9. 7 Doors of Death (aka The Beyond) (Thriller Video)- Probably one of the most wanted Thriller videos out there is the famous Lucio Fulci classic The Beyond, title 7 Doors of Death on the VHS release. Another big box title, this is a very well known release with infamous comic style cover art. 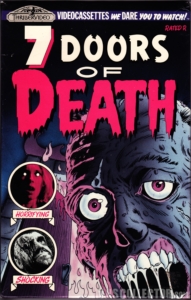 8. Gore-Met Zombie Chef From Hell (Camp Video)- Yet another VHS packaged in a big box, we have an amazing release from the wonderful Camp Motion Pictures. While there is a standard slipcase release of this film, that version is very common and not worth very much. However, the big box release is very rare and valuable. 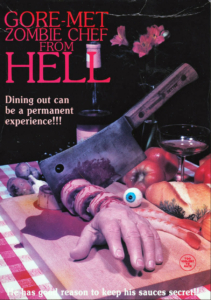 7. Linnea Quigley’s Horror Workout (Cinema Home Video)- While not as rare as some of the other titles on my list, this has been one of my most wanted since the very beginning. This is a must own for any Linnea Quigley fan such as myself. I mean, come on, it’s a horror workout video with the scream queen Linnea Quigley! What horror fan wouldn’t want to see that? 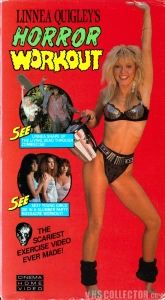 6. Headless Eyes (Wizard Video)- A classic Wizard Video big box. Almost everybody will agree that Wizard has the best cover art around…and this is definitely no exception. This is definitely one of the more wanted Wizard tapes, alongside Parasite, Texas Chainsaw Massacre, S.S Experiment, etc. This is one that has been on my want list for a long time, While the movie is not nearly as great as the cover art would have you believe, this would make a stunning addition to any respectable VHS collection. 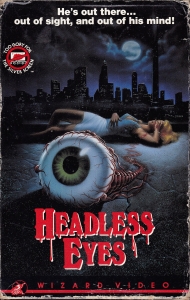 5. Halloween Night (Atlas Entertainment Corps.)- A very rare tape that has another amazing cover. This is a hard to find slasher that has yet to be released on DVD. Although very wanted by many collectors, it’s not as wanted as its other release under a different title (see #4 below). 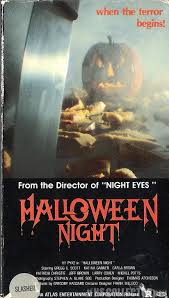 4. Hack-o-lantern (Legacy Entertainment)- This is the other release for Halloween Night, and it is the more rare out of the two. This one rarely ever pops up on Ebay or Amazon. I have never seen a copy of this tape in the wild, or even online for that matter. 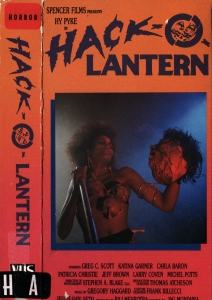 3. Lunchmeat (Tapeworm)- Another of the most wanted tapes by collectors, this is a pretty infamous release. With the amazing and gory cover, no collector can deny the rarity of this gem. 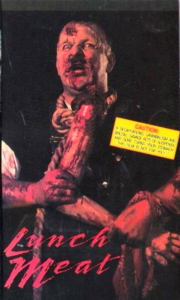 2. 555 (Slaughterhouse Entertainment)- Yet another amazing gory cover, this is definitely on every collector’s most wanted list. This is the only American release of this film on VHS and boasts another infamous cover that almost every horror fan has seen at least once in their lifetime. 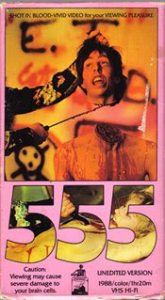 1. Tales From The Quadead Zone (BC video)- Was there really any doubt that this would be number one on this list? This is the rarest and most wanted tape as of right now. Any collector will go to the ends of the earth to get their hands on this particular tape. Unlike other entries on this list, this is the only tape that can take the number one spot. 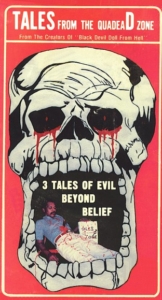 I hope you guys enjoyed my list. The list will change every year (hopefully as I add one or more of these to my collection!), so stay tuned for next year and for the next review.