For the second year in a row, Morbidly Beautiful is proud to sponsor the Happenstance Horror Fest, and we want to see your amazing work showcased there! 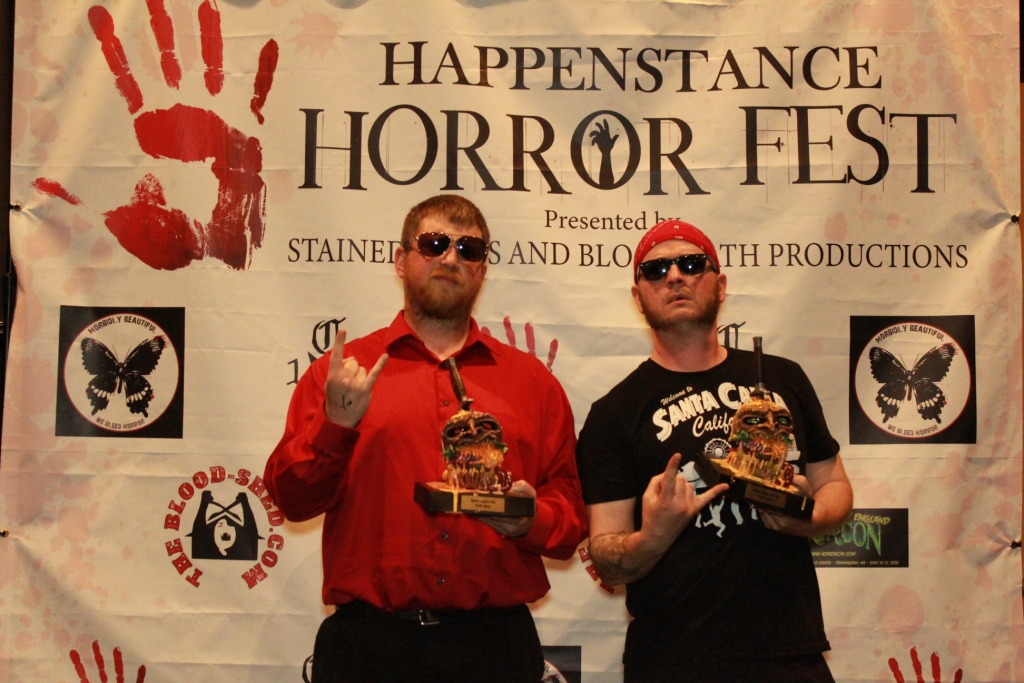 The festival is currently looking for more great short indie horror films, of all types and budgets, and you can use code morbid2019 to save 50% of your already low entry fees!

We are so proud to be a part of what indie filmmaker George James Fraser has created up in Massachusetts — an event that highlights all things indie horror while celebrating an enthusiastic, punk rock style. Now in its fourth year, the Happenstance Horror Fest (HHF) was created as a way to help promote the unsung heroes of indie horror and bring more original, independent horror to a wider audience.

This year, the festival is trying out a new venue in its home base of Haverhill, Massachusetts on Saturday, June 15th. 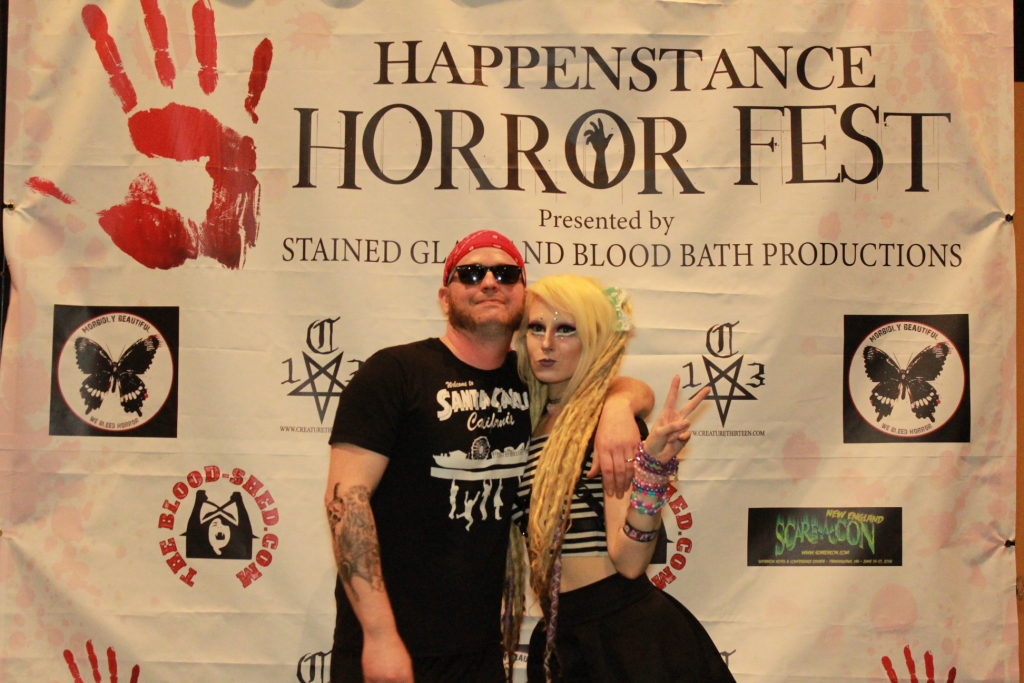 The event features a film festival screening of international and local independent horror films, live music and performers, vendors and artists, special guests, food and drink, and more! There is something for everyone at New England’s #1 celebration of independent horror. In addition to jury awards for best national/international/local films, the best of the fest will be honored with special audience awards in a variety of categories, including Best Death, Best FX, Best Score, and more.

In addition, we here at Morbidly Beautiful are proud to sponsor a very special award recognizing outstanding female talented featured at HHF.

Last year’s inaugural Women in Horror Award went to Sissy O’Hara for her work in Entropia, a remarkable short horror film out of Australia about an aging woman who attempts to regain her youth through her taxidermy and spell books. This year, in addition to sponsoring the award, which was voted on by a local all-female production company, we will be helping judge this category along with a to-be-announced celebrity judge (an iconic woman in horror). 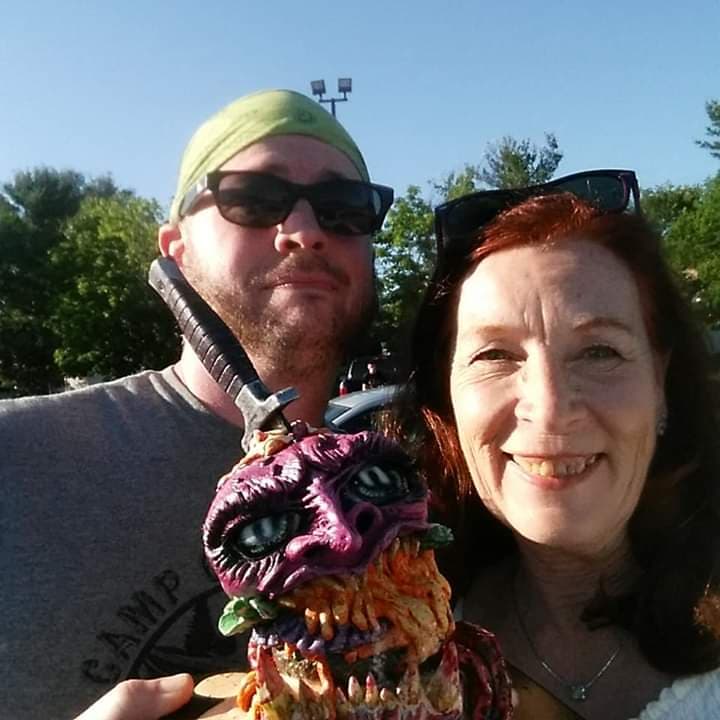 HHF is still taking submissions for films under 20 minutes, as well as trailers. So, if you’re a filmmaker looking for more exposure for your work and the chance to be included among the most beautiful of the bloody all around the world, we urge you to submit your short film now!

Short genre films will be accepted with a run time of 20 minutes or less. All films must be in English or subtitled. All entries must be complete. ALL FORMS OF HORROR ARE WELCOME. And all films will be considered, regardless of budget. All films will be judged by an unbiased motley crew of local horror enthusiasts, including award winning authors, bloggers, and filmmakers.

To submit your film, head over to https://www.Filmfreeway.com/happenstancehorrorfest/. 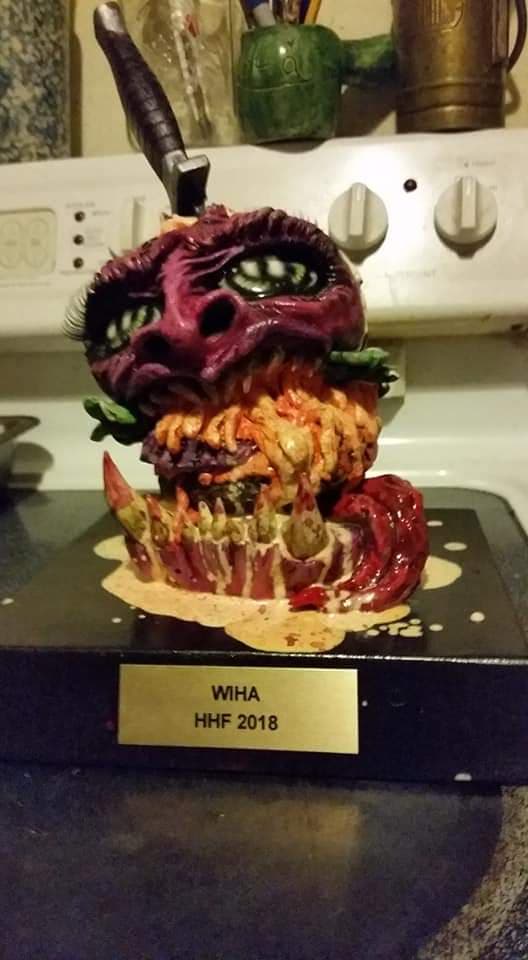 As this is a festival designed to celebrate indie horror and not make money, Fraser purposely keeps the entry fees low to encourage as much participation as possible. As an independent filmmaker himself, he knows how expensive it is to try to make and promote films. While showing your work at a variety of festivals can be hugely instrumental in gaining exposure for your film and getting recognized for your work in the genre, it can be cost prohibitive for many.

For this weekend only, entry fees are an incredibly low $6.66 each. Beginning Monday, April 1st, they go up to $10 each, which is still very affordable. To further incentivize more filmmakers to participate, we’ve teamed up with HHF to offer a special reduced rate to Morbidly Beautiful readers. 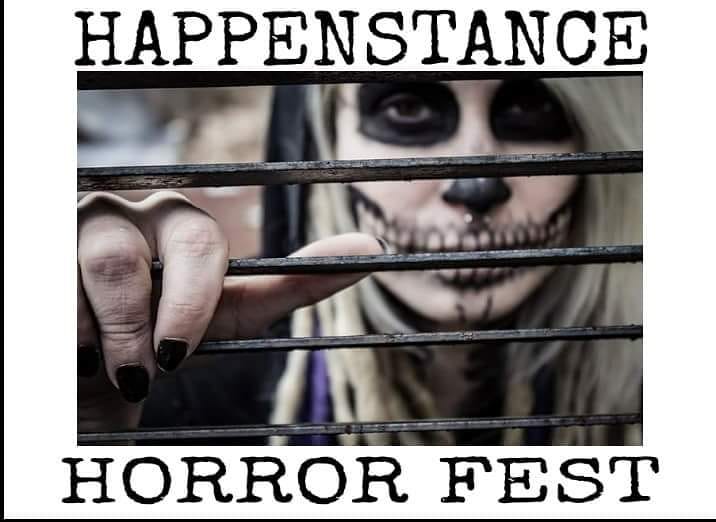 The special code will work throughout the weekend on the already reduced rate, and it will continue to work when the rates go up in April.

The rowdy, fun, and unique Happenstance Horror Fest will have special guests, judges, and filmmakers in attendance and encourages audience interactions. Don’t miss your opportunity to attend, support, and contribute to this growing Fest and the indie film community. This is a festival run for horror fans by a true horror fan — and a filmmaker who understands the importance of recognizing and sharing the innovative, intelligent, truly entertaining and often genre redefining indie films.