Icons of Motherhood in Horror

In celebration of moms everywhere, we honor three of the most formidable, maternal, and bad ass women in horror who protected the innocent at all costs.

Happy Mother’s Day one and all! To all the hard working moms out there, and to those who play both parental roles, this day is all about you.

Mothers and motherhood have been celebrated with great vigor for what seems like forever. And there have been countless themes surrounding moms and what it means to be a mom throughout all sorts of media. There are the family dramas. There are the rom-coms. And there are the love stories. But what about horror?

Well, fascinatingly enough, horror is, in my humble opinion, the benchmark for motherhood themes and storytelling. 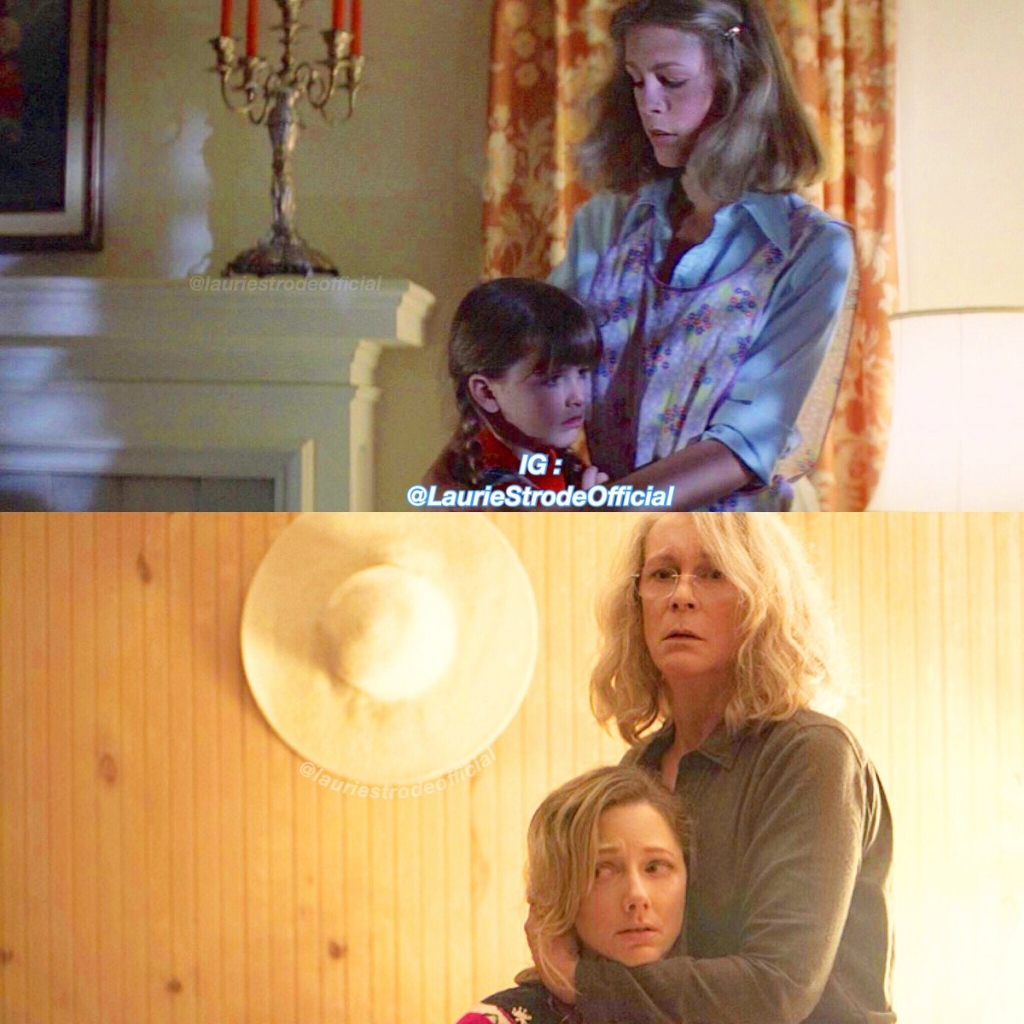 Let me explain. What is the main theme for most horror movies ever made? Chances are, we are following the characters on a journey of survival. And what is a main proponent of survival? Protection. Now, I don’t know about you, but I haven’t met a mom who wouldn’t tear somebody’s face clean off to protect their kids. These devices have been used since the early days of the slasher genre, maybe even beyond.

In the end, it often comes down to the woman of the story (the final girl trope) to save the day, protect the kids, and dispatch the big bad. The following, in no particular order, are some of what I consider the best uses of motherhood in film. 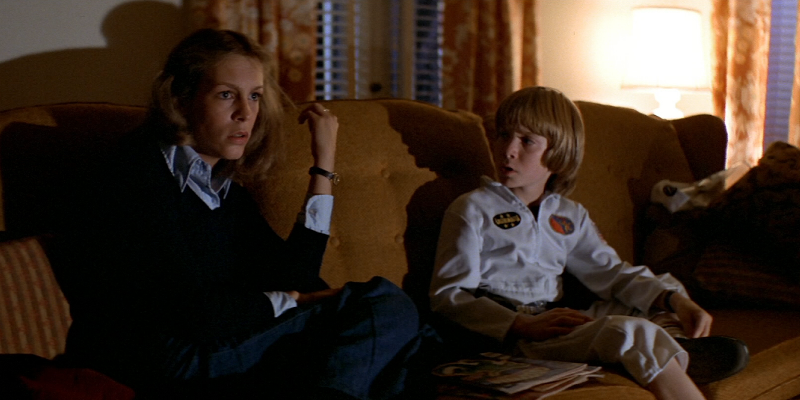 Ah, jumping right into an instant classic. What better way to start than with the unflappable Laurie Strode. Okay, maybe unflappable isn’t the right word. But surviving Michael Myers on more than a couple occasions makes her a pretty tough human. Now, I know there’s some confusion surrounding the official timeline and chronology of the franchise — especially with the 2018 film. But I’m not looking at the canon here, but rather the character herself.

In the 1978 version, Laurie is tasked with babysitting a local kid, young Tommy Doyle, on Halloween night. Before too long, the masked shape known as Michael Myers hits the scene and the body count rises. While Laurie is concerned for her friends, she is primarily worried about the kids under her charge (she manages to collect a second). Throughout the story, she clearly fights for her life, but ultimately puts the kids first. She tells them to run out into the street, or hide or get help while she holds off the knife-wielding maniac.

Yes, this teenage girl has the maternal instinct to do what she has to in order to protect the helpless kids at all costs. Even when I was a kid watching these movies, I picked up on that. There is no doubt that Laurie is the star of the franchise, and the ultimate hero. She’s up against all odds, and not only survives, but manages to get the kids away unscathed.

There’s even something to be said about the closet scene in which Laurie is hiding and Michael crashes through. I’ve heard many times that closest act as a metaphor for the womb. It’s a stretch, but if you really want to connect the dots, you could. It’s small, cramped, dark and ultimately a safe space. Laurie manages to break free of the closet (rebirth perhaps?) and survives the night – which extends into Halloween 2.

Later on, Laurie has her own family. This happens in both H2O and the 2018 reboot. And again, in both, she’ll do whatever it takes to protect hers despite what happens to her. In my mind, she’s the ultimate badass mom, who had the superpowers of a mother well before she was one herself. 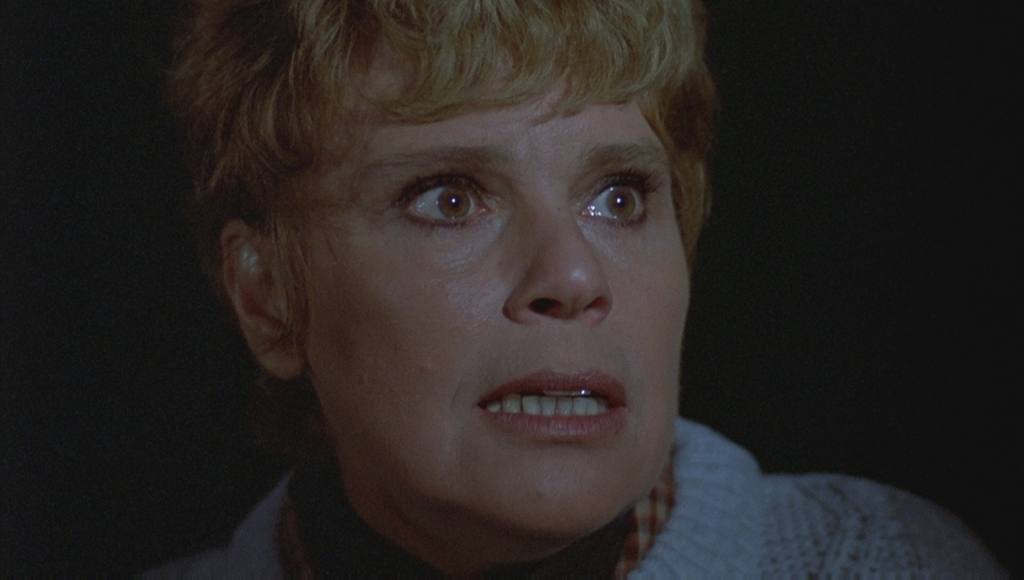 Up there with Psycho is one of the original moms of horror in Pamela Voorhees. 1980’s Friday the 13th presented us with the most vengeful, sadistic, and terrifying moms of all time. But that’s what makes her the best mother in horror.

When her beloved Jason drowned due to the neglect of some camp counselors, she took it upon herself to do what any good mom would – exact revenge upon those who harmed her baby boy. Granted, not every mom would do what she did in real life. And if you didn’t, it doesn’t make you a bad parent. But let’s stay in the world of horror and not so much in reality.

The theme here, much like in Halloween, is a woman who would go to any length to protect her kid.

Though, in her mind, she failed Jason by not being there when he needed her the most. While the drowning wasn’t her fault, deep down she blames herself. At least, this is my take on the situation. And so, before too long, she folds under the guilt. She needs a tangible source to blame. Enter the kids from Camp Crystal Lake. Armed with some sharp and pointies, she does just what she sets out to do and makes those kids pay – that is until the last moments of the film.

Pamela plays a role in future films, as does her everlasting presence and influence — and I don’t mean just in the franchise, but in horror in general. I would argue that the Mrs. Voorhees story is the inspiration for Scream 2. 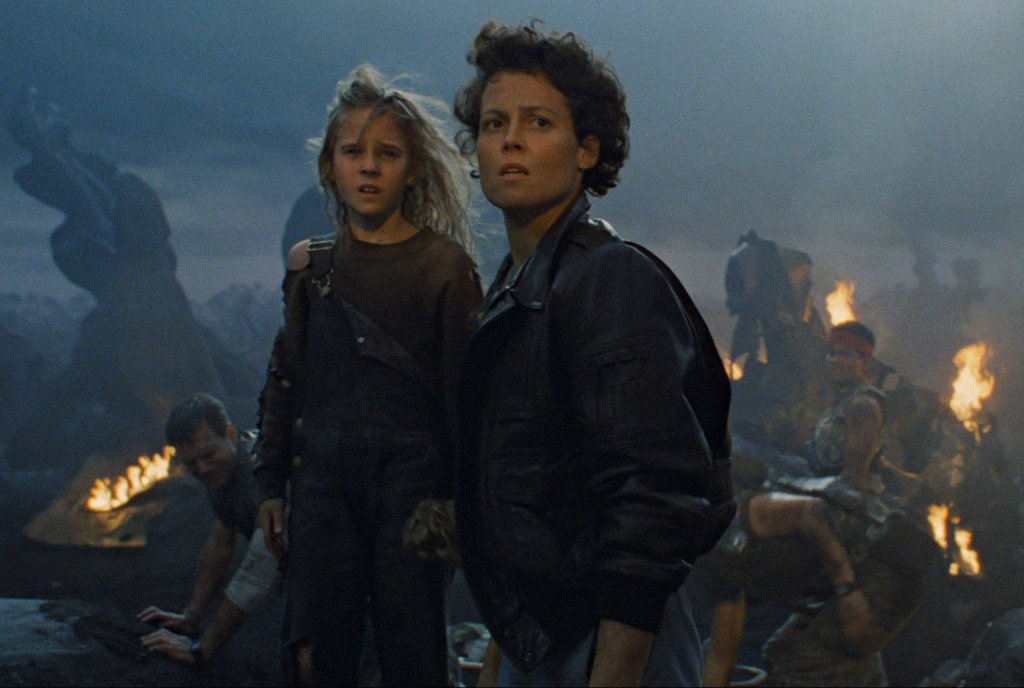 Oh boy. The biggest and baddest of all female leads in any movie franchise ever has to be Ripley. Not only is she one of a very small number of women in the first few films of the franchise, she’s the star, the hero, and the just all around the best. The themes of motherhood in the second Alien movie are by far the most prevalent, especially in the first three films. And this is due to the introduction of young Newt, a little girl upon the vessel in which the film takes place.

While looking at Ellen Ripley, you wouldn’t think yup, that’s what I would call a mom. Rather, you’d probably think she was the complete antithesis of a mother. But, you’d be very wrong, and shame on you for judging a book!

Nevertheless, in maybe the most motherly thing in horror, Ripley straps on an exosuit and utters that line, “Get away from her you bitch!” Ahh, chills every time. You just know at that moment things are about to get real, and Ripley is going to tear the Queen a new one. It’s one on the best scenes in any movie, period.

It perfectly exemplifies the instinct within humans in general. But there’s that something extra within women – that maternal instinct to protect at the expense of their own safety.  That moment is perfect, and it really was one of the high points of the franchise. It launched Ripley, who was one of the first female badass leads in an action/horror franchise, into mainstream popularity.

In my humble opinion, the themes in those films really exemplify what it means to be a mother in horror films. They are three different extremes, ranging from innocence in Halloween with Laurie, to vengeance in Pamela, and finally the pure anger and resourcefulness of Ripley. 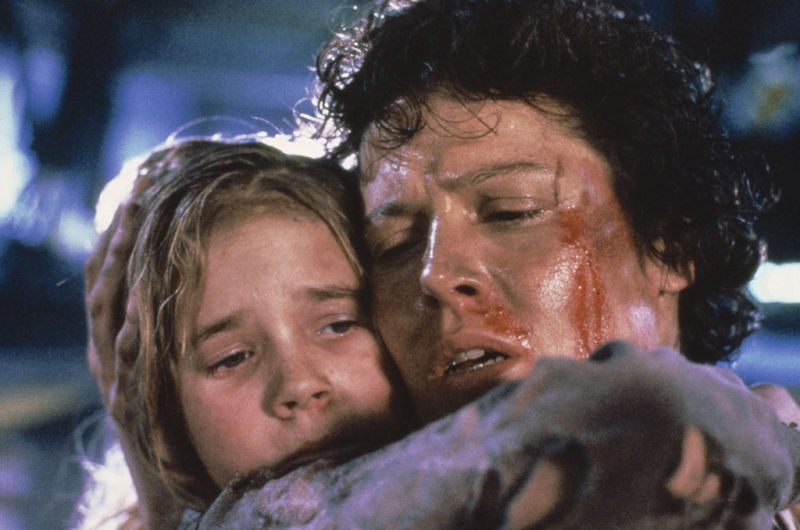 Moms play an important role in everybody’s life, and no more so than in horror. These are just three examples of some kickass women in incredible roles. Of course there are plenty more – I mention a couple above in Scream 2 and Psycho. But there’s so many more, maybe too many to list.

Of course, celebrating the best of horror — especially women in horror — is what Morbidly Beautiful is about. So be sure to check out our other great content focusing on strong, inspiring, kick ass women and moms. And stay tuned later this month for a mega list on the best themes of motherhood in horror, with individual picks from many of our writers.