Real life horror seems to be on “Replay” in America, and Jordan Peele brilliantly tackles it head on in season 1, episode 3 of “The Twilight Zone”. 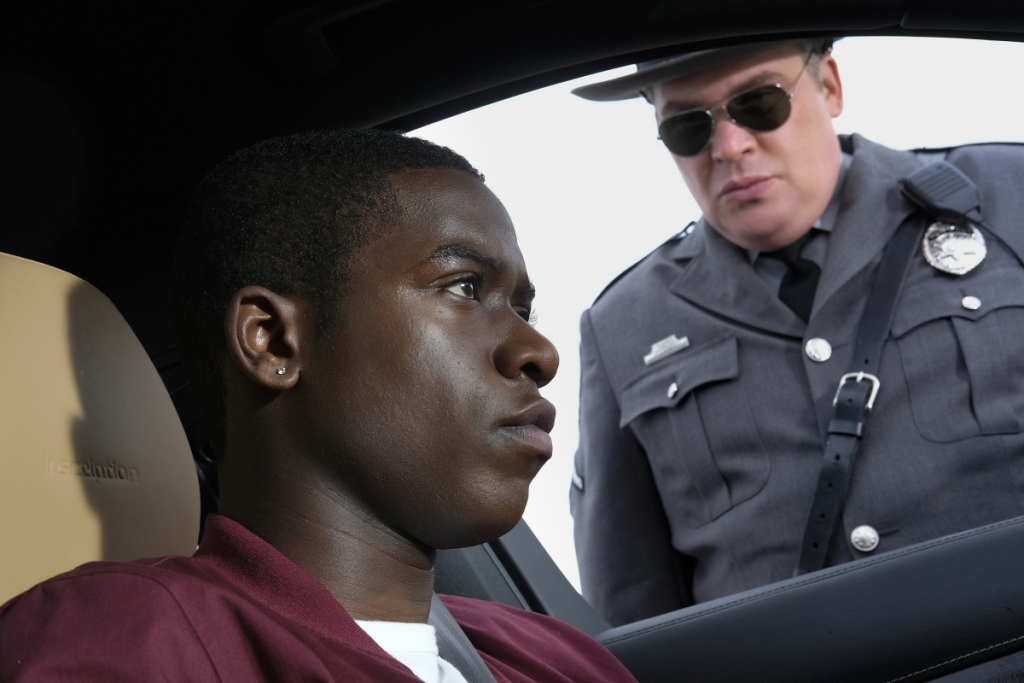 Jordan Peele’s reboot of the classic 1960’s show The Twilight Zone was met with rave reviews when it premiered on CBS All Access in 2019. It managed to perfectly capture the essence of the original show while still updating the content for a modern audience.

For those of us who have only caught the original program in syndication, it can be easy to miss what a revolutionary piece of media it was on first airing. Politically charged and socially aware, Rod Serling’s Twilight Zone used these otherworldly scenarios to highlight our own society’s injustice and hypocrisy.

When Jordan Peele rebooted the show in 2019, he kept this social consciousness at the heart of the show.

From episodes with aliens illegally living on Earth to the corrupting influence on politics, it’s hard to miss the corollaries between the plots and our own current events. But after all, that’s what the Twilight Zone is, a mirror dimension where you can no longer ignore the problems plaguing humanity — because, for once, they finally affect you.

“Replay” is one of the most heart-wrenching, stomach-turning, and important pieces of television to come out in the past 50 years. 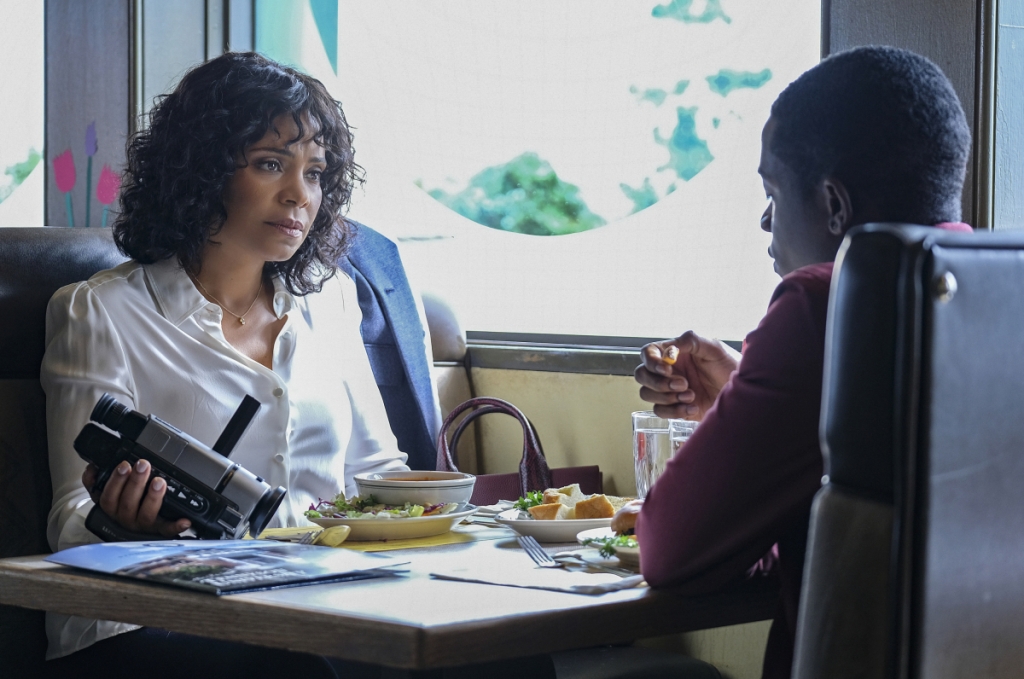 The 3rd episode of Season One is difficult to watch simply because the reality of it is impossible to ignore.

The episode follows Nina Harrison (played by Sanaa Lathan) taking her son Dorian (played by Damson Idris) to his first year of college. This moment, this rite of passage for young adults across the country, is a trope that saturates our media. The only distinguishing feature of this scenario is that it features a black family.

On their journey, they stop off at a diner for a quick lunch. The pair are laughing, chatting, and enjoying this time together when a police officer walks in. Immediately the demeanor of the two changes; they are quieter, less noticeable. They’ve been filming their trip and playing with the camcorder at the diner.

After an incident with a rogue ketchup bottle, Nina rewinds the tape to record over it. But in doing so, she rewinds time itself.

Here we have our otherworldly scenario. 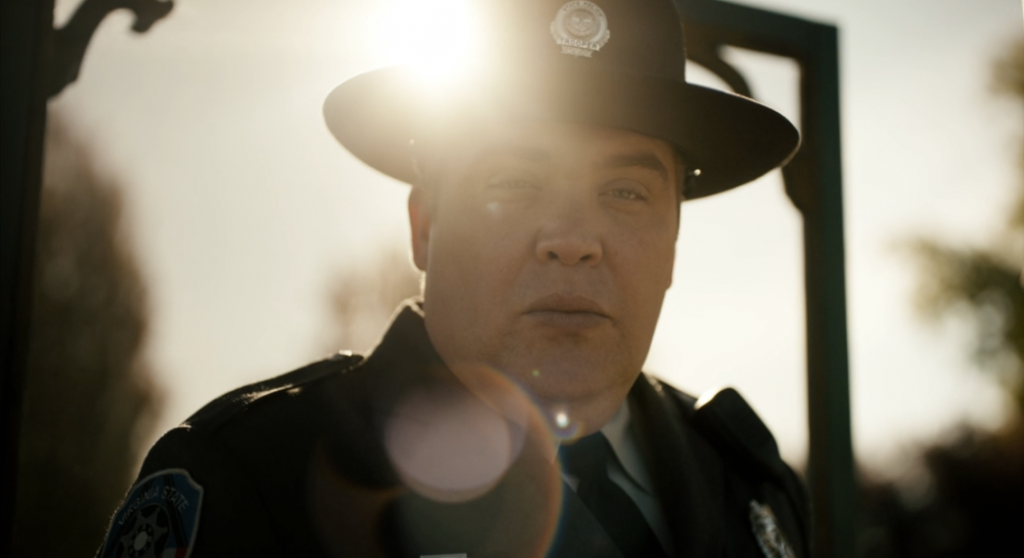 The two finish up their meal and head back out on the road. Obviously Nina is confused and disoriented by what just happened at the diner. But nevertheless, she jokes and laughs with her son as they cruise on down the road. The joy is cut short when they are pulled over by the state trooper from the diner. At this point in the trip, Nina has deteriorated thinking about the camcorder and the strange things that have happened. Worried about his mother, who is near fainting, Dorian asks the officer for help for his mother.

The officer yells commands and draws his weapon while Dorian again asks for help. As a final response to his plea, the officer shoots and kills Dorian. Nina screams, sobs, and rewinds the camera.

They’re back on the road, cruising and laughing. Her boy is back.

The narrative follows the all too real struggle for black Americans. 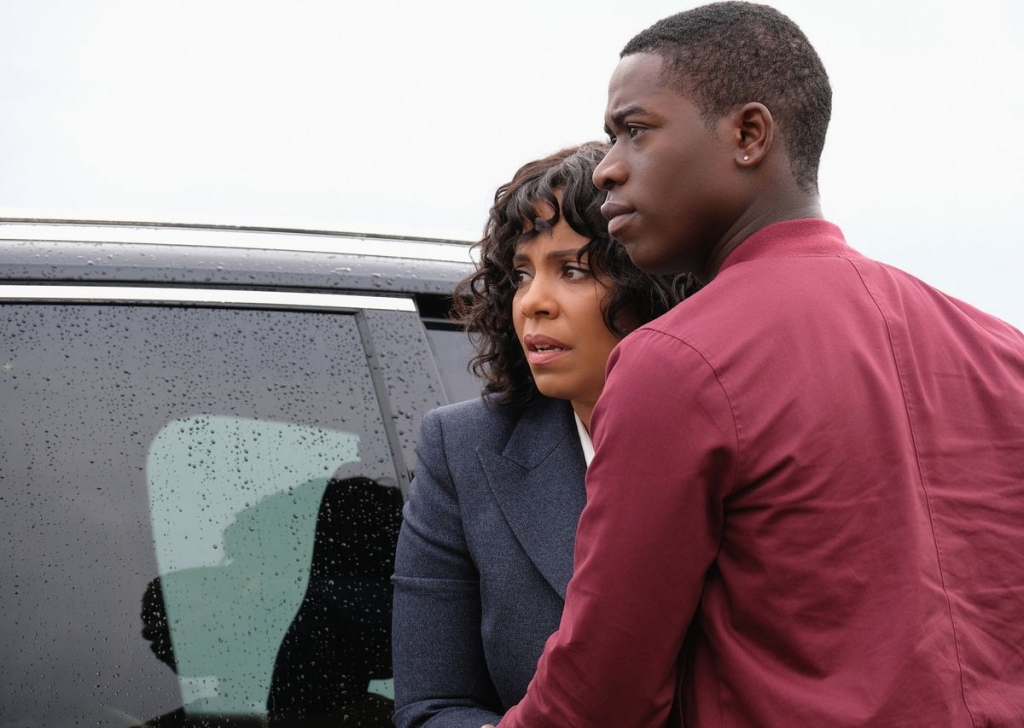 Just as this slaughter seems inescapable to the Harrisons, the rational fear of this fate is inescapable for the black community all across the country. One simple interaction can end in murder with disgusting ease.

The only way to end this replaying nightmare is to band together.

Nina and Dorian go to Nina’s estranged brother, who vows to help them. They must get Dorian to the college campus before it is too late. The state trooper is in constant pursuit, an unyielding and often unseen force is lurking. The cycle only breaks when everyone rises together in defiance of the police.

The Harrisons make it to the campus, and the officer and his reinforcements arrive shortly thereafter. They threaten the family and draw their weapons. They exist as a real and palpable threat extending far beyond any reasonable pretense at policing. But the students on campus see what’s happening. The parents dropping off their own children bear witness to the crime. They stand together with the Harrisons, cell phones drawn, recording the interaction.

It is a clear and strong statement that says, “We see you. You will be held accountable.”

The message of the episode itself is clear. 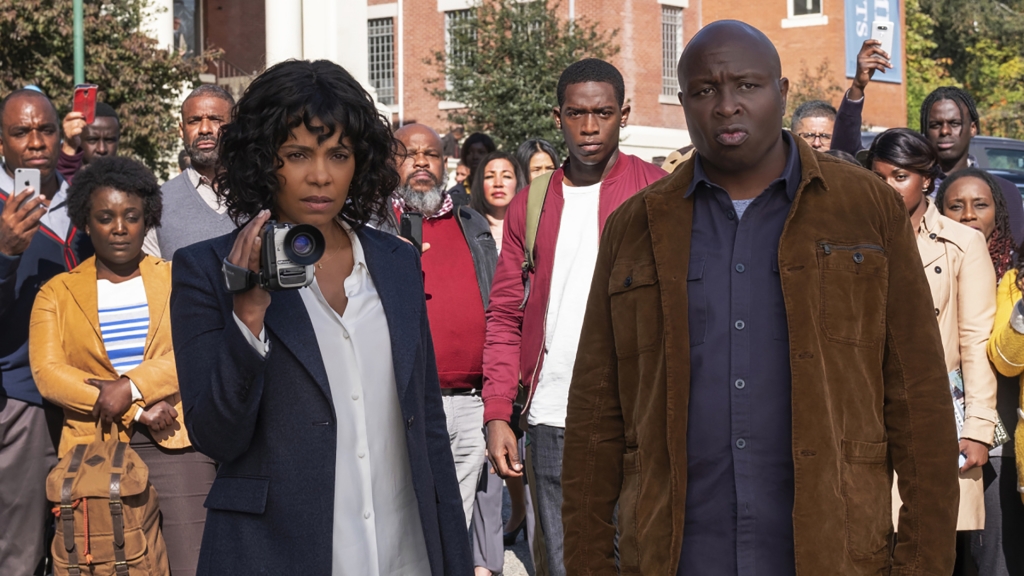 There is no metaphor to get lost in, no subtext to misconstrue. We cannot ignore the truth of the show.

We the audience must band together to put a stop to the senseless violence and police brutality that plagues black people everyday in this country. We can no longer be passive bystanders. We must do our part to ensure accountability and justice in our communities.

One voice alone, pleading to live, pleading for the life of their son, has gone ignored for far too long. United our voices can shake the ground itself. We can make the change. Fighting together, hand-in-hand is our only chance of escaping The Twilight Zone of our current reality.

You can watch all episodes of The Twilight Zone for free via CBS All Access, or rent the entire season or single episodes from Amazon Prime.