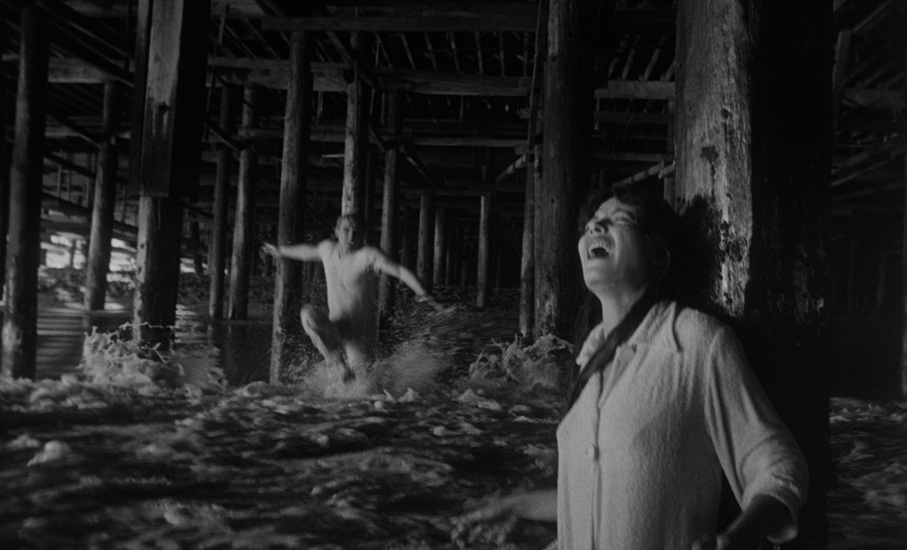 There is something unique about horror films from the 60s. Films from this decade are like strange middle children in horror history — not as campy and science heavy as their 1950s Atomic Age counterparts, and not as violent and sinister as films that came out in the 1970s. Often, these films embody characteristics of the culture at the time.

It’s not uncommon for a 1960s horror film to feature extended scenes with jazzy music being played by some cool cats in some coffee bar, and that is exactly how Night Tide opens.

The film follows Johnny Drake (Dennis Hopper), a sailor on shore leave wandering around the Santa Monica pier. He wanders into a local Jazz club where he meets a beautiful woman by the name of Mora (Linda Lawson).

Johnny starts a conversation with Mora, but a spooky woman in the back of the club scares her off. Johnny, however, is not deterred and chases her out of the Jazz bar.

Now, I don’t know if this was normal in the 1960s, but Johnny Drake gets really pushy with Mora, and she just kind of submits and deals with it. 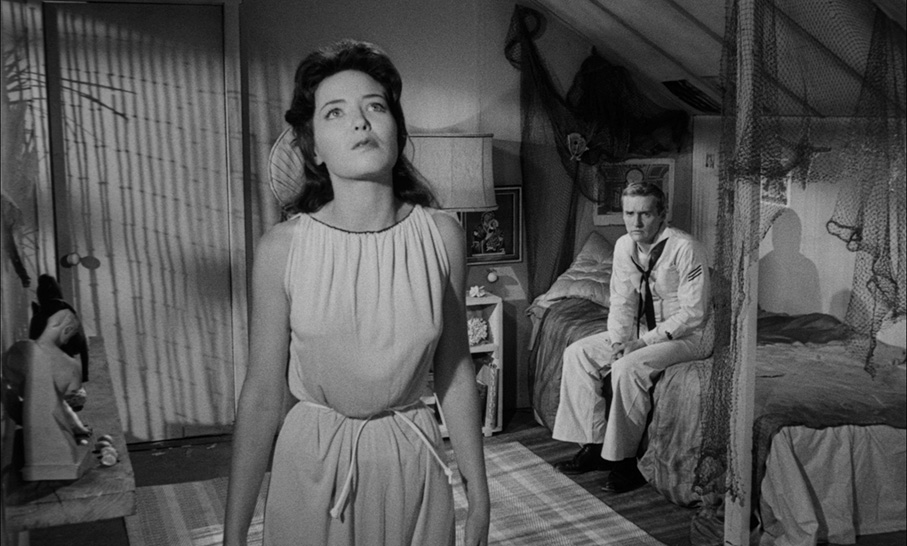 For instance, she says she’s going to walk home but Johnny insists on walking with her. It’s kinda creepy, but she accepts. Once they arrive at her house, Mora tells Johnny goodnight. He again gets pushy and asks, “Aren’t you going to invite me in?”  Mora, of course, responds with a firm no. But Johnny moves in with a weird forced kiss.

So far, the creepiest thing in the film is Johnny’s behavior.

In spite of that, Johnny and Mora’s relationship continues apace. Mora has Johnny over for pancakes, and they go to the beach.

But soon everything starts to go sideways when the creepy lady from the Jazz club shows up and tells Johnny that Mora is a mermaid. 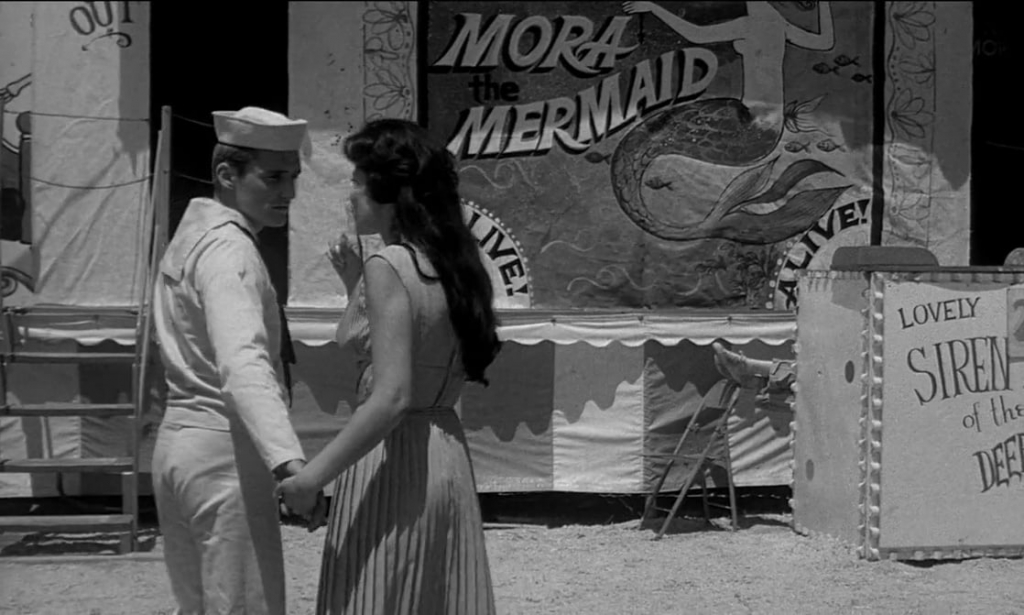 Johnny confronts Mora, and she confirms that she is in fact a mermaid — or at least she plays one at the carnival in the freak show.

At first, Johnny is comforted that his new girlfriend isn’t really a mythical sea creature. But then he hears rumors that she killed her last two boyfriends. And the owner of the carnival mentions that maybe she is actually a mermaid, since he found her washed up on a desert island when she was just a child.

The horror of this film lies in the question that burns in Johnny’s mind: is Mora a mermaid and, more importantly, is she going to kill him?

The film meanders around through some half realized ideas and teasers that really make you wonder if Mora is in fact a mermaid. Unfortunately, the ending is a bit anticlimactic, which lowers my overall rating for this film.

Overall, however, it’s a fantastic little horror movie with some great imagery and a bizarre story, partially inspired by an Edgar Allan Poe poem. Check out Night Tide streaming for free on Tubi.