Horror Short: The Room at the Top of the Stairs

Posted by:
Tags:  Briony Kidd Fianna de Rue shudder The Room at the Top of the Stairs women in horror Women in Horror Month 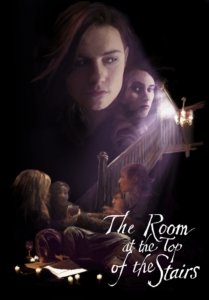 As it is officially Women in Horror Month, it would only be fitting to celebrate all things women. Actually, we should be celebrating all the women in the horror industry year long, but I digress.

As more and more ghouls are creeping up from the shadows we wanted to showcase the ones that are peaking with shorts.

Our friends at Shudder recently released a horror short, “The Room at the Top of the Stairs”. The streaming service has been dousing viewers with short spurts of horror. Not only is this a great way to release new content to the world, but it’s also a chance for upcoming filmmakers to flex their creativity.

“The Room at the Top of the Stairs” is not a horror film in the traditional sense. Don’t expect blood, guts and gore. The fifteen minute short stars Fianna de Rue, who is simply known as “The Girl”. In the few minutes the cinematic experience hits our screens, we realize that this modern coming-of-age film explores more serious issues than simply scares. Perhaps this was the direct intention of director/producer Briony Kidd. She drops Morbidly Beautiful a few lines on the inspiration behind the film, dishes advice, and fills us in on her future projects. 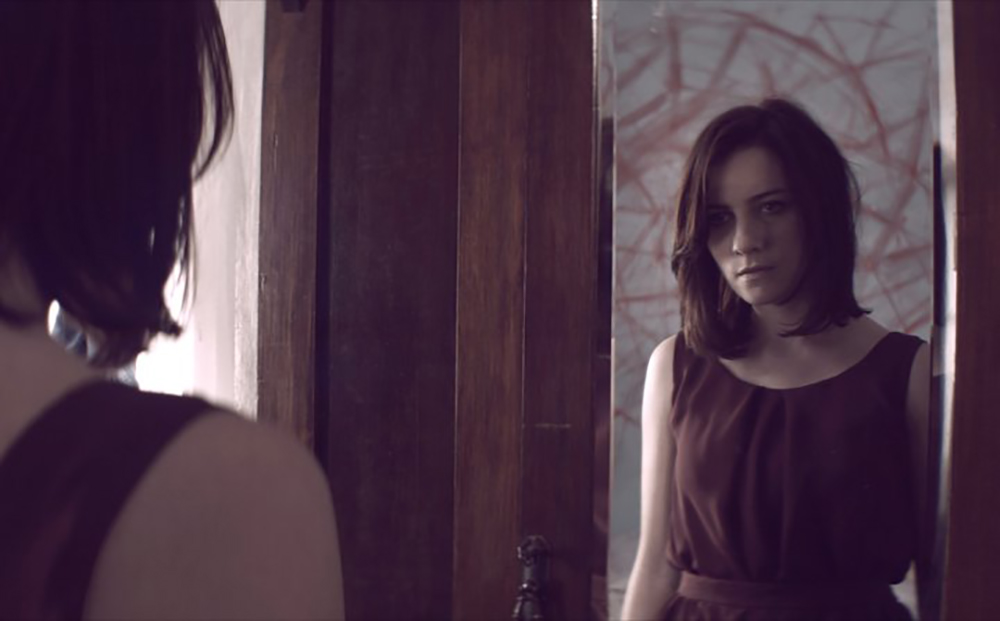 1. What inspired the storyline of the film? 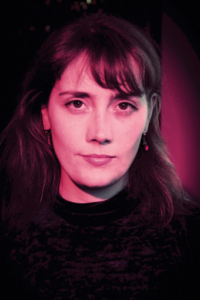 It’s inspired by life. I had a very similar experience to the character in the film at that age and was also a similar personality, in terms of feeling sort of menaced and overwhelmed by things. It’s probably pretty typical to feel that way when you’re 17 or 18. The Room at the Top of the Stairs is also a response to Daphne du Maurier’s Rebecca and the Hitchcock film of the same name. Some of the tension of Rebecca is the protagonist getting carried away with her imagination, so somewhat self-inflicted. You can trace that back to a gothic tradition that includes things like Jane Eyre (a lot of the story is made up of Jane’s deep reflections on what’s going on around her) and Northanger Abbey (which was lampooning a certain kind of literary heroine).

2. What do you feel invokes the most fear in an audience.

Everyone is different but there are certain primal fears across all cultures. If you push these to the extreme, it all comes down to the fear of death, of course. But it’s not mortality itself that frightens us, it’s that we don’t understand what death is. We don’t know want it really means to be dead. We can’t predict it or control it. So really anything that’s not quite understandable (whether logically, emotionally or even just physically) can be frightening in a film. For example, if you think about the ending of Don’t Look Now when we finally see the little red-coated figure’s face. For a moment we don’t comprehend what we’re looking at and that’s why it’s shocking. 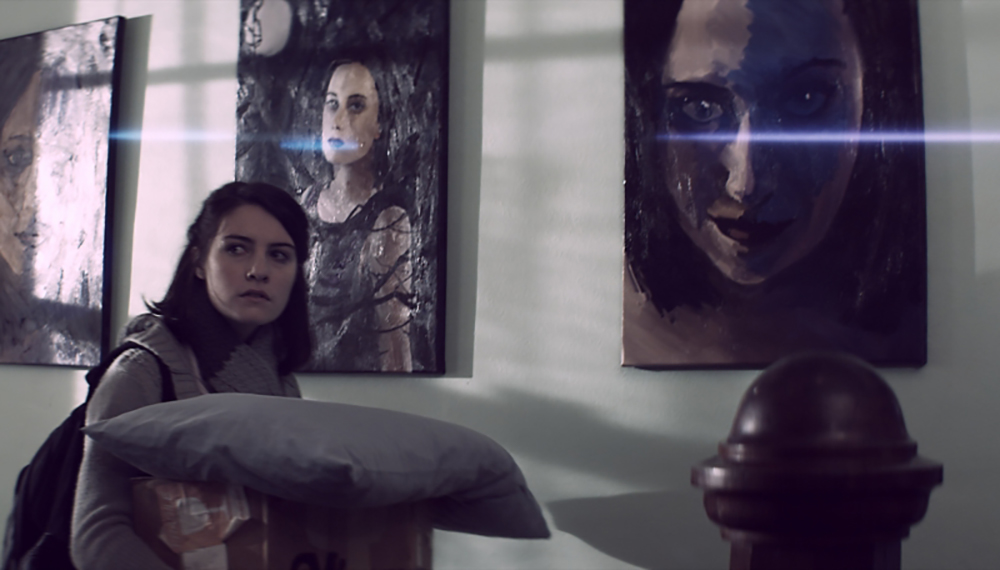 Even something as mundane as being in your room and hearing people talking downstairs but not quite catching what they’re saying could be scary. If the voices are raised that might make you feel anxious (as happens in a scene in The Room at the Top of the Stairs) but if the voices sound panicked or afraid that, in turn, will fill you with fear. Because we’re empathetic and we respond to other people’s emotions. So there could be two levels just in that simple scenario, without even seeing what the danger is. Fear of death (it sounds like something terrible or dangerous is happening) and a sense of paranoia and isolation (I’m left out and and I don’t know what’s going on). My point is that scary things happen to us many times a day. We may be not really notice them ordinarily but if you put them in a film and increase the pressure a bit, exaggerate the forces at work, you have horror. How far you go with it is a matter of style and taste.

3. It is Women in Horror Month! What advice do you have for upcoming female writers/directors?

It’s annoying advice, but just write and make stuff. It’s likely no one’s ever going to give you that one big chance you feel you need or deserve. Even when they do and you’re ‘in the system’, you will find yourself again waiting for that next step and the next. You’re always waiting, always reliant on approval or permission to do the things you want to do. So break that cycle. Find something you feel you can do on a nothing budget and do it. It doesn’t even have to be film, maybe theatre would work just as well. Or maybe comics, or short stories.

The other important thing is to find your ‘tribe’, because it can be very lonely to try to work all by yourself. You can start a writers group and get together and talk about ideas or you can actually make little films. Don’t worry about budgets or production values at first. If you’re working with good people it won’t matter and you don’t have to impress them. Focus on figuring out how to tell a story.

And remember, women, you don’t have to have all the skills. You don’t have to be an expert at everything, very few male filmmakers are. Sure, some are geniuses like Shane Carruth and can do five or six roles, but there have been many more directors in history who were nothing at all like that and could barely manage one job competently. They still got budgets and got to have a go! Anyway, it is a collaborative art form. Don’t wait till you know everything, just start.

4. What does Briony Kidd have on her blood splattered plate for the future?

I’m working on a feature project (with producer Catherine Pettman) that we’re calling a post-apocolyptic psycho-biddy thriller. The theatre collective that I’m part of, Radio Gothic, is developing three new horror radio plays. And I’m working on the program for this year’s Stranger With My Face International Film Festival, which returns in May this year. Submissions are now open at www.strangerwithmyface.com.

You can watch “The Room at the Top of the Stairs” on the horror streaming service Shudder. Click here before February 28, 2017, to take advantage of a free trial month in honor of Women in Horror Month, which Shudder is helping celebrate with a specially curated collection of horror films directed by women.