Now streaming on Shudder, the short film “The Quiet Room” is a hauntingly beautiful journey through grief and fear that transcends its small scale. 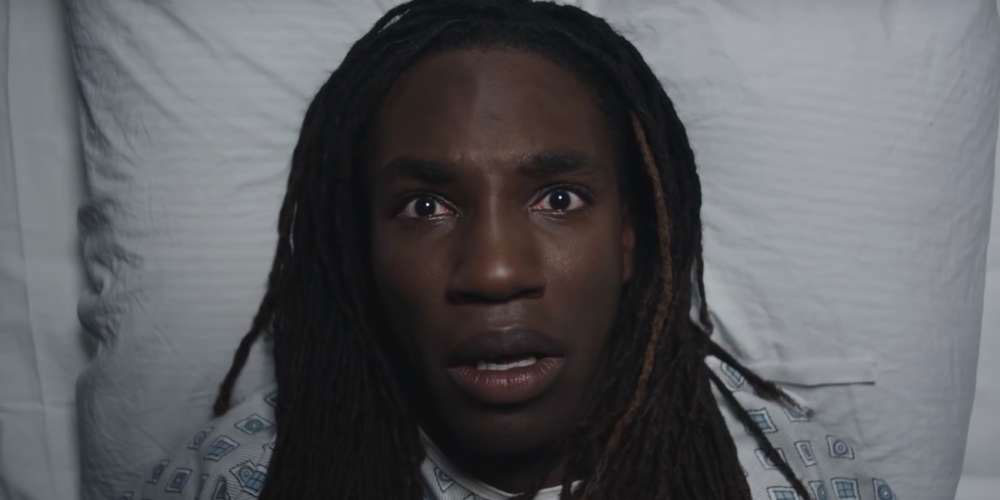 Full disclosure: I don’t watch a lot of short films. I’m not knocking the craft at all — short film is certainly an art form in its own right. But it takes something special to get me invested in a story and its characters and form a complete narrative all in thirty minutes or less.

Sometimes you find one that conveys something brilliant in its short runtime. Sometimes it seems the filmmaker’s intentions outweigh their time frame and the story feels incomplete. It can be pretty hit or miss.

In the aftermath of a failed suicide attempt, a young man named Michael finds himself in the hospital, trying to put the pieces of his life back together. He struggles with grief and guilt, the result of a tragic experience that is slowly revealed to us, but he displays a genuine desire to get better. He makes friends with one of the nurses and a few fellow patients, particularly a man named Hunter, who takes Michael under his wing.

But there’s a dark presence hovering over Michael’s recovery: a demon named Hattie, who supposedly haunts the hospital’s “quiet room” (essentially, solitary confinement). According to Hunter, who gleefully teases Michael for being shaken up by the urban legend, Hattie takes a special interest in men who have attempted suicide and attacks anyone who gets too close to “her boy.”

Michael struggles to keep his grip on his sanity as the world around him spirals out of control. 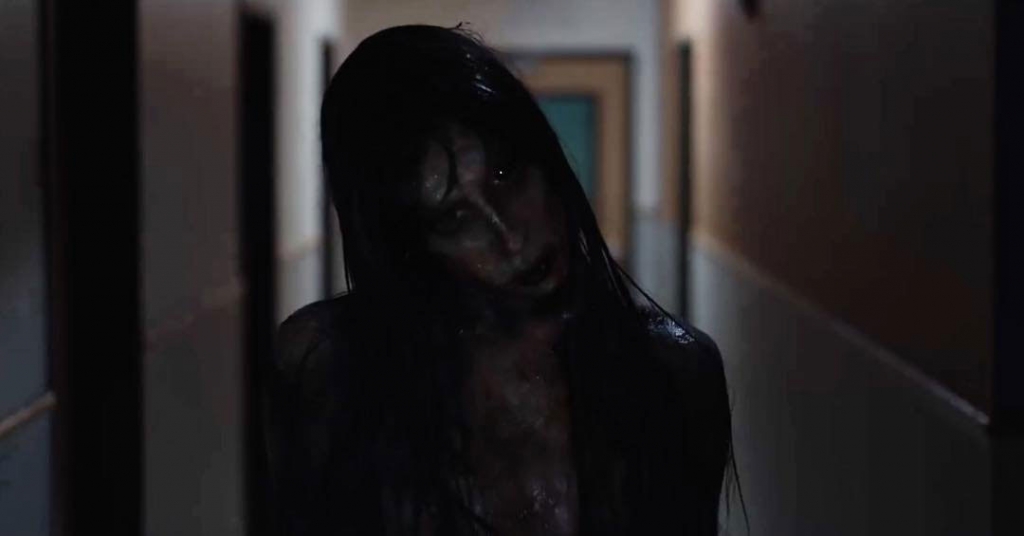 For such a short piece, The Quiet Room does an excellent job of keeping you guessing.

There were a couple of times when I knew I had it all figured out, only to discover that I was looking in the wrong places.

Writer/director Wineman seems to be acutely aware of how much space he has and how to best utilize it. With no room for filler, he gets right to the point of the story, but also takes time to invest you in the characters. Credit must also be given to the small but impressive cast, especially Jamal Douglas, who shines as the troubled protagonist. 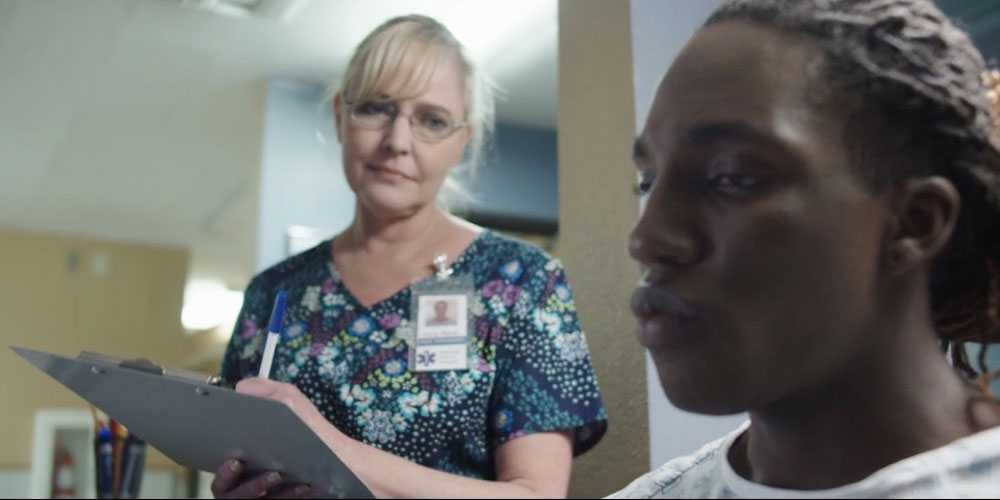 One of the best things about the film is that Wineman sidesteps traditional tropes that tend to come with a psych ward setting.

Horror doesn’t have the greatest track record when it comes to mental illness, typically representing it as a source of terror and evil. Even with the awareness we have about mental health today, so many films still play the “crazy” card for cheap scares.

Here, the characters are struggling with their mental health but not a single one of them is ever demonized for it. The demon, Hattie, isn’t just a product of someone’s “deranged” mind. That being said, the film doesn’t try to sugarcoat the struggle of mental illness, but the monster of the story comes from without rather than within. 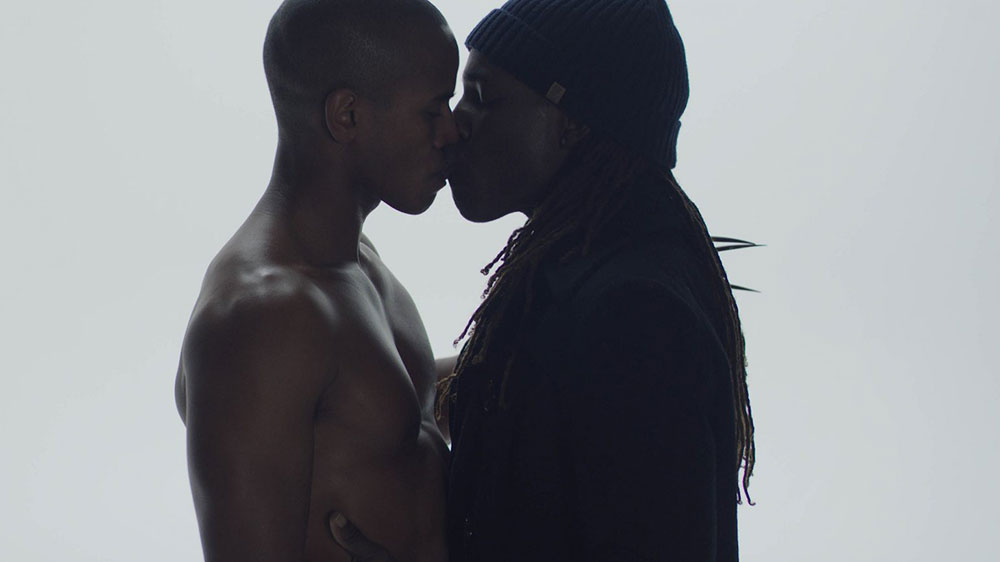 The film continues to subvert traditional tropes by being unapologetically queer.

You’ll find several “reviews” of the film on Shudder bemoaning having “gay shit” forced down their throats, and my only response to that is: tough shit. Get used to it. God knows we’re tired of having straight shit shoved down our throats.

Like mental illness, queerness as long been demonized in horror films, portrayed as monstrous and predatory in nature. (Not to dismiss the importance that some of these films hold for horror fans, myself included. That’s another conversation, but at the end of the day, portrayals of LGBT identities in horror have historically been rife with problems.)

That isn’t the case in The Quiet Room. The characters are just gay because fuck you, that’s why. They’re allowed to exist naturally as very real, complex human beings. This is the future of horror the gays want and I’m here for it.

Overall, The Quiet Room packs a lot into its twenty-seven minutes without ever feeling overcrowded.

It’s both creepy and emotional, and it will keep you on the edge of your seat. It displays a level of craftsmanship deserving of a feature-length production, but it also fits perfectly in its small-scale frame.

What I’m saying is: watch this film. It’s streaming on Shudder, so next time you’ve got thirty minutes to spare, hop on over and check it out.