“The Dark Room” is a short with a creative premise and great potential, but if fails to maintain the excitement or tension established early on. 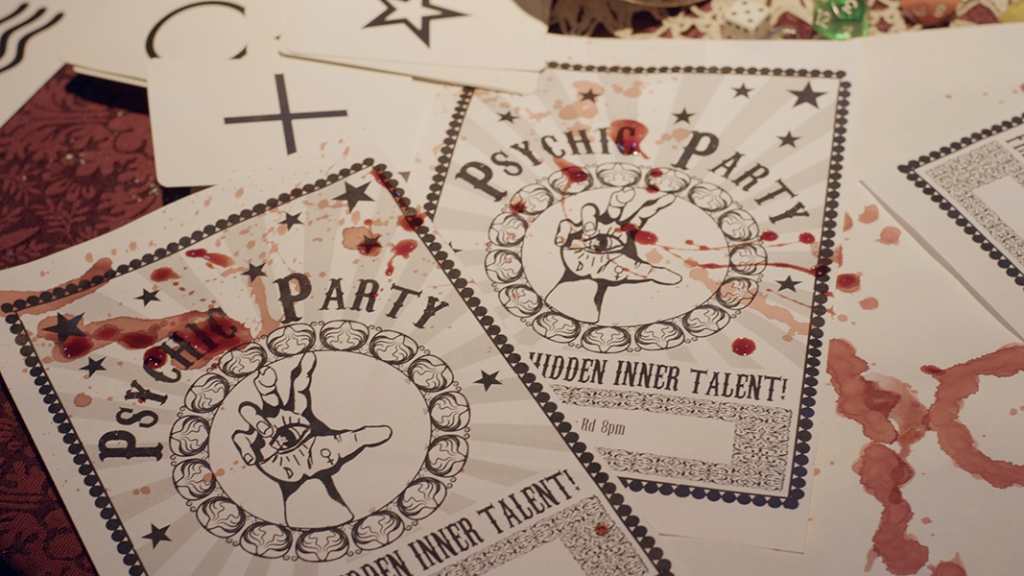 When adventurous strangers at a psychic party unexpectedly contact the spirit of a young murdered girl, they discover their host’s intentions are much darker than anyone first believed.

The Dark Room is a supernatural horror film that follows a group of strangers that attend a ‘psychic party’ upon discovering potentially supernatural abilities. The invitation promises them a chance to help hone their inner talents and connect with others who share an interest in the paranormal. However, a nervous host and an unsolved crime proceed to disturb the group’s harmless fun.

The film is filled to the brim with potential, including an interesting premise and solid technical work.

Unfortunately, this intriguing short failed to fully deliver on its promise, stumbling a bit with the story and execution.

The film starts strong with an effective introduction to the characters and an immediate feeling of foreboding, engaging the viewer early on in the story. 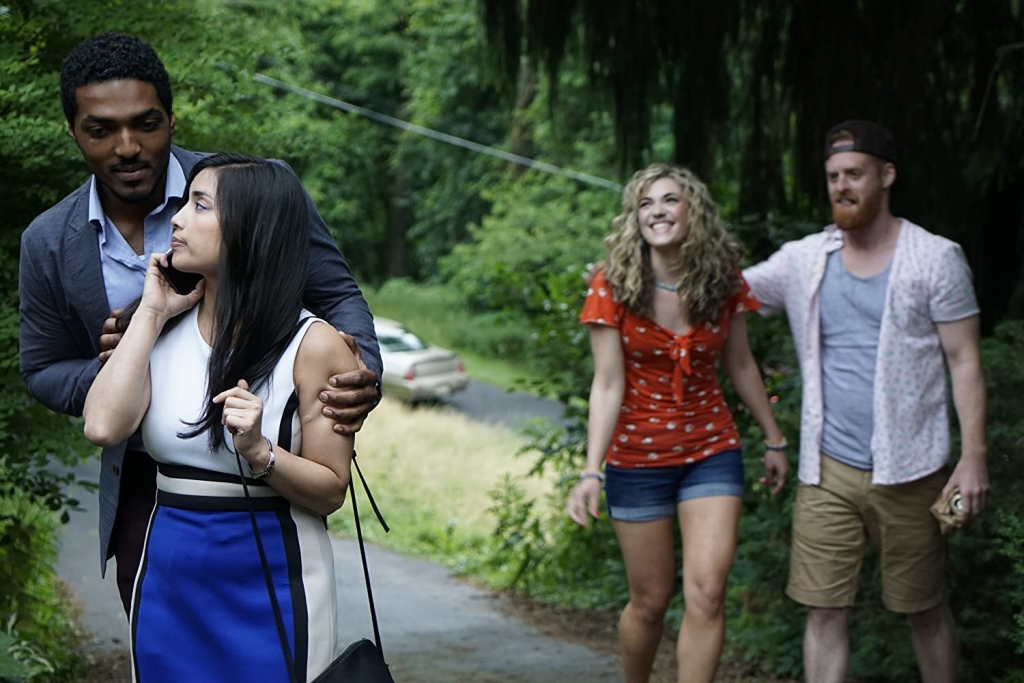 Filmmaker Adrienne Lovette does a good job creating tension early through the uneasiness and desperation of the party host (played well by John Rice, who is also penned the script) as he welcomes his guest. We’re immediately concerned as to why this mysterious man is so nervous around the group of potential psychics, and we are eager to learn about his motivation for wanting to spend the evening with a group of diverse strangers.

The characters were also distinct, which further builds the intrigue at the beginning of the film. The filmmakers took care to represent onscreen diversity, which is always appreciated. It’s also great to see more women helming horror films, and Lovette certainly shows competency behind the lens.

It’s clear from the start the characters in The Dark Room have little to nothing in common aside from their interest in the untapped power of the human mind. You also get the sense these are not people who would normally socialize with each other outside of this strange gathering, further drawing the viewer in and making us question exactly why it is they’ve been brought together on this fateful night.

However, the compliments run dry as the narrative continues and, regrettably, loses its edge. 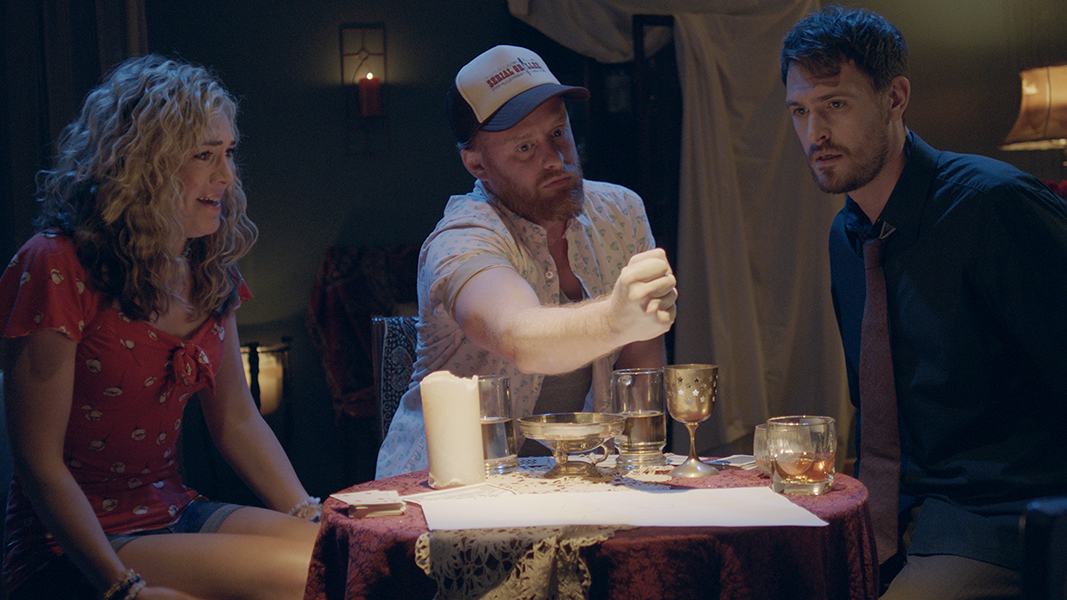 The execution of the film is less inspired than I wanted, doing little to build upon the great tension it sets up at the beginning of the film. I was fascinated by the mystery of the film’s premise and eager to see it through to its conclusion. But the characters become increasingly hard to root for due to unrealistic, unnatural, and at times forced dialogue and behavior.

My biggest complaint was how flat the ending felt. I was hoping for a big payoff, but it left me feeling unsatisfied.

Overall, despite having an engaging premise and promising beginning, most of The Dark Room’s appeal disappears several minutes in. And that’s a shame because it’s clear there is talent behind the camera. 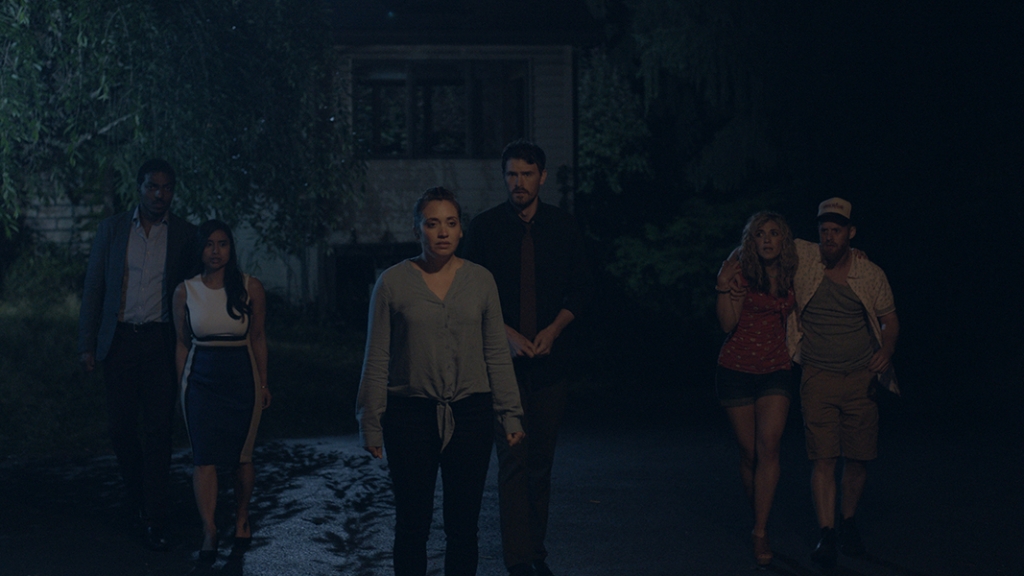 In fact, the filmmaking team behind The Dark Room, Lovette and Rice, garnered quite a bit of attention on the festival circuit with their previous collaboration, the short film Hidden Daylight. It played at numerous major festivals and won “Best Horror Film” at Phoenix Comicon and “Best Short Film” at Freakshow Horror Film Festival. Director Adrienne Lovette was named the “Women in Horror Honoree” at FearNYC. Hidden Daylight got distribution and is now available on DirecTV, AT&T U-Verse, and Amazon Prime if you’d like to check it out.

The Dark Room is also poised for a festival run, though the current environment is certainly making it hard for filmmakers like Lovette and Rice to get the exposure they need for a successful release. While I didn’t fall in love with this short, I do hope this film finds an audience and look forward to seeing more work from this talented team.

Check out the Indigogo campaign video for The Dark Room below.