First-time filmmaker Deronte Smith builds his resume by writing, directing, and producing his first feature-length film, Prosper. He even wrangled a tarantula. Prosper tells the supernatural story of Irene, the rumored daughter of Sarah Good, one of the first women to be accused of witchcraft during the Salem witch trials.

“After 50 years in seclusion, the last witch of Salem returns for a customary sacrifice of a fresh group of youngsters to replenish her old soul.” (midnightreleasing.com)

I recently chatted with Deronte, and we discussed what inspired the film, what draws him to horror, what’s up next, and more! 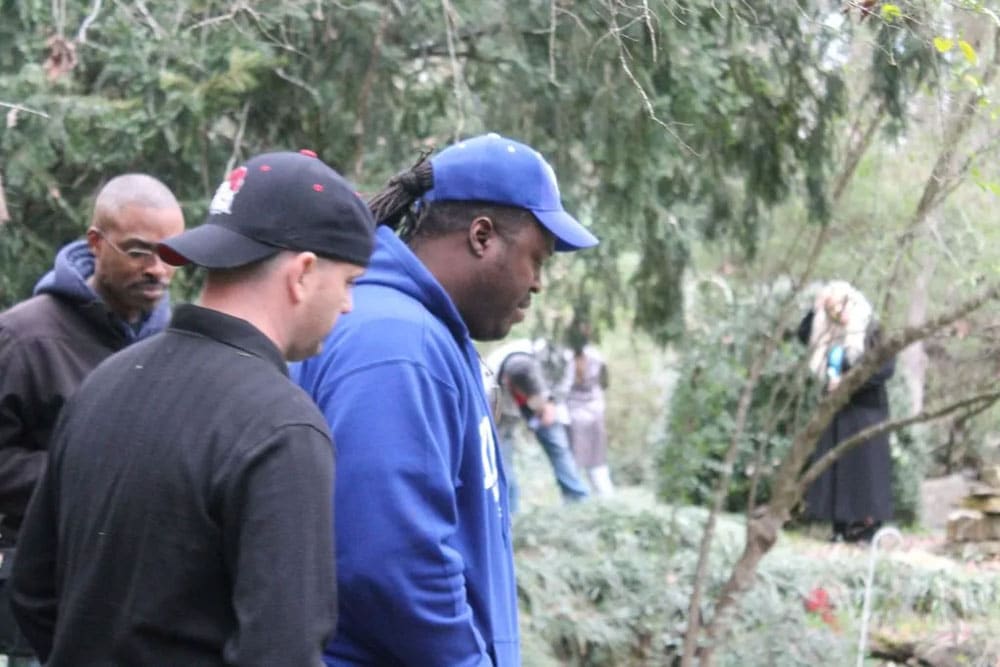 Morbidly Beautiful: What inspired Prosper, and how did the project come about?

Deronte Smith: Prosper was the culmination of a few things. After years of hard work and labor and trying to break into the industry with my own project, we would execute a carefully crafted game plan. And the bottom would fall out each time we would get close to raising the capital. So, this time we were determined to make our movie come hell or high water, and that’s what we did.

The movie was inspired by a meditation experience. I’ve told the story probably a thousand times, so forgive me if you’ve heard this before, but I’ll give you the condensed version. I was practicing a certain type of deep breathing meditation and was new to it. They warn you against doing this alone, but I did so anyway, and I got trapped inside my own mind.

There, I had the vision, the dream, that put everything in motion. I lived Prosper, I saw it clearly in my mind, and when I came to several hours later, the concept was born and put into action immediately. I reached out to several friends in the industry, asked them their thoughts, and they responded with their desire to participate, so the process began. 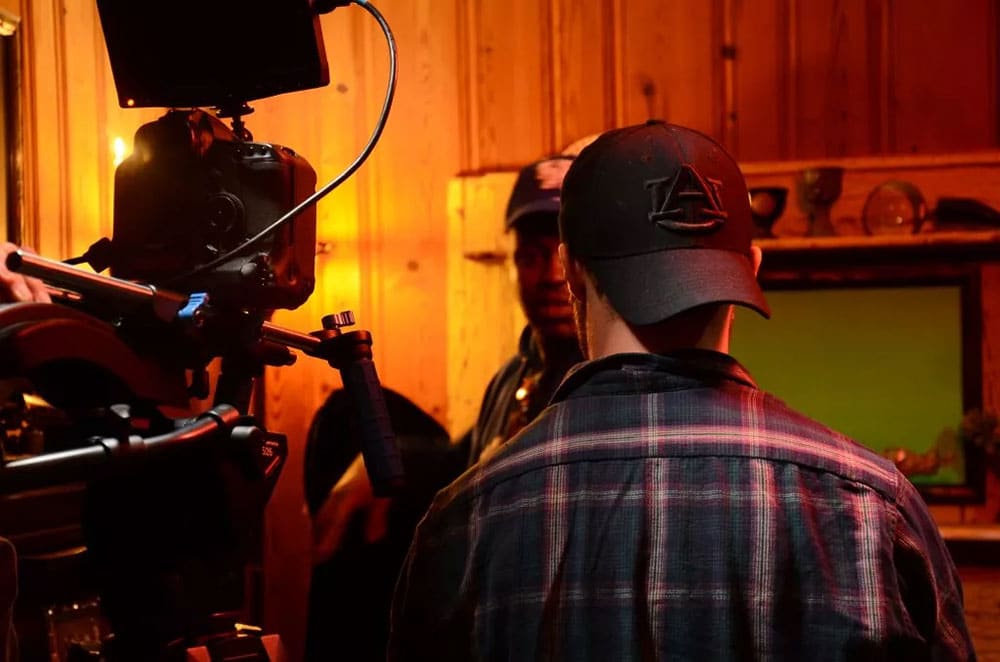 Morbidly Beautiful: How did you convey your vision for the film to your cast and crew?

Deronte Smith: Since I knew we didn’t have a big budget, I knew it would be crucial to get their buy-in at the onset. After sharing the script, I sat with each department to get their feedback, insights, and perspective from not only the technical aspects but also the creative. I wanted them to feel they were contributing to it perhaps differently than they were used to. That went a long way in seeing my vision brought to light.

Morbidly Beautiful: Was there anything you were adamant about keeping in the film, no matter what?

Deronte Smith: The movie was nearly three hours from the original cut, so as you might imagine, a lot ended up on the cutting room floor. And that’s a tough call because, as a first-time director, you think everything needs to make the cut, but it can’t. Thankfully, I had some wonderful editors who helped shape the narrative so it remained true to the story.

The scene that comes to mind that I caught some flack for is the sex scene; it’s pretty racy. But a distributor also picked up the movie for a premiere at the Cannes Film Festival/Market in 2015. How many filmmakers can say that?

Morbidly Beautiful: That’s impressive! You come from a family with a religious background. Was your family okay with you making a horror film about witches?

Deronte Smith: That’s an interesting question. I would say no if my mom were alive, but she passed away many years ago. And that would be the same with her mom, my wonderful Granny, but alas, she’s gone too. The rest of them? Not so much. I think they were simply too enamored by the fact that I made a movie that got into theaters where they live, and now they can see it on VOD. I will say that some of my older relatives do look at me with a side eye, but I just ignore them and keep on my merry way. 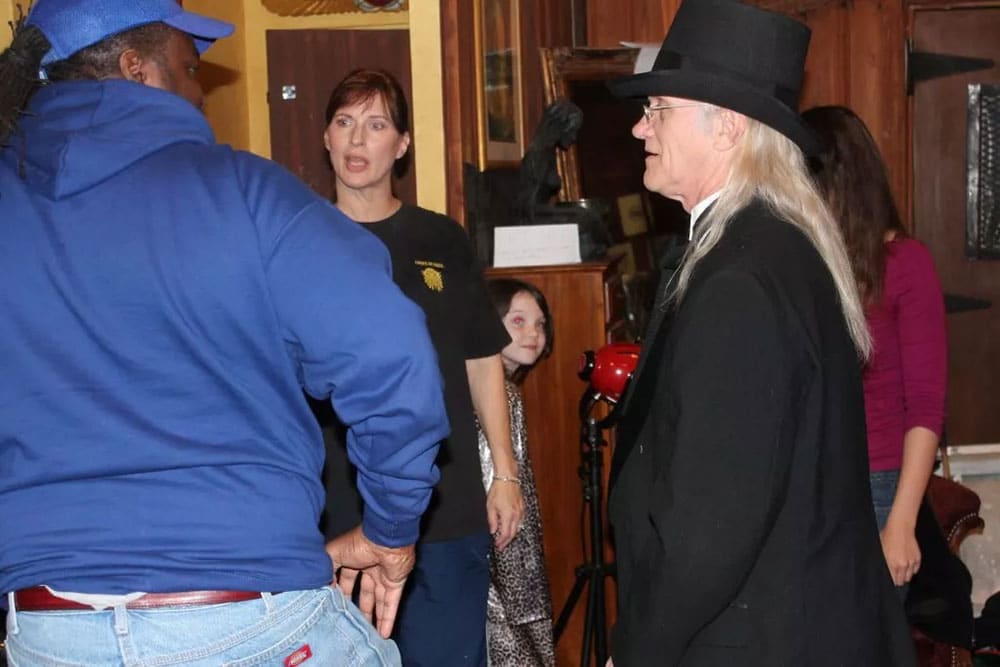 Deronte Smith: Do you know what I like about horror? It’s the grit and rawness of it. Unlike other genres, it doesn’t need to be pretty, but the best ones are authentic. That’s what matters, in my opinion. The stories are all the same, it’s just a matter of your take, your spin on an old tale. So authenticity is a must if you want to make a splash.

Deronte Smith: I just got an impressive entertainment attorney, and she’s helping me pitch Prosper as an episodic series to some big streamers like Amazon Prime, Hulu, and Apple TV. The opportunities are wide open at the moment.

Morbidly Beautiful: Wow! That’s amazing! I’ll have to keep an eye out for that. One last question for you, what’s your favorite scary movie?

Deronte Smith: My favorite to this day is The Shining. I’m really about the classics. Nobody does it like Kubrick. If anyone wants to follow us, please check us out at Facebook.com/ProsperTheMovie. Thank you.

Thank you so much to Deronte for taking the time to speak with us. Prosper is now available on VOD. 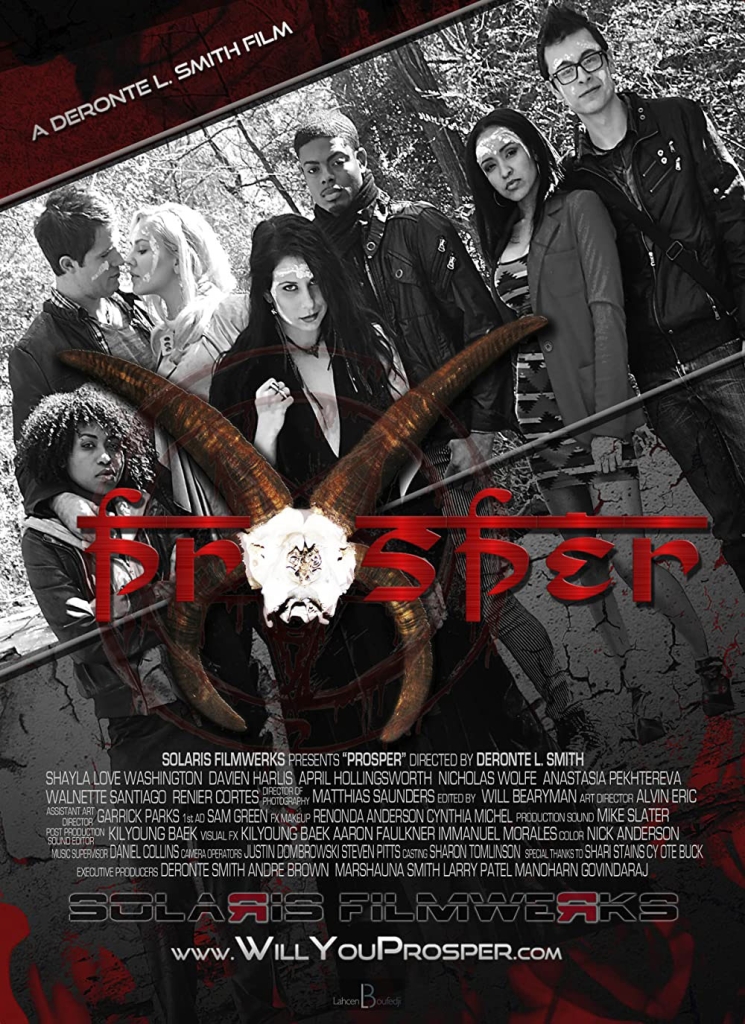