We talk with the talented filmmaker behind the new, must see indie horror film “Trespassers”, Orson Oblowitz and discuss what makes this film so special. 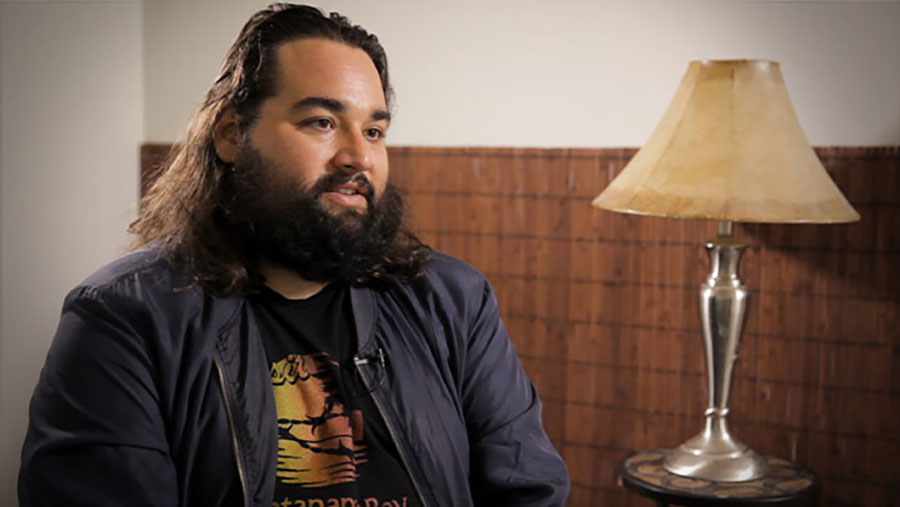 As we swing into the season of the summer blockbuster, IFC Midnight has a new slasher in its line-up for a limited release starting on July 12th. We got a chance to talk with the film’s director, Orson Oblowitz about his film, why the slasher genre can still have new tricks up its sleeve, and much more.

Originally titled Hell is Where the Home Is, Orson Oblowitz’s Trespassers is one of the newest releases from IFC Midnight. This blood-soaked thriller combines the best of the slasher genre with the best of home invasion thrillers — and is the perfect way to spend those sweltering summer nights. I recently got the opportunity to sit down and chat with the film’s director about Trespassers, his upcoming projects, and our shared love of genre film.

Arguably two of the most successful sub genres of horror, slasher films and home invasion thrillers certainly know how to prey on their audience. And Trespassers is no different. 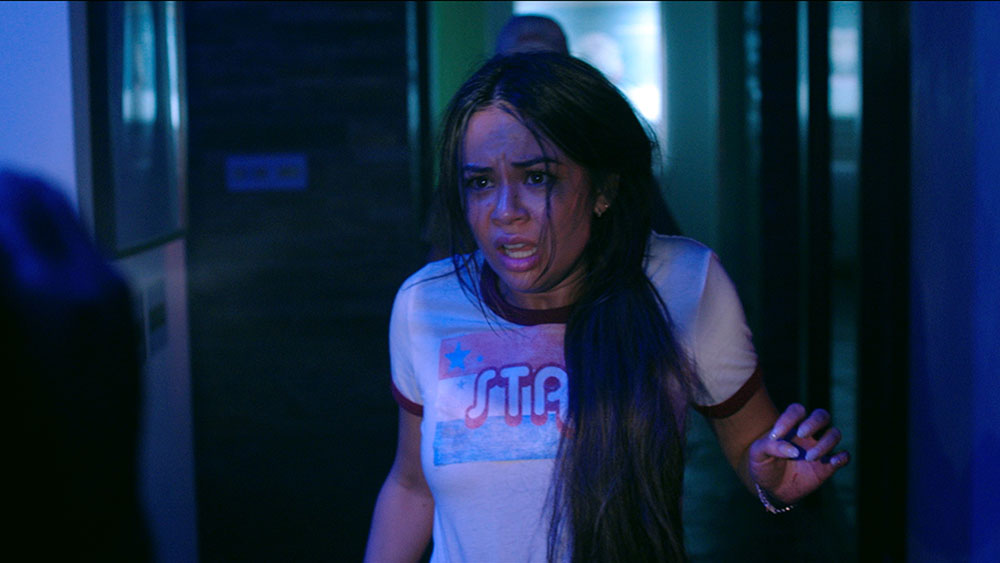 When a group of four friends go on a trip to the desert for a drug-fueled weekend getaway, things take a turn for the worst. And they find themselves battling not only treacherous outside forces, but the individuals they thought they knew and trusted most: each other.

Oblowitz doesn’t hesitate with the scares – some of which are quite shocking and play homage to some of the classics, including The Strangers and Scream. But it’s his focus on making the horror interlaced with real, human drama and interpersonal conflict that really brings something special to the film.

Fans of the genre will surely delight knowing that this ambitious feature is in the hands of someone who, like us, has a deep love of both film and genre film.

Oblowitz explains his inspiration for the film.

“I mean, I love the genre of home invasion, sort of shock thrillers. I’ve loved them going all the way back to the older noir ones. From PRIVATE PROPERTY, DESPERATE HOURS, STRAW DOGS to Hitchcock — all the way to the more modern ones, like THE STRANGERS and DON’T BREATHE. All of these films I love. So the script was the slasher, Giallo kind of SUSPIRIA, OPERA, those kind of films. The opportunity to combine them also to have a really strong, dramatic side to the film was what, to me, separated it and really allowed me to kind of also make a real human drama.” 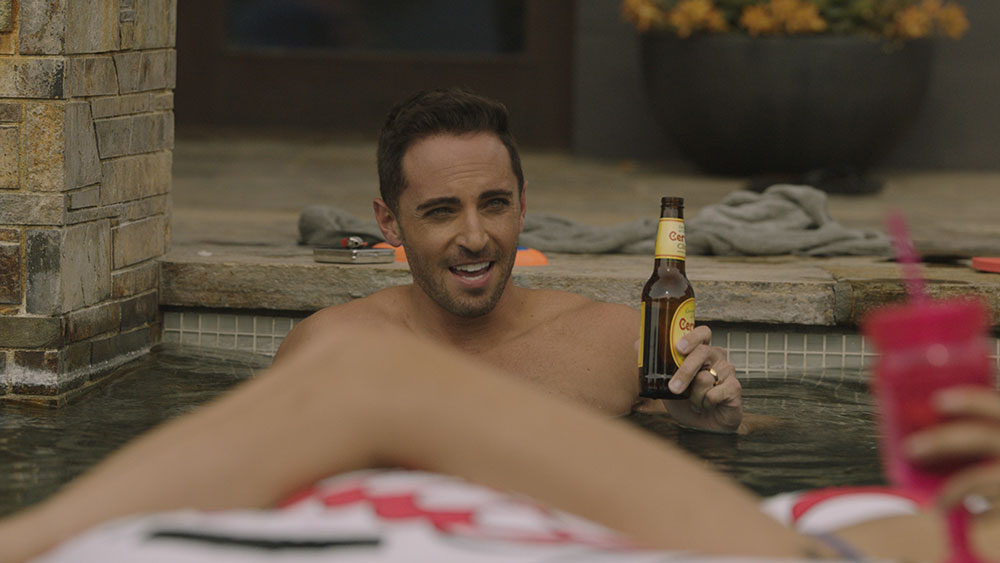 Some critics of slasher films have said throughout the years that this particular sub genre has become stale. Horror lovers are all too familiar with tropes and the formulaic rendering of these films. We’ve even cheered for films like The Final Girls and Cabin in the Woods that have riffed on them.

So how does one go about keeping things interesting? Is there a way to make a slasher film or a home invasion film that thinks outside the box?

“You keep the characters interesting by giving the characters depth and real issues and real, emotional baggage and trauma and complexities to subvert you from the obvious tropes,” said Oblowitz. “There’s only so many ways to eat a cookie… there’s just certain beats that these types of genres hit, and I wanted to play into that. There’s a moment in the film where Victor goes ‘Why would you open the door? Don’t open the door.’ We’re (the audience) in on it.”

For me, this was one method Trespassers used that set it apart. Fans of Scream and Kevin Willamson’s script will appreciate the playfulness in Oblowitz’s directorial choices that echoes Wes Craven’s classic. It’s clear he wanted to keep the audience immersed in the nightmare he created and the terror that lurks in every frame. 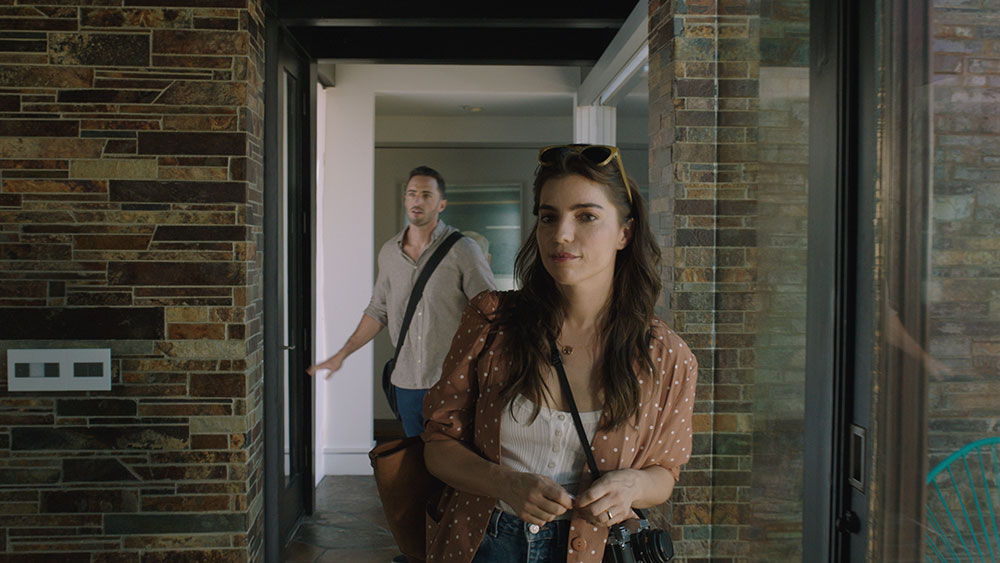 Also, it turns out that Oblowitz’s own roots are connected to the master filmmaker himself.

In my opinion, Oblowitz has all the early markings of a promising filmmaker, and definitely showcased his lofty ambitions with Trespassers, which is certainly not a small feat for the director’s biggest feature to date. His first feature, The Queen of Hollywood Boulevard, is currently streaming on Shudder. 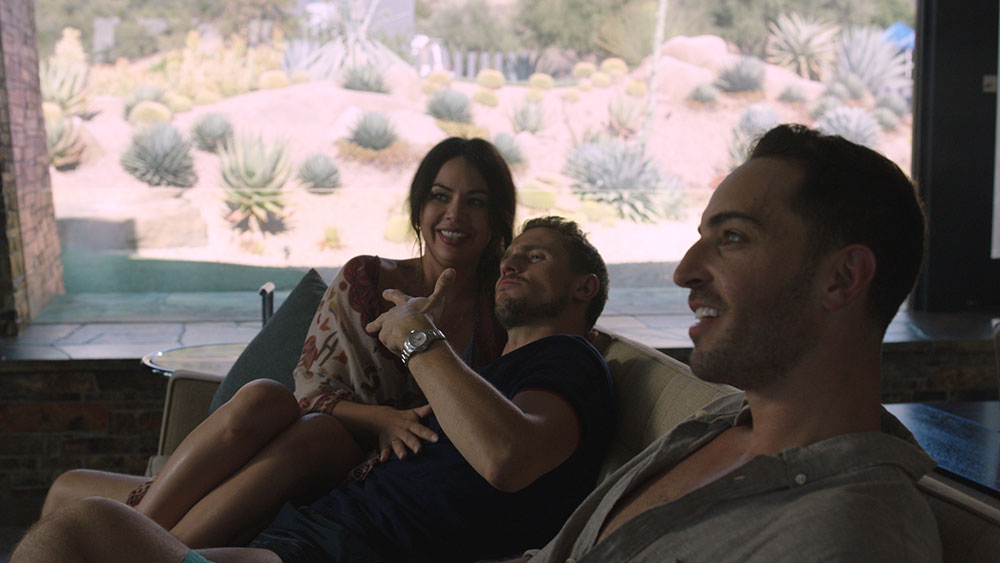 But that can be a challenge for filmmakers, especially independent ones like Oblowitz.

“We had to shoot a film that mainly took place at night in a house that was full of glass windows, so that constituted everyone having to be up from about 4 pm to 4 am, 20 nights. So that was the first challenge. I think it really created a fun atmosphere. We all had a blast being together. We were like a circus family. I haven’t worked with as big a crew as this film, so that was a whole new learning experience.”

“And beyond that, just the idea of how to keep things interesting within this contained environment. How do the characters keep the tension up, how do they keep the action coming when you least expect it, how do we cut the corners without looking like we’re cutting the corners? It’s a film that requires a lot of heavy stylization, heavy violence… a lot was how to keep this going, keep this interesting and not fall into the pitfalls of single location, low budget horror films.”