This week, we once again welcome Spookshow friend/contributor author Austin Trunick to talk about his latest, “The Cannon Film Guide Volume II: 1985-1987”!

Austin Trunick is a Connecticut-based author and film historian. He serves as an editor for the nationally-distributed magazine, Under the Radar. His writings on movies and pop culture have appeared on Mental Floss and Consequence of Sound. You can follow him on Twitter at @CannonFilmGuide.

“The Cannon Film Guide is the greatest book anyone could ever write about the greatest movie studio that ever was. And is.”—Mike McPadden, author of Teen Movie Hell and Heavy Metal Movies

The Cannon Film Guide Volume I and II explore films and franchises produced by The Cannon Group, the most prolific b-movie studio of the 1980s, during the company’s first five years under the command of cult film legends Menahem Golan and Yoram Globus. Through in-depth studies and behind-the-scenes stories from the people who made them, these volumes examine beloved VHS-era classics.

We talked with Trunick back in Episode 94 about Volume I of his series, and of course, he has his “Cannon Chronicles” segment in every episode of “Cannon Fodder” here on the Spookshow!

You can pick up a copy of The Cannon Film Guide Volume 1 here and Volume 2 here. 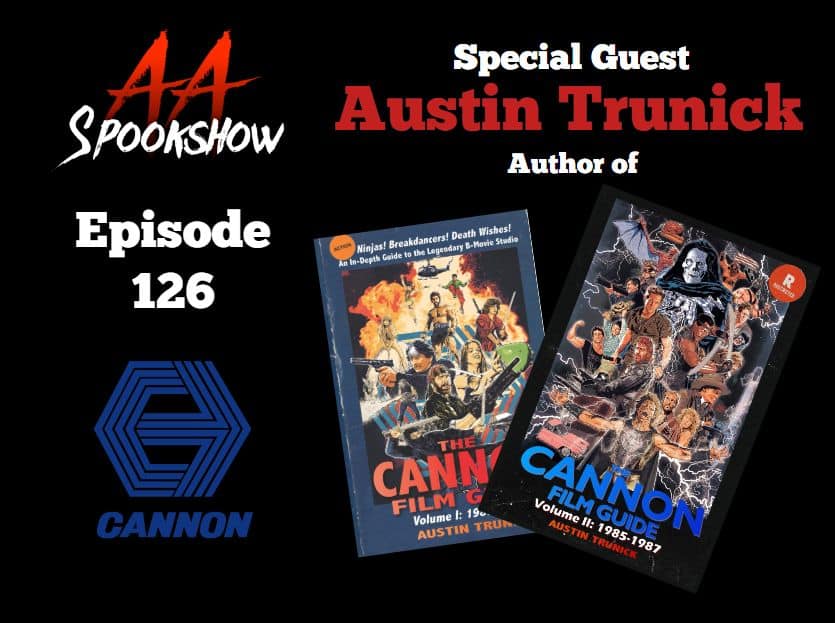 <a title="Share on Google Plus" href="https://plus.google.com/share?url=https%3A%2F%2Fmorbi