Posted by:
Tags:  Cleaver: Rise of the Killer Clown Cleavers: It Runs In The Family Georgie Smibert indie horror Mycho women in horror

Continuing our coverage of the many talented women in horror who definitely deserve to be on your radar, I got an opportunity to talk to actress and filmmaker Georgie Smibert, who is best known to indie horror fans for her performance as Jody-Ann Howells in the Mycho horror films Cleaver: Rise of the Killer Clown (2015) and Cleavers: Killer Clowns (2019).

I got a chance to ask Georgie Smibert a few questions about her career both in front of and behind the camera, what Women in Horror Month means to her, what she loves about horror, and what she’s working on next. 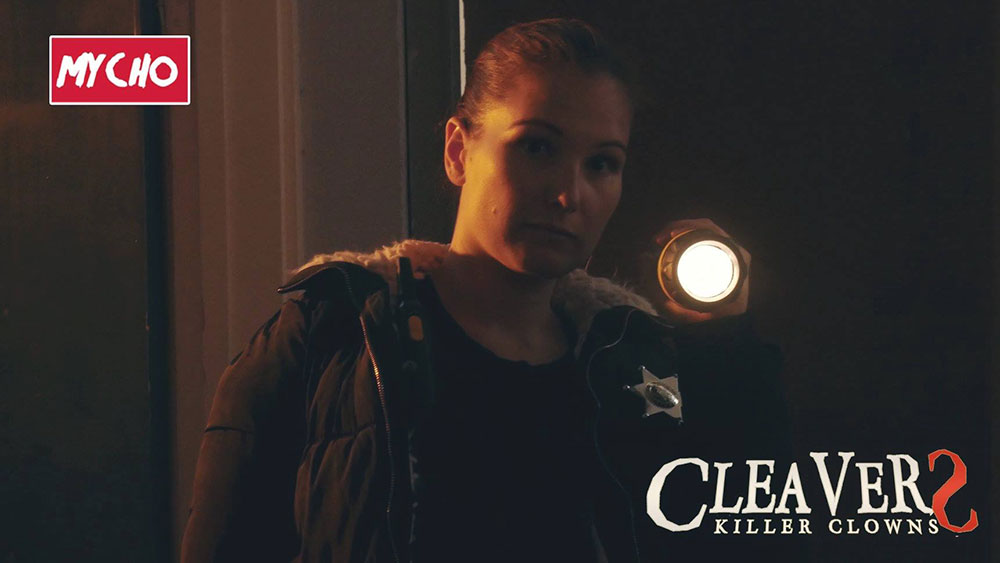 I think it’s incredibly important to recogniZe and celebrate diversity in all industries, and ‘Women in Horror’ month does that wonderfully. Thanks to VOD and other platforms, the reach of films is much further than it ever has been before, and because of that it’s even more important to show the diversity of film makers — celebrating and recognizing female film makers of today will inspire young female film makers of tomorrow. 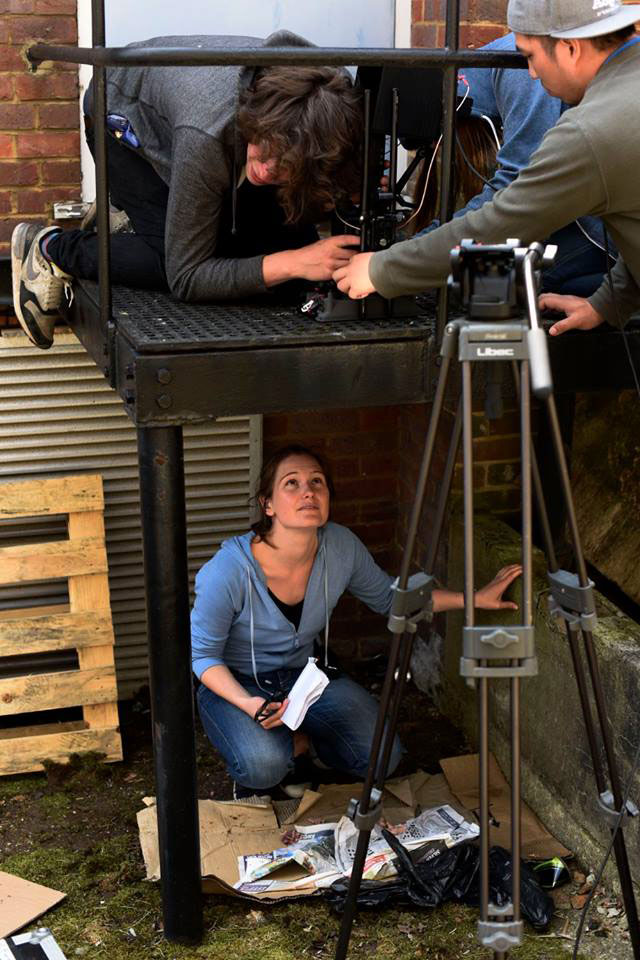 2. Why did you decide to get into filmmaking originally?

I don’t think I ever made a big decision to ‘enter the industry’. I have always loved films, and I come from an event management background. One day after reading a booking about the making of Narnia, I decided to transfer my event management skills and see if I enjoyed organizing the production of a film instead. Needless to say, I did, and I’ve never looked back! 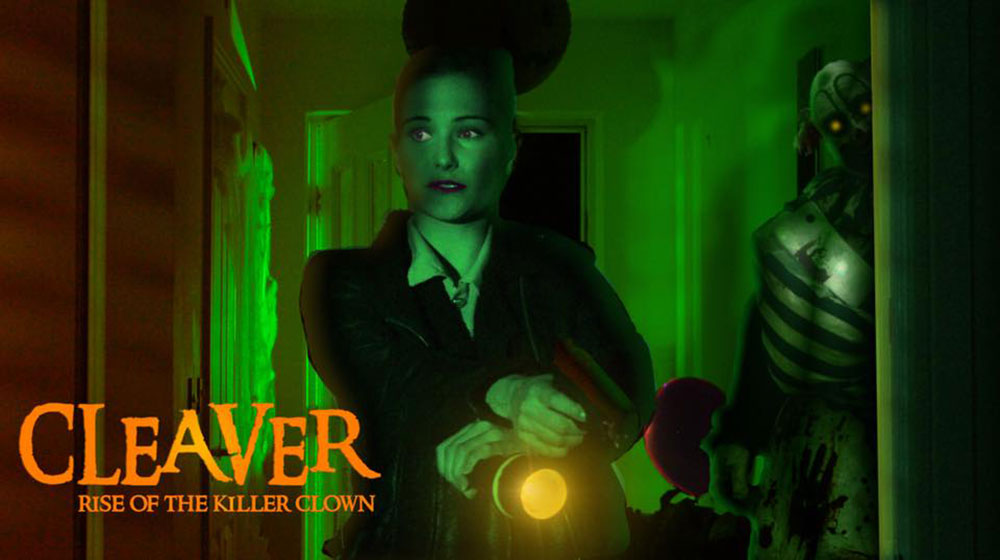 3. You are probably best recognized among horror fans for your portrayal of Jody-Ann Howells in “Cleaver: Rise of the Killer Clown” and the sequel “CleaverS: It Runs in the Family”. Writer MJ Dixon is well known for creating strong female characters, but what did you think when you saw the script for the character of Deputy Jody-Ann?

Oh, wow that is testing the memory! I first met Jody-Ann in early 2015, and she just resonated with me. She was three dimensional – she was strong and idealistic, but she was also young and naïve. One thing that really sets MJ’s characters apart is that their strengths and weaknesses aren’t directly related to their sex, but to their experiences as a person – I think that is what makes them so relatable. 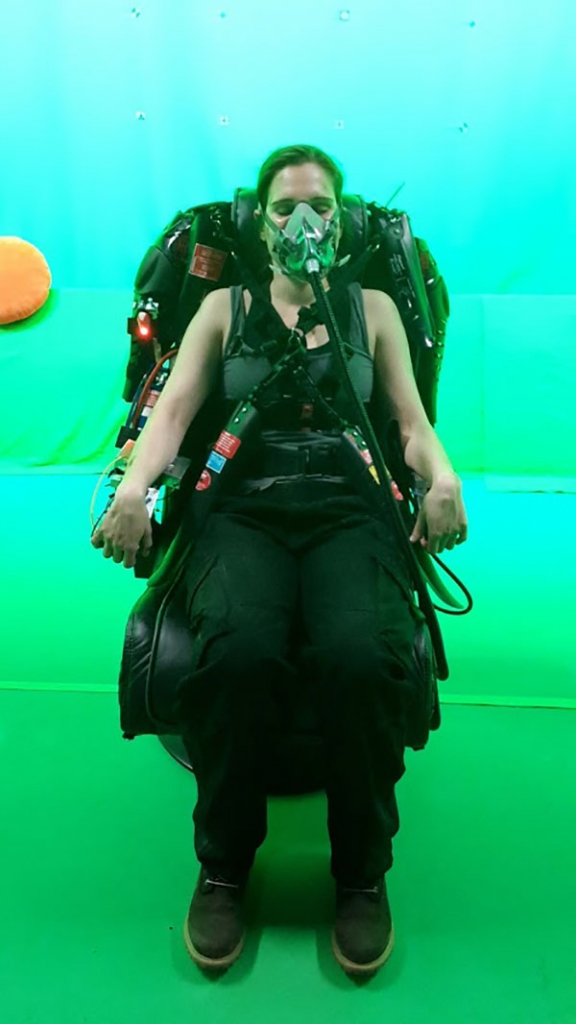 4. How does working in the horror genre, and the horror community, compare to other genres?

The horror community is like a very supportive family. This year I went to the Horror-on-Sea Festival with Mycho Entertainment for the Cleavers: It Runs in the Family (2019) World Premier and everyone was so welcoming. Through my work with Mycho, I have been welcomed into this family, and I love it.

I think horror fans are more passionate than other genre fans. People seem to either LOVE horror or be too scared – while other industries don’t seem to split audiences quite so much. I’m not sure how many horror film festivals there are in the world, but I suspect there are many more than ‘comedy film festivals’ or ‘rom-com film festivals’. 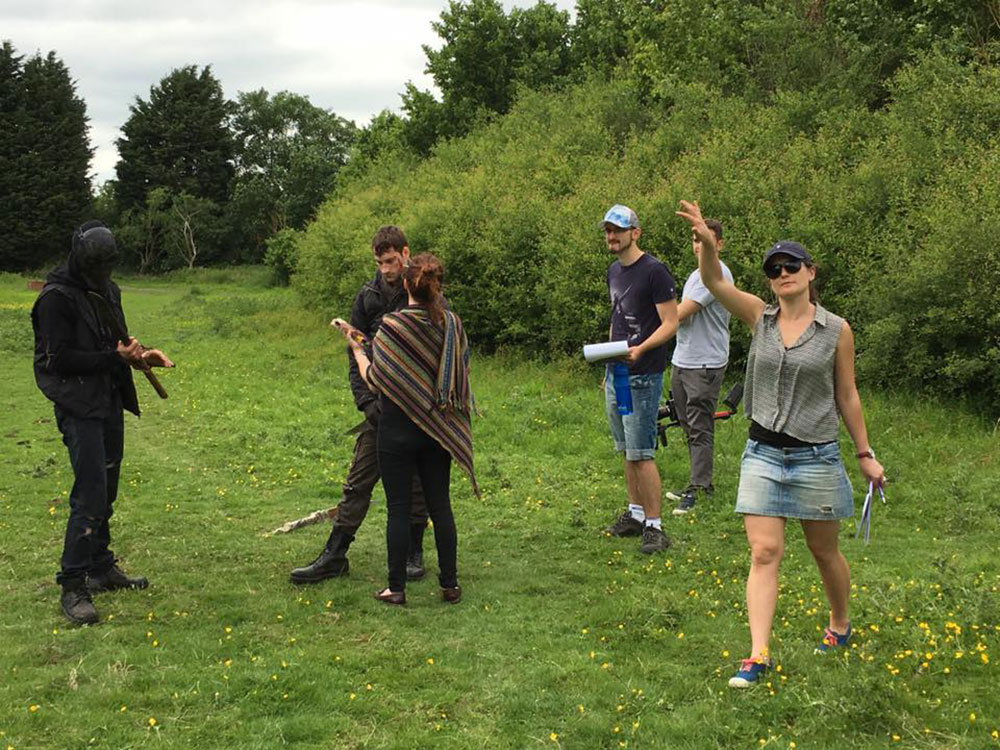 5. In addition to acting, you have also been involved behind the camera as First AD. How would you describe your work in that capacity?

Personally, I believe my key responsibility is to balance the Director’s creative vision with the Producer’s commercial responsibilities. The ultimate goal is that the Director executes their vision, AND the film is completed on time and on budget. I think your only hope of achieving this is through strong communication and creating an environment where everyone can work optimally – you will rarely, if ever, hear me raise my voice in anger during a film shoot. That’s not how I work, and I don’t think it helps anyone else work well either. 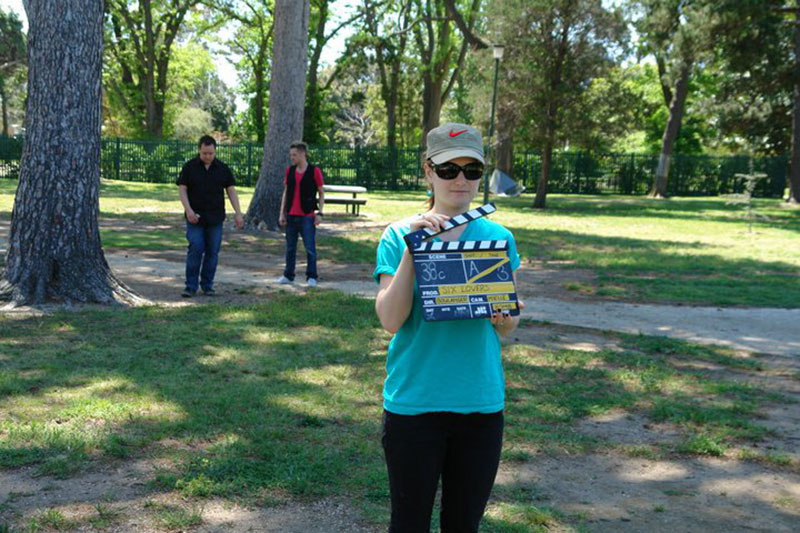 6. There’s obviously a great deal of responsibility that comes with that role, but would you say the most challenging part of being a First AD is?

It’s a constant balancing act, with shifting priorities. An outdoor shoot day, when it suddenly starts to rain, is a tough thing to deal with, so you need to be able to problem solve on the fly, in high pressure situations – while at the same time create that optimal environment I was talking about. 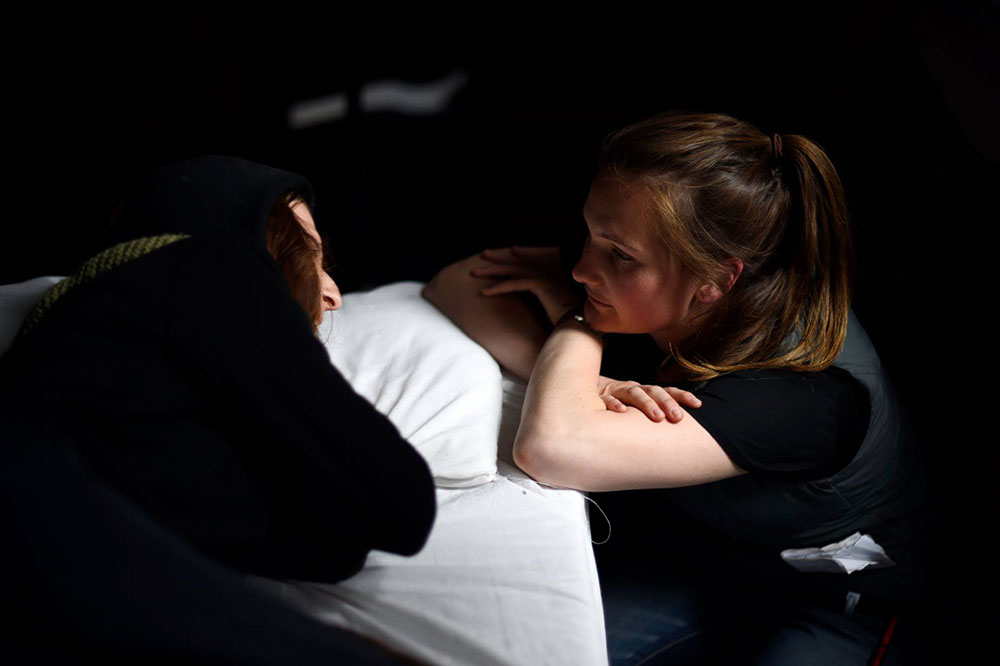 7. Do you have any other projects you are currently involved with right now?

Another feature film, called The Brink, is nearing completion. That’s a post-apocalyptic film, where I play one of the leads fighting for survival. I’m also working with a production company to develop a WWII story, although it’s very early days. I also have a couple of short film projects in early stages of development, including one I wrote.