Syndrome Saturday: There’s Nothing Out There!

Vinegar Syndrome’s new release of the hidden horror comedy gem “There’s Nothing Out There!” is already an early contender for Blu-ray release of the year. 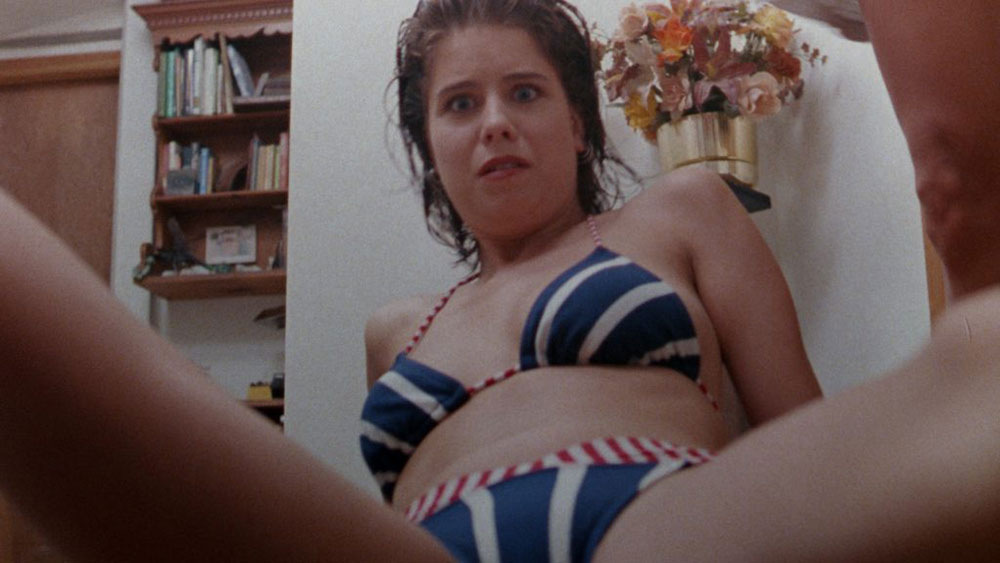 I am constantly amazed at the number of horror movies that have been made over the past few decades, and how many I have never seen nor heard about. Thanks to the gang at Vinegar Syndrome, we get to see a movie that could have been lost to time. It’s the precursor to Wes Craven’s SCREAM franchise, the 1990 horror comedy from writer/director Rolfe Kanefsky — THERE’S NOTHING OUT THERE!

If you think Mike sounds a lot like SCREAM character Randy Meeks (Jamie Kennedy), you wouldn’t be wrong. Mike has to be the template used for the Randy character in SCREAM. 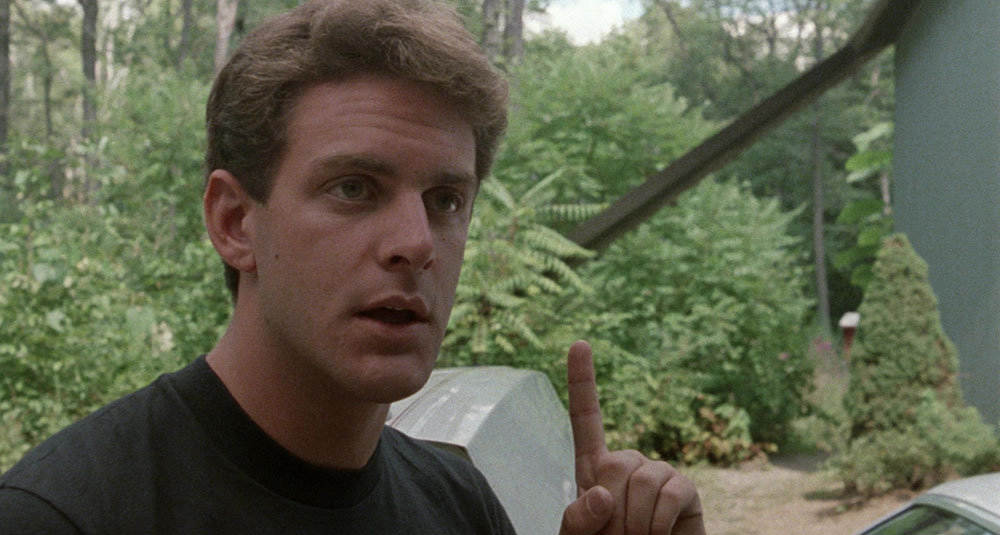 The first half of the movie is basically an 80s-type boob-and-sex-filled teen comedy as we wait for the monster to appear. When the monster finally makes its appearance and begins to attack the kids in the cabin, the movie starts to resemble something a little closer to BASKET CASE. The monster even looks a little bit like Belial from BASKET CASE. The monster is interested in three things: killing in a bloody and grotesque way, hypnotizing any of the women who can help defend him, and procreating with the women he’s not killing.

For a low-budget independent horror comedy, THERE’S NOTHING OUT THERE! is a really solid, enjoyable movie.

There are a few scenes that made me laugh out loud, and one scene involving a boom mic that I had to rewind and watch again to make sure I saw what I had seen. It’s a great gag that comes out of nowhere. The monster isn’t the best designed or scariest monster I’ve seen, but if you enjoy BASKET CASE or older 50s schlock monster movies, this creature will be right up your alley. The death scenes are pretty well done, and there’s two fight scenes that are really well staged for the choreography and comedy. 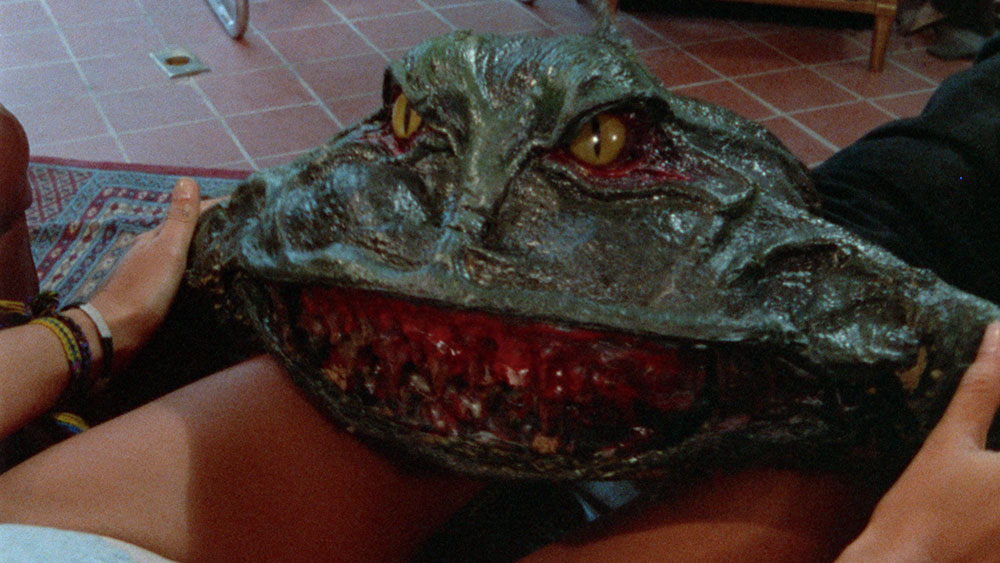 After watching the feature and the short films on the disc, I am curious what Rolfe Kanefsky could do with a budget and a studio like Blumhouse behind him. I think he has the talent to bring something intriguing to the horror and horror/comedy genre.

But the feature is just the tip of this particular iceberg. Vinegar Syndrome has absolutely packed this release with a ton of special features. There are new interviews, new commentary tracks, another feature film that runs 150 minutes (MURDER IN THE WINTER), three short films that include introductions by Rolfe Kanefsky, a commentary track for the theatrical trailer, and more.

At the time of this writing I haven’t even been able to get through all the special features because there’s so much to get through. 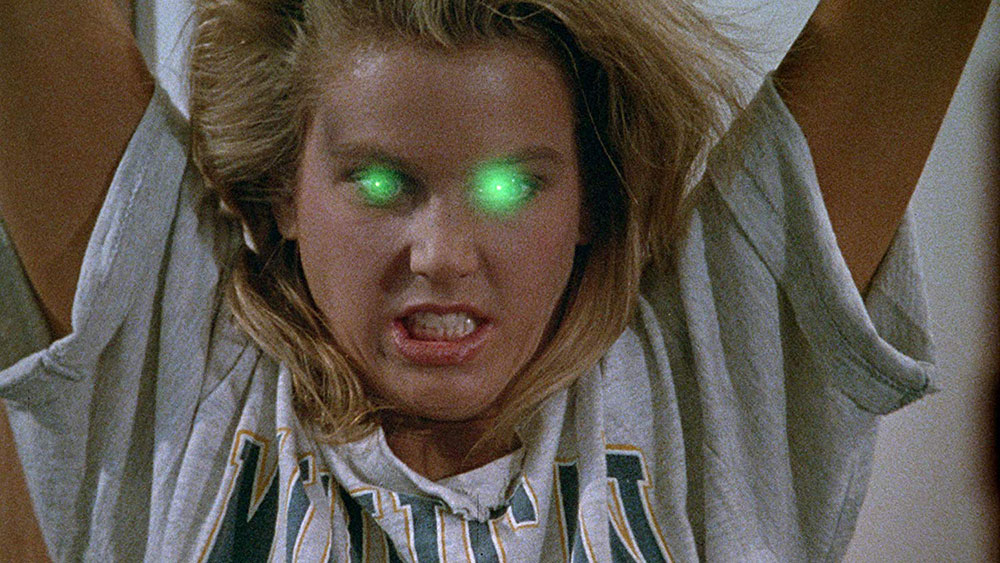 These aren’t 5 minute puff pieces, these are detailed, in-depth features. With the interviews with Rolfe you get to hear about his history growing up in a family that supported his dreams to work in film, his troubles with film school and the teachers that looked down at horror as a genre, and stories of making his films.

When Rolfe’s father, Victor, gets his chance to shine in an interview he has a treasure trove of stories about working in genre films in the 60s to the present as an editor and sometimes producer.

The film shorts are very good, with MOOD BOOBS being the standout of the three included on this set. The short is about a woman who accidentally has a wish granted to make her boobs react to her emotions, like a mood ring. It’s a very funny short story that co-stars genre legend Tiffany Shepis.

I have to end this Blu-ray review so I can get back to the Special Features on this disc. All I can say to you, gentle reader, is this is the first must-own home video release of 2019. Head over to Vinegar Syndrome now and pick up a copy of THERE’S NOTHING OUT THERE! You won’t regret this purchase. 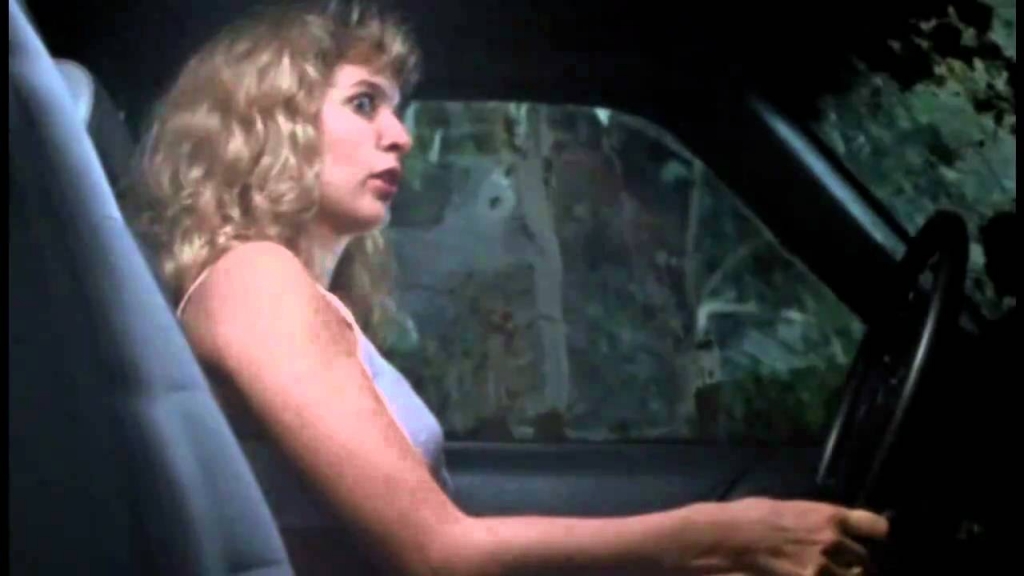 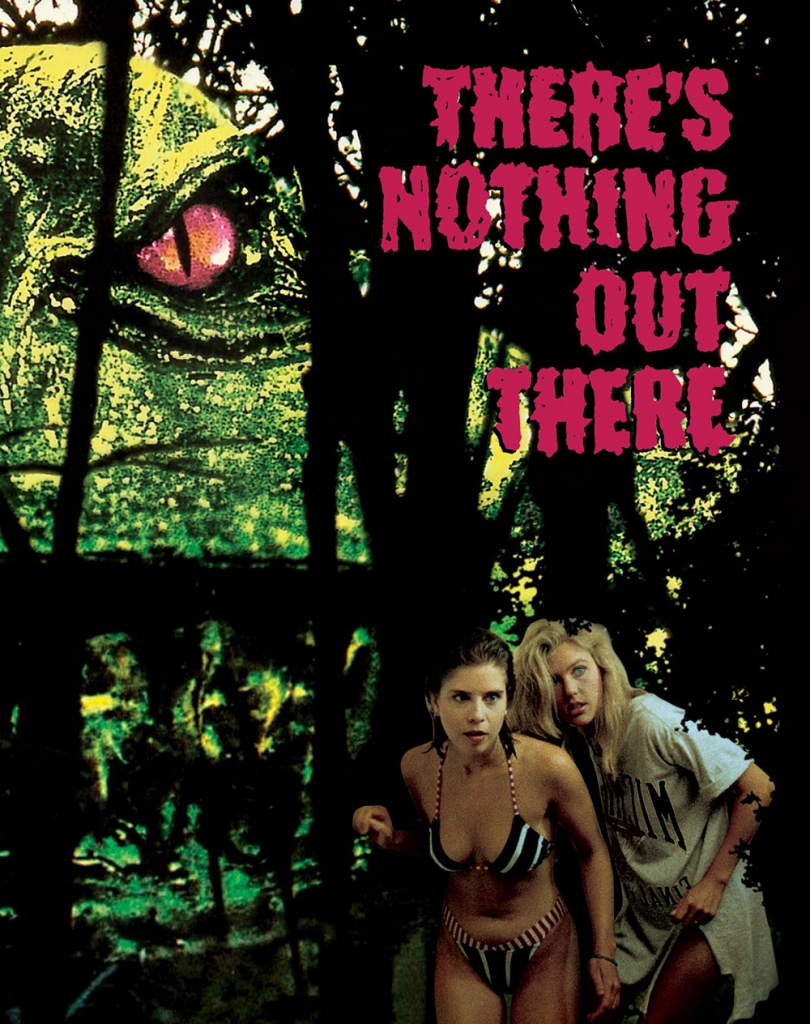 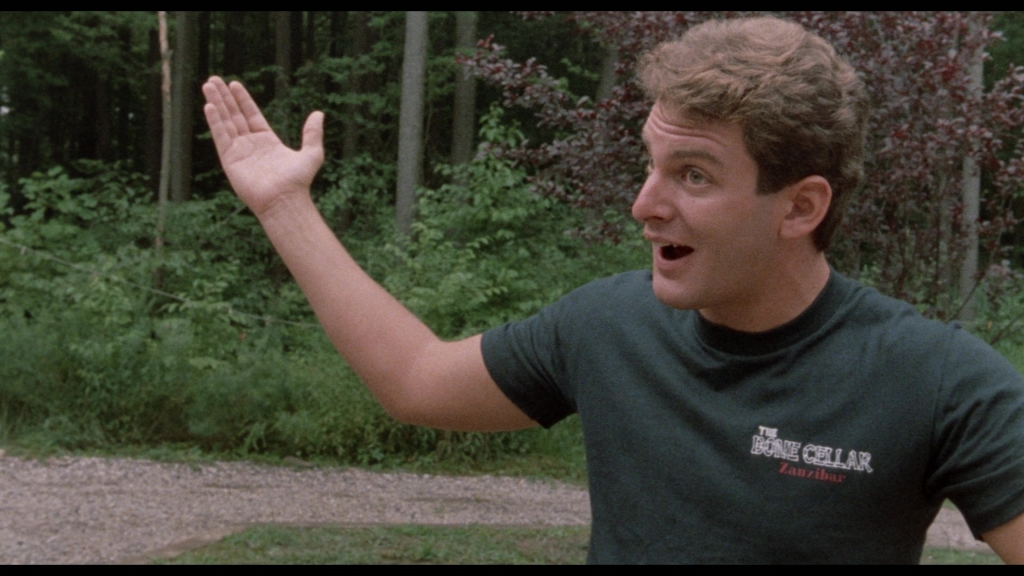 For more information and to purchase THERE’S NOTHING OUT THERE!, visit Vinegar Syndrome at www.VinegarSyndrome.com.