We discuss the footprints of violence, subverting the final girl, class divisions, and much more with “Student Body” filmmaker Lee Ann Kurr.

Reminiscent of The Breakfast Club on the side of teen drama, and Slumber Party Massacre from its horror side, the upcoming Student Body uses slasher elements to explore what it means to survive high school. The first-time film director and writer of the film Lee Ann Kurr speaks to us about the inspirations and the messages of the picture.

SPOILER ALERT
This interview covers some specific plot points of a new release film. While we have tried to keep spoilers to a minimum, we encourage you to watch “Student Body” first, now available on VOD, before reading this article. 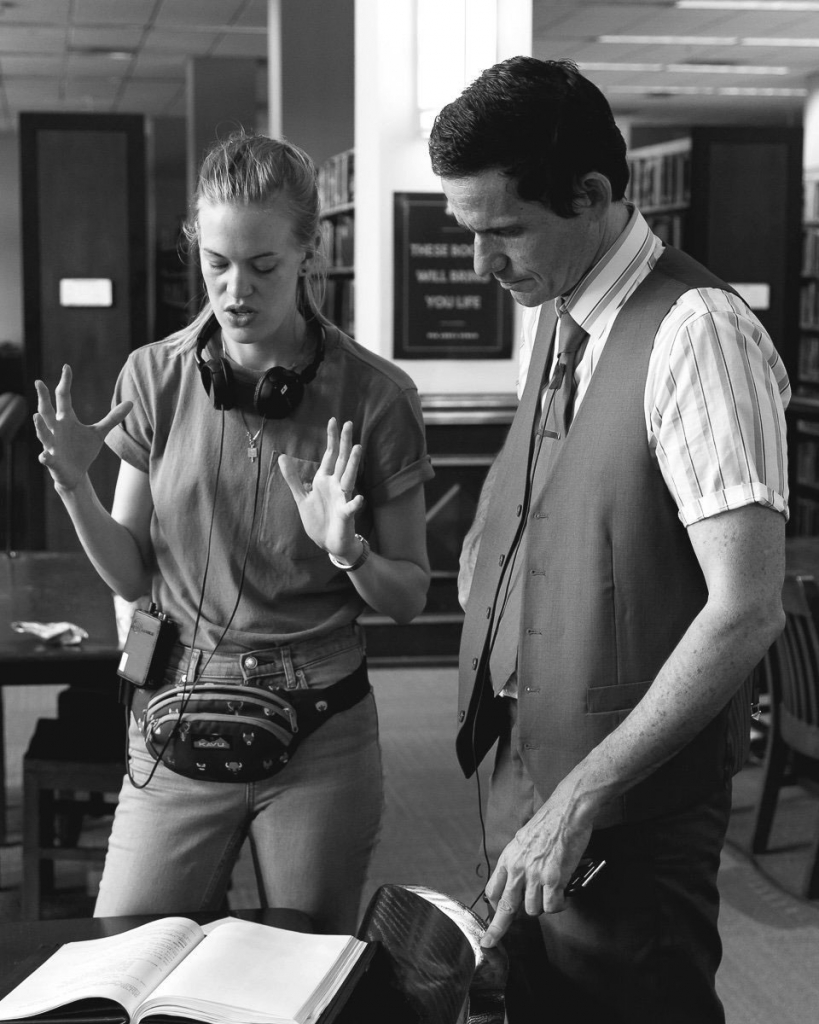 Lee Ann Kurr on the set of “Student Body”

Morbidly Beautiful: As I understand, this is a sort of a first one for you with Student Body, a first feature, and you decided to go with a slasher. These days, horror seems to be coming away from slasher; it’s all about elevated horror, especially in the mainstream. So why did you decide to go with this quite classical formula?

Lee Ann Kurr: I definitely wanted to draw upon some of those more nostalgic elements. My hope all along was making something I call a slumber party movie. Growing up, getting together with girlfriends, and hanging out. I remember this select couple of films, like Clue for example, that were just fun but also a little creepy, keeping you on the edge a little. So I wanted to make something that I felt was exploring the fears and anxieties of being a young person, particularly a young woman, and also was dealing with the fact that schools now are often not safe.

Also, I love the whole idea of a pressure cooker, a closed doors-setting if you will. I found out that using the classical slasher tropes but having a new spin on the ensemble and the characters and really having it be a character-driven story at the end of the day, can heighten those relationships and power dynamics. To me, it just sounded really fun.

I definitely appreciate the current horror art-house vibe, but I wanted to make something my fourteen-year-old self would really wish existed when I was growing up, back then with my girlfriends. 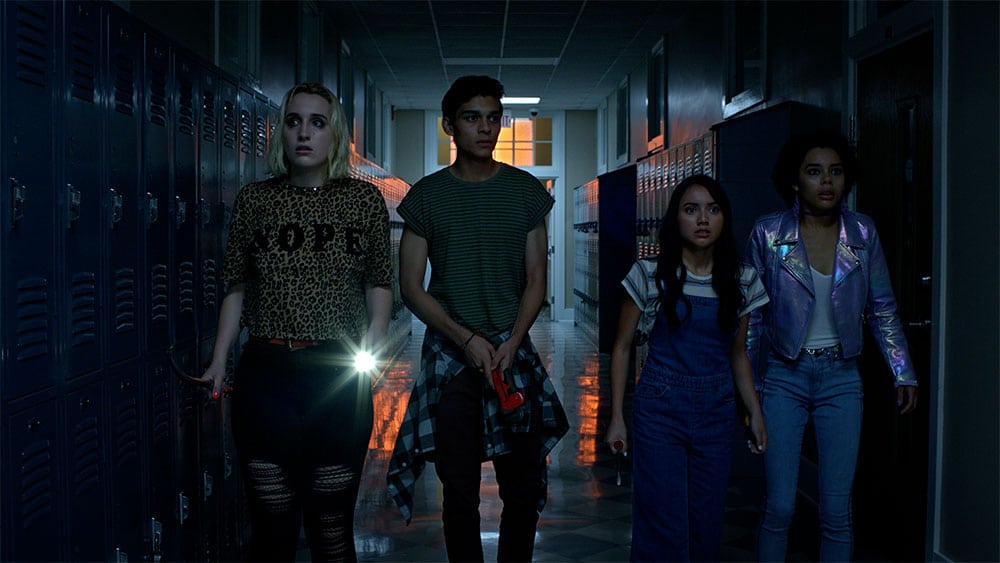 Morbidly Beautiful: Student Body certainly has a very nostalgic vibe to it. For example, the costumes that are very 2010s, but the part of the 2010s that was nostalgic for the 1990s. With the presence of analog cameras and other throwback elements, there’s a very clear sense of nostalgia, including references to films like The Breakfast Club and Carrie. Could you tell me more about that?

Lee Ann Kurr: I was looking to create a young-person ensemble that was very reminiscent of John Hughes’ films, particularly The Breakfast Club, but I wanted to bring it to 2022 in terms of representation and having it a bit more updated for modern audiences. As brilliant as Hughes was, he also was limited by his particular place and times.

Also, I was being inspired by films like Alien and Psycho that really allow the characters and relationships to take their time in the first half of the films and storylines to develop in the first halves of both films. The genre elements really kick into gear in the second half of both. And they allow this ensemble to shine, especially in Alien; the ensemble can have those power dynamics and they have time to naturally develop. And then those genre elements bring it to another level. And of course in Psycho, having the personal issues of Marion and Sam at the forefront and then things spiral out of control.

So I felt inspired by that sort of structuring of the stories and letting the characters and power dynamics be at the forefront. And then to have that usher into this heightened fear space when things get more dramatic and intense. 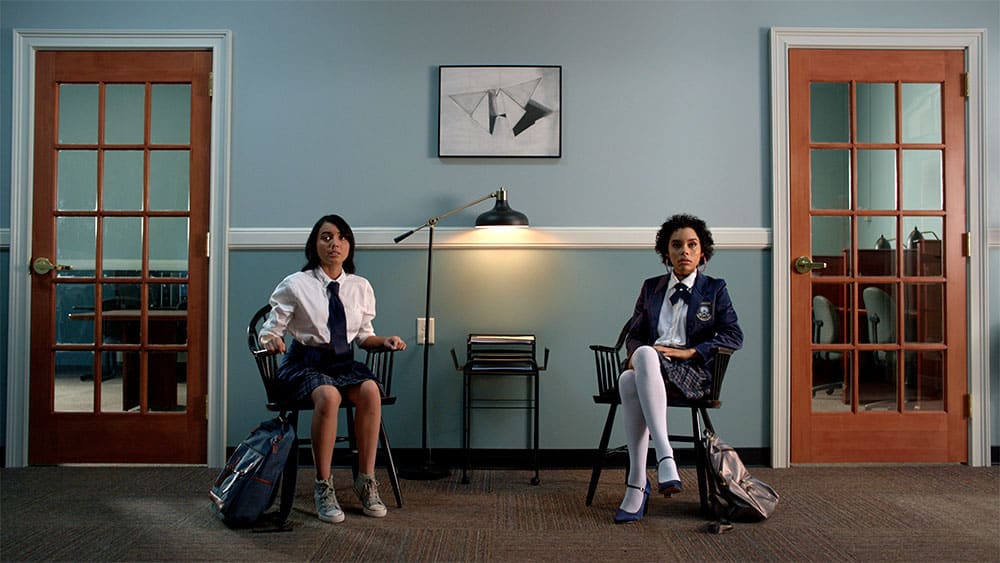 Morbidly Beautiful: I could see the focus on the characters. For example, the color-coding of the characters through their lockers looked brilliant. You made sure to have this cast of characters from different backgrounds. What we tend to see with other films, unfortunately, is creators including characters of different backgrounds in a narrative for diversity’s sake but not and not really incorporating those differences in the storyline. But here, you really managed to focus on that, especially in how you present the class differences between the characters. I could see this reflected a great deal in the two main characters — both young women of color — as their relationship to power structures in the school is very dependent on their class.

Lee Ann Kurr: I appreciate that you brought that up. I personally grew up very middle class, and there were a ton of girls who were in school with me who were way, way wealthier than I was. That was something I kept in mind from my time growing up. And in terms of having a diverse cast, you never want all people looking one way, being one thing. I wanted to make sure we were showing different kinds of people from different backgrounds, and it was not pointing to any stereotypes.

The class differentiation between Jane and Merritt, I think, is another level of the power struggle that can exist between young people when they are peers. But they are not “really” peers. And you can see that in how Merritt can put her foot down with school administration in a way Jane cannot. I think even if we are close friends with someone our age, there are still diving lines: whether that be class, race, or other cultural divides, such as coming from a family of means versus someone who clearly doesn’t.

I kinda had this backstory on how Jane was there on scholarship and she was the only one of the clique. I think that adds another psychological element to this feeling of being subservient or feeling like she owes people something and feels she has a tenuous position at school.