As part of our music department’s celebration of Women In Horror Month (or Women in Punk Month), we interview Lena of post-punk band Secret Shame! 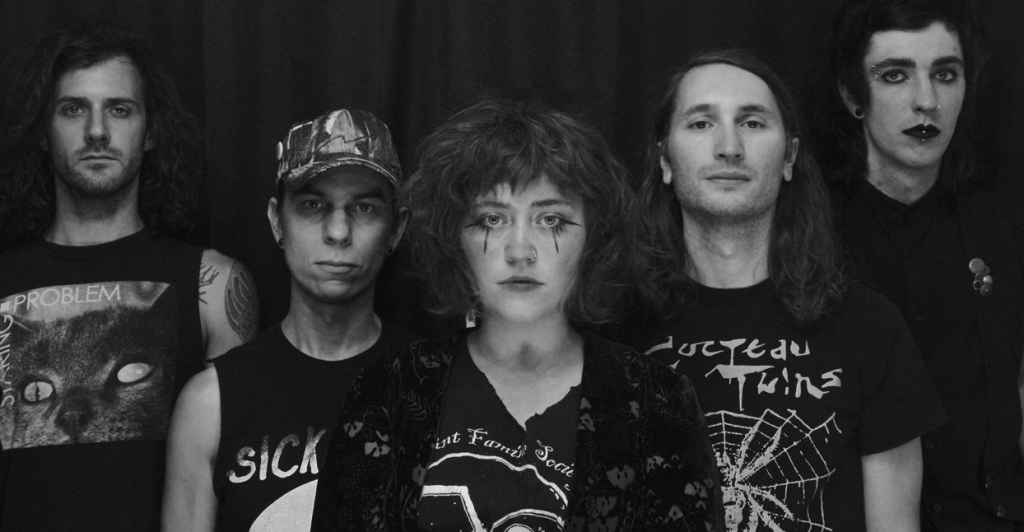 A couple of months ago, I found the music of Secret Shame while doing a deep dive through Bandcamp. After falling in love, I reviewed their debut record Dark Synthetics for this very website — naming it my favorite Debut record of 2019. Since then, this dark synth band from Asheville, North Carolina, has only gotten bigger — with a vinyl pressing of their debut, a remix album, and a new tour. There’s some bright things on the band’s horizon, and I couldn’t be happier for them.

That’s why it was such a pleasure to interview Lena (who goes by her first name only) — the band’s lead singer, songwriter, and one of three synth players — as a special treat for Women In Horror Month (or, in my case, Women In Punk Month).

INTERVIEW WITH LENA OF SECRET SHAME 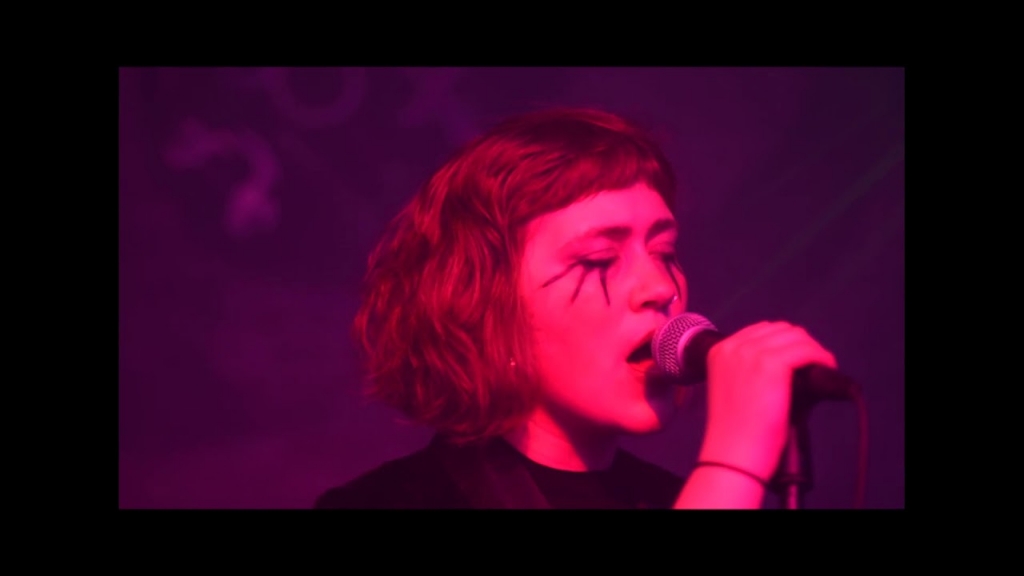 Lena: I actually really don’t enjoy scary movies. I have a lot of nightmares and don’t want to be scared around the clock.

KK: What’s the first piece of music you ever remember loving?

Lena: My father wrote a four-song instrumental EP for me when I was a child titled Selena. I cherished it when I was five, and I still do.

KK: How did Secret Shame get started?

Lena: A couple puppies decided that writing post-punk would be fun or easy. They invited some other puppies to play, and they never showed, and then they found my acoustic music and decided I should try. I didn’t sing for the first seven practices, and I had never really listened to post-punk. But they kept me. And now us puppies are bumpin along. I just sing the melodies that I hear in the corners of the songs. To actually (kind of) answer your question;

Secret Shame started the way most of our songs do, and the way our decision-making process goes, with no one really knowing what will happen, but doing things until something seems right. 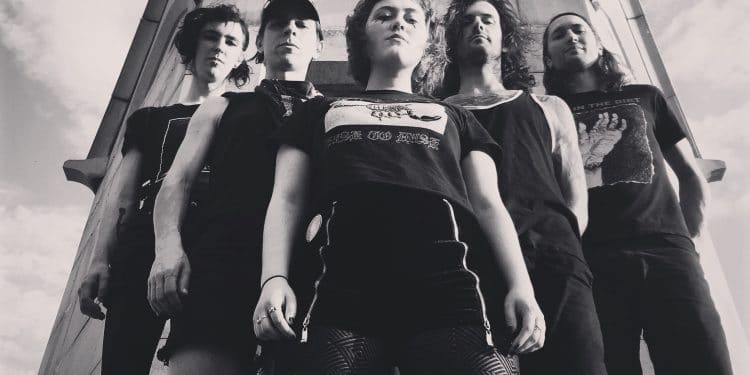 KK: The band’s got a very distinct aesthetic – both musically and fashion-wise. Who are your biggest influences on both fronts?

Lena: I wouldn’t say that I have a fashion influence, but I’ve always respected people who wear whatever they want. I love Danny Elfman in Oingo Boingo. But I’ve never really listened to them, I just appreciate the energy there.

KK: What women in punk do you look up to the most, lyrically and sonically?

Lena: I’m very picky, I think. Chelsea Wolfe has such a moving, crystal clear voice. My own mother is a fantastic writer. Sinead O’Connor in Jackie O, but only sonically. Bjork (of course). The singer of Xmal Deutschland. I look up to my friends. But above all, lyrics make or break it for me. I could think someone’s voice is awful but if I love the lyrics I’ll still listen. Are any of those punk?

KK: Totally. Many of Dark Synthetics’s lyrics deal with intense emotional trauma and abuse. Was the record’s creation cathartic for you?

Lena: Not really. I have good and bad days with the songs. Sometimes they’re empowering, sometimes they make me feel violent. Or make me get all choked up. Overall it kind of feels like how it feels to scream, which can be healthy. 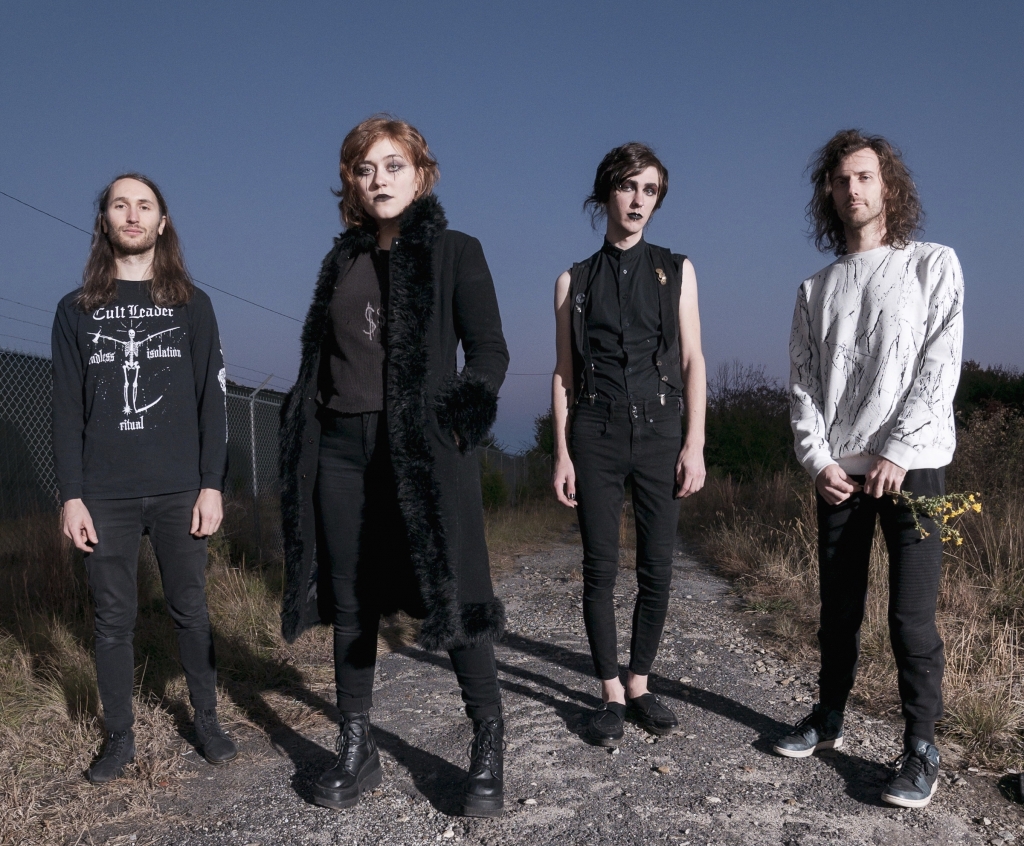 KK: How long did it take to finish the album? Are you proud of it?

Lena: Probably two years. But that’s only because a couple of our songs were that old. The rest took a year to write and record. We released it 8 months after we recorded. There are a lot of things I don’t like (with how I recorded), that I wish I could redo, but if I had the chance to redo things over and over then nothing would ever get done. Overall, I didn’t think anyone would really like the songs. We had sent them to pretty much every label out there and nobody responded. I’m proud of the songs because of how much they mean to me, and to everyone else…but I think we can write much better now.

KK: You’re not only the band’s lead singer and lyricist, you’re also the artist for the Dark Synthetics album cover. What were you thinking of when you made this piece?

Lena: I really just blasted the album in a room by myself and started painting. I knew roughly what I wanted, but what I painted was not even really what I meant to. There was a lot of wine. Kind of…I guess the concept happened towards the end of the piece, when I added the gold to the center. It was like lines of paint being different songs, and you kind of near the end and it gets lighter, and there’s this gold that makes you think it’s okay. But the gold, turns out, is almost insignificant compared to all the other disgusting lines of dark color that surround it. 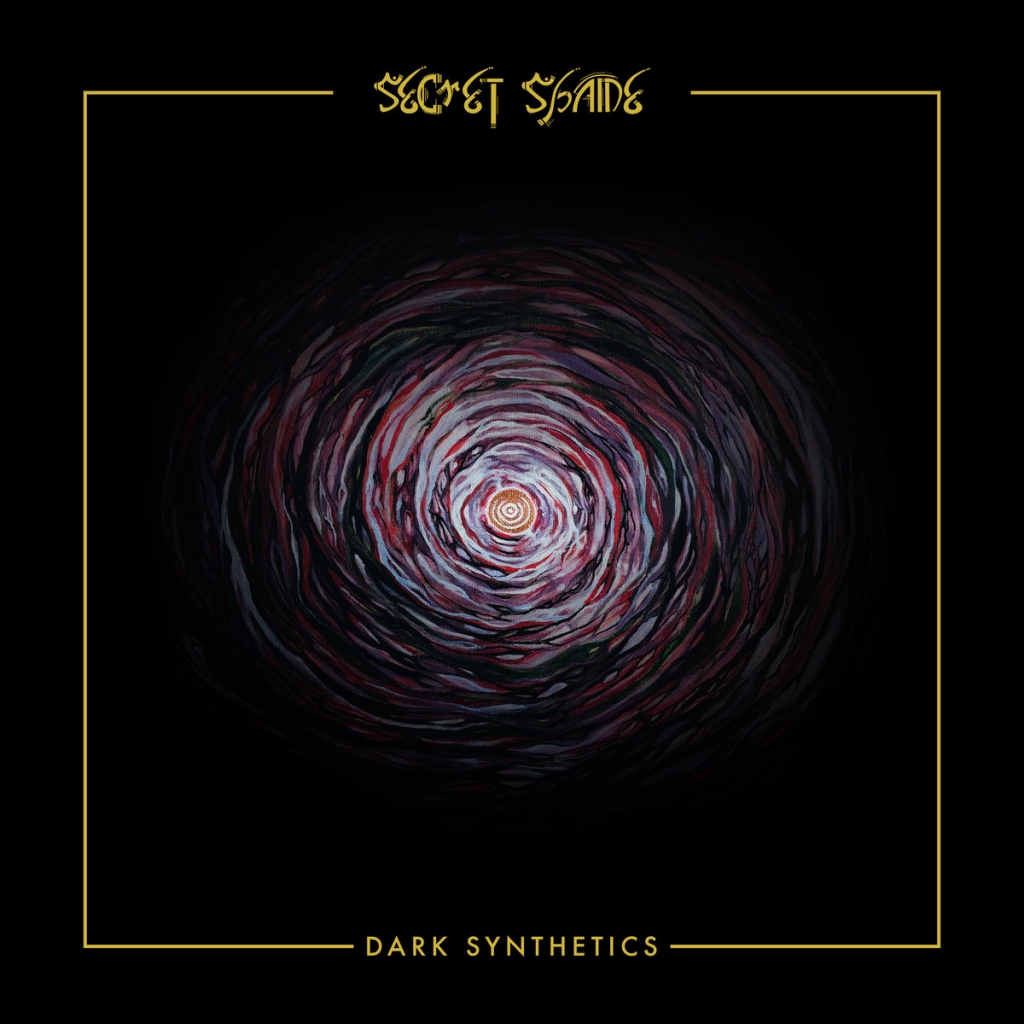 KK: What’s been the most exciting part of how big the record’s gotten?

Lena: I don’t think that I consider the record “big”, even a little bit. But maybe I just don’t want to jinx anything. Honestly, it’s been very exciting for me to see the work of my friends paying off. I see us in pictures and videos, and read what people have to say and it’s like damn, those are my friends. Those are the people that I get to spend my time with, and I love them. And it’s about time other people noticed how great they are, too. Don’t tell them I said any of that though.

We all wrote Dark Synthetics together, and the record means the world to all of us, in separate ways. It’s really amazing that it means something to other people as well, and now we’re able to tour and experience so much because of it. It’s like this beautiful dream that started out as a nightmare.

KK: Has the success of the album been overwhelming for you or anyone else in the band?

Lena: The only thing overwhelming for me is people think that since I wrote these vulnerable lyrics, they deserve to know every detail about them. People want me to tell them exactly what everything is about. But I don’t owe anyone anything just because I express myself. We’re all also kind of strange and I think it’s hard for us to be good at talking sometimes, or accepting compliments, or being people. But we’ve had a lineup change, and now everyone seems to be on the same page, as far as touring and being excited instead of overwhelmed. 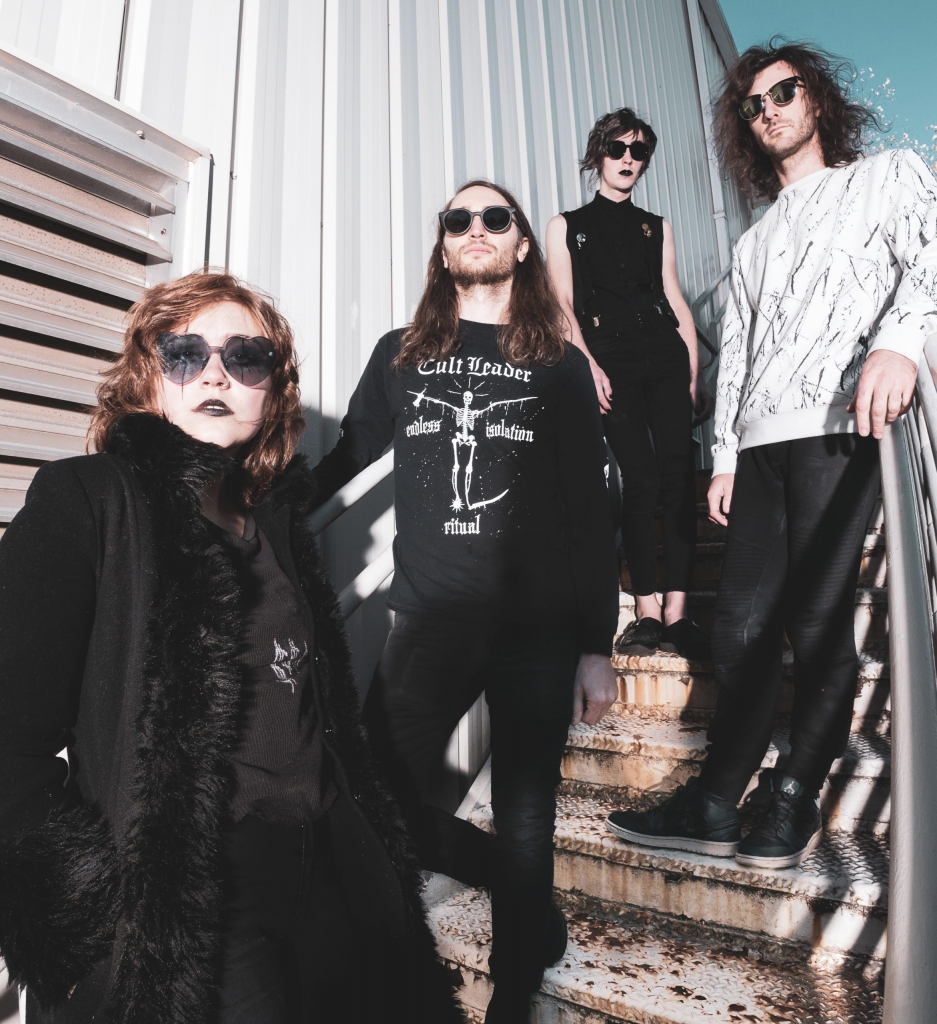 KK: Starting this month, you’re going out on tour with the no wave band Reduction Plan. Are you excited to get out on the road? What’s been the hardest part of prepping?

Lena: The hardest part of prepping is having to be patient. I don’t like being home, going to work, establishing daily routines. I only really feel like myself on the road.

KK: What’s up next for Secret Shame?

Lena: We’ve been working on a music video. Writing, touring as much as we can, and some really exciting things that I can’t talk about. ;)))

KK: Where can our readers find you and the rest of the band online?

Lena: We’re on all social media platforms. We’re also on all streaming platforms.