Exceptionally well made and well acted, the atmosphere of this slightly supernatural film carries it — along with the performance of its young lead. 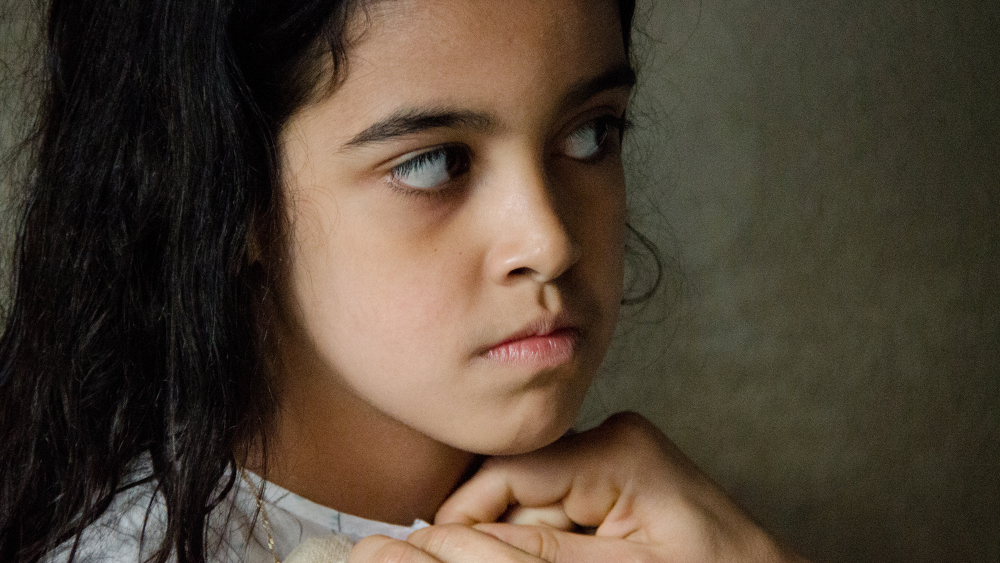 The Father’s Shadow (also known as A Sombra do Pai in its native Brazil) is a film about a young girl named Dalva (Nina Medeiros) who has a gift. Dalva lives with her father Jorge (Julio Machado) and her aunt Cristina (Luciana Paes); her mother is dead. Cristina cares for Dalva while Jorge works as a mason at a construction site, and she knows that Dalva has something special about her. In fact, Dalva is the kind of serious, wise beyond her years child that you might be used to seeing in films (especially horror).

The film creates a sense of discomfort immediately: The opening shot is of Dalva digging in the dirt to reveal a doll’s head. What could be creepier than that? There is a through line in the movie about Dalva’s strange creations and talismans; it’s somewhat reminiscent of Charlie’s collections in Hereditary, though nowhere near as dark.

Between Cristina and Dalva there is a lot of talk of witchcraft, saints and superstition. 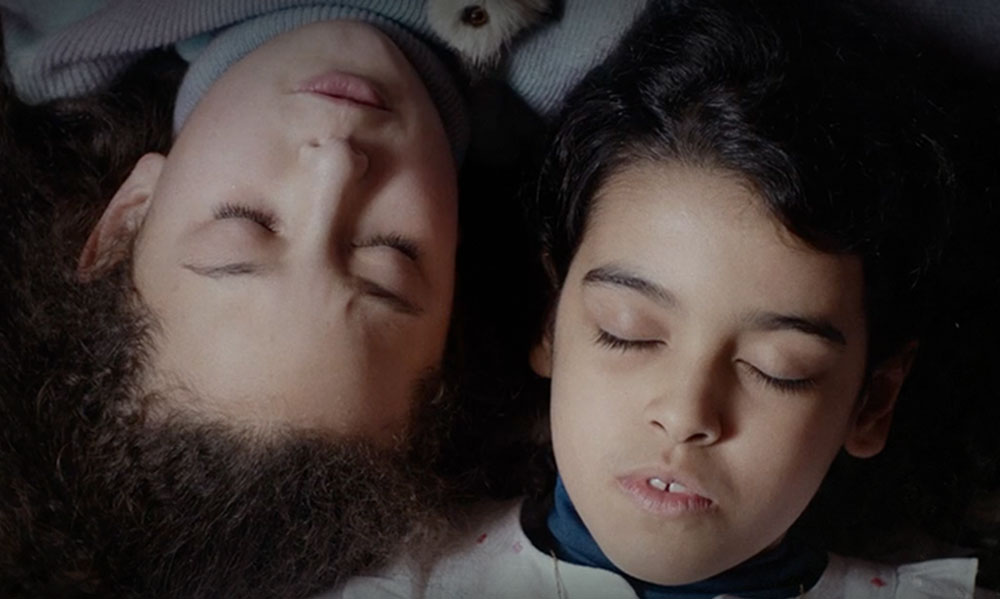 They initially discuss it because of the aunt’s on-again, off-again relationship with a man named Elton. Dalva says she controls when Elton returns to Cristina. Her aunt urges Dalva not to use whatever powers she possesses to do bad things:

“You have to be careful with that gift of yours. You can’t use it to hurt people, or else it’ll all come back at you.”

It’s unclear at first how well that message really gets through to the young girl, but we eventually see that she’s taken that advice to heart.

Dalva and her best friend, Abigail, are each other’s only companion. They’re outcasts who are bullied by the other children. The only time we really see Dalva’s behavior trend toward the darker side of magic is during the St. John’s Day festival, when a boy does approach them just to be cruel.

For much of The Father’s Shadow, we’re not sure how much of Dalva’s power is real. 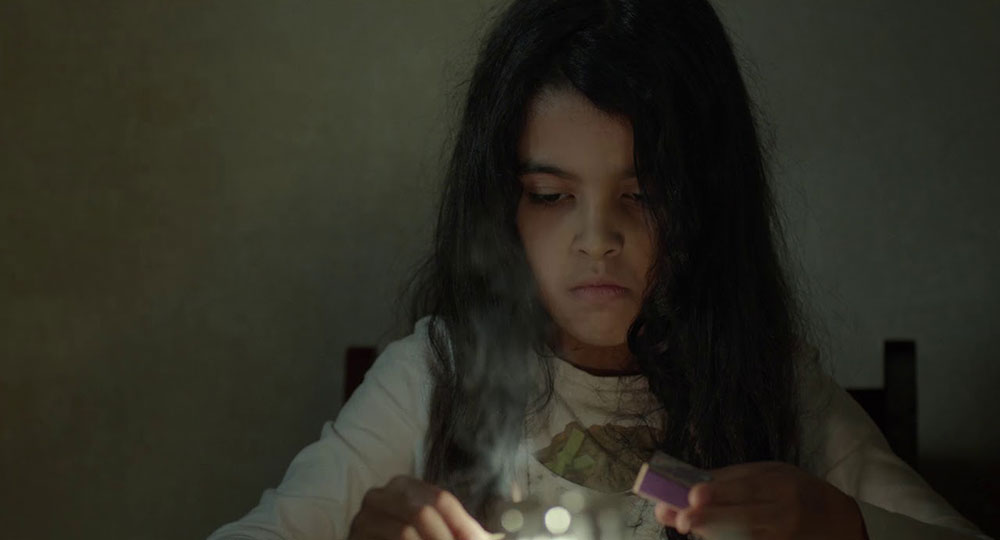 Even with a payoff about 26 minutes into the film, there’s always the chance that this could be more of a psychological thriller, complete with hallucinations or dreams. Jorge’s storyline only enforces that idea: His coworker and closest friend Almir dies suddenly, though no one knows if by suicide or an accident. Jorge gets hurt on the job, and as the wound worsens, he seems to unravel psychologically.

His subplot in this film might just be the most terrifying thing about it.

Writer and director Gabriela Amaral Almeida makes clear her influences through Dalva’s entertainment choices. We get to see the young protagonist home alone watching horror movies a couple of times; once she is watching the ever-present (thanks public domain!) Night of the Living Dead, and another time she’s enraptured by 1989’s Pet Sematary.

Not only are those thematically relevant to The Father’s Shadow, but they also set the tone for Dalva’s life and personality. It’s a clever way of showing more than telling. It’s also a pawn to keep you guessing about Dalva’s grip on reality.

The artsy and technical aspects of this movie are astounding. 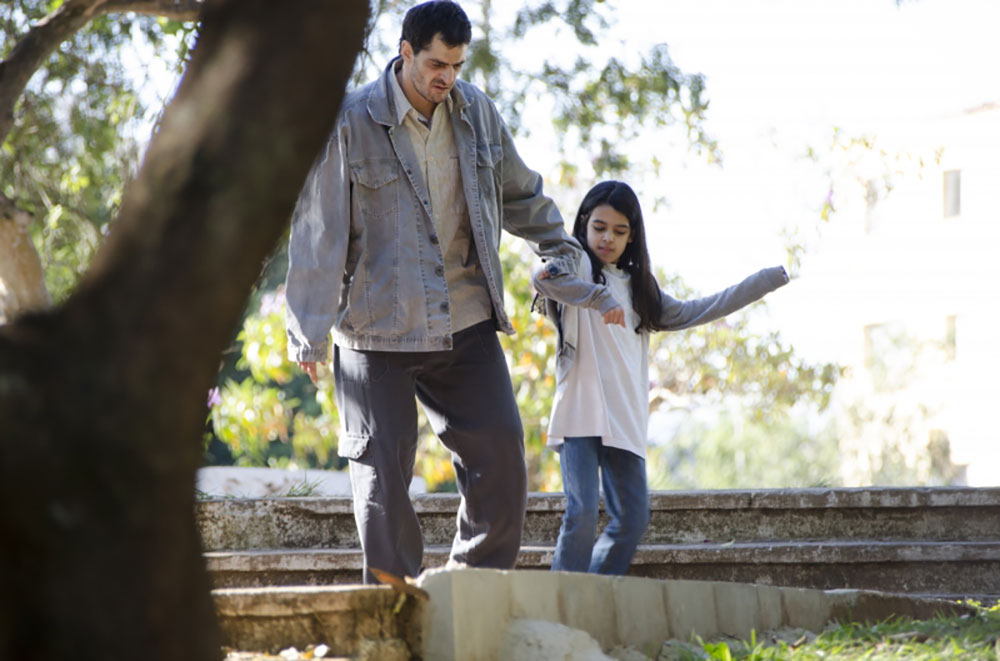 It features an ambient score by Rafael Cavalcanti that evolves as the movie and its characters do. The music does a lot of the heavy lifting, especially during the third act, because there are several long stretches that feature no dialogue or verbalizations of any kind. It doesn’t feel like anything is missing from the film, though — it just helps build the tension and atmosphere.

The cinematography by Barbara Alvarez is also impressive, especially given that there are no sweeping landscapes or even cityscapes. Most of it is shot at ground level, and rarely in wide shots. Being able to make construction sites, people living ordinary lives and city streets look interesting is true talent.

The acting in the film is great across the board. Nina Medeiros particularly stands out, not just because she is the lead, but also because children aren’t always the greatest part of a cast. In this case, she is. While Dalva is smart, serious and mature, she never feels unreal.

Most of the supporting work is done by Julio Machado and Luciana Paes, both of whom play their roles as Dalva’s caretakers (with very different styles) capably.

This film does have a supernatural bent to it, but you shouldn’t go into it expecting lots of scares. 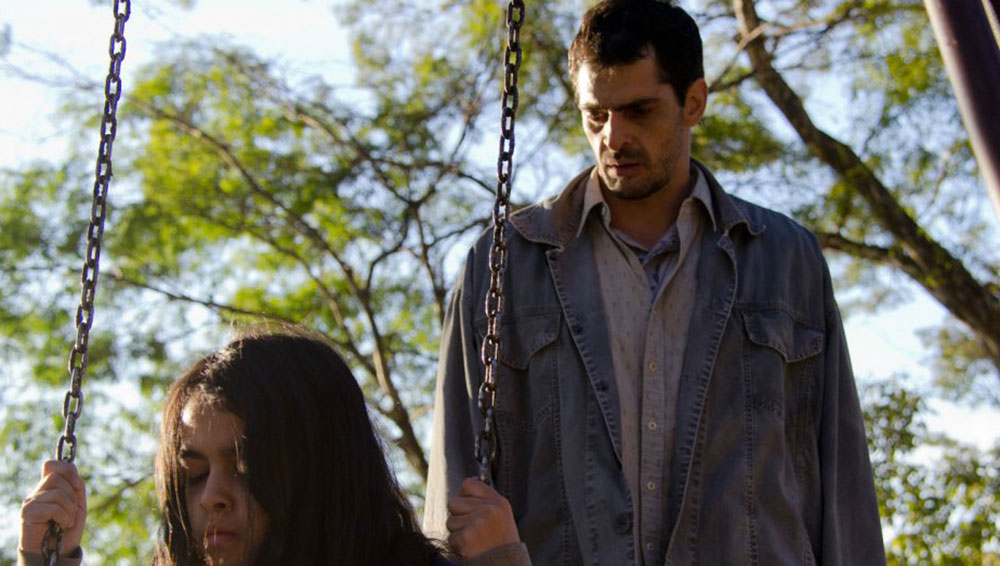 There are one or two that might frighten, but for the most part, this movie is about ambiance and interpersonal relationships.

The Father’s Shadow is one of those films you could expect people to refuse to call horror, but the horror is there; you just have to look a little deeper than with a slasher or classic ghost story.

If that’s up your alley, get your hands on this movie.