It’s been awhile since Paul W.S. Anderson locked himself away for two weeks and binge played the video game Resident Evil. When he emerged out the other end with two weeks of stubble, sweating and looking like he had the T-Virus, Paul had an epiphany: “We have to make this into a movie!”

Recently at the TCL Chinese theaters in Hollywood, Director Paul W.S. Anderson, Producer Jeremy Bolts, a ton of cool fans in cosplay and of course press, got to see a special screening of the original movie Resident Evil — the one that started it all. What a great evening! 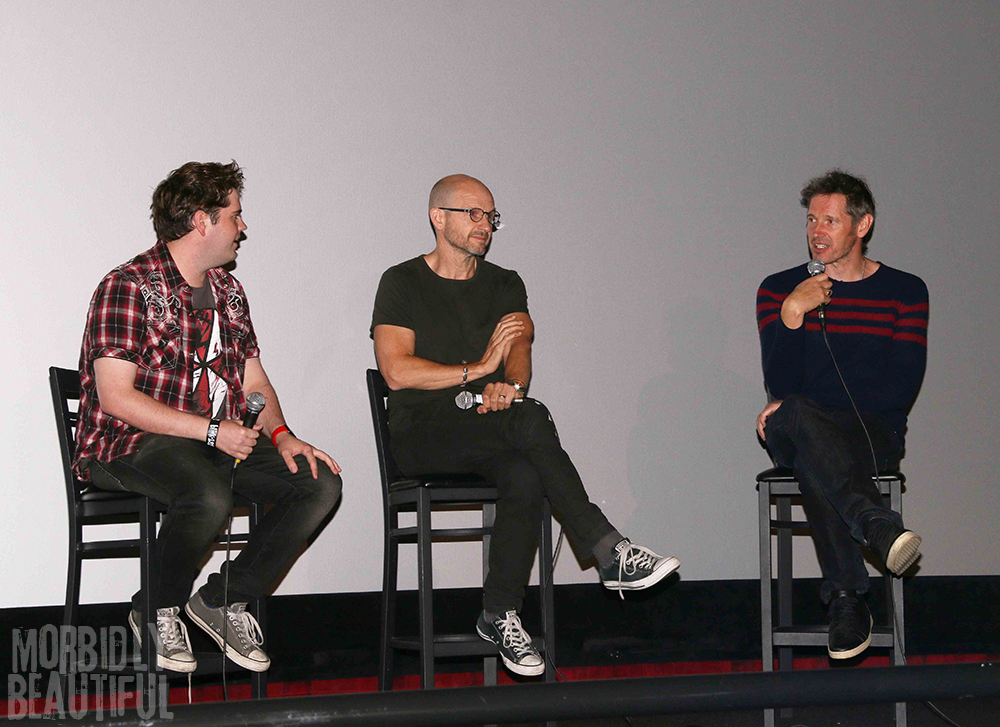 Between 2002 and 2016, fans got an amazing series of sci-fi/horror actions films that rocked the video game and horror world. Despite some negative reviews, with six films released, the Resident Evil film series is the highest-grossing film series to be based on video games of all time, having grossed over $1.233 billion worldwide.

Paul W.S. Anderson is a pretty down-to-earth guy. Married to his Resident Evil star Milla Jovovich, with a family and many successful movies under his belt, Anderson seems to have it all. At the TCL Chinese Theater, he happily sat down to talk to reporters and sign posters from the movie for fans. This screening was a great chance to find out more about the Resident Evil franchise and what is ahead for this creative director. 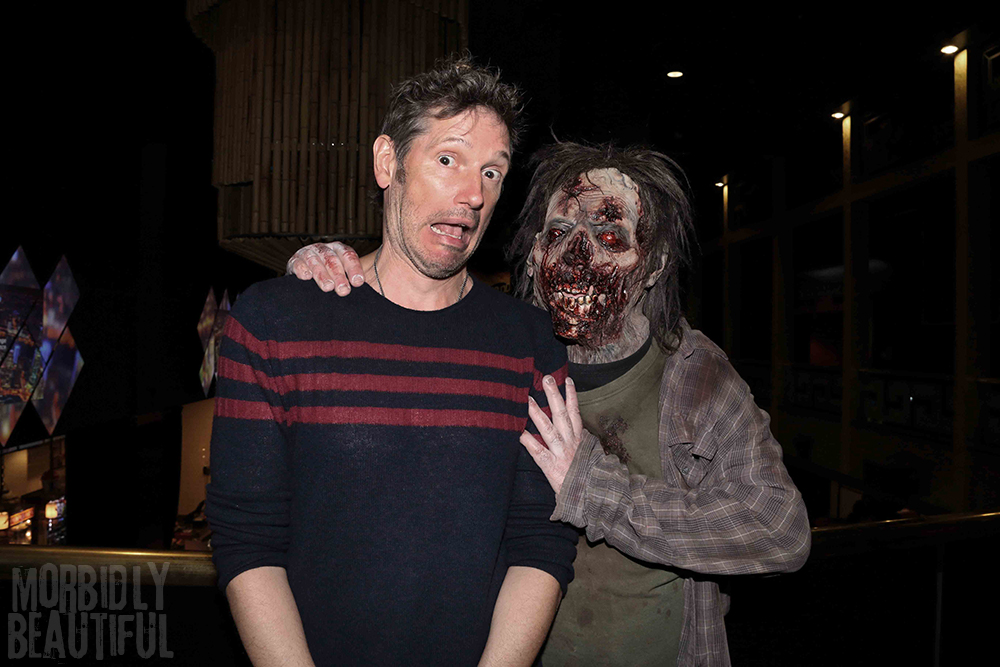 Los Angeles Zombie Girl: When you first decided to do Resident Evil as a film, entertainment was in a different place than it is right now. Comic book and video games are more popular than ever especially in films. Do you think what your perspective was then matches up better now?

Paul WS Anderson: “I felt the Resident Evil video game was way ahead of the curve. It was talking about things that people weren’t paying any attention to. Just talking about the idea of corporate malfeasance, and the fact that the government isn’t probably looking after us, these are things that that the Japanese and the game picked up on. The game came out before Enron blew up, before we really understood the big companies and big government don’t necessarily have our best interests at heart. And I think that’s something that resonates with people.”

“That’s why the Umbrella Corporation has always been a central part of the mythology of the movies. And while people talk about Resident Evil being zombie movies, for me they’re more about Alice’s struggle with the Umbrella Corporation, The struggle of the individual against the big machine. It’s more timely than ever when you see Milla crawl out of the hole in the ground that started the Final Chapter, and she’s in a shattered, devastated Washington DC. That struck a chord with a lot of people.” 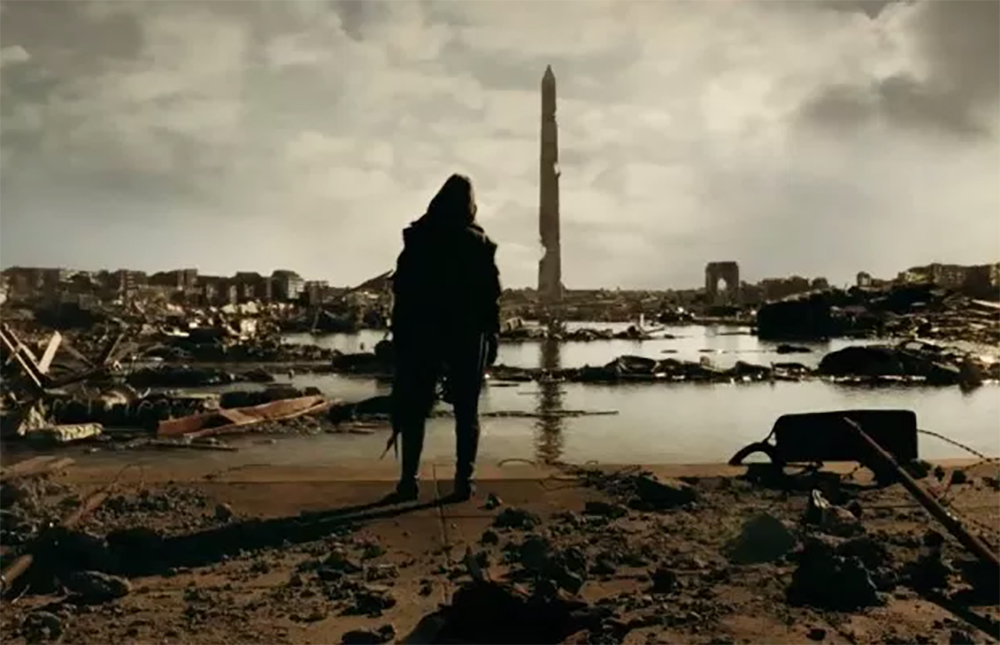 LAZG: You have been quoted as saying you had a strong female lead when that wasn’t the norm in movies. Thank you for letting women kick ass in movies, by the way, and why did you make that decision?

PA: “It wasn’t acceptable in Hollywood Cinema. Obviously, there were exceptions to the rule, for example Ripley in the Alien movies, but when I first came to Hollywood to make Mortal Combat back in the day, there was this rule that females in action movies don’t work. American studios didn’t want to make them. But the first Resident Evil movie was made outside of America, outside of the studio system. It was picked up by Sony but was very much an independent movie. In Europe, the idea of having a woman in the forefront of these kind of films was a lot more acceptable, so we ran with that. We had no American investment in the movie. We did what we wanted, and we were a big hit. So at that point we were locked in on that direction.” 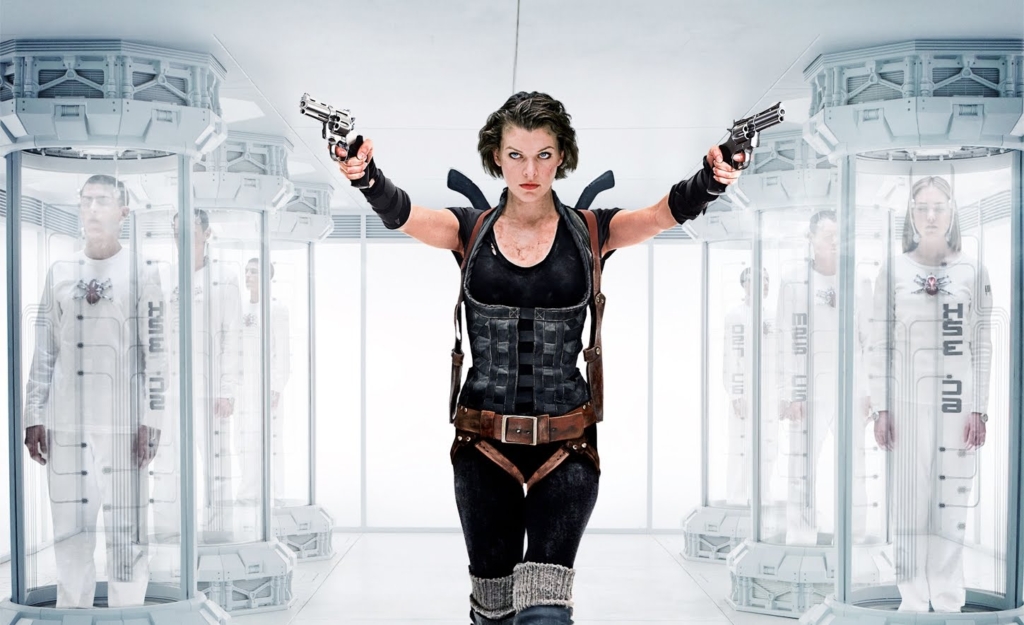 LAZG: Ironically the making of the first Resident Evil was affected by 911 wasn’t it?

PA: “Yes. We’d already wrapped the movie, apart from the very end when Milla comes out into Raccoon City. We’d shot the first part in Berlin, because it was all set below ground. But there’s nothing in Berlin or Germany that looks anything like North America, so we were going to shoot the last scene in Toronto. I was actually in the air when 911 happened. I was one of the last flights, out of New York to Toronto. So, we ended up just closing up the shoot and finishing up a month later. Originally, the movie was called Resident Evil: Ground Zero, so we had to change that as well.”

LAZG: I’ve heard you describe it different ways, but do you consider Resident Evil a horror movie?

PA: “I’ve never really seen Resident Evil as horror. I’ve seen them as kind of science fiction, action movies in many ways. They have elements of horror in them, but they’ve kinda always been a little restrained. I mean, considering they’re zombie movies, you don’t see the intestines pulled out, you know (chewing sounds) because that’s not what the movies are about. They’ve always had, to me, a bigger art than that. I love horror, but I don’t describe these as hardcore horror movies.” 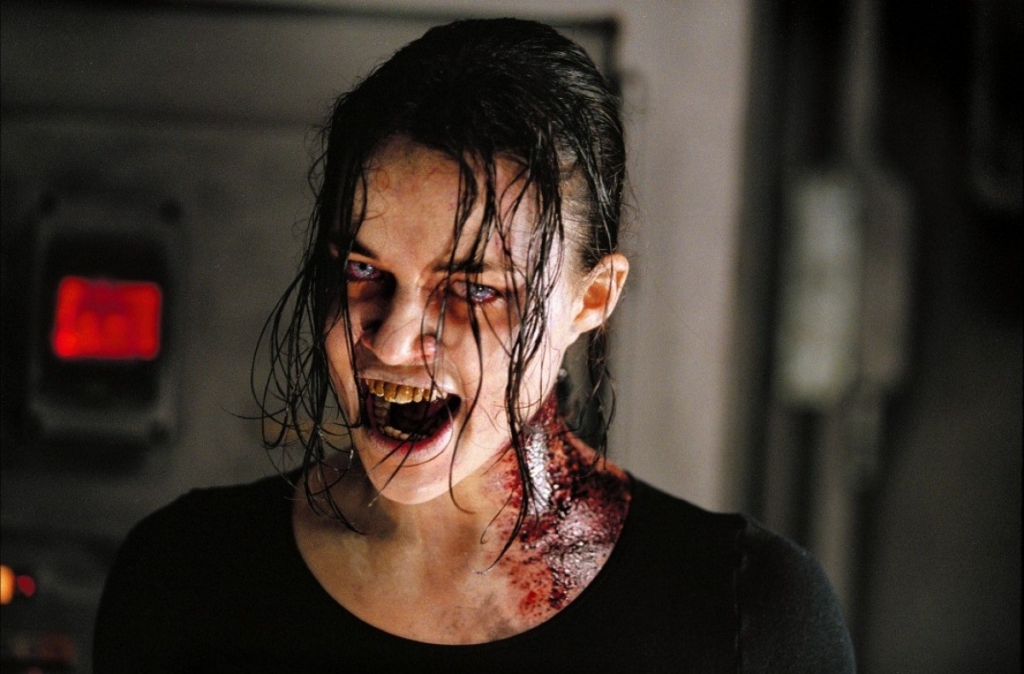 LAZG: Are you a geek yourself? Do you like any superheroes or comic books?

PA: “I love video games — that’s why I’ve done so many adaptations of them. Growing up in the north of England, I didn’t see that many superheroes. Superman wasn’t my guy. But the