I first learned of experimental filmmaker and Artist Paul Prince and his YouTube channel PaulPrinceArt when I reviewed his film Black Satin Seance for the YouTube channel (Psychic Celluloid Signals) that I co-host with reviewers Josh Blodgett and Nate Enright.

Paul Prince’s work is full to the garish brim with imagery that ranges from psycho sexual and esoteric to macabre and horrific. His work evokes a sense of unease and titillation in the viewer and begs them to come up with their own narratives from the pieces he allows them to see.

This six question interview with Prince was conducted via YouTube private messaging following the review of his film Black Satin Seance. I hope all of you, dear readers, enjoy this interview…and I hope you checkout his morbidly beautiful work. Thank you, Paul Prince, for granting this interview. 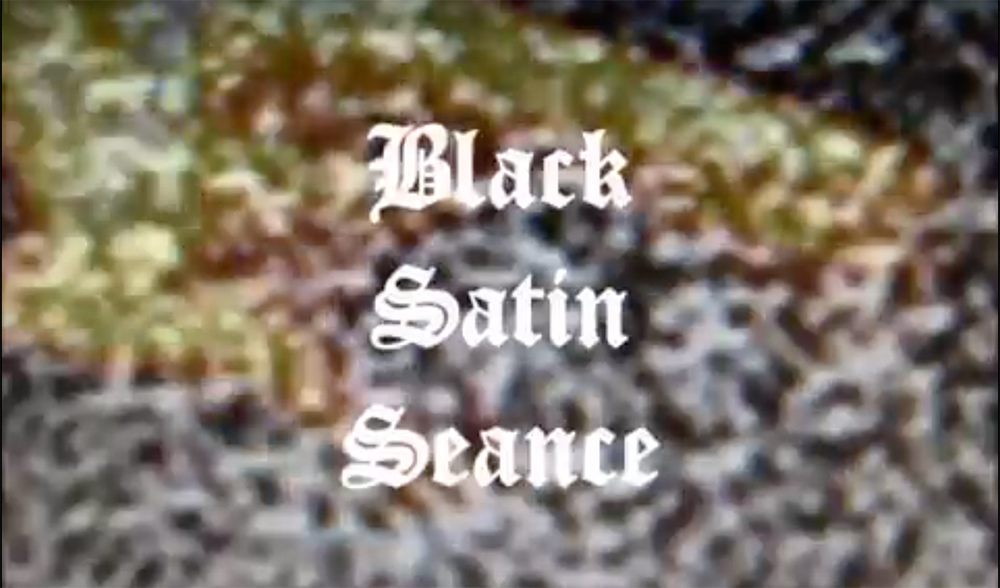 What do you think draws people, like you, to macabre, horrific, psycho sexual, and esoteric imagery?

It’s simply thrilling and exciting. Humanity in general has always loved to explore the mysterious unknown and the macabre through art and literature. Now with advancements in technology films are more captivating and mesmerizing than ever before. Since the classic film era of Alfred Hitchcock and Orson Wells movies have increasingly become more realistic, imaginative, and advanced therefore inspiring even more people to be drawn into such subjects.

What makes you choose the specific imagery you use, i.e, a cherry pie in “Shadows at Midnight”?

I use a personal strategy in which I brainstorm ideas and then make a checklist of specific striking images and juxtapositions to integrate into my projects. I love cherries and cherry pie so I wanted those delicious symbols and others to be integrated into my creative projects. Over the years cherries have become my signature symbol that I frequently use in my art projects and even for my short stories and novellas at Story Time Anonymous on WordPress. 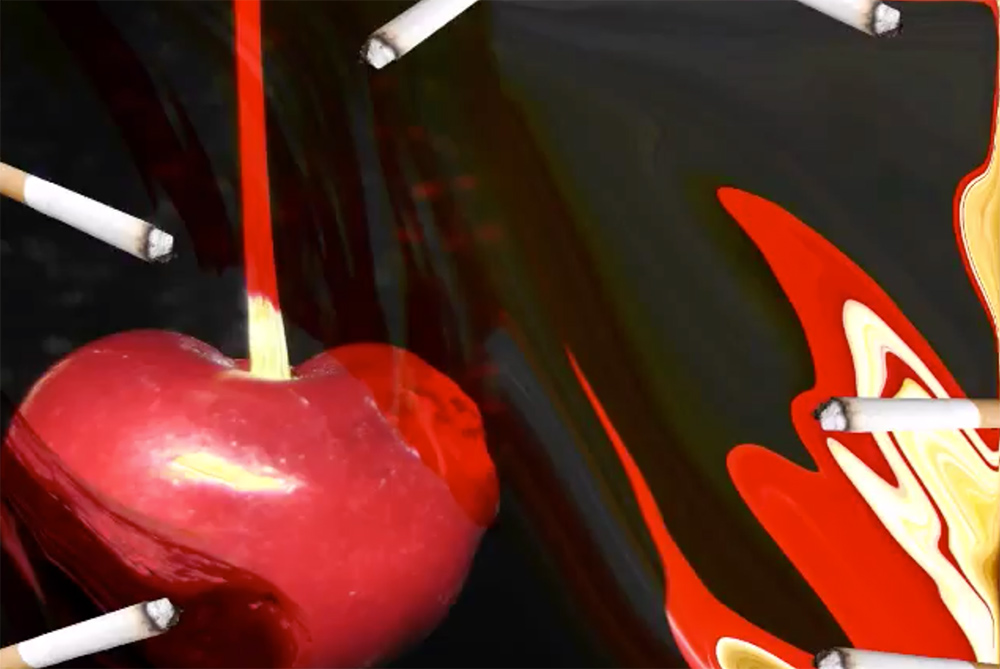 I was first inspired by the use of symbolic imagery from David Lynch’s application of imagery in Twin Peaks. I even liked how David Lynch used cherry pie and doughnuts in that show. I’ve also been inspired by painters who use symbolism like Salvador Dali, Rene Magritte, Edward Burne Jones, and William Blake. The iconic musical band Pink Floyd successfully made excellent use of imagery and symbolism on their classic albums and during live concerts. I’ve always appreciated Pink Floyd’s work.

The overall message is that there are eerie abstract mysteries lurking behind the initial surface mystery waiting to be discovered and explored. I believe that message is so much more intriguing and suspenseful than a straight forward mystery or straight forward use of gore and horror. Very little is openly explained in my films, and it leaves a lot for the viewer to figure out on their own. I’m hoping to bring a lot more multi-dimensional multi-layered abstract mysteries to the short film genre. The over aching emotions are of foreboding suspense, bewilderment, and intrigue. 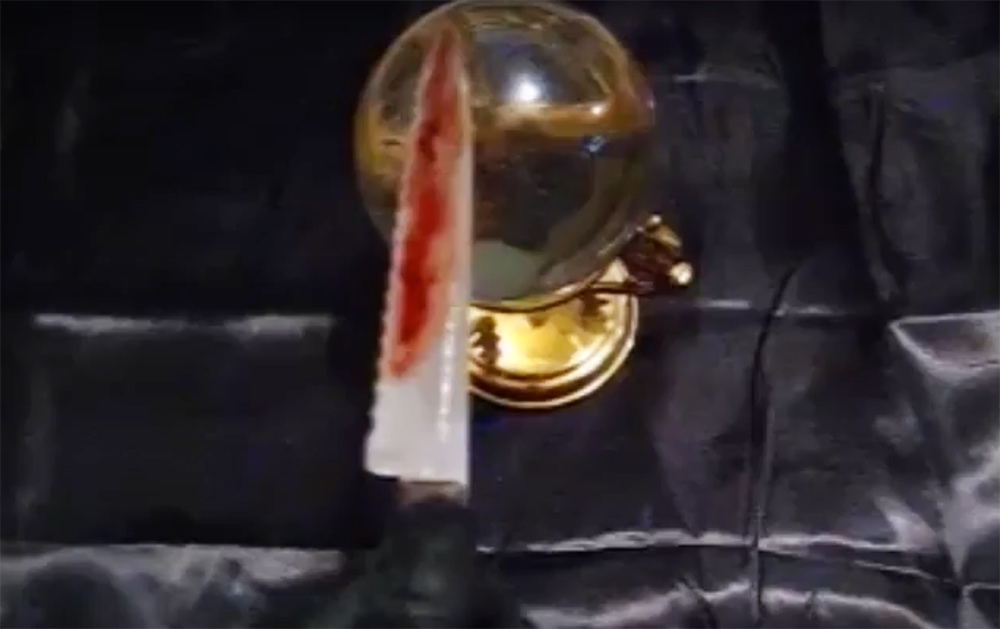 We know from looking at such films as Robert Wiene’s “The Cabinet of Dr. Caligari” that this love affair between horror and art house and experimental cinema goes back to the genre’s earliest cinematic beginnings — and has continued to resurface throughout horror’s cinematic history up into the present day. What is it about the art house and experimental cinema that you believe invites the exploration of macabre, horrific, psycho sexual, and esoteric subject matter?

The experimental art house genre is very open-ended to begin with, and it invites creative people to explore any concept or idea without restraint or boundaries which is very liberating and thrilling. Furthermore, it just so happens that many creative people have been influenced over the years by classic horror films and various movie directors and they want their chance to show the world their unique vision of cinema but without the restraints of mainstream filmmaking. 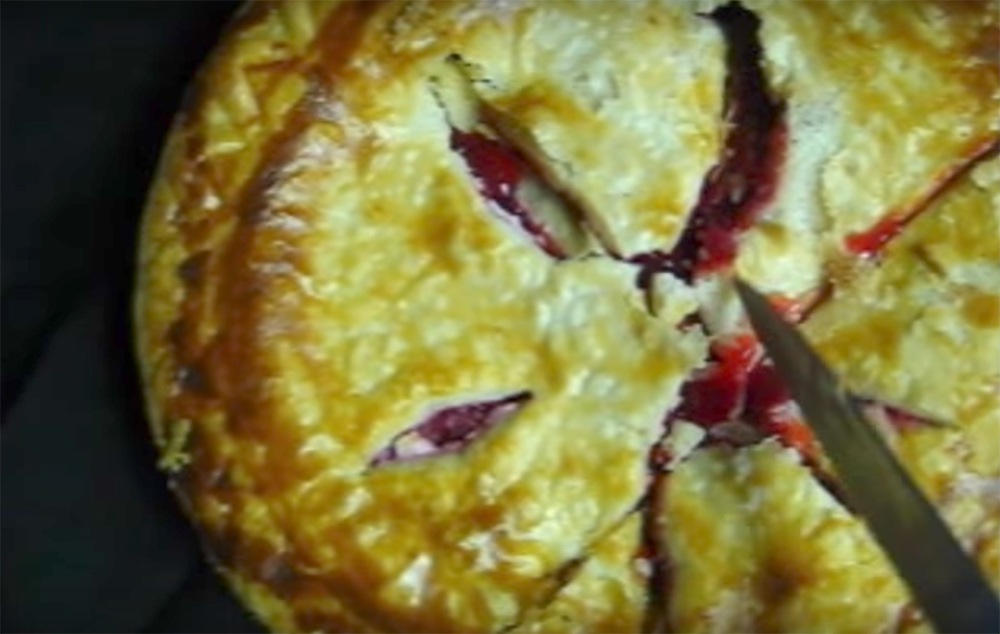 You said in your response to the review my friend Josh and I did of your film “Black Satin Seance” that “The next film
will still be very low budget but it will likely have shorter scenes, more variety of imagery, and there will likely be some peaks and climaxes added in”. Has work started on this film yet, and if so can you give any details?

Yes, I have started working on my next short film. I will compose and audio engineer all of the music for the score. There isn’t a film title yet. It will be avant-garde giallo themed and have all of the signature elements of my prior films. The film is shot from a first person perspective, and there might be some narration or even a soliloquy. There will be a lot of extreme close ups. Any ideas that I wasn’t able to use in my prior projects will be used on this current film and for future films.

I’m always interested in evolving as a filmmaker and learning new techniques, as well as experimenting with different strategies for using special effects and transitions. When it is finished, people can watch it on my YouTube channel and can also donate. It will probably be released before the end of 2017. 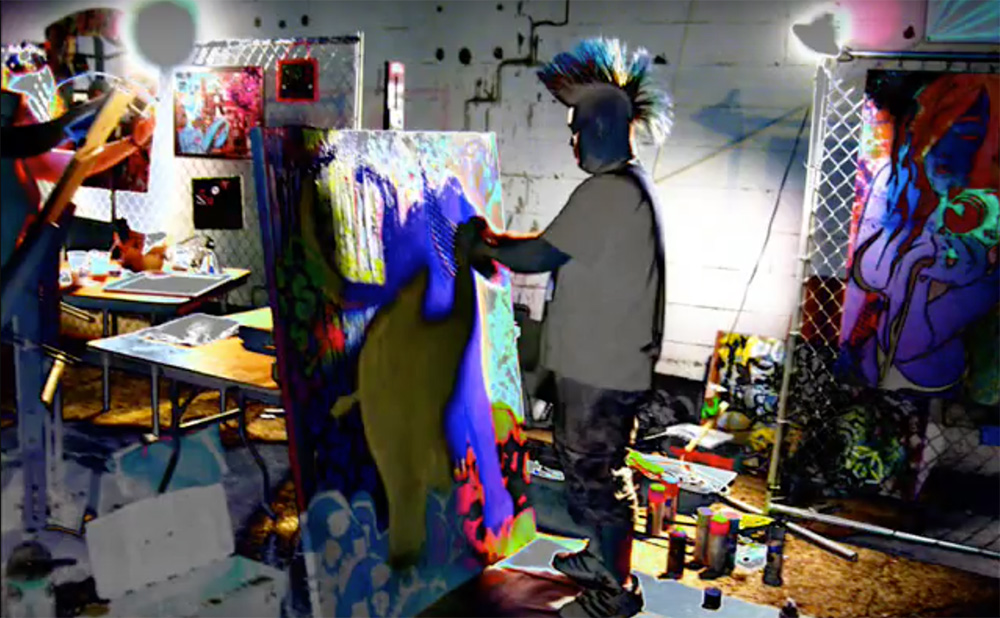 I feel inspired by the proliferation of creative people who are putting their cutting edge ideas into action and making contemporary films. I’m eager to watch what others are creating. Due to advancements in technology and social media, it is easier now more than ever for creative people to create contemporary digital art house and experimental cinema. Anyone with talent can create a film and market it online and gain a following, which is absolutely amazing. Our world is a very dark place. We are constantly surrounded by the macabre, and it feels liberating to transform what we are surrounded by into creative projects that are very entertaining and stimulating to watch.