We talk with talented actor Sean Patrick Flanery about his newest film, The Evil Within, and other exciting projects

I got a chance to meet the handsome Sean Patrick Flanery (Dexter, Boondock Saints) at Walker Stalker Con last week and talk about his experience working on the recently released horror flick The Evil Within.

The film, for those of you that don’t know about it, was a weird and long journey. Andrew Getty, the writer-director and heir to the Getty oil fortune, had no filmmaking experience, spent several years shooting his nightmare-made-real film, sinking several million dollars of his own money into the project. He then spent several more years alone in his house, in post-production, allegedly trying to get the film’s many SFX shots just how he wanted them. Getty died in 2015 at age 47, from complications of his meth addiction, with his film still unfinished. 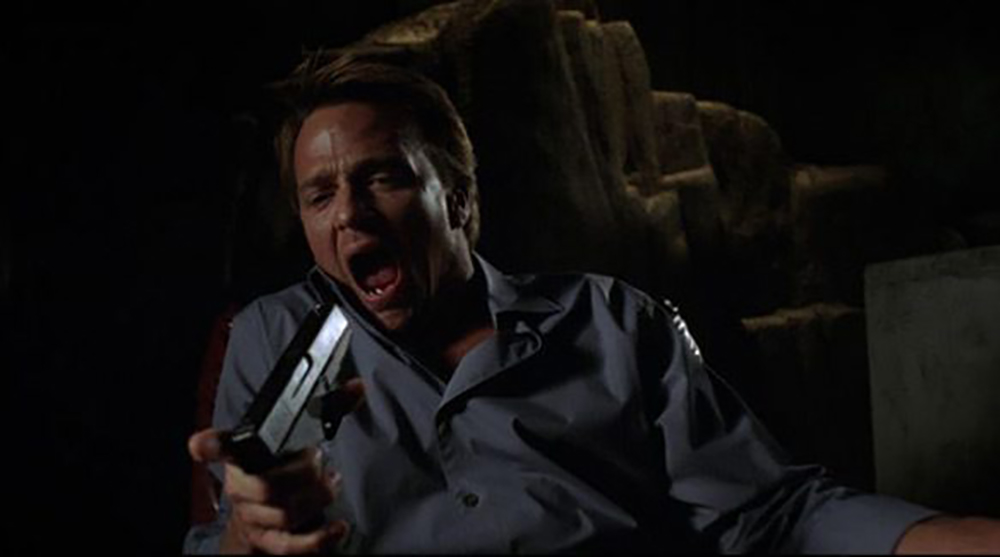 Sean Patrick Flanery in ‘The Evil Within’

Completed by producer Michael Luceri and released this year, 15 years after it began, The Evil Within stars Frederick Koehler as Dennis, a special-needs guy living under the care of his guilt-ridden older brother John, played by Sean Patrick Flanery. Dina Meyer, who you might remember from the Saw franchise, plays John’s girlfriend Lydia and pushes John to put Dennis in a care facility so they can have a normal life together. Horror icon Michael Berryman is also in this creepy film as the demon in the mirror that takes over the sanity of the hapless Dennis.

If you would like to read my Morbidly Beautiful review on The Evil Within…click here.

As a fan of this strangely compelling film, I’ve wanted to talk to someone about what happened behind the scenes. The characters are so unlike real people, they are truly surreal. I felt like I was watching someone’s nightmare or acid trip. It is a movie that I truly couldn’t stop thinking about. Sean Patrick Flanery gave me some insight into his experience, but admitted he still had not seen the film, He didn’t even know until recently that it was out.

Los Angeles Zombie Girl: Hi Sean, thanks so much for talking to me. I wanted to talk to you about your experience making The Evil Within. I loved the strange creepy film. Have you seen it yet?

Sean Patrick Flanery: “I’m really intrigued to finally watch it. But no I haven’t even seen it yet. I just saw on Facebook that it came out. We shot so many different variations of things, that of all the movies I’ve ever done, that is the one I’m most intrigued by, because there’s so many different ways it could be cut together.” 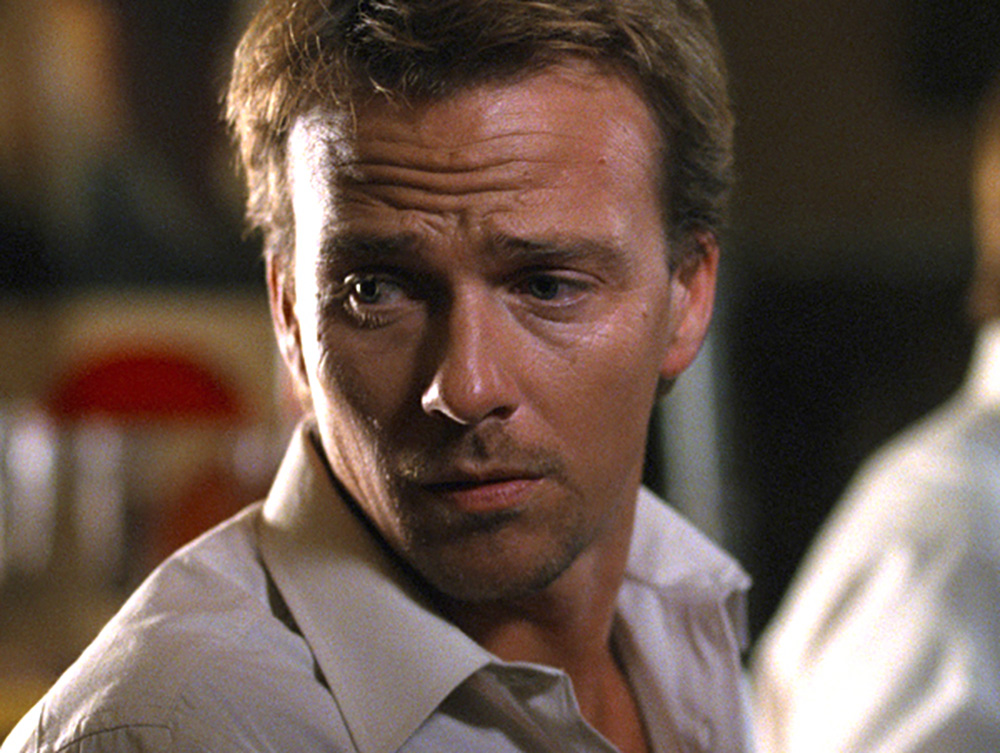 LAZG: What was it like working on The Evil Within?

SPF: “I had a great time. I liked everyone, including Andrew, Dina and Fred. I had a terrific time on it, I really did. I’m interested to see this film because I’ve never waited 15 years to see something that I shot. We didn’t even think it would come out. Basically, we shot the film and we were called a year later to shoot more footage, then like 6 months after that they called us to shoot even more footage.”

“It was so different, we didn’t even know where these scenes would fit into the story. They were just random scenes. I have no idea what the finished product is going to look like. We would shoot 90 pages, then we would come back and shoot another 15, then another 30, then another 20.  So, we end up with over 200 pages of footage and we don’t even know how it’s going to be assembled. I am beyond intrigued to see the final cut. You aren’t the first person to tell me it was amazing.  People have told me, ‘Holy Shit, that was a surprise find!'”

LAZG: Since it took so long to shoot, I heard there were different crews over the years.

SPF: “There were a lot of different crews; a lot of different people came and went over the years. That was one of the main reasons we weren’t even sure it would see the light of day. And now here it is!  I just did ADR for the film 2 years ago, to re-loop some dialog, like if there was plane flying over. 15 years ago, I’m sure my voice sounds different. I mean it’s been 15 years!”

LAZG: Having seen the movie twice, I was still confused by some scenes. For example, why were you suddenly paranoid, acting like you and your girlfriend didn’t see anyone you recognized in town?

LAZG: Did you have a favorite part of working on the film?

SPF: “Yes, during that movie, is when I found Donut, my dog. Donut has been my best friend for the last 15 years. I found Donut on that movie, or that’s the movie that Donut found me on. In my opinion that was one of the most special moments about that film.” 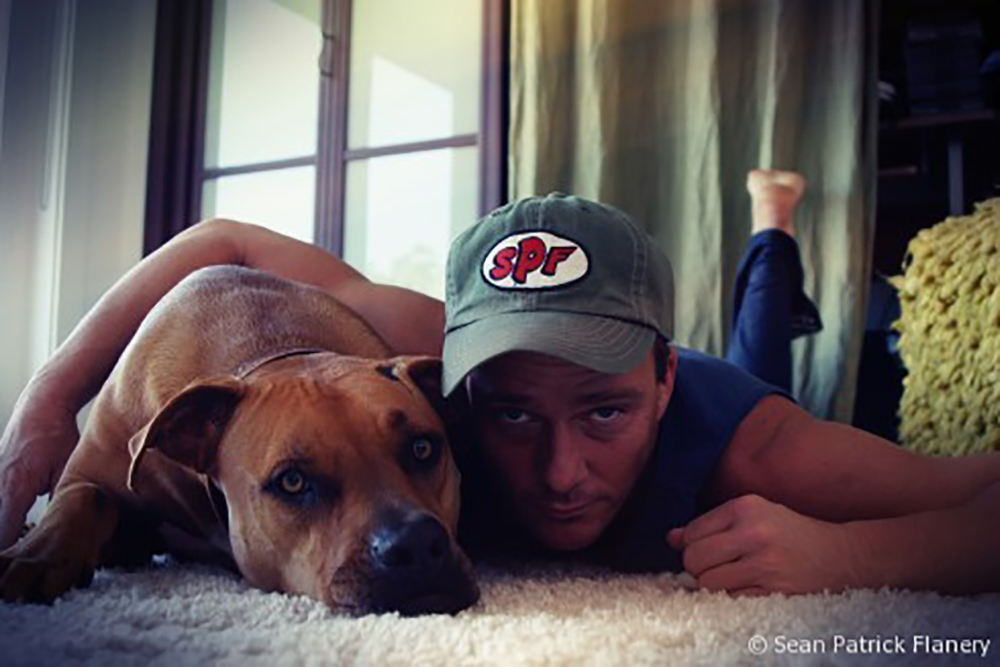 LAZG: Do you have any other projects coming up?

SPF: “The paperback of my book Jane Two just came out 5 days ago, so I’m doing a press tour for that. The horror movie Johnny Frank Garrett’s Last Word came out about a month ago. And I have another thriller film called Unhinged, that’s gonna come out this summer. It’s a scary, scary, violent, kind of social experiment, with an extreme personality.”

(LAZG’s note: Steve Walsh, the character Sean plays, lives the high life, but it’s a life built on the ruin of others. Eric Balfour also stars in UNHINGED as a man with nothing to lose and wants retribution.)

LAZG: Are you the bad guy? The one we should be afraid of?

SPF: “Yes, that’s me, if I did my job well. Unhinged is in the final stages of editing.”

LAZG: Since I write about horror, I need to know what’s your favorite horror movie?

SPF: “The Exorcist, because its cerebral, and it’s not just, ‘let me show you 8 different ways to cut up flesh’. I’m less impressed by the lacerations than I am the process that it takes another human being to make the lacerations. Those are the type of horror movies that keep me intrigued more. It was so unique and so unusual and everyone did such a good job, everyone has to see it.” 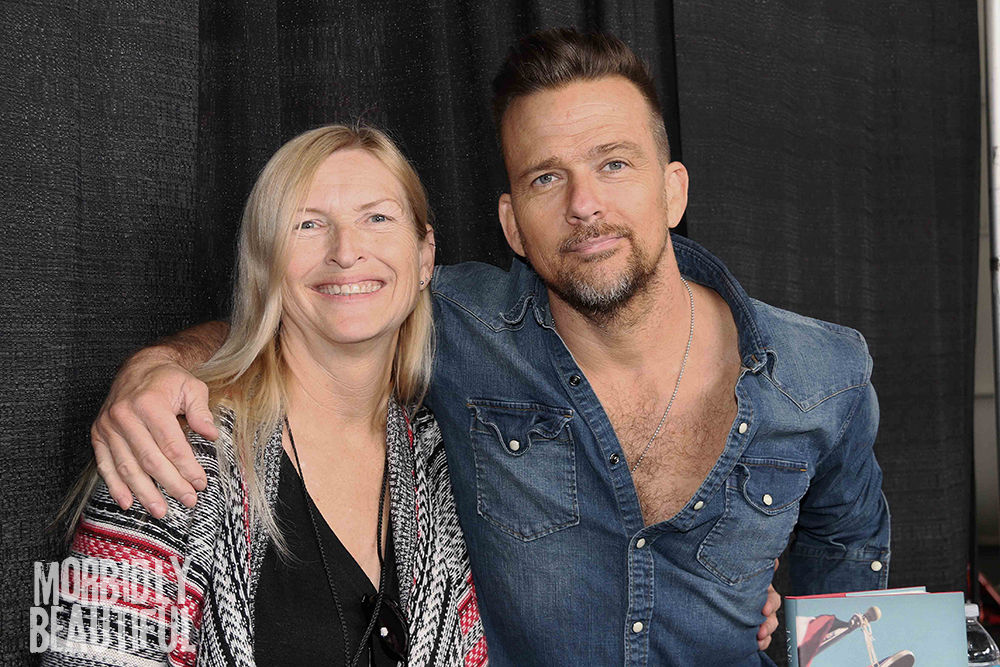 Thanks Sean for a wonderful chat! So, horror fans, you have three movies you need to see: The Evil Within, Johnny Frank Garrett’s Last Word. Plus, look for Unhinged this summer. Sean’s coming-of-age debut novel, Jane Two, looks interesting too. Buy it on Amazon!