“What if all your dreams came true?”
“We have to fix our brain.”
“When you are sleeping at night, I’m the one who whispers in your ear.” 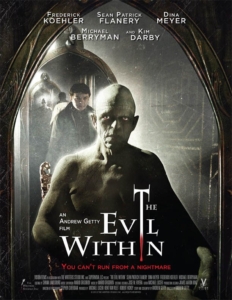 We all have wondered at least once what it would be like to be rich. I mean Beverly Hillbillies rich. Big mansion, all the money you would even need and the freedom to spend it. But then you look inside some of those lives, like the Kardashians or Howard Hughes, and you see the weird realities and pressures of being one of the elite.

Case in point here is Andrew Getty. The heir to the fortune of oil millionaire, J. Paul Getty, Andrew was one of the weirdos in the millionaire world. His movie The Evil Within was finally just released, 15 years after he started making it. He spent millions of dollars on this project. And, oh yeah, he isn’t with us anymore, having died from the serious complications of being a meth addict.

The Evil Within has garnered mixed feelings from the press and fans alike. This movie is definitely what it appears to be, the nightmares of a methamphetamine addict. I must say though, I really enjoyed the dream-like movie, for its absolute strangeness. I can see it becoming a cult classic in the midnight theater circuit! 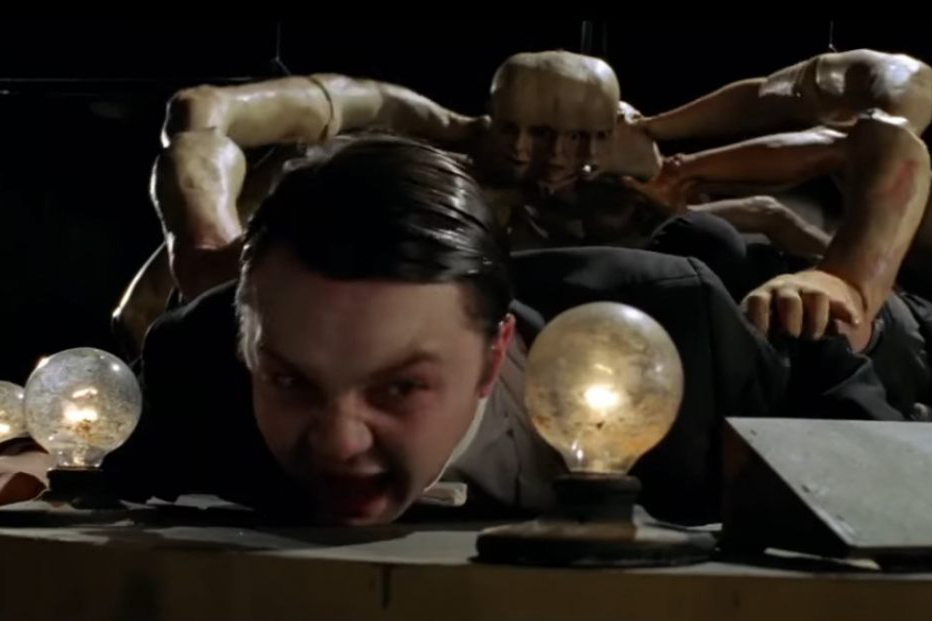 The Evil Within is a creepy, disjointed and sadistic string of nightmares that a sad and lonely mentally challenged young man named Dennis lives with daily. Dennis (Frederick Koehler) finds a friend inside the reflection of an old antique mirror that his smarter, better-looking brother, played by Sean Patrick Flannery (Boondock Saints) puts in his room. Whether he was actually possessed by his alter ego in the mirror, or he’s just crazy, is ultimately left up to the audience to decide.

Our protagonist, Dennis, goes from being a regular handicapped guy, evolving into a creatively strange serial killer — because the guy in the mirror tells him it will make him smart. Starting with cats and dogs, he moves on to human victims fast. Is the guy in the mirror just his real dark inner self, or has he been taken over by a demon? We see both sides, but which is real? 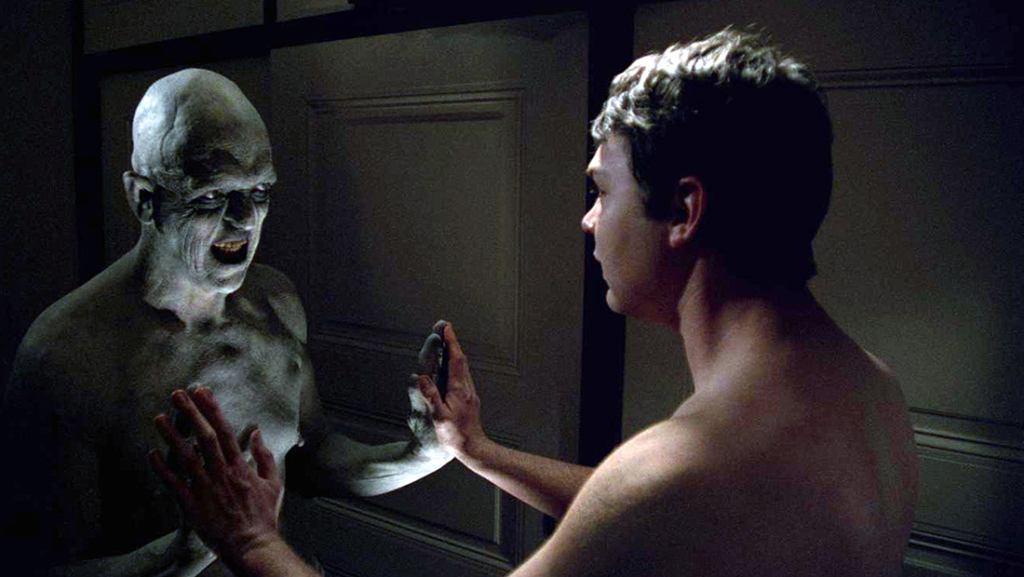 An amazing Michael Berryman (The Hills Have Eyes, One Flew Over the Cuckoo’s Nest), plays the demon in the dark side of the mirror, and he is definitely what nightmares are made of. Biting off his own fingers to use his bones to slit a throat? Unzipping Dennis’ back so he can crawl inside him? Gnarly!

Having watched ‘The Evil Within’ twice now, the film has really grown on me. I admit, some parts of the movie seem to be missing scenes that would answer the constant questions I had. I think maybe they just never got shot, and it’s too late to fix that now. I really was ok with that, because despite the problems, I was still intrigued. There are parts that I’m sure were not meant to be funny, yet were. There are times when I felt like I was walking straight into an acid trip someone else was having, and that only came from the serious dedication Getty made to bringing his real nightmares to life. (Maybe the drugs, too!)

Some of the special effects and crazy camera angles were just plain genius! Drilling into a head and blowing the insides out with a fire extinguisher is something I’ve never seen before. Bringing the camera into a habitrail full of hamsters, for no obvious reason, was weird but cool. The fact that he spent huge amounts of money building an animatronic octopus that plays the drums, and explained in the movie how it worked, was some real dedication to his craft. (Or obsession caused by the drugs!)

Even if it was politically incorrect, the performance of Dennis by Frederick Koehler was amazing, and he really put his heart and soul into it. It had to be difficult being one of the few people who didn’t walk out during the endless trippy ride to get the movie down on celluloid.

I love the quirkiness, and the obvious inexperience of the writer/director/editor made that understandable. Most everything was done by Getty himself, at his house, alone. The fact that he made this movie without the politically correct filters that most movies are made with made it honest in a crazy sort of way. It is unique, original and inappropriate — with no real redeeming qualities except that this was someone’s life work, and it blows my mind.

I feel like Getty himself had a lot of deep-seated rage and may have been mentally ill (we know his brain was being melted by drugs), and it all comes out in his one and only film. This would never have made it through a major studio. I’m truly happy that producer Michael Luceri felt strongly enough about finishing the movie posthumously for Getty so horror weirdos like me could have another strange favorite.

So, bottom line, this is a movie to have fun watching.

It is so strangely unique that it ends up being a great watch. Get some friends, some drinks and sit down for an entertaining, if weird trip. It’s the carnival haunted house ride that never ends, and you will definitely have things to talk about when it’s over. You may want your money back, but you will not soon forget it. And if you happen to be in Scotland, The Evil Within will open this year’s Dead by Dawn International Horror Film Festival.  April 20-23, 2017. I personally caught it on Amazon Prime.