A chat with Srdjan Spasojevic, the mysterious man behind one of the most infamous and controversial horror films of all time, A Serbian Film. 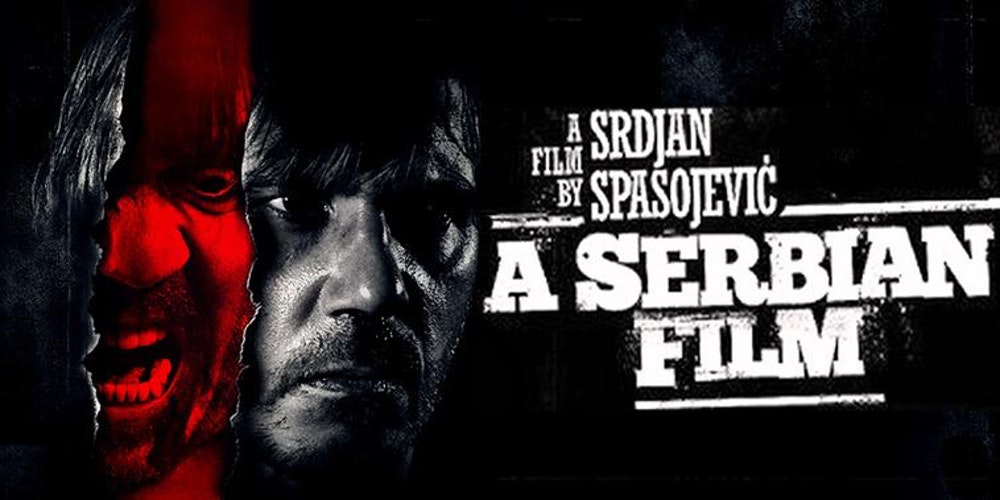 About two weeks ago in Los Angeles, an event unlike any other highlighting extreme horror took place, courtesy of Stephen Biro.  In anticipation of Unearthed Films releasing the brilliant newly restored 4K Blu ray complete with drool-worthy extras later this year, The Serbian Film Exhibition was unleashed.  It was a marvelous affair, giving folks the opportunity to revisit the film and hear an insightful Q & A with Director Srdjan Spasojevic and star Jelena Gavrilovic.

Attendees also got the chance to see up close and in person the incredible array of screen used props, costumes and storyboards — all which were available to bid on during the auction, until Ebay decided to show just how uptight they really are. The mega multinational corporation that facilitates electronic commerce was having no part of this occasion and abruptly pulled every item (even the stuffed animals, for fuck’s sake) from the Serbian Film auction.

Biro is currently working on a solution to continue the online auction and urges participants to sign up for the newsletter on http://www.aserbianexhibition.com to keep informed. Fans can still grab a limited number of 16”x11” original storyboard pages which come signed. 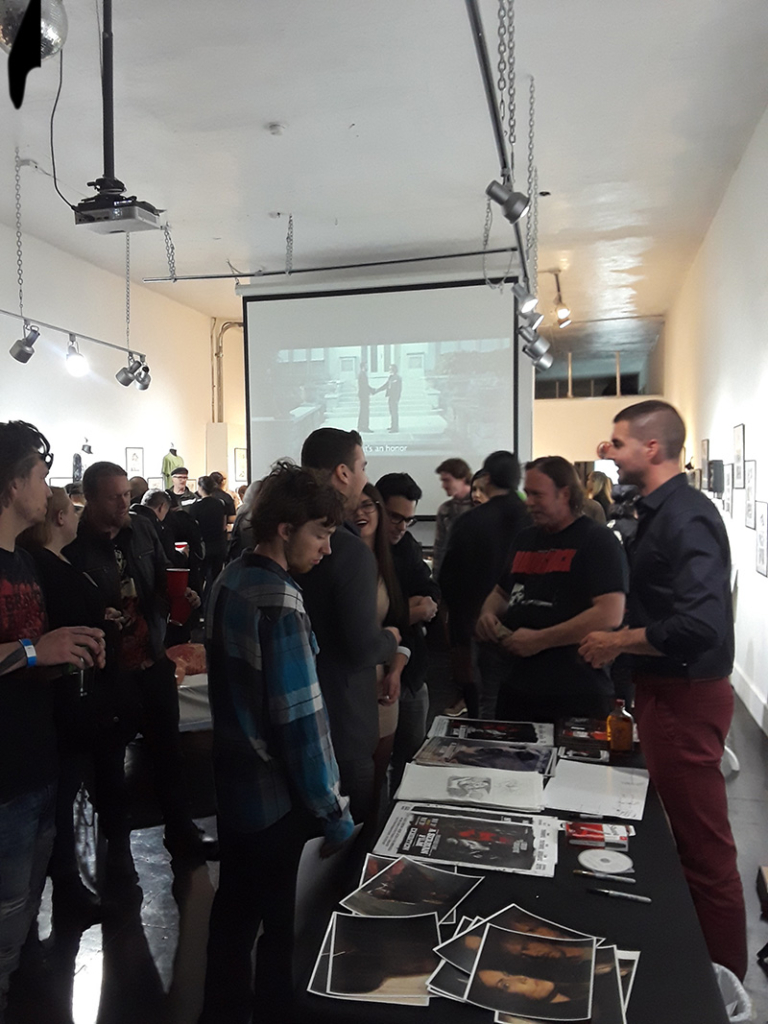 This most recent setback is merely added to the list of complete bullshit Spasojevic has endured since completing his first feature. I often wondered how he felt about the massive amount of love and hate directed towards his creation, the endless misinterpretations coupled with censorship and the inability of some to recognize the valid feelings he wished to express through the film. It seems like it was a long, tedious, and exhausting journey for Srdjan to complete this movie and, later on, to have it accepted and screened at film festivals around the World.

I do believe, that if I had to deal with all Srdjan has had to, I would become bitter and disillusioned.

I don’t know if I would remain adamant about a career in filmmaking. Luckily for us, he is not an overly sensitive pessimist perhaps say, like me. Instead he is a seemingly determined, talented, and uncompromising man. A man I was very much excited to finally meet after years of enjoying his work and defending A Serbian Film over and over again, like it was my own mute child who couldn’t speak up for itself.

I will admit, I was a bit anxious because I had no idea what to expect from Spasojevic. What I had seen and heard from him prior, sadly, led me to think he would maybe prove to be somewhat difficult to converse and/or connect with. Definitely not because of a language barrier, because the guy can speak perfect English, but because he is a rather reserved fella. Some may even describe him as being stoic, and this in return creates a slight mysteriousness about him. 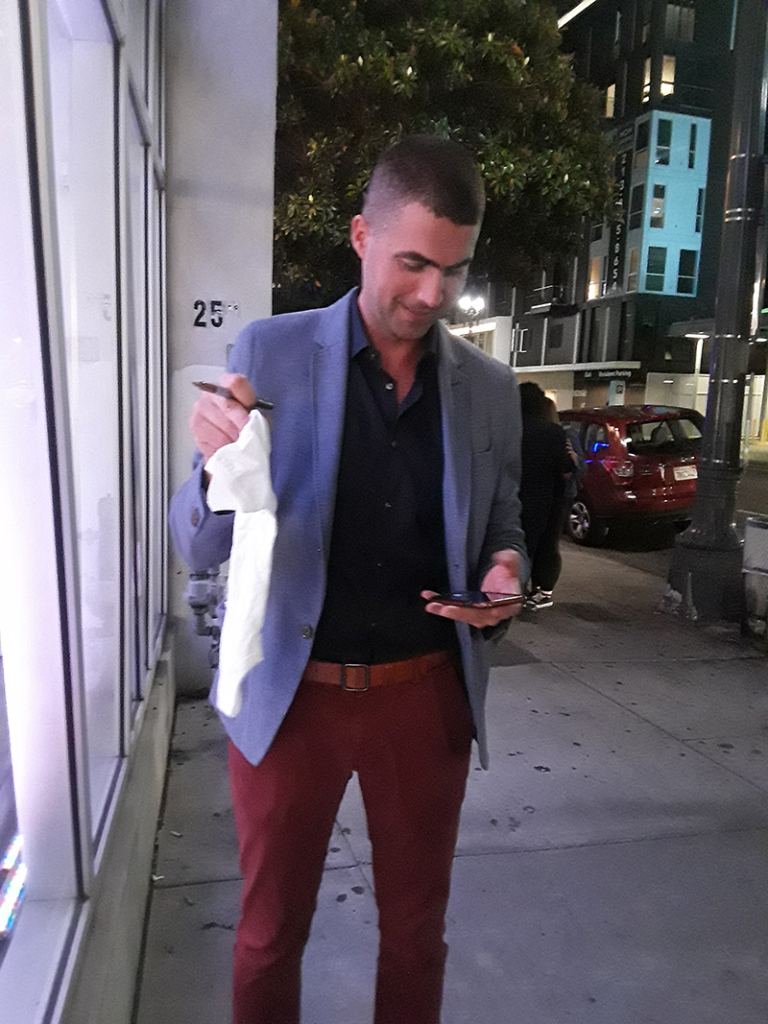 But he wasn’t difficult at all to talk to and ended up being very approachable. I came to the conclusion that he is a man of few words because he appeared more thoughtful than most with what he said, often pausing before he answered someone — as to truly find the best and most direct response.

There was no unneccesary filler phrases or remarks, but I hope you don’t define these characteristics as anything negative, because the dude was cool. Srdjan laughed about the item I had brought for him to sign (a newborn sized baby onesie), and later on in the evening he even joked about it again and took photos with myself and my constant companion in everything Horror, Tiffany. I remember seeing in a past interview, someone asked Srdjan if people randomly yell “Newborn Porn!” at him. He replied with a slight chuckle, “No, not here in America, but in Serbia, yes. It has happened a few times.”

The man responsible for one of the most brutal, hotly debated, and unforgettable movies ever to be committed to film, Mr. Srdjan Spasojevic, graciously takes a few moments and answers a couple of questions. 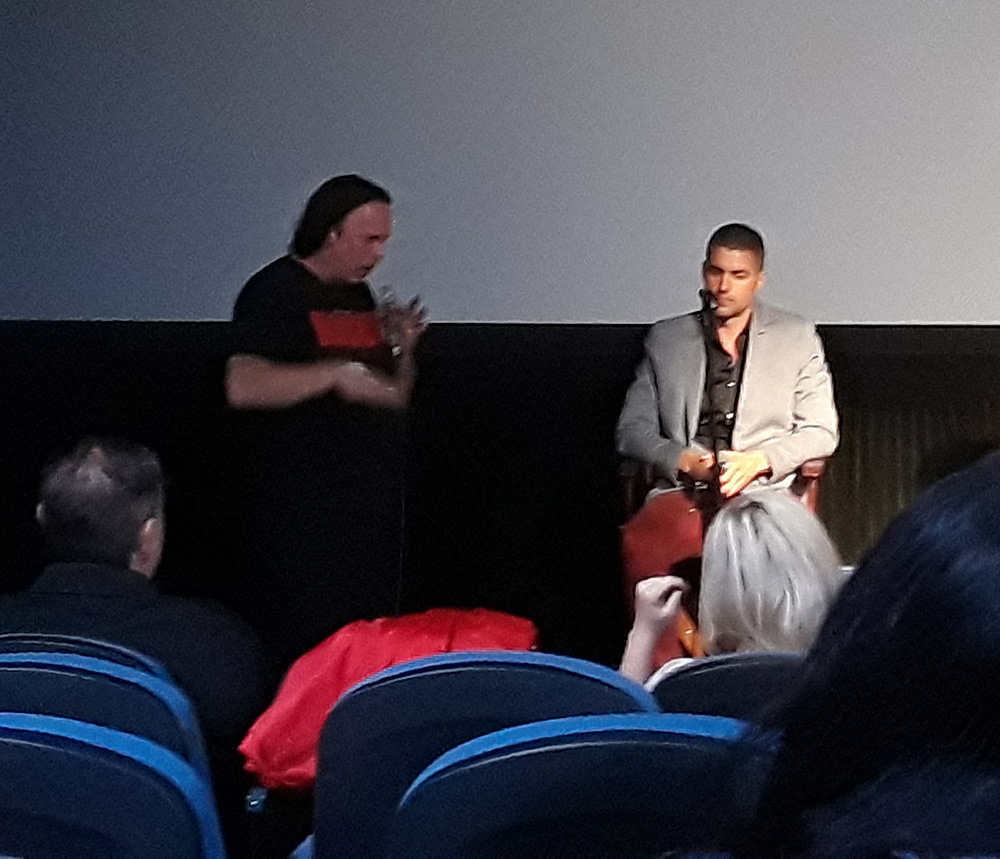 Danni Darko: A Serbian Film was your first film ever, and your second effort was featured in the anthology ABCs Of Death (R is for Removed). Neither appear to be an entry created by a rookie filmmaker. Have you always aspired to make movies?

Srdjan Spasojevic: Thank you for your kind words. I have always been a big movie lover. As a young kid I was watching few movies a day, and sometimes had to hide ‘cause it was way pass bad time. 🙂 I was fascinated by that fantastic world from the start, I was sucked into it, and here I am.

DD: How does it feel to have your movie described as “one of the most disturbing films ever made” and being equally hated as well as celebrated?

SS: It’s a distorted trend of political correctness to call everything controversial and disturbing these days. People still can not agree if the breastfeeding in public is disturbing or not. So, in that kind of crazy World, any free thought and free voice will be not fitting. I’m satisfied with the reception of ASF, especially in US, all problems aside.

If everyone were to like my film, it would mean I did something wrong. Film delivered the punch, and the World is punching back — that’s the name of the game! Were the various cuts in different regions, the banning in some countries of ‘A Serbian Film’ frustrating? Of course it was. Rusty-minded bureaucrats explaining to you how your work should actually look like and ac