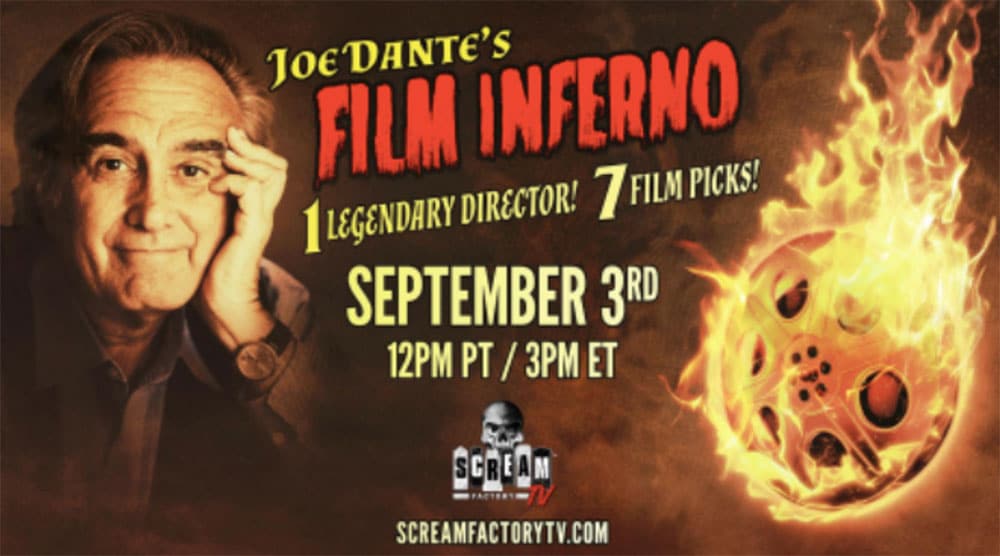 On Saturday, September 3rd, legendary filmmaker Joe Dante (Gremlins, The Howling, Innerspace) will be curating a day of monstrous mayhem from the vast list of Scream Factory titles! Watch along with an all-time horror master as he provides new intros for each pick and explains why these devilishly diabolical films are near and dear to his heart.

Most recently, he directed a segment of the wickedly fun anthology film Nightmare Cinema.

Dante also has a wealth of television credits, including Twilight Zone and Masters Of Horror. He co-created and produces the film website Trailers From Hell and its spin-off podcast, The Movies That Made Me.

Have you ever wondered what films helped inspire the all-time horror greats and modern masters of horror? Then you won’t want to miss this incredible marathon featuring seven of Dante’s favorite classic horror films.

The event will be simulcast on Scream Factory TV and the Shout! Factory TV app (available on most streaming platforms). 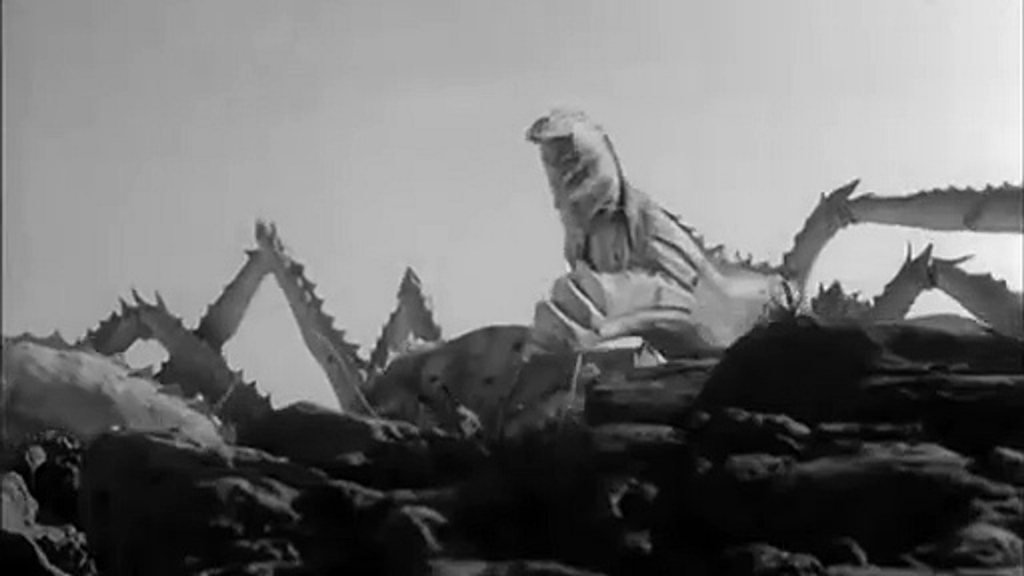 Attack of the Crab Monsters is a 1957 black-and-white science fiction-horror film, produced and directed by Roger Corman, starring Richard Garland, Pamela Duncan, and Russell Johnson. The film was originally part of a double feature showing with Corman’s Not of This Earth. It’s about a second scientific expedition that is sent to a remote Pacific island to discover what happened to the scientists of the first. Unknown to them when they arrive, the island is inhabited by a pair of radiation-mutated giant crabs that not only consumed the members of the first expedition but absorbed their minds to reproduce their kind in numbers. 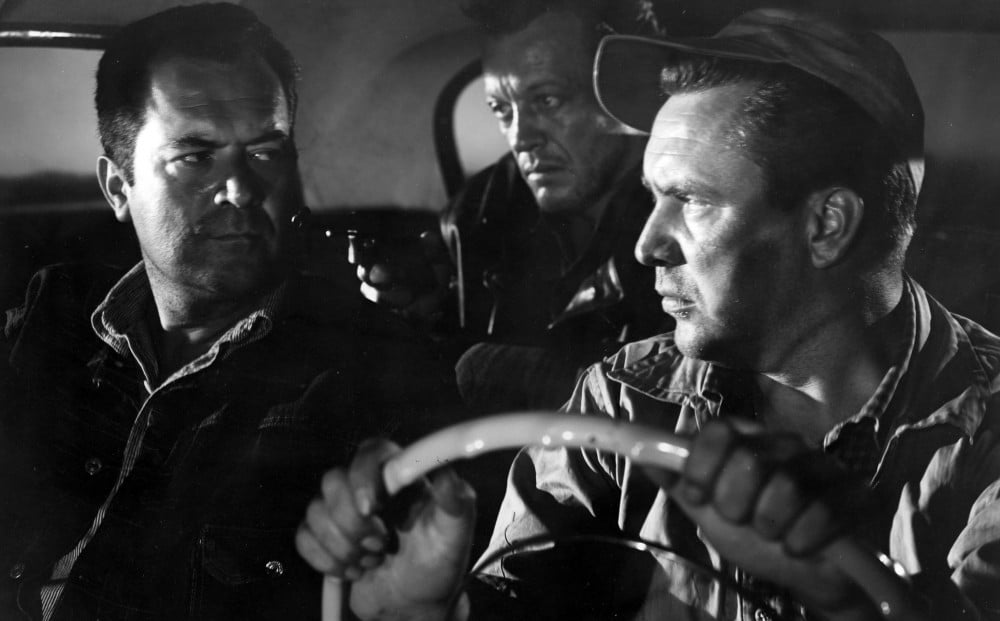 Co-written and directed by Ida Lupino, The Hitch-Hiker is about two friends taken hostage by a hitchhiker during a road trip to Mexico, loosely based on the real-life murder spree of Billy Cook. It was the first American mainstream film noir directed by a woman. 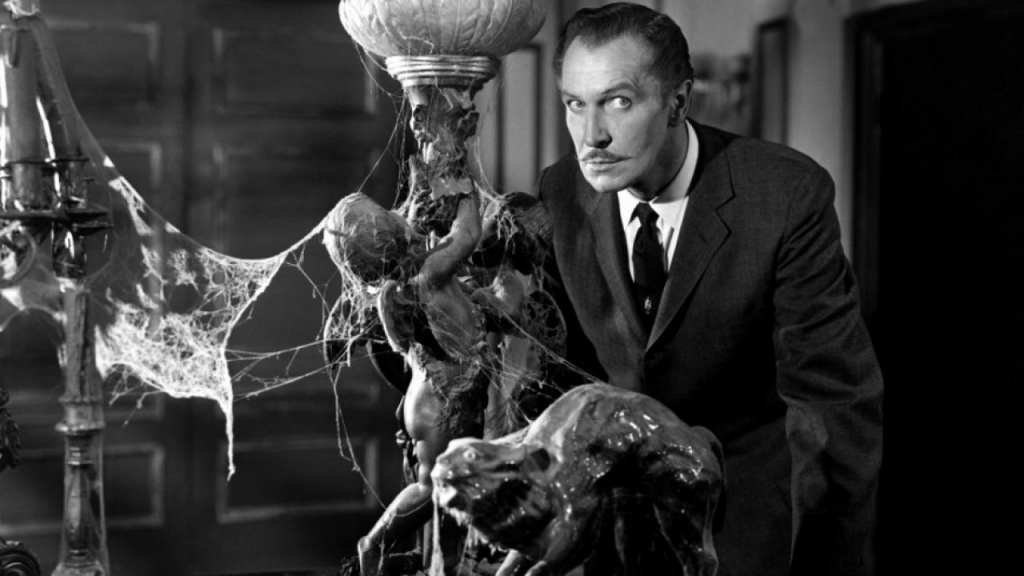 A William Castle classic, House on Haunted Hill stars the legendary Vincent Price, alongside Carol Ohmart, Richard Long, Alan Marshal, Carolyn Craig, and Elisha Cook Jr. Price plays an eccentric millionaire, Frederick Loren, who, along with his wife Annabelle, has invited five people to the house for a “haunted house” party. Whoever stays in the house for one night will earn $10,000. As the night progresses, the guests are trapped within the house and forced to try to survive an assortment of terrors. 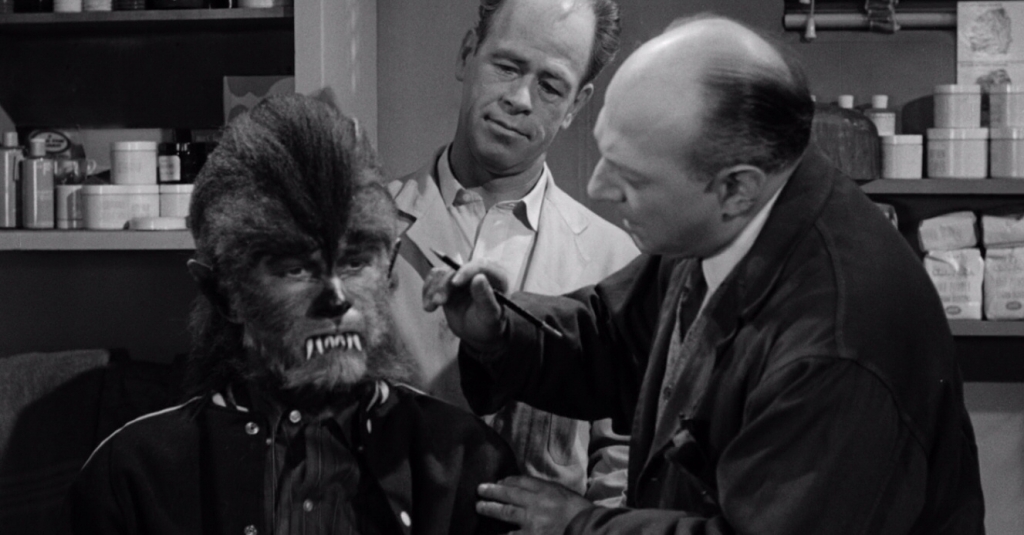 How to Make a Monster is a 1958 American horror film drama written by Herman Cohen and directed by Herbert L. Strock. It was released as a double feature with Teenage Caveman. The film is a follow-up to both I Was a Teenage Werewolf and I Was a Teenage Frankenstein. Like Teenage Frankenstein, a black-and-white film that switches to color in its final moments, How to Make a Monster was filmed in black-and-white, and only the last reel is in full color. King of the Zombies is a 1941 American zombie comedy film directed by Jean Yarbrough and starring Dick Purcell, Joan Woodbury, and Mantan Moreland. This B movie juxtaposes its spy and zombie story with zany characters and slapstick comedy. 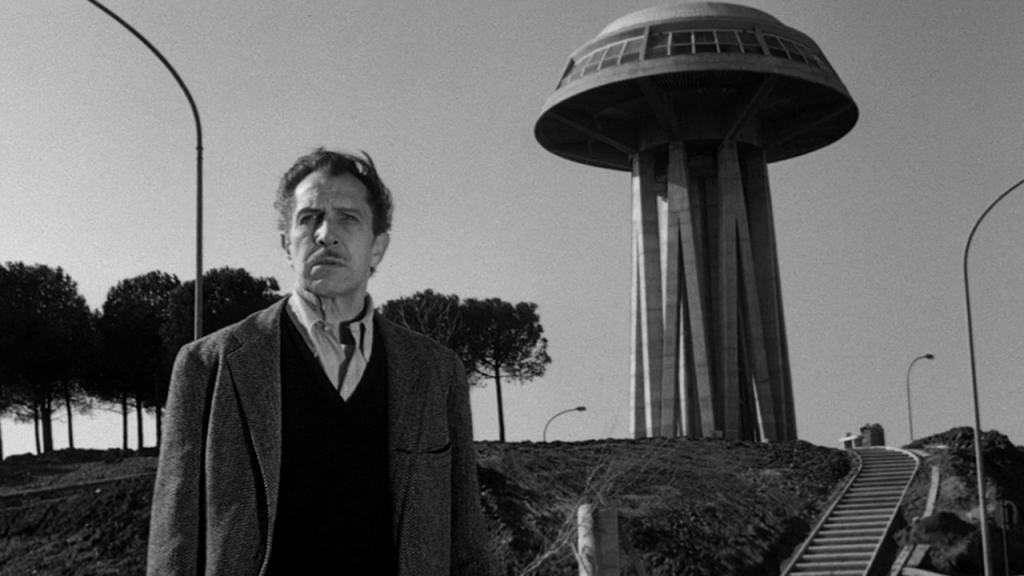 The Last Man on Earth is a 1964 post-apocalyptic science fiction horror film based on the 1954 novel I Am Legend by Richard Matheson. Filmed in Rome, it stars Vincent Price as Dr. Robert Morgan, seemingly the sole survivor of an apocalyptic plague that has turned everyone into undead, vampiric creatures. Every day, Morgan goes out to hunt as many vampires as possible before returning home to lock himself inside for the night. But one day, he discovers he may not be alone, and there may be hope to cure the damned. 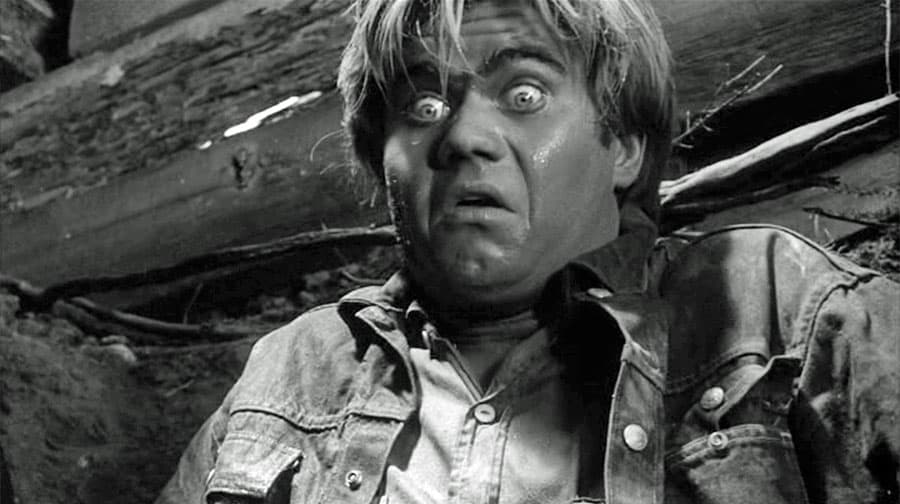 The Sadist (also known as Profile of Terror and Sweet Baby Charlie) is a 1963 American exploitation film written and directed by James Landis. In the film, three high school teachers are driving to a Dodgers game. But car trouble forces them to pull off to a gas station on the side of the road. When they seek help, they encounter a man named Charlie Tibbs, wielding a Colt .45,  and his semi-mute teenage girlfriend Judy. Charlie proceeds to torture and terrorize the stranded friends. The film is loosely bas