We talk with talented and hardworking actress and indie darling Tommie Vegas about her career, her love of horror, and her latest film “Party Night”. 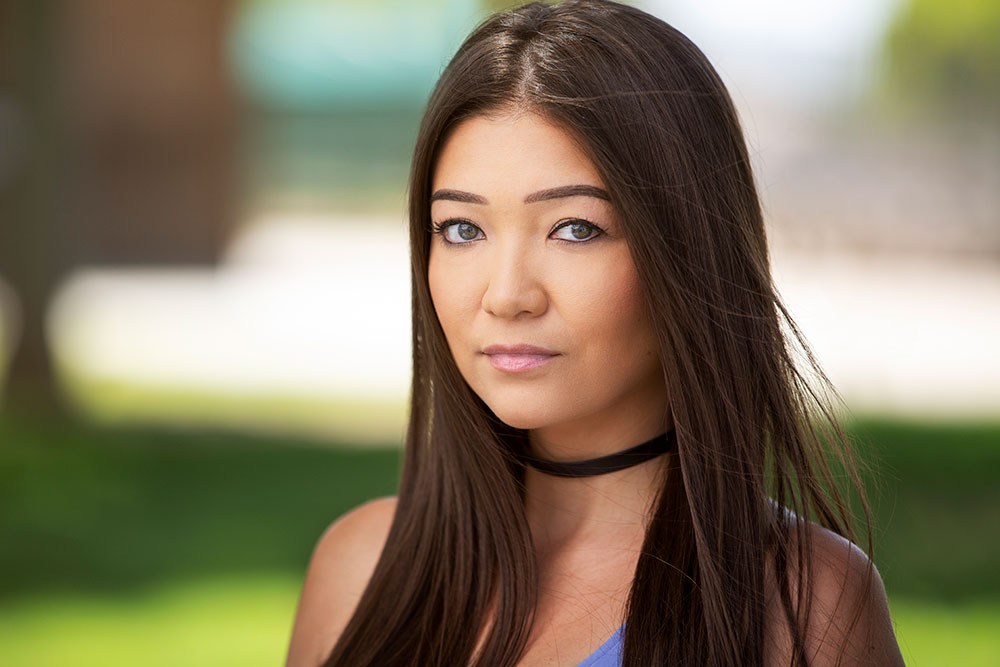 Tommie Vegas is one of the busiest indie actresses on the scene today. As listed on her IMDb page, Vegas has accumulated an impressive 18 film credits in various stages of production in the past 2 years alone. No stranger to performing, Tommie has been involved in pageants since she was baby and grew up taking part in gymnastics, choir, dance, and her local church theater group all by the beginning of her high school years. Realizing her passion to entertain, Tommie has fully embraced a career in acting and is just getting started!

The talented Native American actress recently had her film Party Night, a fun, blood soaked love letter to 1980s slasher movies, released on home video. To celebrate this release, I had the pleasure of speaking with Tommie about Party Night, her promising career and much more. 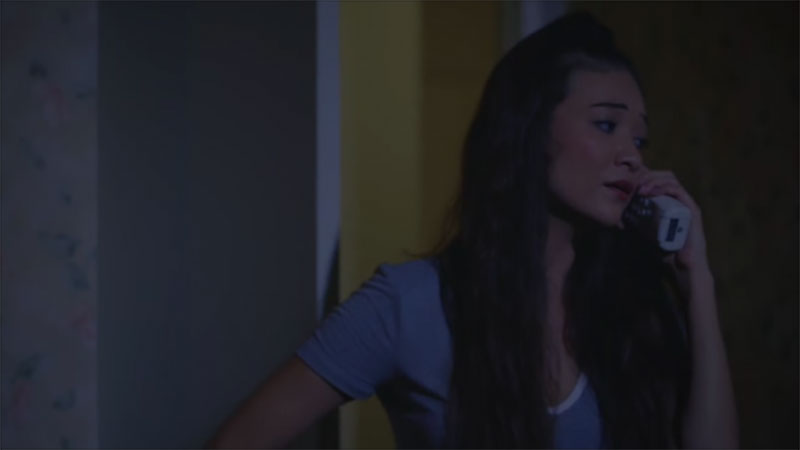 1. Tell us about Party Night and the character you play in the film.

Party Night is this amazing love letter paying tribute to so many past teen slashers we all know and love from the 80s, and even into the 90s. I play Molly who is this fun-spirited, life of the party kind of gal who can appear a little shallow but has a huge heart for those close to her. She keeps a tough exterior due to her own insecurities in life and love, but you can not help but love her to the fullest! Molly is still very near and dear to me and I will always cherish the memory of playing her!

2. Did you watch any slasher movies to prepare for Party Night? If so, which ones did you watch and is there a specific character that you modeled yours after?

I’m very familiar with many 80s and 90s slasher flicks, having grown up on them myself, so I didn’t have to watch any in order to prepare. In fact, when I first got the script and did my first read-through of it, I picked up on every single nod to all these films I loved and adored growing up and was ecstatic! I didn’t go in thinking I would model Molly after anyone specific you’ve seen in previous films, but I felt a strong connection to many you’ve come to know and love. 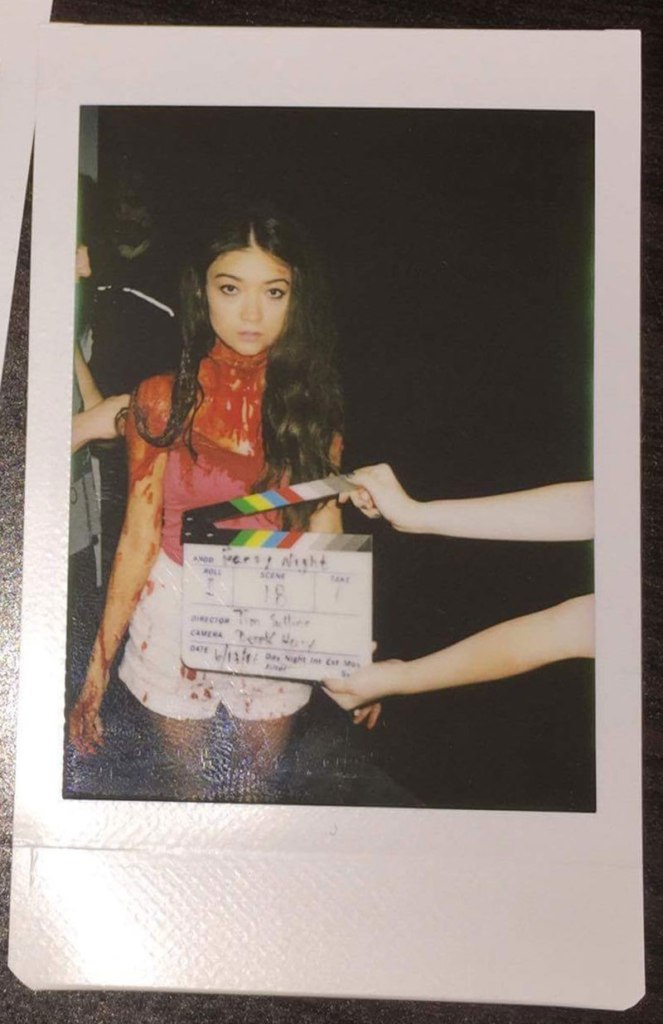 Molly was written extremely well with a strong sense of who she is and what role her character played in this group of friends, so bringing her to life was super easy! I wanted people to hate her, love her and cheer for her and with some feedback from others, I feel I was able to Molly justice!

3. How was it working with first time filmmaker, Troy Escamilla? As an actress, what was your biggest takeaway from the shoot?

Working with Troy was awesome. As some know, we started our first few days with a different director and Troy ended up having to step in and take on that role. It totally worked out though, and we were able to make some serious magic. I think with Troy’s huge love for horror films as well, and having written Party Night, he had a true vision for where he wanted to go and take it from a viewer’s prospective — and made sure we all had fun in the process.

There was so much passion involved from every single person, especially Troy, that it all flowed so well. He did amazing directing for his first time, and hopefully we can work together down the road! 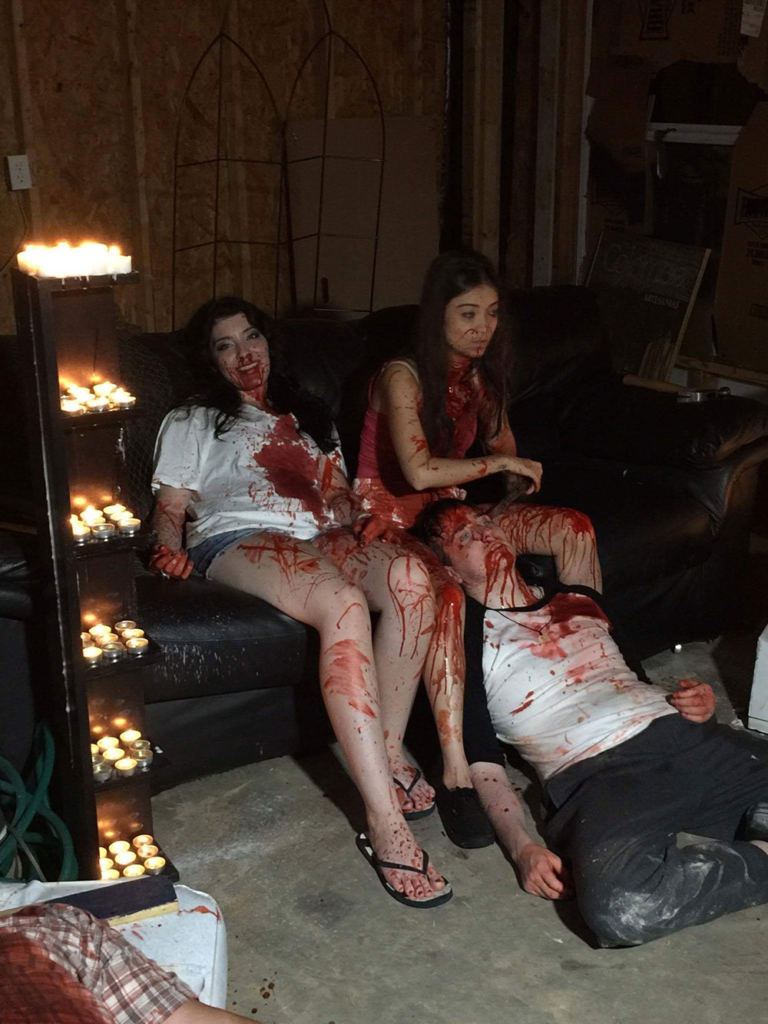 I learned a lot on this shoot, but one of the biggest was learning to work and play living on set with the cast and crew. It’s not every shoot you get to actually live with your entire cast, but it worked so well and we immediately built long lasting friendships! It can definitely be a hit or miss in that situation, but it was a definite hit here!

Often times, you find yourself going back and forth from set, studying at home or your hotel, going back, getting re-acclimated and that’s just how you work. It’s different living with everyone 24/7 and still having to take your time to put your work in during the off hours. It’s a process, but a wonderful one, and I hope more on-location shoots with casts from everywhere attempt to do the same.

4. You’ve indicated on social media that you like older movies. Why do you think that is? Also, aside from special effects, what in your opinion is the biggest difference between movies from, say, the 1950s and 60s and the movies of today?

Oh boy, do I love older flicks! Ever since I was a kid I have. I also really enjoy older music and fashions as well. I’m not sure there’s a clear reason why. I just tell people I was born in the wrong era, haha. Shoot, I even Lindy Hop (a type of swing dance). I’ll take a black and white flick with live orchestra and some of the golden age actors any day! My mom and dad are a big part of that though, always introducing me to old movies and music.

Honestly though, I think there is a more raw nature to these films, music and fashions. More raw talent. We have so many tools now a days to make things easier, and back then if you didn’t have it, it was a lot harder to fake it. I still have yet to see a musical made in today’s world with someone who can tap his way through looking so natural, as if it weren’t choreographed, than Fred Astaire. And don’t even get me started on Judy Garland! The moment she steps into frame, I’m practically at a standstill just absolutely captivated by her, her voice, her presence, her delivery and commitment. 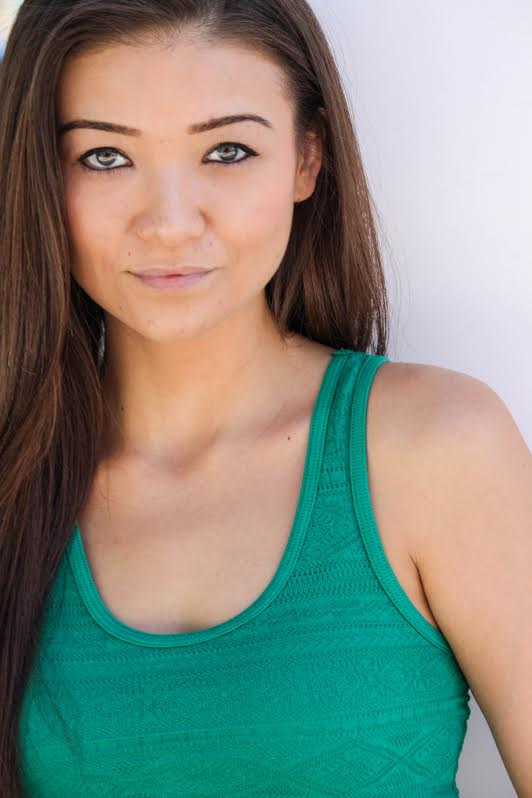 5. What was the experience like the first time you were on a film set for your first role? What did you learn from that experience?

The first time I was on set was for HBO, and I was a complete nervous wreck! But, I stood tall, strong and focused because I was there to do my job as an actor. I learned that you don’t have to be perfect — it’s okay to mess up. I think so many actors are groomed to be 100% all the time, and sometimes when you are on set it just doesn’t happen that way. Be open, don