The Deranged Minds behind the recently released controversial slasher Red Eye have begun raising funds for their next feature length film INVERTED.

The synopsis for Inverted sounds like a crazy good time, and we know the force behind Red Eye can deliver on that promise! Fans can take part in the film by joining the Indiegogo campaign set up by producers Tristan Clay and Destinie Orndoff at https://igg.me/at/INVERTYOURSELF.

In a world paralleling the 70s, a centuries-old cult known as the “Inverts” kidnap four individuals against their will to recruit for the holy war against the second coming of Christ. From a homosexual hippie, drug- addicted prostitute, man in drag, and a pedophile priest; they’re all deemed to be choice victims to invert through various initiations that push past the most brutal of boundaries. 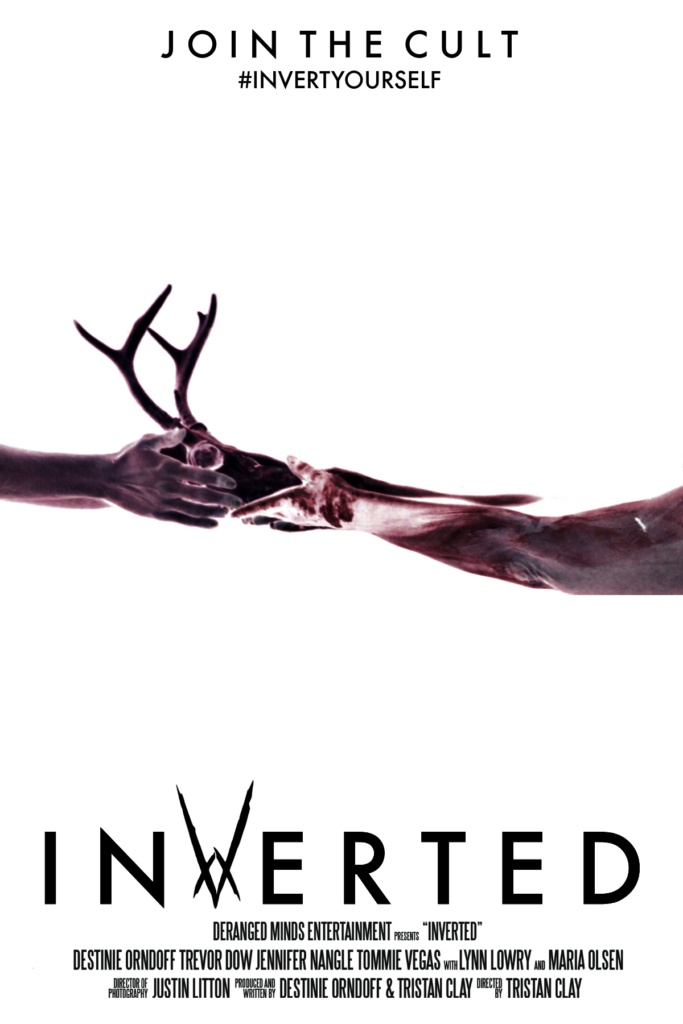 Filmmakers Clay and Orndoff had this to say about the ambitious new project that they describe as The Lords of Salem meets A Serbian Film:

“With this film, our main goal isn’t only to deliver an insanely intense, horrific piece of cinema; but to improve from our past work — to the character development, how we present our story, the special effects, everything. We promise to bring you a horror film made by horror fans. We have learned so much since we shot our first feature and want to make INVERTED go above and beyond.”

Anyone who donates as little as $5 to help bring this project to fruition will receive some incredible perks for their support, including digital downloads, apparel and merchandise, screen used props, film credits, and/or a copy of the film on DVD, Blu Ray, and even an exclusive VHS release.

Fans can learn more and help make INVERTED happen by visiting the Indiegogo page and following the film on Facebook.