Cuts & Guts: An incredible look at how the large spider in “Itsy Bitsy” was crafted, and how filmmaker Micah Gallo created strong emotional characters. 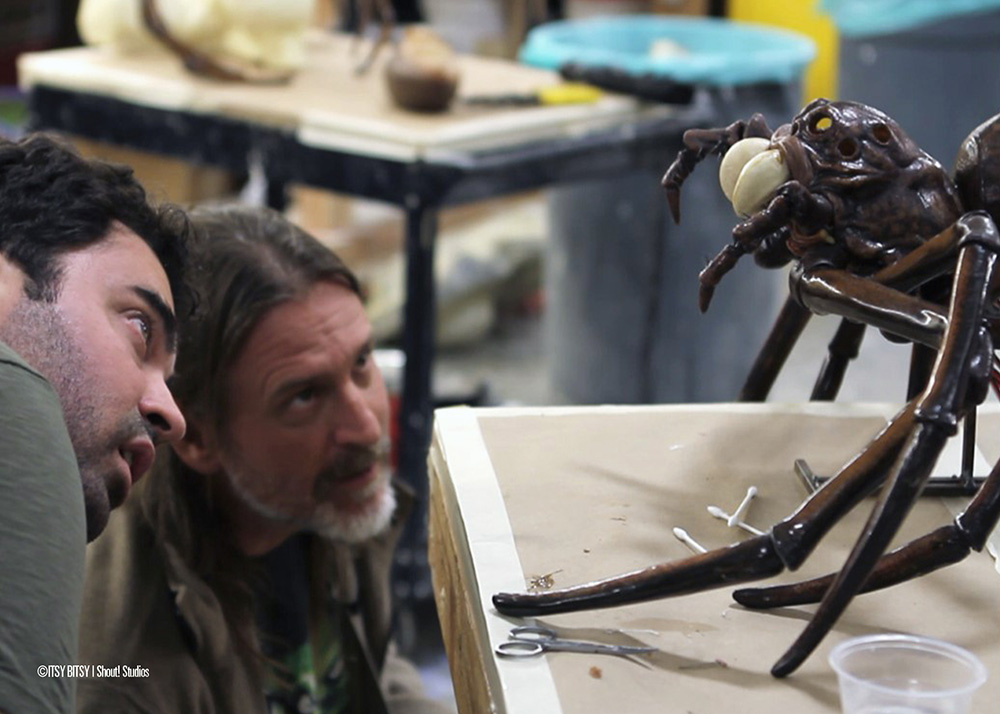 I was fortunate enough to help out with some of the “invisible” VFX on Micah Gallo’s creature feature, Itsy Bitsy. Even in this small capacity, I saw first-hand how thoughtful and careful Micah was about every detail of the film.

The movie does a great job of focusing the attention on the emotion and what the characters are going through, making it rise well above just a simple monster movie. I especially loved the kids in it. Their performances are very believable and highly likable. I’m proud of what Micah accomplished – especially with something that could have easily been written off as simply a “big spider movie”, because it is SO much more!

Having said that though, the spider is meticulously designed and the execution is superb. It’s not a schlocky monster that pops up suddenly, then just as quickly, leaves the frame. This creature is a full-blown character with a complete story arc. I honestly think that the spider effects in this film blow away any that have come before it.

Now on to my chat with Micah… 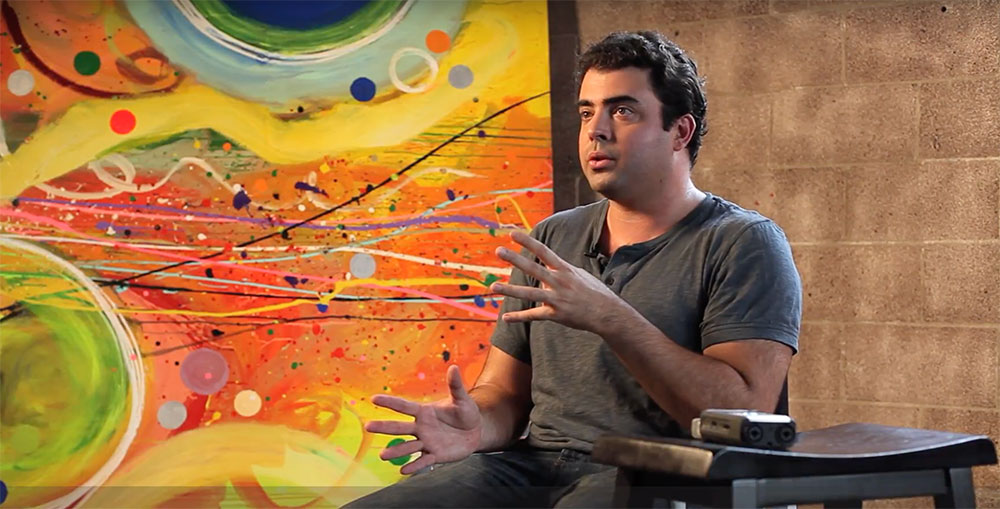 1. What drew you to the VFX part of the film industry?

I’ve always been fascinated with magic. My favorite part of movies is effects. But really, as far as the company Lit Post that I formed with Tyler Hawes, it just kind of happened. I was working with Tyler on a short film called Wick based on a feature script I had written. He approached me to team up with him. I was more interested in directing at the time, but he convinced me it would be a good career move.

We never made a lot of money at it. But we learned a lot working on 40 films and helped a lot of indie films get great production values for not very much money. We almost never got credit for the amazing work we did, but we invented some new techniques that were pretty cool at the time. 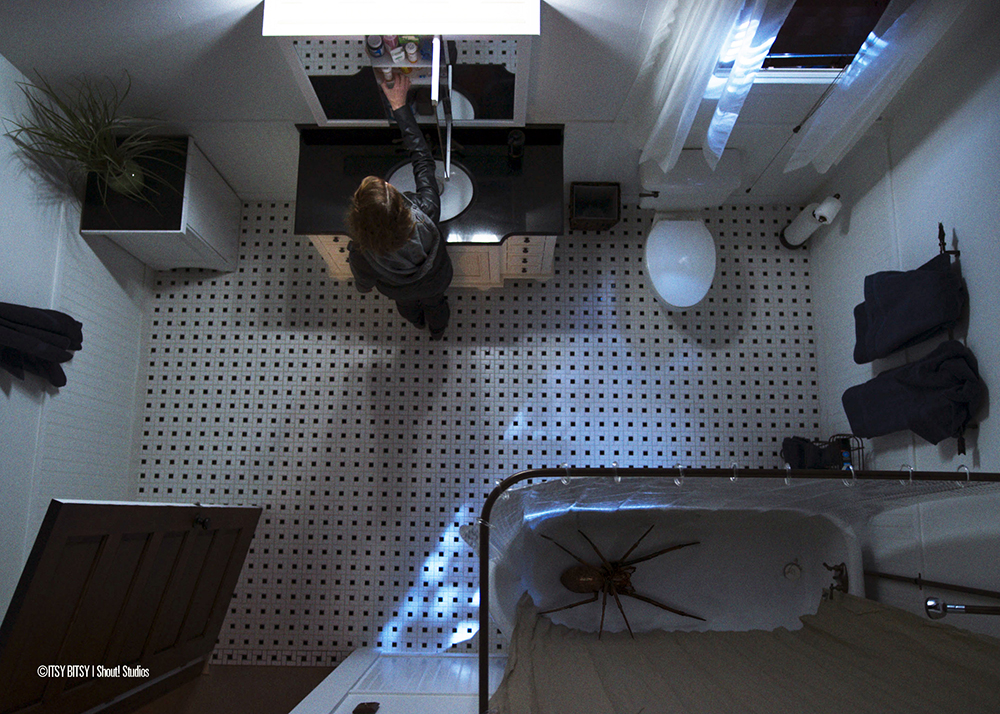 2. How did the idea for Itsy Bitsy come to you, and what interested you most about the project?

I wanted to make a spider film with a very specific size and quality to the spider. To see the details of it but still have it be able to hide and behave the way a spider would. I was surprised it had never been done before and that we were the first to do it. Most importantly, I wanted it to be a real character. I guess my own fears really came into play, because I was always afraid of spiders biting my feet in the middle of the night when I was a kid. Thus, I wanted to make a movie about what I thought was scary. 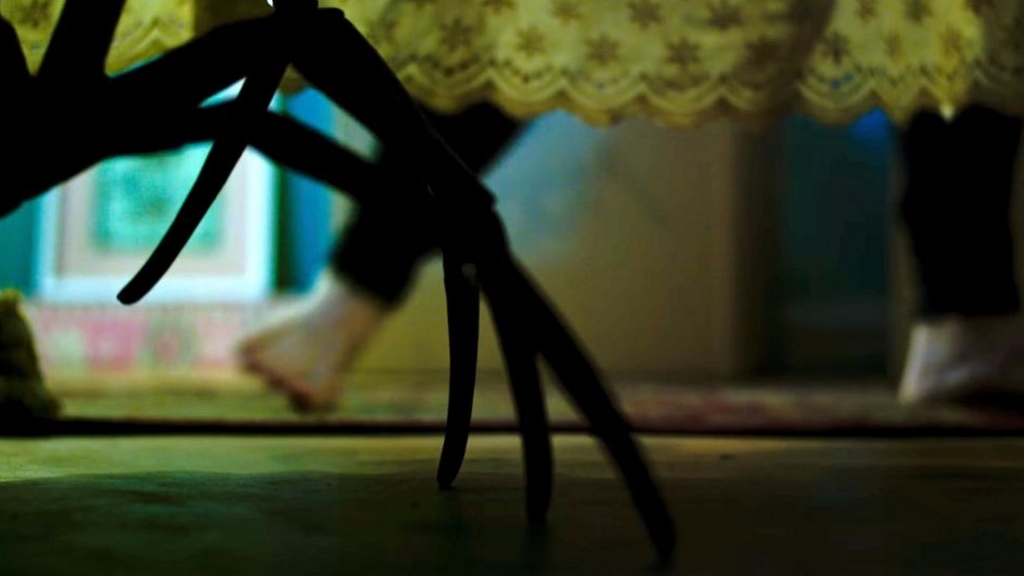 3. This is the most badass looking spider I’ve ever seen in a movie. The design is beautiful, disgusting, and stands alone as something unique. Can you talk about the research and development that went into this creation?

A lot of research and development went into it actually. I did my own crude drawings of it during the writing phase so myself and co-writers could envision it. I bought a bunch of real spiders (pinned dead ones) and studied them under a magnifying glass. Watched a lot of nature channel type videos for behaviors and qualities I liked. I had references for each detail, and then I went to Mario Torres with those references. We worked together, and he sculpted the prototype beautifully out of clay. Then Pedro Valdez made molds from that.

We then did some rehearsals and early tests with my friend Christian Beckman at Quantum Creation FX. I learned I needed a good performer. Later when it came to making the film, I met Dan Rebert and fel