It may have been snubbed at the Emmy Awards, but “Midnight Mass” is a masterpiece, and the lack of recognition belies its brilliance. Opinions are subjective. One could consider that statement a universal truth. Artistic merit is never an objective fact, though. Facts can’t even be applied to a creative venture.

“What demographic liked it?”

“What makes it good?”

Questions like that can’t be answered by facts. When things like money and subscriptions are measured, then you can realistically bring facts into it. But none of those little digits have anything to do with the essence and power of the work.

Artistic evaluation and criticism are esoteric. There’s no room for facts inside the infinite freedom of subjectivity.

The purpose of this mildly intelligent string of words is to examine what seems to be one of those scarce subjective facts. The Television Academy (Emmys) has nominated Mike Flanagan’s Midnight Mass for a well-deserved best sound editing Emmy. And… (crickets) nothing else!

Proceed with caution. Professionalism may quickly evaporate as you read this. 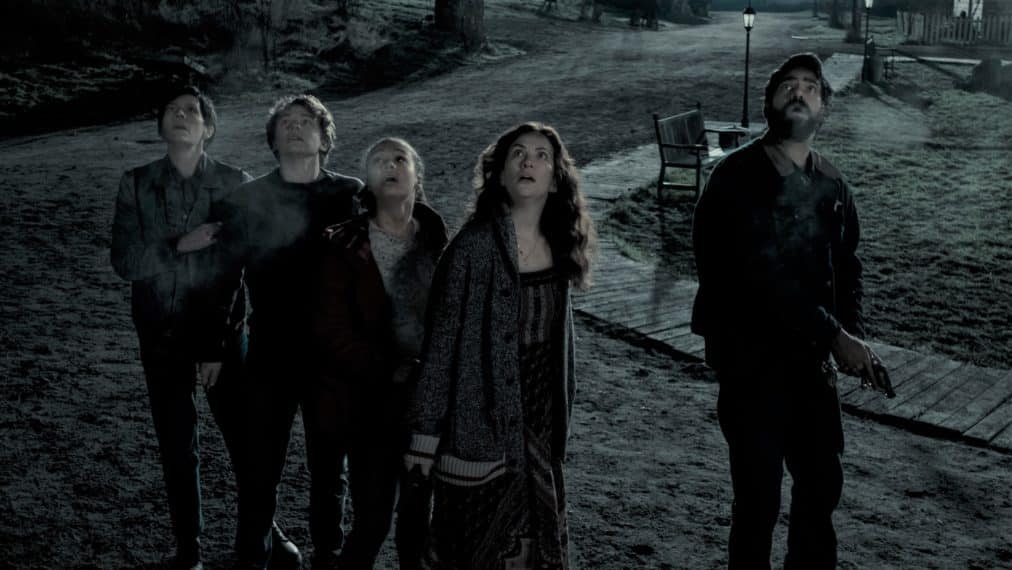 The Emmy voters are 24,000+ strong. And not one of these soulless fucks found Midnight Mass worthy of any nominations?

That objective fact is un-fucking-fathomable. Granted, to shake one’s fists in the air and curse those who don’t share your subjective opinion is a waste of time.

But it flies in the face of all things artistic and good in the cosmos to watch Midnight Mass and respond with a “meh”.

Except for the Sound Editing nomination, it has been completely ignored. Why? Are there a lot of Catholic twits in the Academy? The answer to that is, in all probability, a fat, grumpy “no”. Plus, it’s monstrously important to occasionally remind Christians that they fucking ruined their precious Jesus and turned him into a mascot to make money.

Let’s go back to objectivity for a moment.

Has this obnoxiously protesting writer, yours truly, seen the other shows nominated this year? Besides season 2 of Euphoria, no, not really.

Granted, that objective fact destroys credibility, but in this case, the rules of objectivity should be drastically rewired.

We will take the subjective wonders of Midnight Mass and consider them to be objective.

Midnight Mass is one of the greatest television shows in history, and it matters not how objectively incorrect that statement is. Right now, we will reject that reality and, as they say, substitute it with our own.

There will never be another series like it, ever. Its specialness in that regard alone should have made it an Emmy magnet.

As Erin, Kate Seigel portrays a woman quietly, patiently, and optimistically rebuilding her life. When her old romantic interest Riley returns to the island to also reassemble his existence, they instantly find some new common ground in their old friendship. Their mannered courtship is just one of the many beautifully understated interactions between the characters.

Hamish Linklater, as Father Paul, is a holy hive of overwhelming emotion and suspicion. There are several different ways his terrible deeds (admitted by Father Paul himself) could be interpreted. But malice isn’t one of them.

Is it possible to commit terrible deeds with good intentions? Is it even more disturbing to do terrible things and not recognize them as terrible?

When a show inspires questions and discussions like this, it becomes crystal clear that it warrants recognition.

But famously foolish fuckery has buried it under a soundboard. Thinking about this assault on the imagination while maintaining a quiet mind is impossible.

However, using our twisted new take on subjectivity/objectivity, we can declare Midnight Mass the winner of everything, then storm the castle until all 24,000 cuntmuffins are dealt with.