The Creeper IS returning!

Jeepers Creepers 3 is officially NOT off the table! A sequel to the 2003 installment to the “potential” franchise has been confirmed not to be cancelled by Stan Spry (producer/manager) during a public conversation between him and a fan. 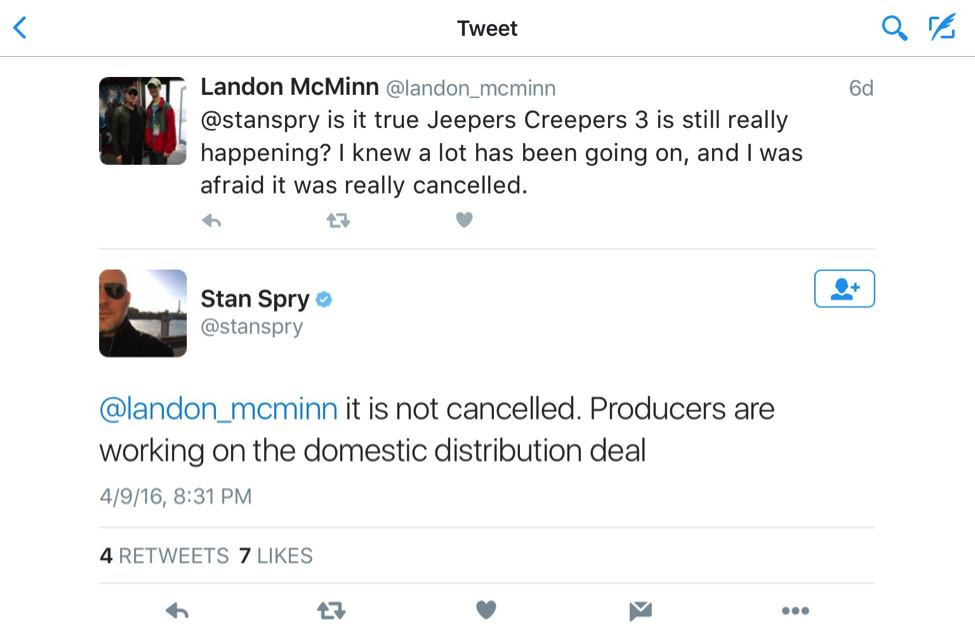 The whole reason (if you haven’t caught the news) everybody thought it was canceled was twofold. For one, the film was really not getting the exact funding it needed to get off the ground in the past years. Second, when it finally was moving forward, the director’s past came back to bite him in the a**.

Victor Salva, the director who helmed Jeepers Creepers 1 and 2, is a convicted child molester. Yeah, you read that right. Salva was convicted of sexual misconduct with then 12-year-old child actor Nathan Winters, who played a leading role in his 1988 film Clownhouse. Charges included videotaping one of the encounters with the child and being in possession of child pornography. He was sentenced to three years in state prison, but only served 15 months.

Details of Salva’s criminal past resurfaced due to a casting notice for Jeepers Creepers 3 posted by Breakdown Services, which was subsequently pulled from the site after the Union of British Colombia Performers caught wind of it and spread the word of the director’s past to talent agencies in the Canadian province.

“It has recently come to our attention that a casting breakdown has gone out for a feature film entitled Jeepers Creepers III, and that the director of the film, Victor Salva, was convicted of sexual misconduct in 1988. The conviction allegedly resulted from misconduct involving a minor whom Mr. Salva was directing at the time. At this time we would like to remind our members and their agents that, under Article A2702 (Safety & Welfare of a Minor) of the BC Master Production Agreement, a performer has the right to refuse work if they believe that the nature of the work is unsafe.”

Jeepers Creepers 3, once widely believed to be done for good, seems to be moving forward while producers work on a domestic distribution deal. In another fan tweet, Spry confirmed the film is set to be released next year. 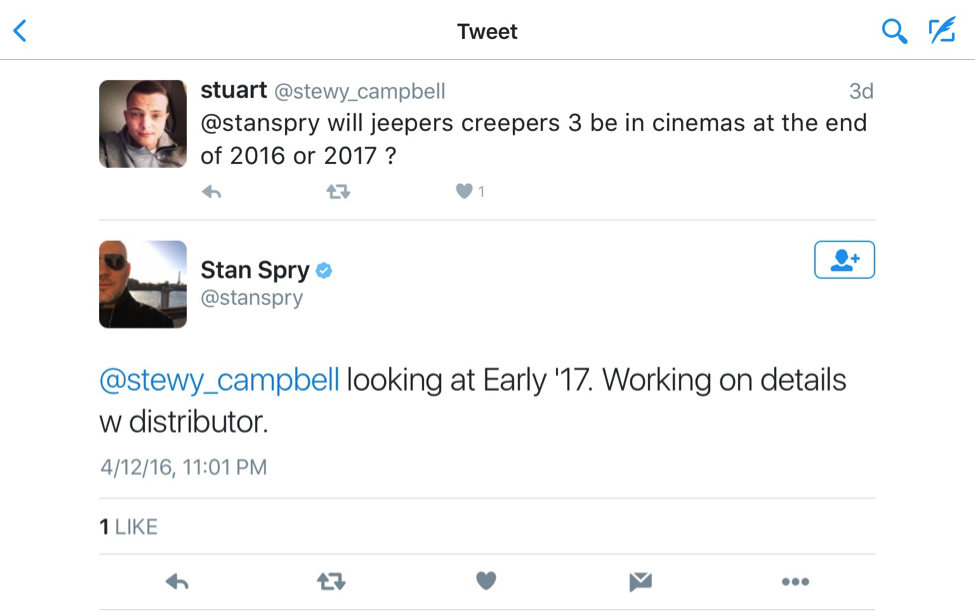 As the last day of The Creeper’s twenty-three day feeding approaches, Sergeant Tubbs and a righteous task force are hellbent on sending The Creeper back to hell… for good!

The sequel is reported to be an “origins of the beast” sort of film, unearthing what and where the demon was born from. Starring Gina Phillips, (reprising her role as Trish Jenner), Brandon Smith (Sergeant Tubbs) and, of course, Jonathan Breck reprising his role as The Creeper. It’s also been reported that The Creeper’s van with the “BEATNGU” license plate is to play a major role in the film. 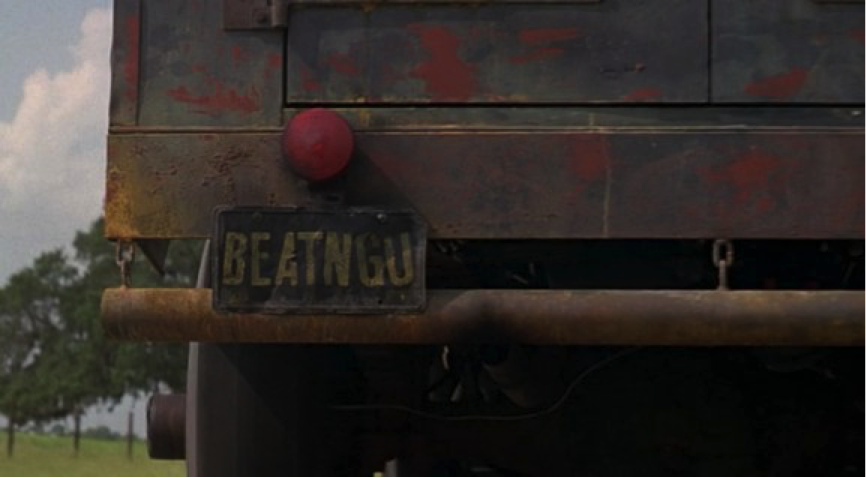 Filming was reported to have been/or will be started this month in Vancouver, Canada, with returning director/writer Victor Salva. Sources indicate an early 2017 release date. The return of Darry (portrayed by Justin Long) has not been confirmed.

For more updates from this author follow him @HMZHorror