After official announcements to the contrary, Adrienne Barbeau announces she will not be joining the cast of Jeepers Creepers 3.

Word has it horror icon Adrienne Barbeau is actually NOT starring in Jeepers Creepers 3, contrary to reports from us and other news outlets. The genre legend confirmed this unfortunate news on her official Facebook page.

In her post, Barbeau implies she HAS seen the JC3 script, which confirms she was in the running for a role in the creature sequel. Also according to BD, the actress was/still-is listed on the official cast list. This means she WAS cast in a role but will no longer be appearing in the film. That, of course, begs the question: Why did she step down from the project?

Barbeau was supposed to be joining the cast as a character named ‘Gaylen Brandon’. She would have starred alongside returning heroine Gina Phillips, reprising her role as Trish Jenner, alongside Terminator Genisys star Brandon Stacy, Chester Rushing (Stranger Things), Gabrielle Haugh (Mother, May I Sleep With Danger?), and Ryan Moore (Pitchfork), among others. 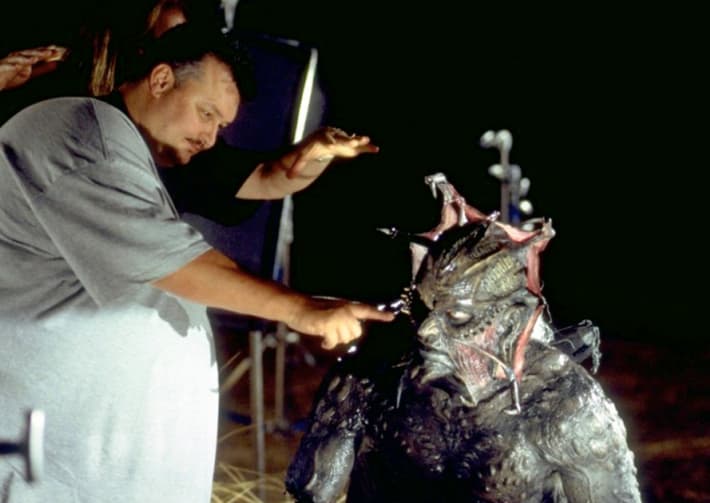 Controversial filmmaker Victor Salva on the set of Jeepers Creepers

Is it possible that Barbeau’s change of heart had something to do with direct Victor Salva’s troubled past? We can only speculate. But interestingly enough, in the wake of the icon’s announcement, a petition went live boycotting the sequel due to Salva’s criminal past. We spoke all about Salva’s past in a previous post. But, to catch you up, the infamous director served a short 15-month sentence for molesting a 12 year old boy, who at the time was a star of Salva’s 1988 film Clownhouse.

The petition is aiming for 1500 signatures and is just a few short of that at the time of this post. Once the petition reaches its goal, the next step will be to persuade theaters to refuse to screen the film.

As it currently stands, production is still moving forward on the beleaguered film, with shooting taking place in Baton Rouge, Louisiana. The sequel is said to follow the story of series heroine Trish Jenner, twenty-three years after the Creeper’s feeding. She’s now a successful professional and mother to a son named Darry, whom she fears will suffer the same fate as her late brother Darry: Killed by the Creeper.

I’m sure this is not the last we’ll hear about the latest installment of the popular but controversial franchise. Stay tuned for all the latest news as soon as it breaks. And be sure to sound off in the comments below letting us know if you’re excited to see this film or if you support the call to boycott the film due to Salva’s criminal record.