A terrifying trip down the fabled road of cosmic horror, “Yellowbrickroad” is a polarizing, nightmare-inducing film with a hell of an ending. 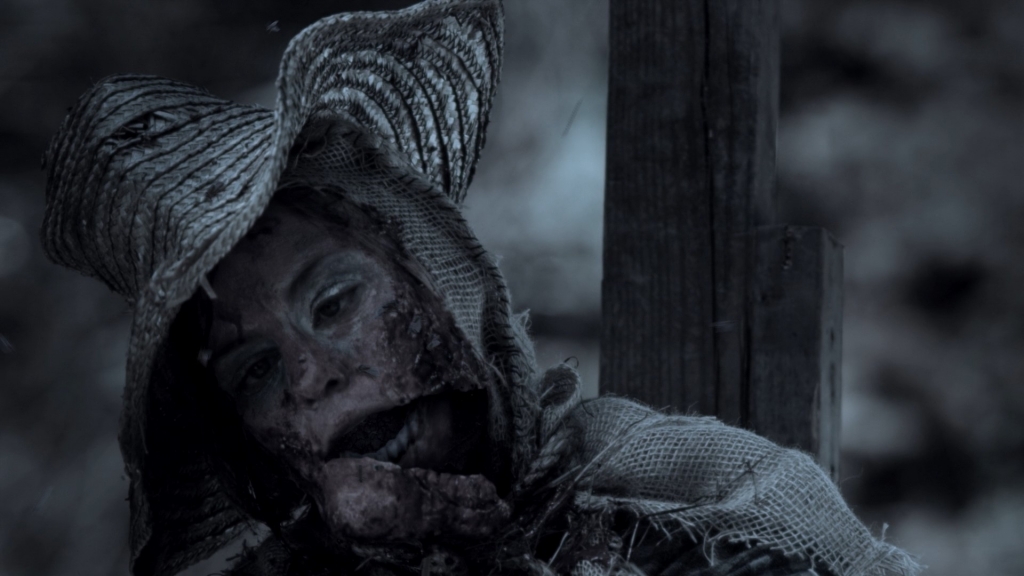 “Pay no attention to that man(?) behind the curtain.”

Don’t be fooled by some of the lazier reviews of YellowBrickRoad (2010), which may lead you to believe that it is rooted in folk or “Rural Gothic” horror just because of its similarity to The Blair Witch Project and very tenuous association with the phenomenon of mass disappearances.

It is neither of those genres, and any such comparisons fail to recognize the actual plot of the movie.

The tropes of being lost in the woods, so-called found footage, and dealing with mounting hopelessness are mere devices in the greater scope of cosmic horror, which is at the real center of YellowBrickRoad’s haunting story.

“Now all my tales are based on the fundamental premise that common human laws and interests and emotions have no validity or significance in the vast cosmos-at-large.” — H. P. Lovecraft, letter to Farnsworth Wright (1927)

Come, let us reflect on this list of Cosmic Horror Films from yesteryear:

Also known as “Lovecraftian Horror” (after controversial English author H.P. Lovecraft who pioneered it), this subgenre is very hit-and-miss in movie form. 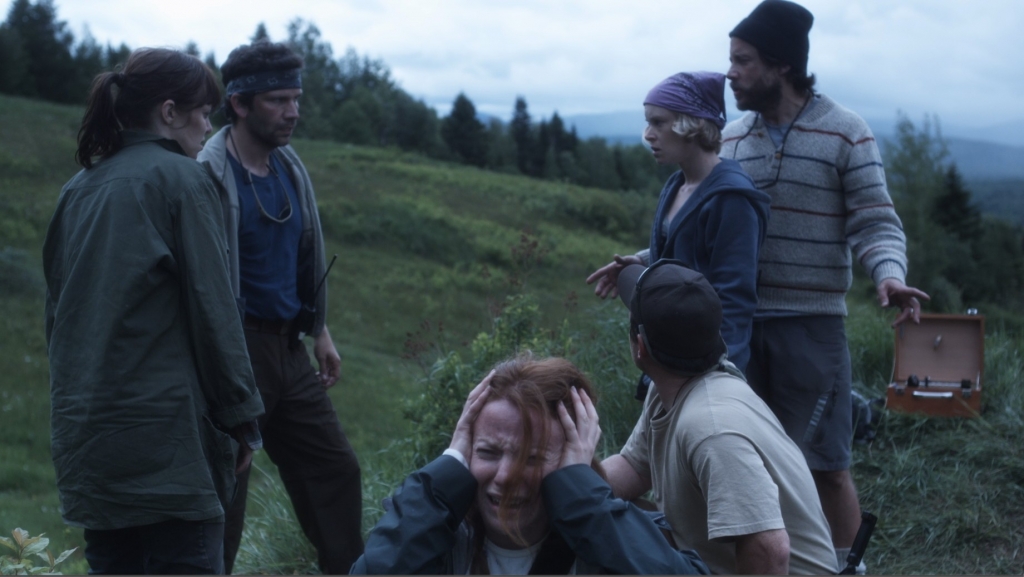 People usually either love or hate these films, especially their endings, which tend to be downers (for example, I personally think the ending of The Mist was bupkis, but thousands apparently thought it was brilliant – hey, they’re allowed to be as wrong as they want).

YellowBrickRoad is no exception.

Winner of Best Film at the 2010 New York City Horror Film Festival, this oddly titled movie written and directed by Jesse Holland (We Go On, The Crooked Man) and Andy Mitton (The Witch in the Window, 2022’s Harbinger) is getting a second life thanks to a 10th Anniversary home entertainment release that arrived on 8/9 on loaded Blu-ray (for the very first time), DVD, and VOD.

But even a cursory web search will tell you that both critic and audience reviews are about 50/50, making it just as polarizing as American politics or any number of other terrifying subjects, including other cosmic horror films.

One reviewer goes so far as to beg the audience not to watch the last eight minutes of the film. I wouldn’t recommend that; the filmmakers deserve to present the ending they intended the audience to see.

But what I will say is that if you don’t like a “big cosmic reveal” like in The Beyond or even The Black Hole, then you may want to pause the movie after its apparent climax, take a quick bathroom break, then finish it so that you have a sense of what a different ending may have felt like.

But first things first…why is it called YellowBrickRoad? 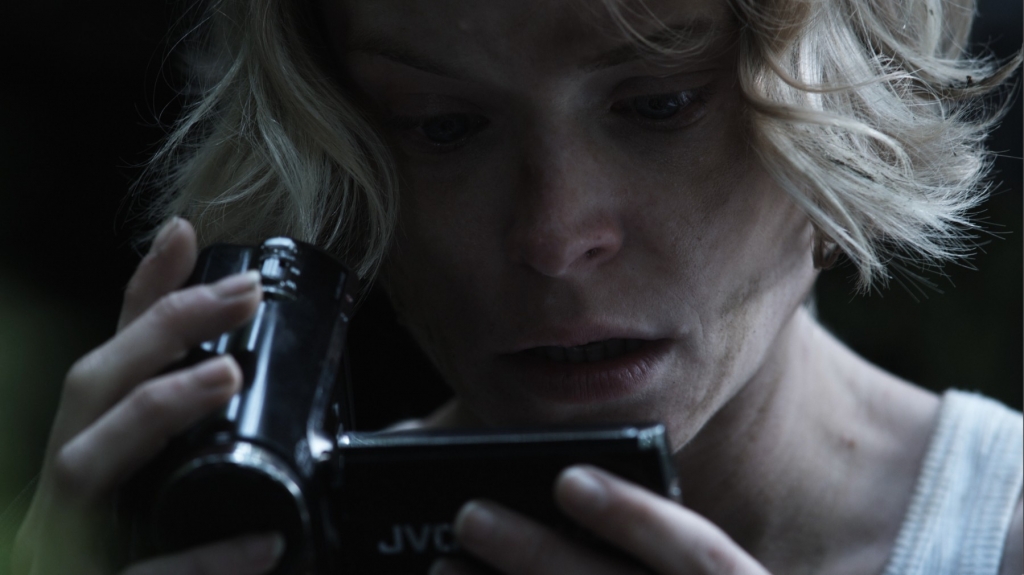 The answer lies in the plot.

In 1940, everyone in the town of Friar, New Hampshire (over 600 people) left without taking anything with them after a mass viewing of The Wizard of Oz, prompting the trail they took to be dubbed The Yellow Brick Road. According to historical records, only a little over half of the townspeople’s bodies were recovered: some frozen to death, some brutally murdered, while the remainder were never found.

The U.S. government designated the townspeople’s “trail of death” as classified, though the town eventually repopulated.

As in many cosmic horror tales, a case of “curiosity killed the cat” soon follows the film’s opening — a creepy government recording from a sole survivor of the incident in 1940 who is clearly insane — with the main protagonist Teddy (Michael Laurino, Marriage Killer) receiving a mysterious bundle of declassified files from an even more mysterious man.

The stranger (veteran TV actor Lee Wilkof) apologizes for all the previous years of inconvenience to Teddy and his wife Melissa (Anessa Ramsey, the 2011 Footloose remake). They have been trying to obtain the information for years to exploit the story for a documentary film.

Teddy doesn’t even bat an eye at the unprompted mention of his wife, so titillated is he by the previously forbidden knowledge. Soon, he teams up with several experts to begin the documentary in earnest.

The film then snuggles into one of my favorite tropes, that of the “mass character introduction” so popular in action films from the ‘80s and lampooned in movies like Austin Powers. This one is more like Ridley Scott’s brilliant Prometheus, though, with a sense of excitement shared by the film crew as they each introduce themselves and wax hopeful about the journey into mystery ahead of them.

The documents recovered by Teddy, of course, contain the coordinates of the “Yellow Brick Road” the town took to their doom. 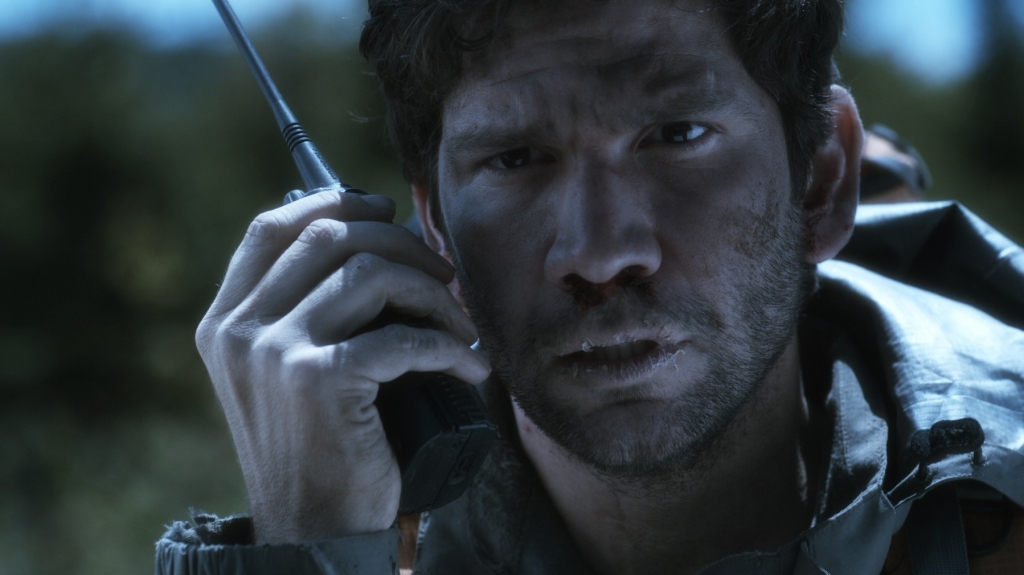 They soon embark on their journey with the assistance of an employee named Liv (Laura Heisler) from the town’s theater which, as luck would have it, turns out to be the starting point of the infamous trail.

Liv tells the group that her grandfather had some knowledge of the incident, though some of her fellow investigators find her claim dubious at best.

For a while, the crew gets along great, occasionally stopping to give us “psychological updates” for future found footage posterity and speculation as to what happened on that fateful day in 1940. Still, before long, they aren’t in Kansas anymore, so to speak. And as the late, great Clarence Williams III famously quipped in Tales from the Hood, they are “about to be knee-deep in The Shit.”

This particular Shit, it turns out, consists of the crew slowly going insane, thanks to unknown, unseen forces, including bizarre and deafening music seemingly coming from nowhere.

As this weird symphonic cacophony blares, Daryl brutally murders his sister, showcasing some excellent practical FX sure to please any gore hound. Cy and Ted