The Killer Movie Channel is a very inexpensive, must have streaming service for fans of horror — especially lovers of cult and exploitation classics.

In many ways, we live in amazing times. As horror fans, we have 24/7 on-demand access to a wealth of classic and modern horror — including cult and underground titles that were previously all but impossible to gain access to. I happen to be a rabid fan of physical media, but maybe that’s because I’m ancient enough to remember a time before streaming media was an option…a time when VHS ruled the planet. As much as I may be nostalgic for those video store days and those Friday nights spent perusing the glorious shelves of my local Blockbuster, I’ll admit that it’s a real gift to have immediate, virtually unlimited access to a vast selection of genre content.

I also love how accessible streaming options make older films and cult classics to a younger generation of horror fans discovering these gems for the first time, as well as to us “oldies” anxious to relive the video store treasures that helped first shape our love of the genre.

Maybe that access to so much horror has made me greedy, but I’m always hungry for more. Like so many genre fans I know, my tastes are diverse, and what I watch varies so much with my particular mood on any given day. Thus, I love having a large library to pull from — ensuring I can find the perfect film no matter what I happen to have a taste for.

However, as much as I love having a wealth of options, multiple subscription-based services and digital streaming purchases (in addition to feeding my movie theater habit) can really drain my funds. Thus, it’s always great when a service comes along that provides a lot of variety with a very small price tag. That’s why I was thrilled to have discovered the newest streaming service called THE KILLER MOVIE CHANNEL.

For just $3.99 month (or $36 a year), subscribers get unlimited access to tons of movies that can be streamed on the PC, big screen TV, Roku box, Apple TV, iPad, and Android and Chromecast devices. The service caters exclusively to fans of horror, sci-fi, cult films and other genre programming.

Options include exploitation and cult films, classic films, horror, and even (my personal favorite) unrestored VHS classics. In the latter category, I was thoroughly impressed with the selection available, including some of my favorites from the 70s, 80s, and 90s, including Don’t Look in the Basement, Trilogy of Terror, Satan’s Cheerleaders, The Brain, Blood Feast, and many more.

If the grainy, gritty charm of old-school VHS quality isn’t appealing, you can also check out well over 100 films in HD high definition. 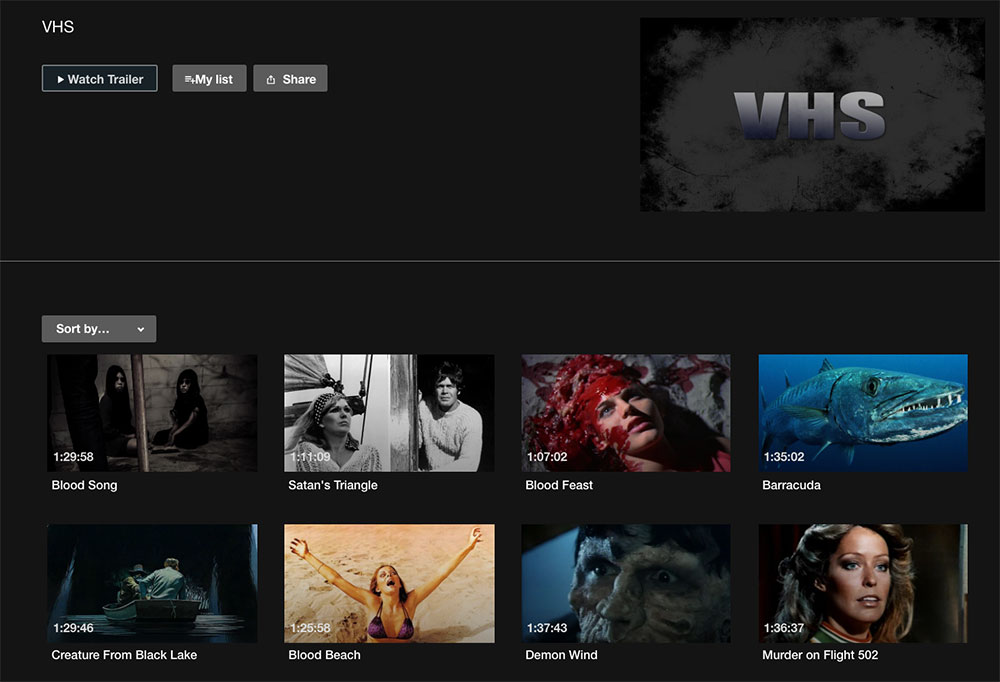 Finally, for those who truly crave a little bit of everything, the service also provides a modest collection of music videos, westerns, comedies, and documentaries — as well as many science fiction films.

I can’t wait to really dive into THE KILLER MOVIE CHANNEL and explore so many of these fantastic titles. And you just can’t beat that cost for all the content provided. For less than the cost of one digital rental, you get unlimited access to hundreds of films that should leave any horror film more than satisfied. And tons of new content is added monthly. 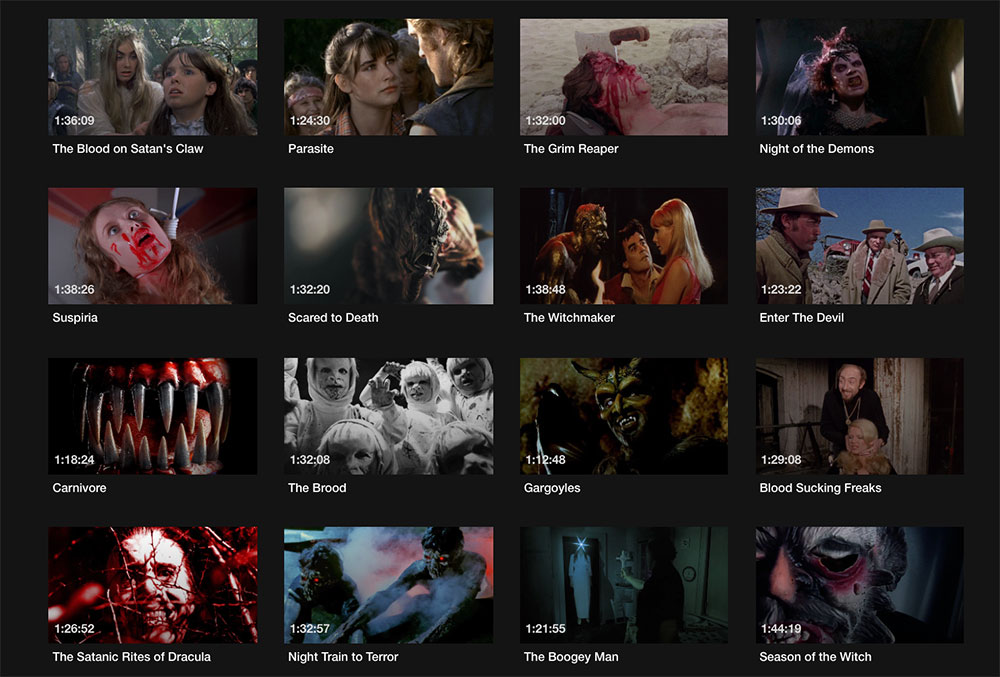 Visit https://killermovies.vhx.tv/ to subscribe now. There’s an even a three-day FREE TRIAL to let you take the service for a test run before you commit.