After an incredible weekend where I experienced so much, but still not nearly enough, I recap my time at the Spring 2019 NJ HorrorCon and Film Fest. 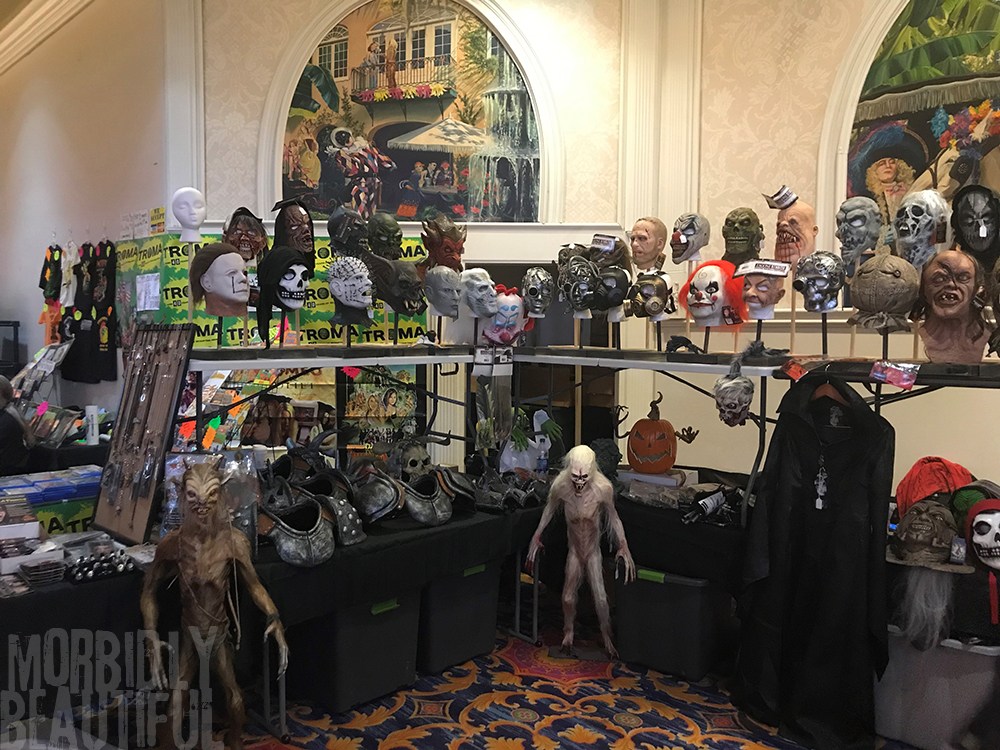 Sunday morning, March 31st, was the last day of the Spring 2019 NJ HorrorCon and Film Festival. It was also my first wedding anniversary. I sat on the couch by the Showboat hotel room window, looking out over the ocean and watching early morning joggers run up and down the boardwalk that separated the casinos and hotels from the beach.

Two conflicting thoughts were going through my mind that morning. I was happy and content to be in Atlantic City celebrating one year of marriage with my wife and in a pretty nice hotel room. I was also thinking, “I really mucked up this event coverage thing.” I moved off the couch to begin packing my bags and decided to plan one more walk-around of the convention floor. But I remained bothered by my weekend. 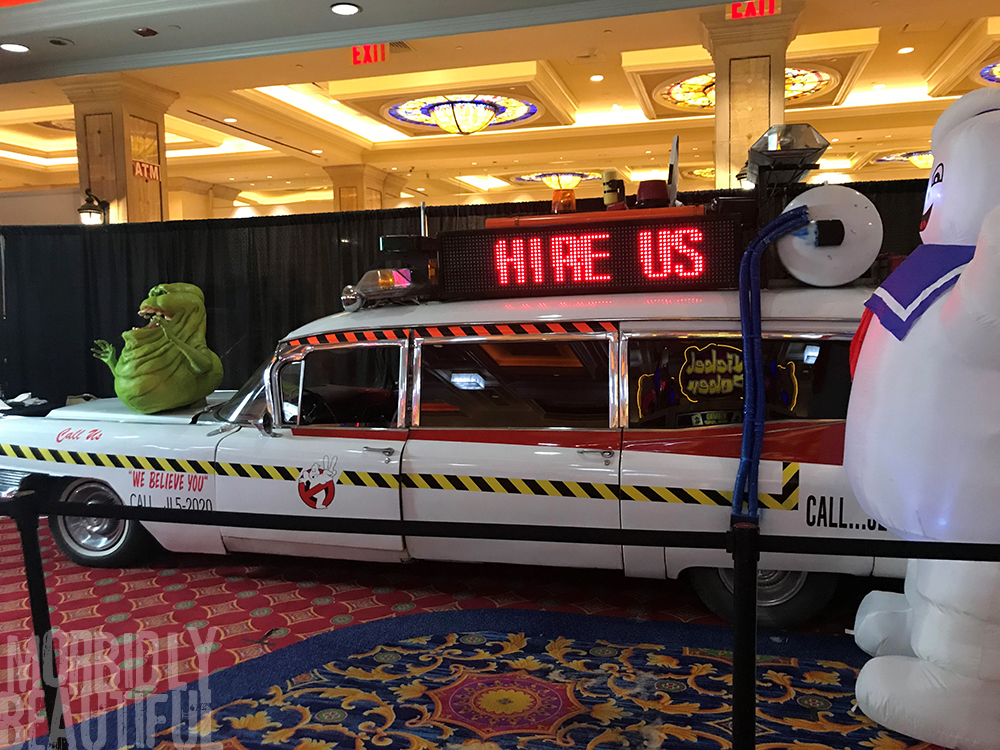 Going over the weekend’s activities, I realized that I had learned a couple of hard lessons. Before this NJ HorrorCon, I had never spent an entire weekend at a horror convention. My pre-planning for the conventions I did attend was deciding which celebrities I wanted to get a photo-op with and meet, the best time to meet those celebrities, and how quickly I could move through the vendor rooms before leaving. Spending a weekend at an event required more pre-planning from me, I realized very quickly.

I was able to get what I wanted from NJ HorrorCon, but did I get what I needed?

There are many conventions in the tri-state area. Aside from NJ HorrorCon, we have Chiller Theatre, Monster-Mania, New York Comic Con, Walker Stalker, Wizard World Comic Con in Philadelphia, and many more low-key comic conventions around New Jersey, New York, and Pennsylvania. One thing that stands out about NJ HorrorCon is the low number of celebrity guests relative to what other conventions are offering. 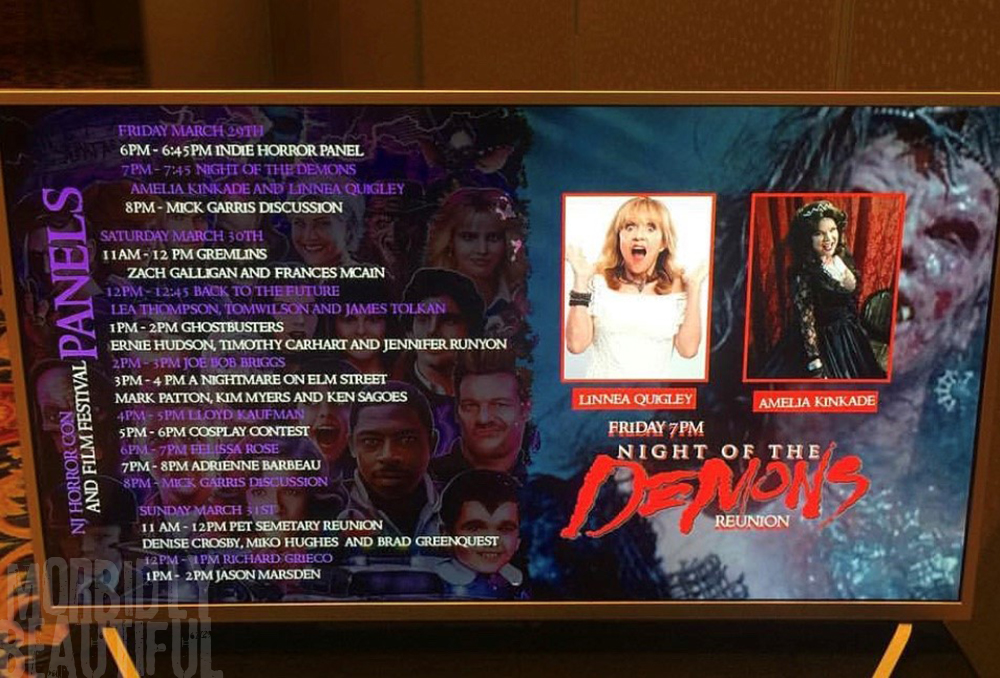 What NJ HorrorCon brings to the convention experience is quality over quantity.

The convention floor stands out, first and foremost, because it’s in one central location of the hotel. Convention goers do not require a map to figure out which room their favorite celebrity or vendor is going to be in. Vendors are situated on one half of the floor area, and the celebrities are situated on the other half. There is one location where you can pick up your wristbands or buy tickets and enter the convention floor area. The floor is spacious enough where you never feel crushed by the other convention fans walking nearby and past you. 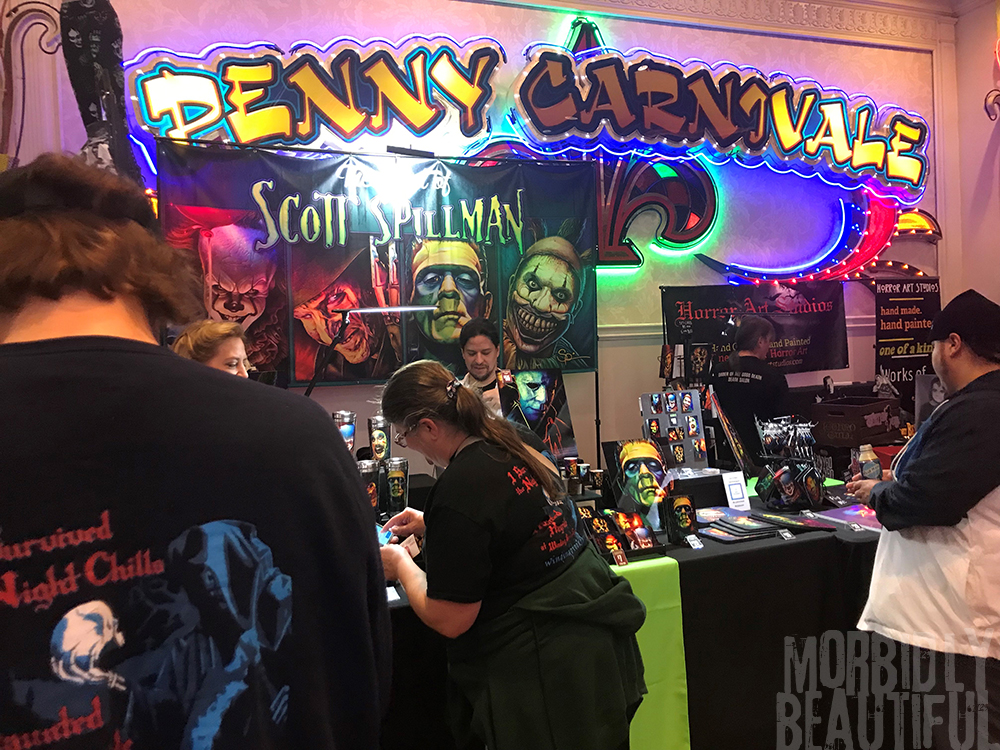 The NJ HorrorCon is not just a convention, however. The NJ HorrorCon is also a film festival, bringing in independent filmmaking talent from all over the country to showcase their horror films (short and feature length). The film festival is sponsored by Wild Eye Entertainment. The crown jewel of the Spring 2019 was a special screening of the latest Troma Entertainment movie directed by Lloyd Kaufman — SHAKESPEARE’S SHITSTORM. 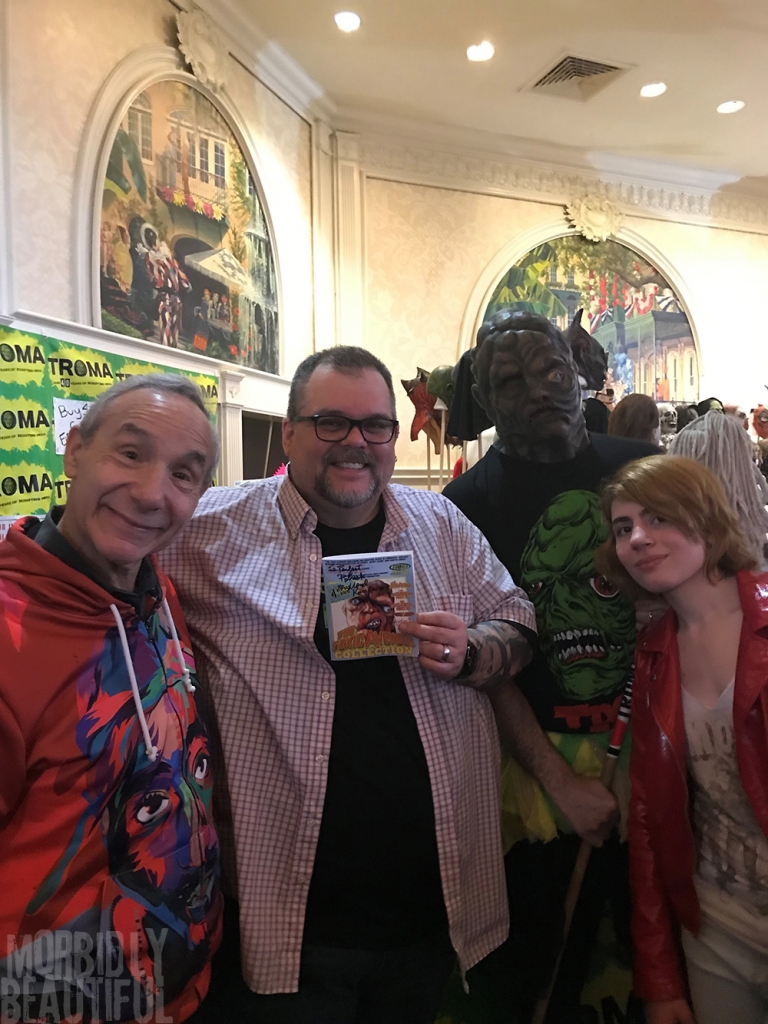 While I unfortunately missed the film festival portion, I did manage to get a seat to see SHAKESPEARE’S SHITSTORM. This screening was an early opportunity for fans to see the movie and give audience feedback at the end. The movie is still in post-production, and some scene effects had not yet been completed. I also believe the movie contained a temporary music score.

In a nutshell, SHAKESPEARE’S SHITSTORM is about the dangers of political correctness muting debate and opposing viewpoints in one of the most politically incorrect movies of recent years. It’s a message movie where the message is a sledgehammer, and it’s also one of the funniest movies I’ve seen in a while. Without spoiling too much, there’s a scene with a rubber chicken near the end that’s fantastically outrageous, and so, so wrong, but in the best way possible. 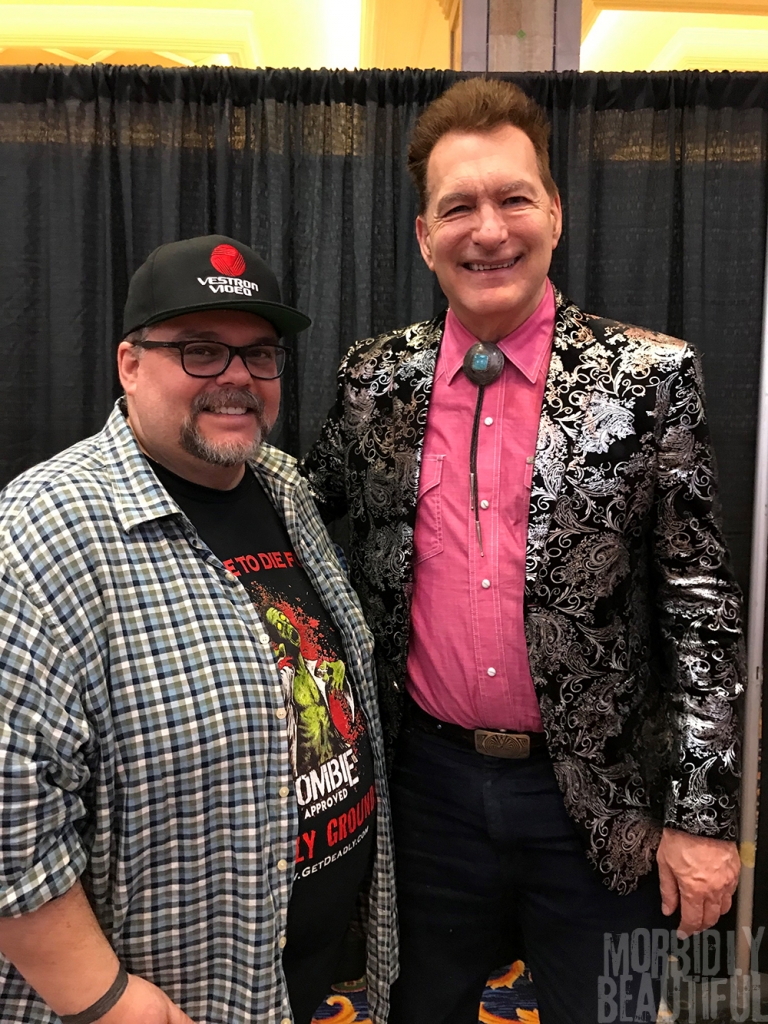 NJ HorrorCon also featured panels for the returning cast of the 1989 PET SEMATARY, two nights of Mick Garris, a Gremlins reunion with Zach Galligan and Frances McCain, a Lloyd Kaufman panel, and more!

Additionally, on Saturday night, NJ HorrorCon and 12 Bar (inside The Showboat) hosted a live performance by the band First Jason. The band was created and is fronted by Ari Lehman, the actor who played Jason Voorhees in the shocking finale of the first FRIDAY THE 13th.  I was able to witness the First Jason set, and it was high-energy heavy metal with songs about the Crystal Lake slasher, Jason Voorhees. Jason himself even made an appearance and seemed to dig the music enough to keep his machete at bay.

Make sure to check out the First Jason website at https://www.firstjason.com/ for music, merchandise, and news on upcoming performances. Trust me, it’s not a performance any fan of the FRIDAY THE 13th franchise wants to miss out on. 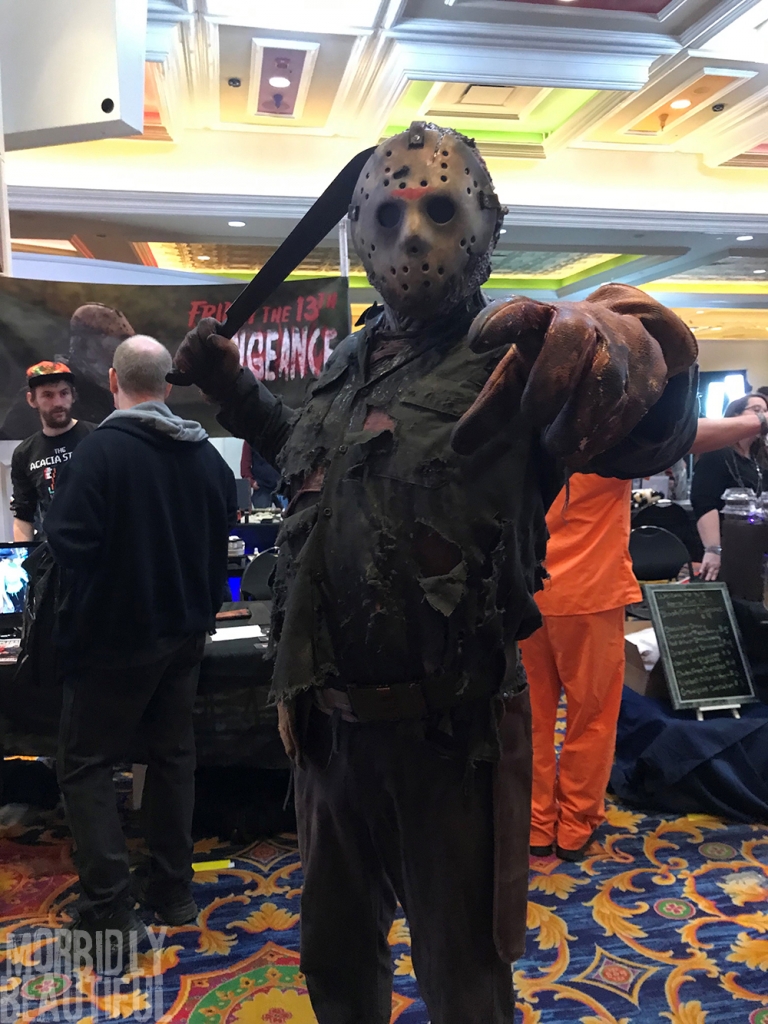 Aside from the celebrity meet and greets, what makes a great convention are the vendors, and NJ HorrorCon did not disappoint on that front. There were vendors selling their artwork, specially designed horror-themed Chuck’s and Vans shoes, a coffee vendor making sure guests had plenty of Deadly Grounds Coffee to keep them going through the day, independent film studios including one that is near and dear to my heart, D.I.Why? Films, and many, many more vendors selling VHS tapes, DVDs and Blu-rays, replica masks, comic books, a