“Krampus: A Haunted Christmas” had the makings of a frightfully fun event, but long lines and lack of planning put a damper on the Holiday Horror cheer.

Tis’ the season for bright lights, jolly decorations and joyous heartwarming fun. And what could be more fun than getting a peek at everyone’s favorite Christmas demon, Krampus. This season, Arizona’s staple haunted house Fear Farm presented Krampus: A Haunted Christmas.

Catching word of the buzz surrounding the event, it was imperative to cop a few tickets and see what the hoopla was all about. For two nights only, the Valley’s top haunted house entertainment attraction unleashed a soiree of menacing madness as the infamous Krampus dug his heels into the cold, desert landscape. An epic night of fun patiently idling in the wings. 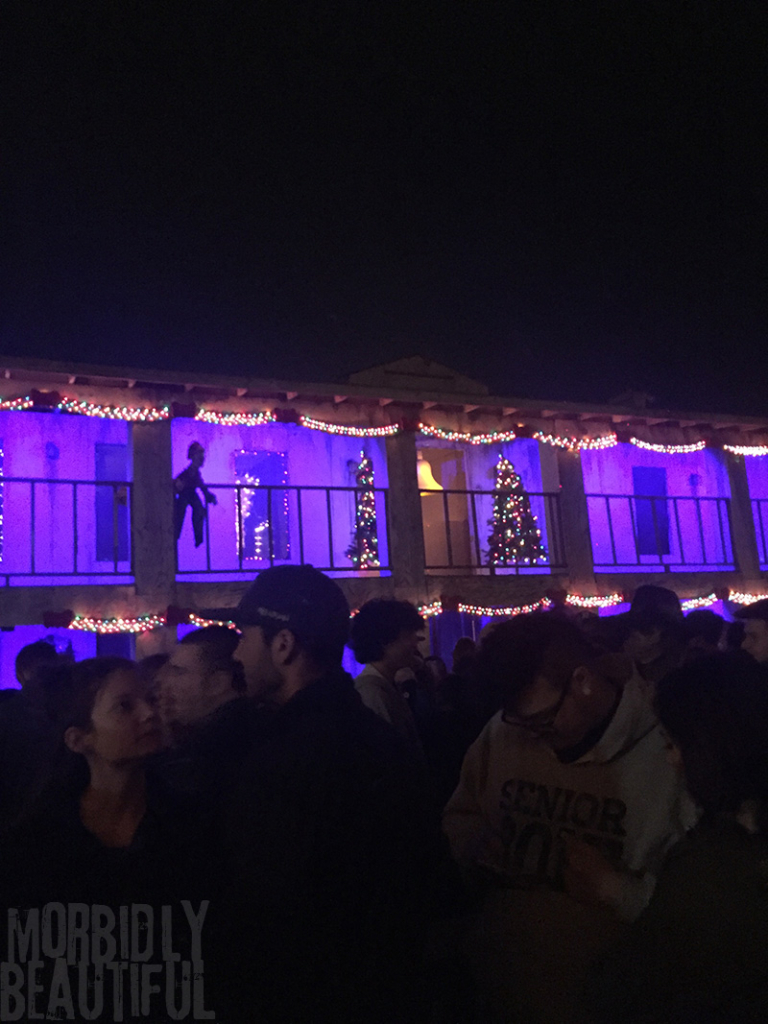 The mood was festive as a sea of ugly Christmas sweaters accompanied the usual display of lights and trees. Spirits were high, clogging the atmosphere with smiles of families and friends alike. Patrons were giddy in anticipation of glimpsing the one and only, Krampus. It was a night of morbid fun, feeding your gluttonous inner child.

That was about the extent of the event, as the fun quickly dwindled with the extended two and a half hour wait in line. What they fail to tell you, is that if you don’t purchase their fast pass ticketing option, you will have an approximate two hour wait (give or take) until the fast pass line is clear, before the main line begins to move. Had they staggered the two lines, instead of clearing the fast pass line first, the wait wouldn’t be as bad. Also, they sell a skip the line pass, in which you can skip all lines, including the fast pass line as well. 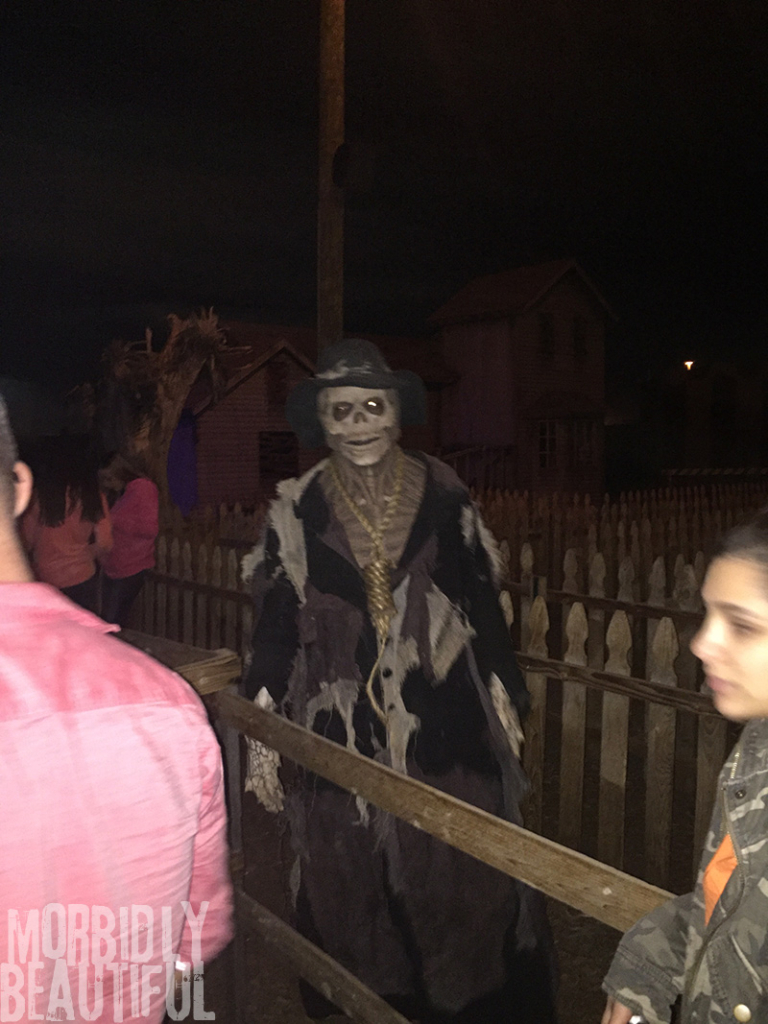 I completely understand the fast pass concept, however, that line could have waited ten to fifteen before entering, to accommodate the people in the main line that were waiting for around two, to two and a half hours. The lack of construct and proper planning, thoroughly diminished the ability of enjoyment amongst customers. In other words it’s a complete cash grab, with no care what-so-ever for regular paying customers, only those who purchased the fast pass and skip the line passes.

They’d be better off selling tickets at an upgraded price, giving all paying customers an Equal wait time. The majority of people waiting insufferably in the main line, at one point, found camaraderie over their mutual bond of anger from having to wait so long before being able to enter the attraction. And sad to say, that was where the fun actually began. 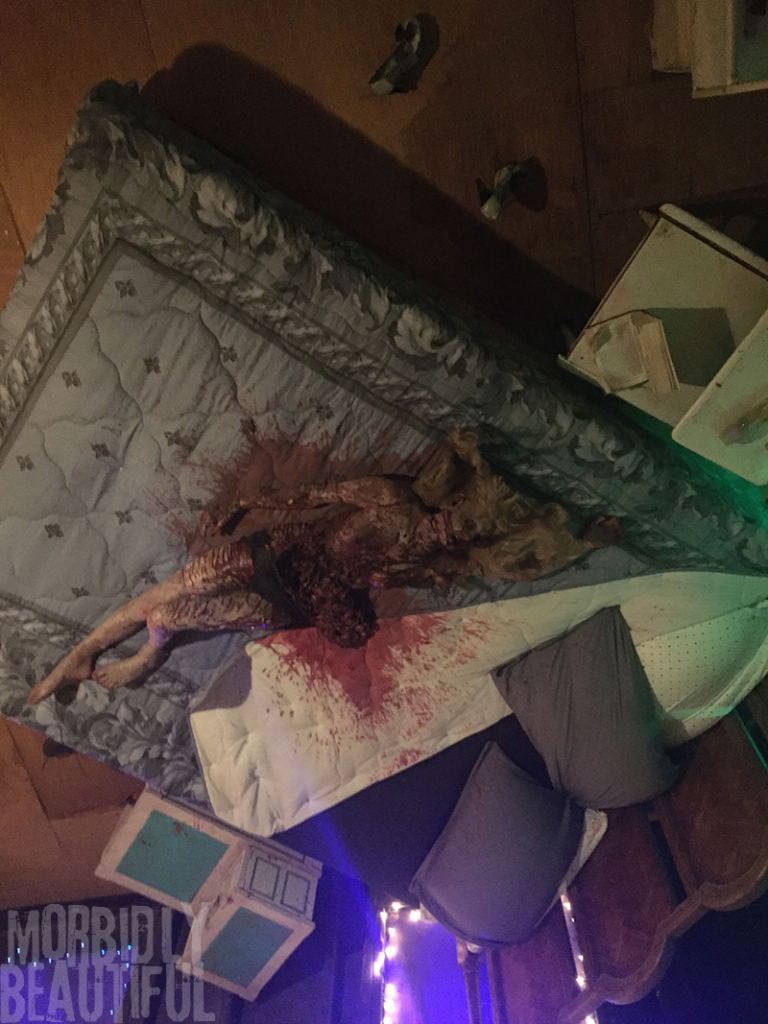 The sets were visually demanding, attracting your attention at every turn.

There were also a few employees who did an amazing job engaging customers. Specifically one dressed as an evil elf who was accompanied by an actor in a life size snowman costume (the snowman performs a really entertaining trick when prompted). Another actor who ran the hayride line (another line you had to wait in), kept the mood graciously positive with an upbeat attitude, no matter how much guff was tossed his direction.

The costumes and set dressing were probably the best thing about the attraction, as you felt completely submersed in the Winterland nightmare. For a few brief moments, you almost believe you’re inside Krampus’s lair and not in the desert. There were also two actors in giant nutcracker costumes, which honestly were the highlight of the haunt. 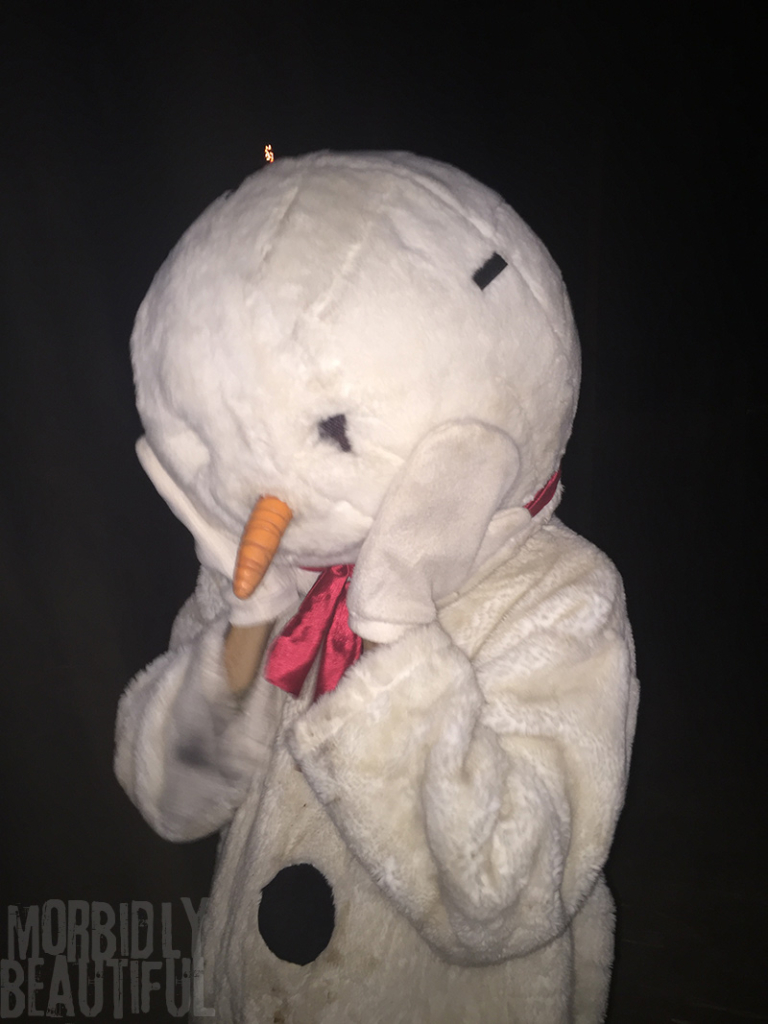 The hayride was a bit quick, as well as the entire walkthrough. The turnout was huge, but after having such a long wait in line, it made it impossible to enjoy everything the haunt had to offer, due to the negativity surrounding the wait — which was the voiced consensus. It felt as if bottom floor fell out of this pretty quickly, being there wasn’t an actual person dressed as Krampus to boot.

In conclusion, it was an aesthetically clean ride, with some fun filled moments and some dedicated acting. However, for the price of admission and the extended wait time, it sadly wasn’t worth it. It was a dreadful wait for an unfinished product. So, if you plan to attend an event as such, make sure to spend the extra few measly dollars for sanity’s sake.