Live–Evil is a horror-comedy of demonic proportions that is both visually unique and entertaining. 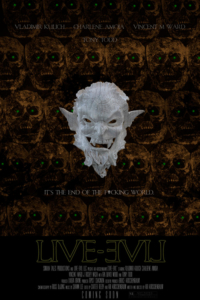 Ari Kirschenbaum’s Live-Evil (2015) is a stylized horror-comedy about a small college town that gets caught in the middle of a holy battle that could result in the end of the world. Deputy Hancock (Charlene Amoia) and Sheriff Pete (Vladimir Kulich) juggle their responsibility to keep the townspeople safe, battling their own inner demons, and fighting off hordes of the undead.

The concept of Kirschenbaum’s film is interesting, with just enough mystery to keep you watching.

The audience is left to discover the meaning behind these demonic events along with the characters, which is always an effective tool in keeping the viewer’s attention. Unfortunately, Kirschenbaum stuffs the movie with so many characters, it’s hard to keep track of them and what is going on.

Even though Deputy Hancock is clearly the protagonist, the film is not entirely from her point-of-view. 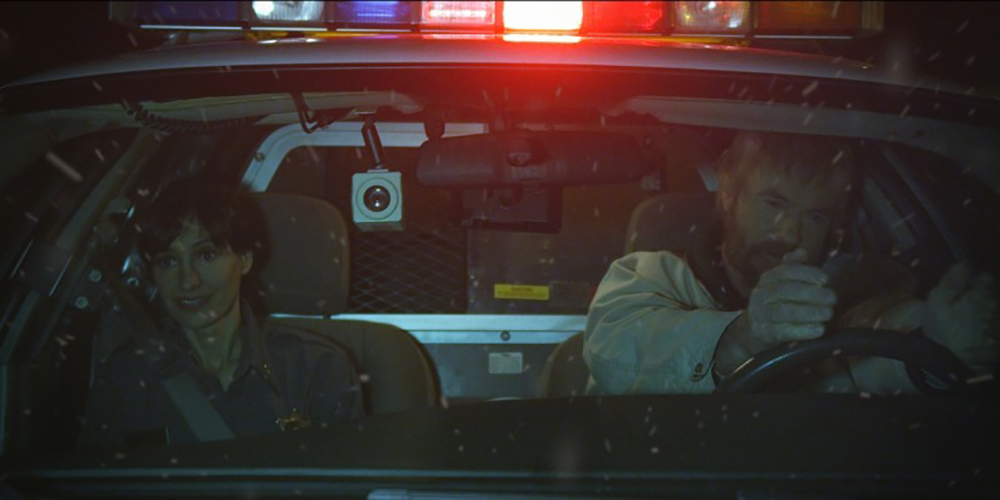 Throughout the film, the audience bounces around from new character to new character, finding out very little about what is going on in the movie. In addition to Deputy Hancock’s and Sheriff Pete’s group, we have two wanted-by-the-FBI fugitives, the two FBI agents going after said fugitives, a pastor (Tony Todd) who attempts to exorcise the demons, and a possessed officer, Sam (Vincent M. Ward), all running around town.

Despite all those groups encountering the demons, we find out next to nothing about why this holy battle is going on in the first place. 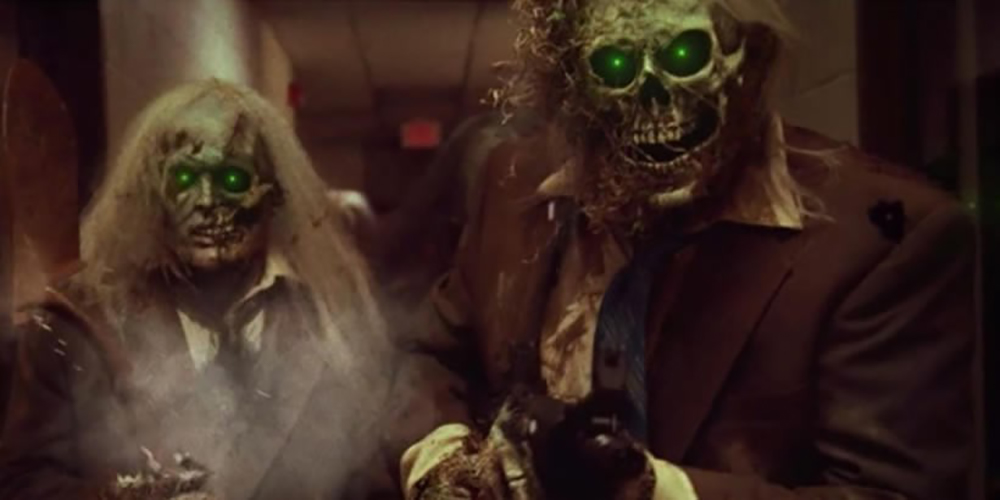 Speaking of the demons, the makeup effects used to give them their skeletal appearance is done well. The minor CGI effect used on the demons’ eyes is simple, yet effective, making them look adequately creepy. However, the CGI used for everything else (the blood splatter, gunfire, and explosions) tends to stick out like a sore thumb.

The cinematography is the most fascinating thing about the film. The first half of the film is entirely in a beautiful black and white with small interruptions of color when a character is having a demonic vision. Somewhere around the halfway mark, Deputy Hancock and her group are investigating a mysterious box that may have something to do with the demonic forces invading the town. 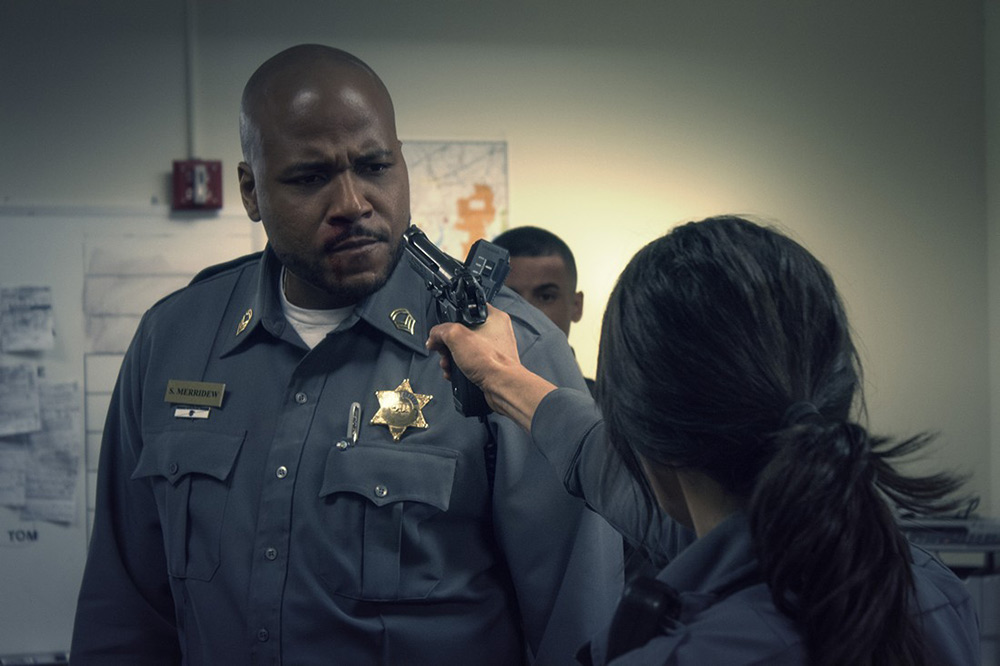 In the box are a handmade flute and a bell, which everyone is afraid to touch in case it calls more demons or something. Skeptical Professor George (Ira David Wood III) and Dean Wilburn (Tim Ross) ring the bell, which does nothing except turn the film from black and white to color. To be quite honest, I’m still not entirely sure what the switch to color has to do with the story.

Overall, Kirschenbaum’s Live-Evil could have been much better if he had just cut some of the unnecessary characters. Amoia and Kulich could have easily carried the film with their performances, and I would have been happy to be along for that ride.

As a horror-comedy, there are enough jokes peppered throughout the dialogue, but it never reaches a point where the comedy becomes too much. Furthermore, the chapter structure of the film is cheeky and fun and not unlike a Quentin Tarantino film.

Live-Evil, despite any gripes I had with it, does have a lot going for it and deserves at least one watch.